Ranbir Kapoor, Alia Bhatt happily posed with Ranveer Singh and Deepika Padukone for a picture. The two couples twinned in the shades of black!

We have already bid adieu to the year 2020 and hoping to have a blessed and peaceful 2021. While some ringed the year with a grand bash, some decided to go on a vacation with their loved ones and others decided to sleep through the night. Nonetheless, everyone had their own plans for the December 31st night and January 1 morning. Bollywood's sensational couples, Ranbir Kapoor-Alia Bhatt and Ranveer Singh-Deepika Padukone happily posed together and we are drooling over it. (Also Read: Sonali Bendre's Hubby, Goldie Behl Gives An Inside Glimpse Of Her Birthday Bash, Pens A Wish For Her)

It was on December 30, 2020, when the Kapoor family, Deepika Padukone, Ranveer Singh and the Bhatts were spotted at the airport, as they had headed out for a New Year vacation. Ranbir Kapoor was spotted at the airport with his mother, Neetu Kapoor, his sister, Ridhima Kapoor Sahni, his brother-in-law, Bharat Sahni and his niece, Samara Sahni. His ladylove, Alia Bhatt was spotted with her mother, Soni Razdan and her sister, Shaheen Bhatt. Ranveer Singh and Deepika Padukone too had joined the Kapoors and Bhatts. The celebrities had enjoyed their long vacation and had blessed us with their pictures. While they are posting some selective clicks only, we have stumbled upon an unseen picture from their vacation.

As we said that the Kapoors and Bhatts are accompanied by Ranveer Singh and Deepika Padukone, we were desperately waiting for a picture, where we could spot the couple with Alia Bhatt and Ranbir Kapoor. Looks like our wish is granted as the paps posted a picture of the two couples happily posing for the camera. While Alia, Ranveer and Deepika twinned in black outfits, Ranbir opted for a greenish-black sweatshirt. Take a look:

The paps are working on in full swing to get inside pictures of this incredible long vacation of celebrities. The Kapoors and Bhatts and their friends are in Ranthambore and had enjoyed their forest life trip. Through social media, we got hold of an unseen picture from their safari ride and we are in love with Ranbir Kapoor again. We totally loved how he played the role of an obedient damaad and accompanied his future saasu-maa, Soni Razdan, saali, Shaheen Bhatt and girlfriend, Alia Bhatt on the safari ride. In the picture, we can see Soni ji, Alia Bhatt and Ranbir Kapoor following the guidelines of COVID-19 as they can be seen wearing masks. Ranbir’s sister, Riddhima Kapoor Sahni also shared a picture of the Kapoor-Bhatt family together on her IG stories as their trip came to an end. Take a look: 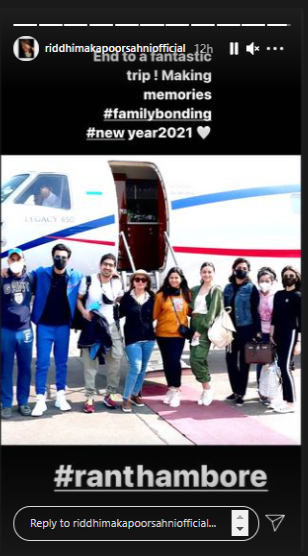 As the celebrities had enjoyed their time at Ranthambore in their forest life themed vacation, all of them were actively sharing pictures from the same on their respective IG handles. With every other picture, we had gotten to know more about their trip. From bonfire dinner to safari rides, from staying in the tent houses to their aloo parantha breakfast, we loved the snippets shared by them and want them to keep coming even after the trip has come to an end. Here is how Alia Bhatt, Ranbir Kapoor, their families and close friends had ended the year 2020! 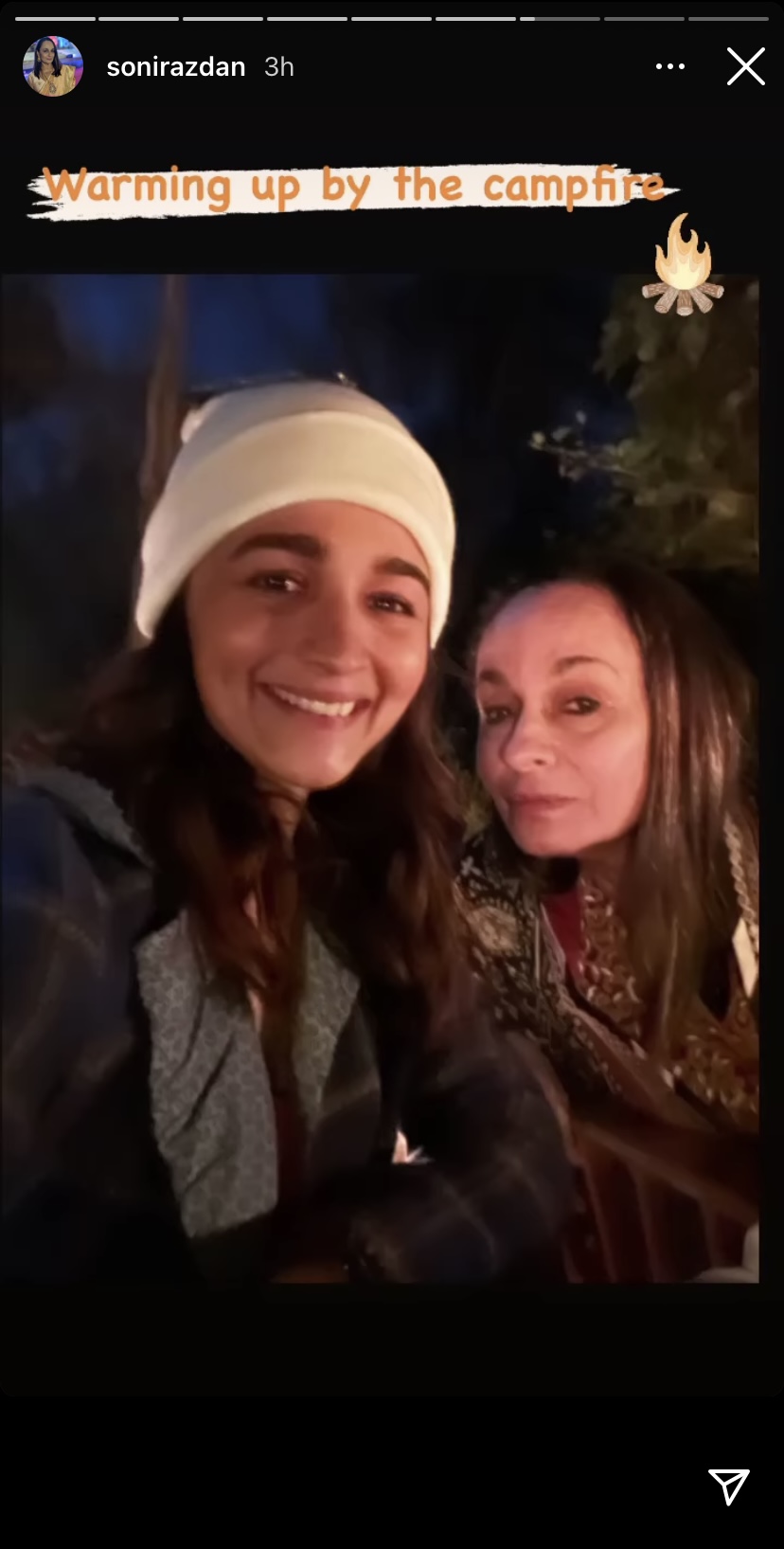 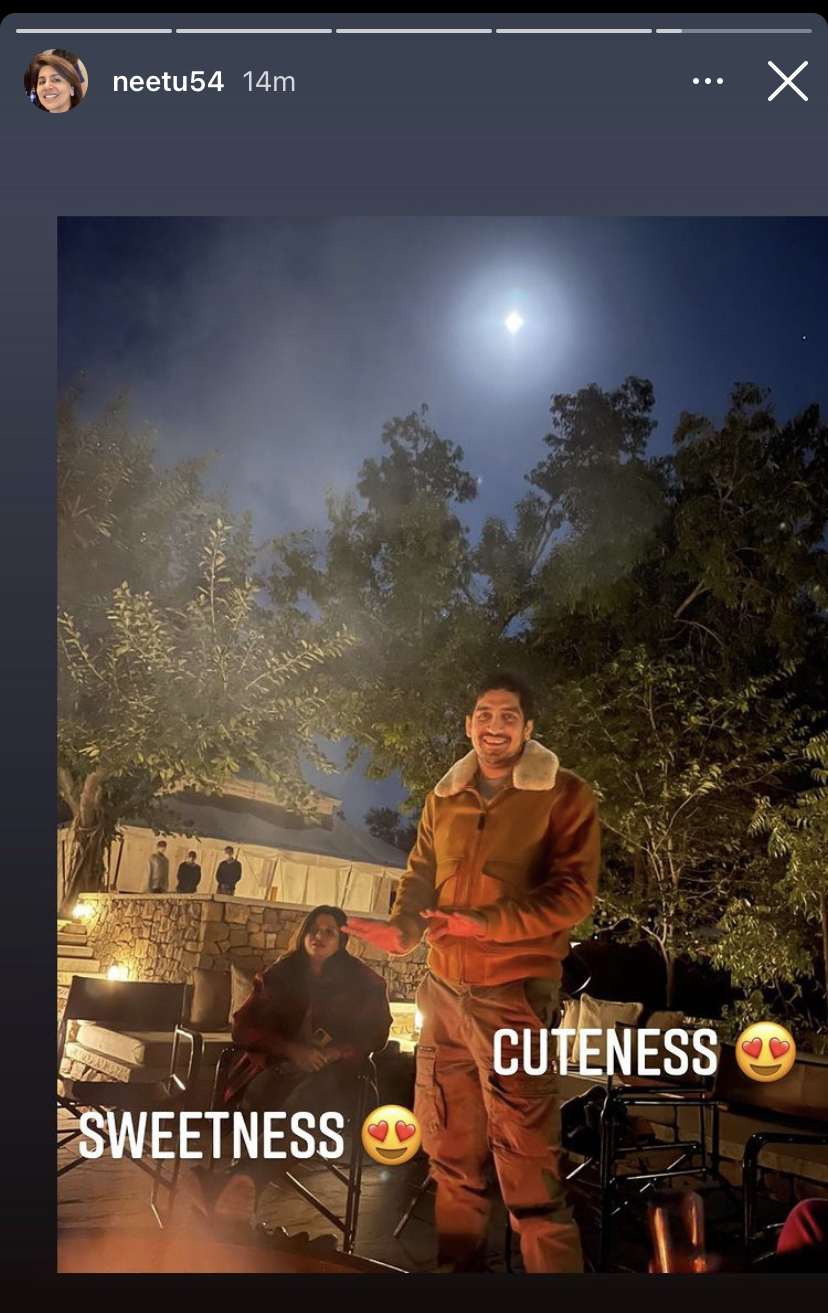 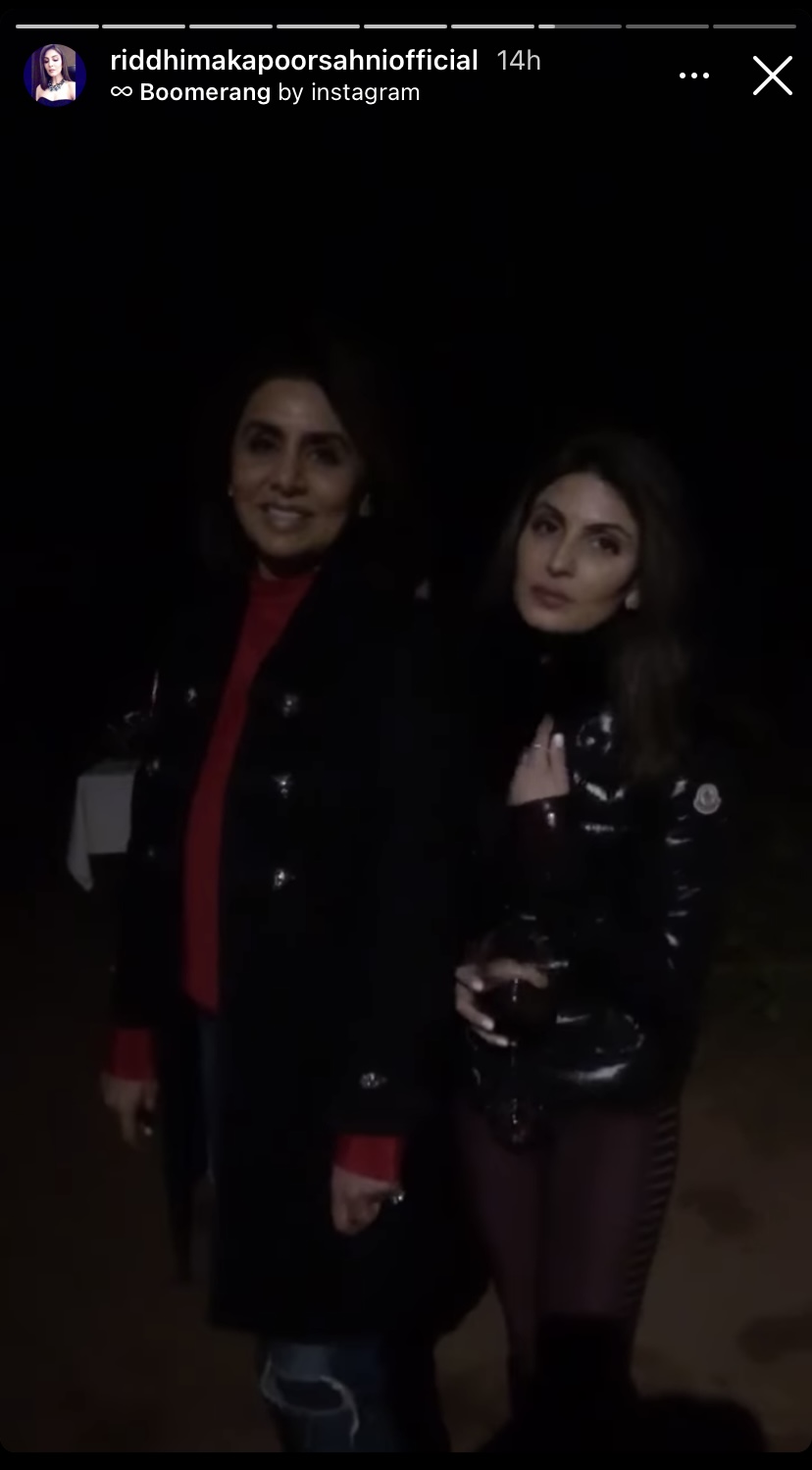 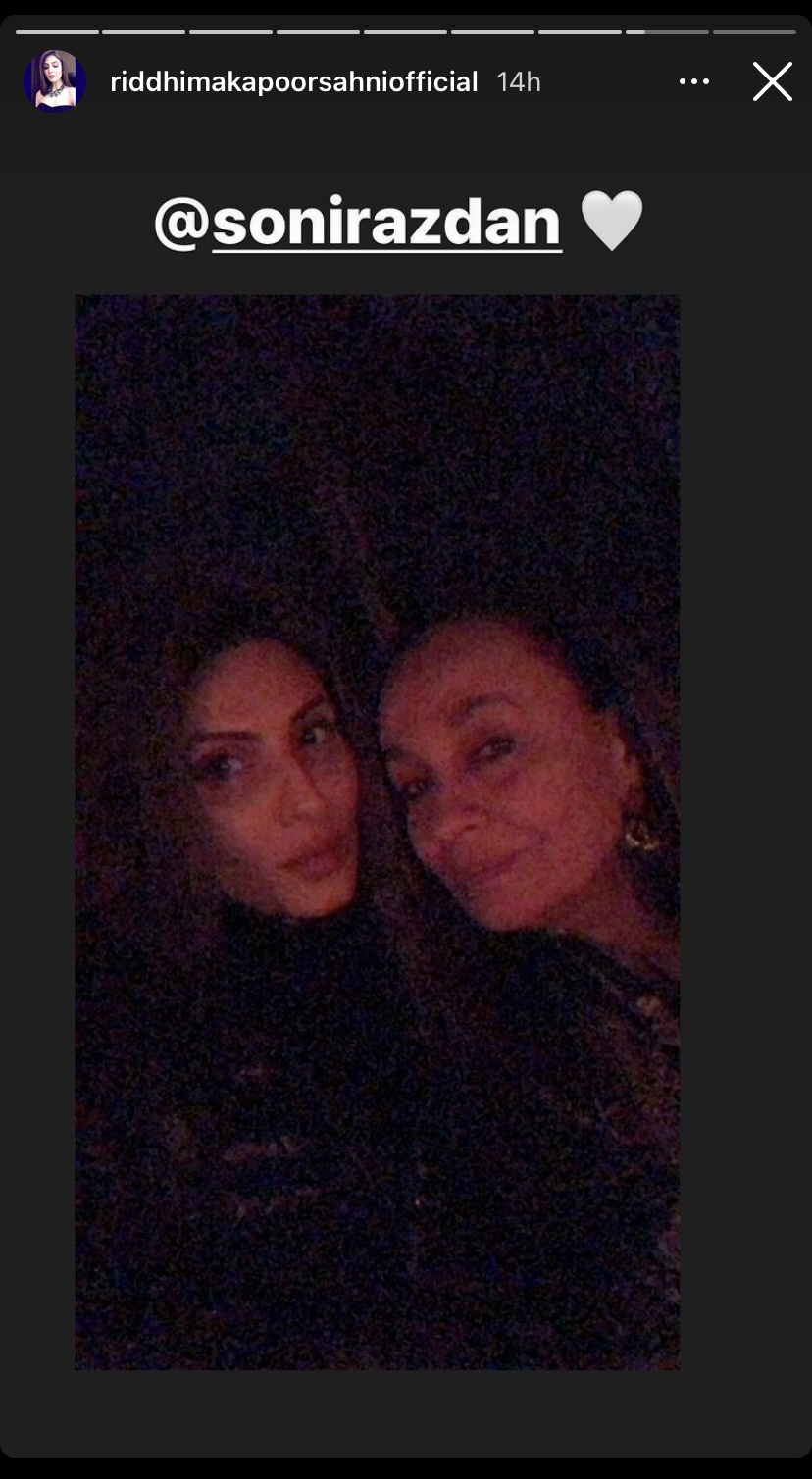 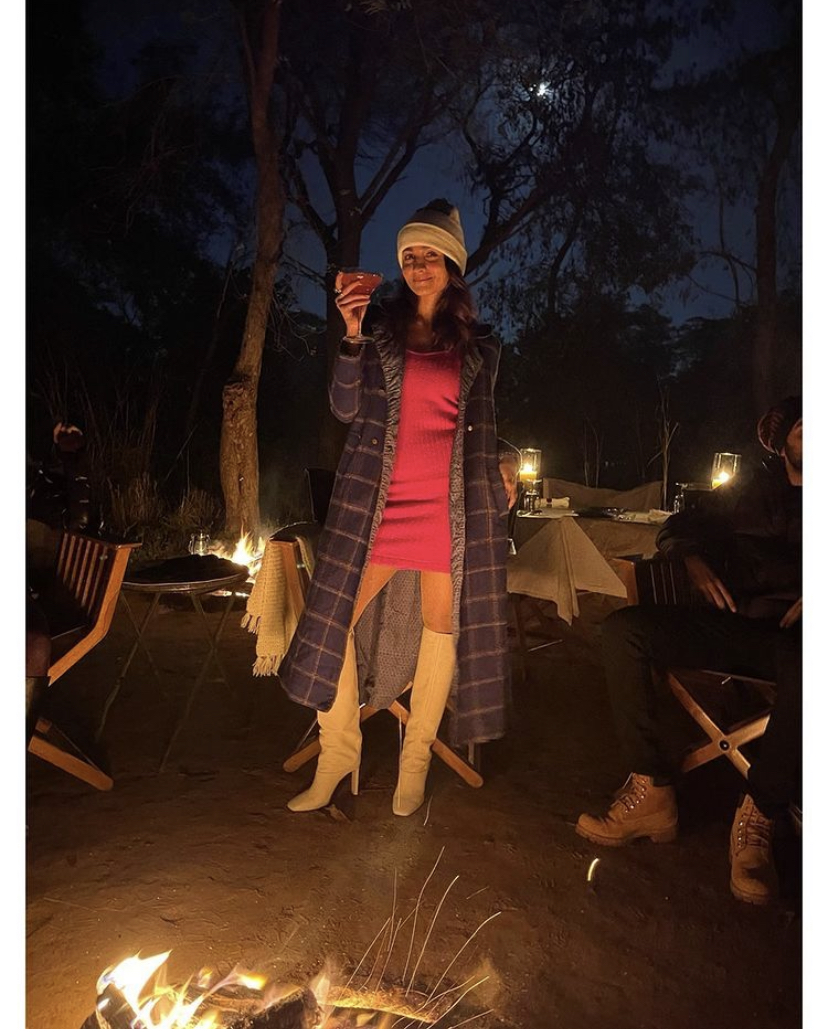 Ranbir and Alia are a huge fan of wildlife and they often make trips to the places where they can explore the wildlife. We had witnessed the same on August 5, 2019, when a cute picture of Ranbir and Alia enjoying their alone time in the midst of Masai Mara National Reserve (Kenya) had gone viral on the internet. In the picture that had gone viral, we could see the two sitting on a jeep while enjoying the view of their jungle safari. (Don't Miss: Hardik Pandya And Natasa Stankovic Celebrate First Anniversary, Their Rose-Cake Steals The Show)

In an interview with Rajeev Masand, Ranbir Kapoor had confirmed that if not for the pandemic, he would have sealed the deal with Alia Bhatt this year. When the journalist had recalled Ranbir saying that he had wanted to be married by 32 and had kids by 34 and had asked him to comment on it, the Brahmastra star had retorted, “Well, I think it would have already been sealed if the pandemic had not hit our lives. I don’t want to jinx it by saying anything. I want to tick mark that goal very soon in my life.” (Recommended Read: Mira Kapoor Reveals How She Curbs Misha And Zain's Sweet Cravings And 'Ghar Ke Nuske' By MIL Neliima) 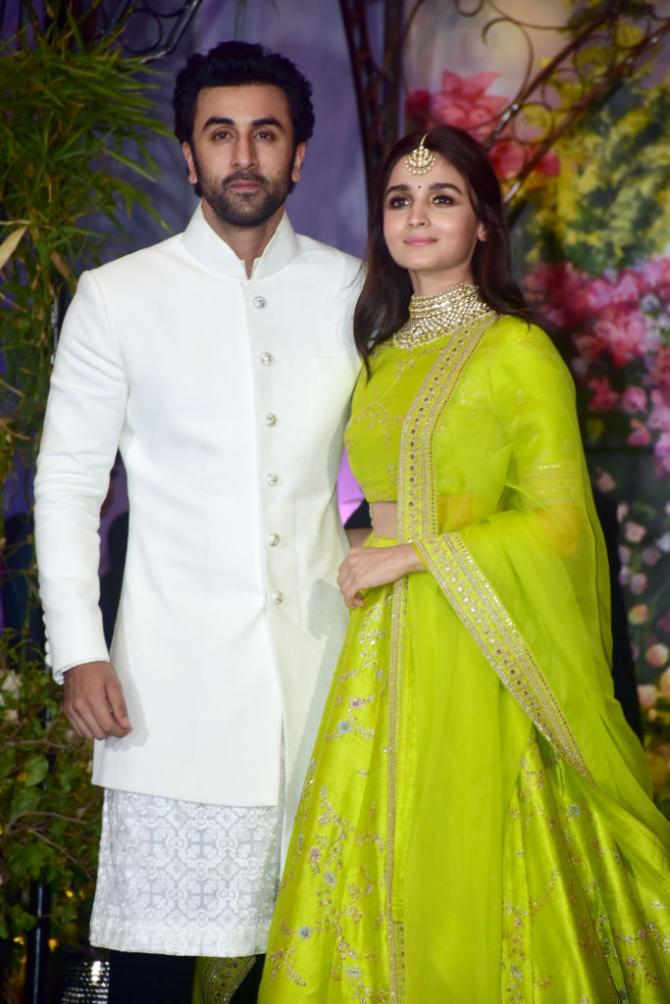 We cannot wait to see Ranbir and Alia getting married!