Superstar, Ram Charan danced his heart out with his sister-in-law, Anushpala, at her wedding and flaunted some 'bhangra' moves.

One of the most handsome actors of Tollywood and son of superstar, Chiranjeevi, Ram Charan had broken the hearts of his million female fans when he had decided to get married to his girlfriend, Upasana Kamineni. The lovely couple had got married on June 14, 2012, which was a close-knit affair attended by close friends and family, followed by a grand reception on June 15, 2012.

Elder daughter of Shobhana Kamineni and Anil Kamineni, Upasana is the Vice Chairperson of Apollo Life and the Editor-in-Chief of B Positive magazine. Ram and Upsana are the epitome of couple goals. On December 8, 2021, Ram Charan's sister-in-law, Anushpala, got married to her fiance, Armaan Ebrahim and the doting brother-in-law was seen grooving with her.

Also Read: Mukesh And Nita Ambani's Memory Wall Is Filled With Rare Photos Of Their Kids, Akash, Isha And Anant 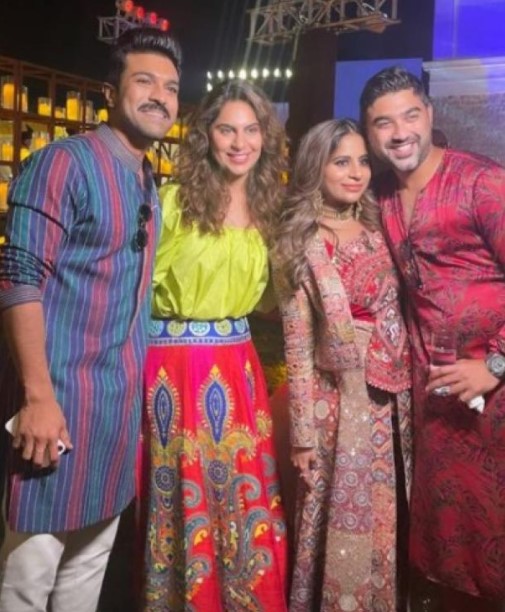 In a video posted by a paparazzi, Ram Charan was seen shaking a leg with his saali, Anushpala Kamineni, during one of her pre-wedding functions. In the video, Ram was seen flaunting some bhangra moves to the tunes of singers, Sachet And Parampara Tandon. The actor and his sister-in-law were seen dancing their hearts out to the song, vari vasrsi khatan gaya si.

On December 8, 2021, Anushpala and her fiancé, Armaan, who is a car racer by profession, had tied the knot in a grand ceremony. However, it was Anushpala's bridal look that won our hearts. The gorgeous bride had ditched the usual South Indian bride look and had opted for a pastel pink-coloured saree with a golden border which was tucked neatly with a waistbelt. 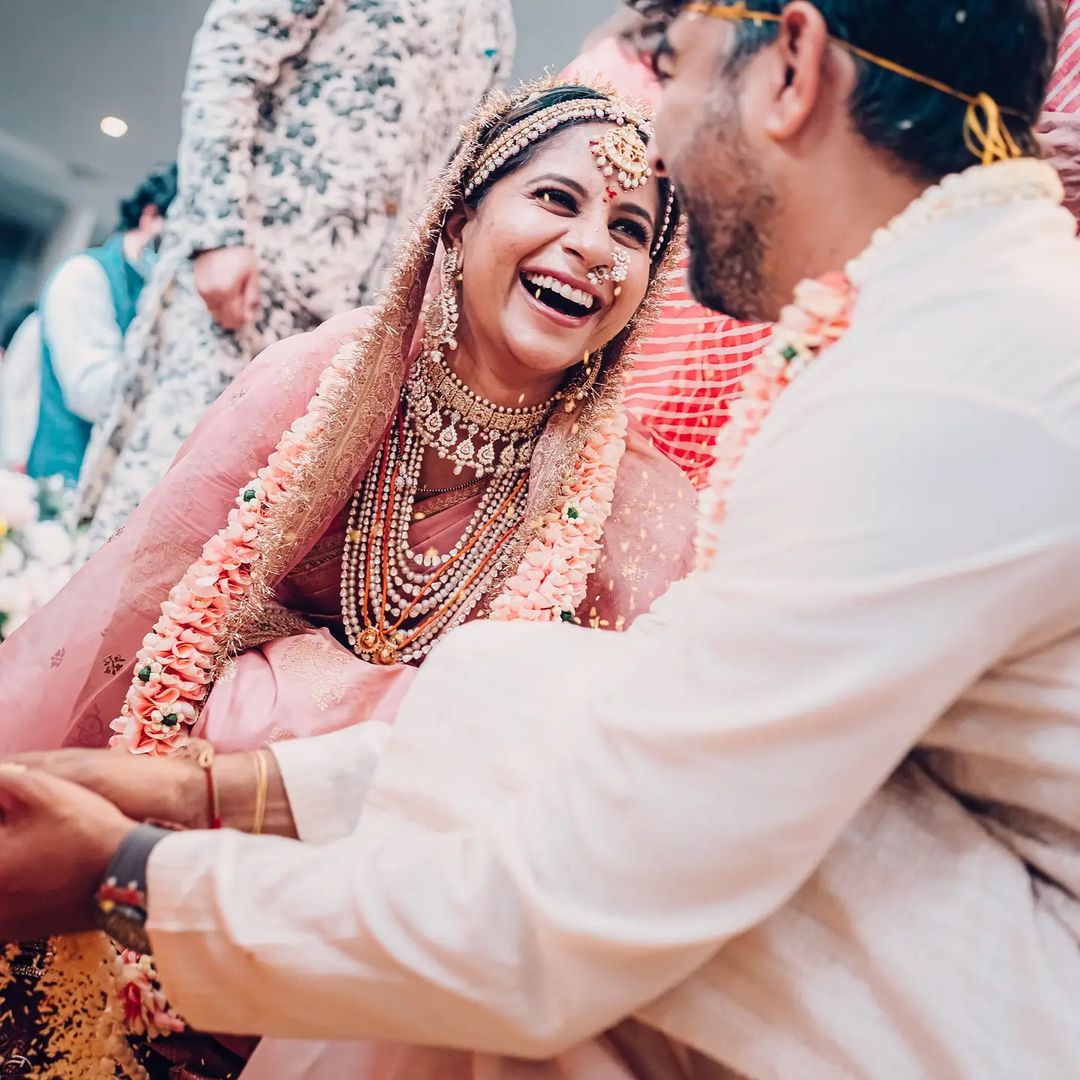 She had styled her look with a statement neckpiece, layered haar, a pair of matching earrings, a nath, and a mathapatti. On the other hand, her groom had donned a cream-coloured kurta with a traditional dhoti. In one of the pictures, the bride was seen touching her groom's feet, and he cutely planted a kiss on her cheeks. 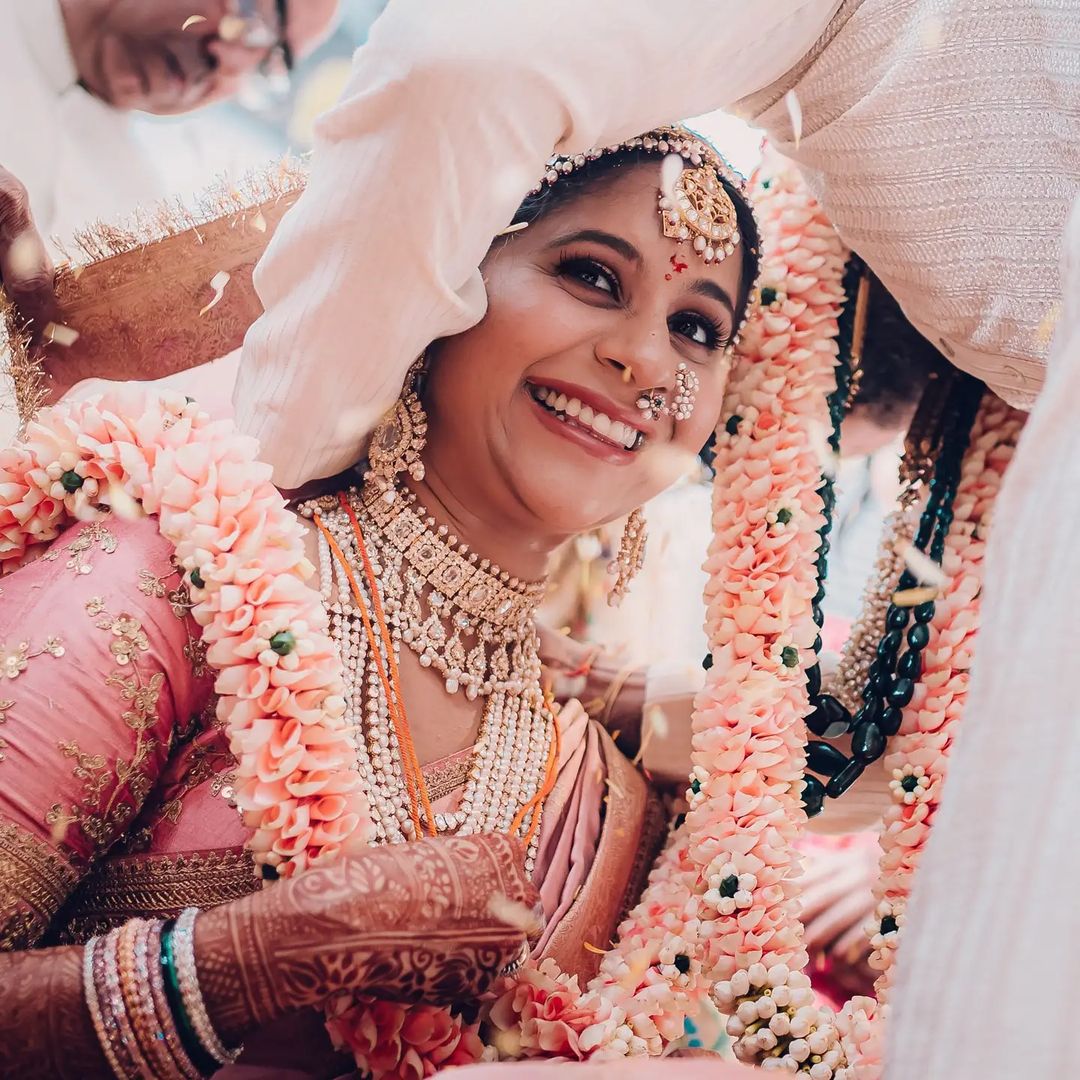 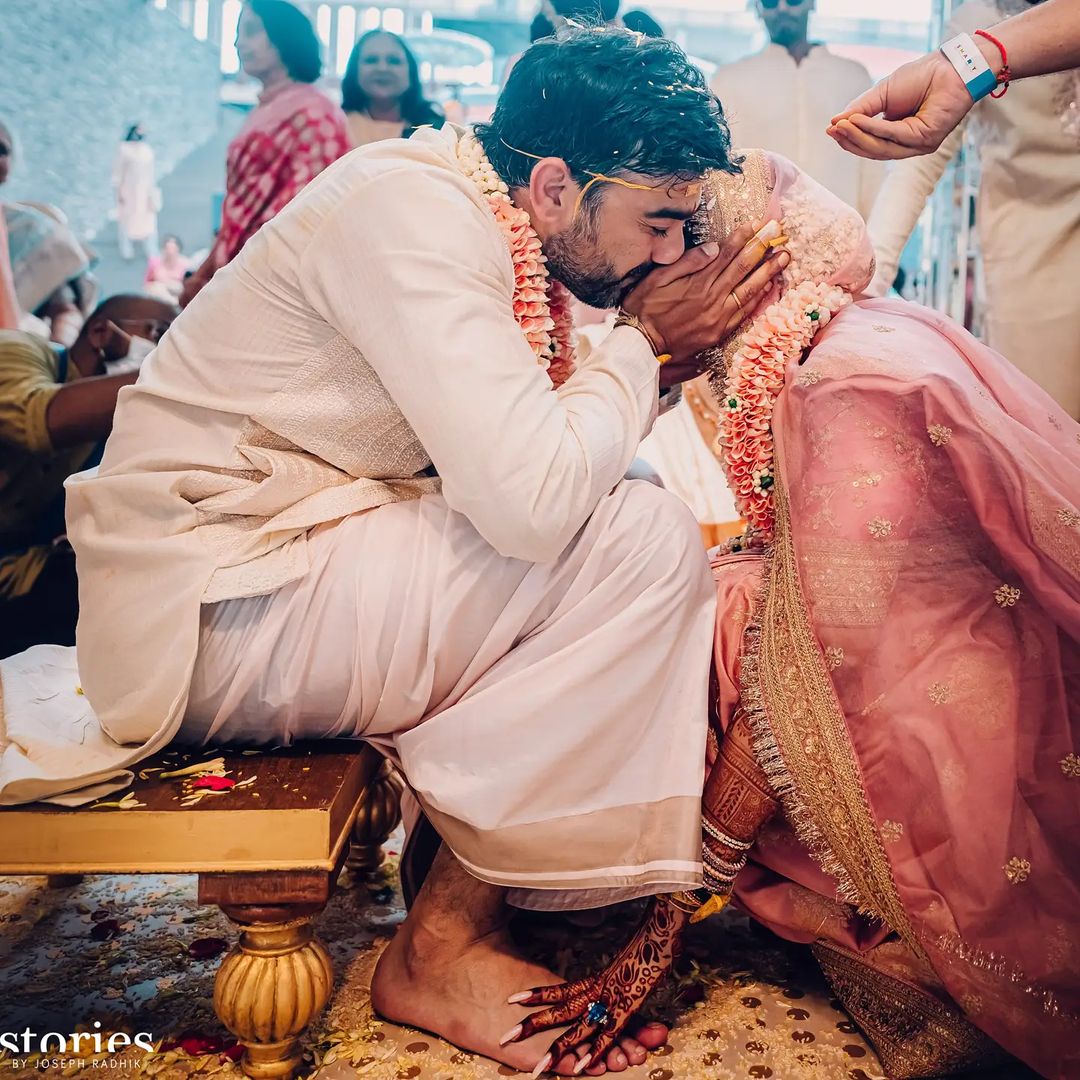 In September 2021, Anushpala Kamineni and Armaan Ebrahim had an intimate engagement ceremony. The couple had decided to colour-coordinate their outfits and had twinned in white. Anushpala had looked gorgeous in a white floral saree with intricate sequins atop it and had completed her look with a sheer blouse. Whereas Armaan had donned a white kurta with detailed gold stonework, which he had paired with a white pyjama. 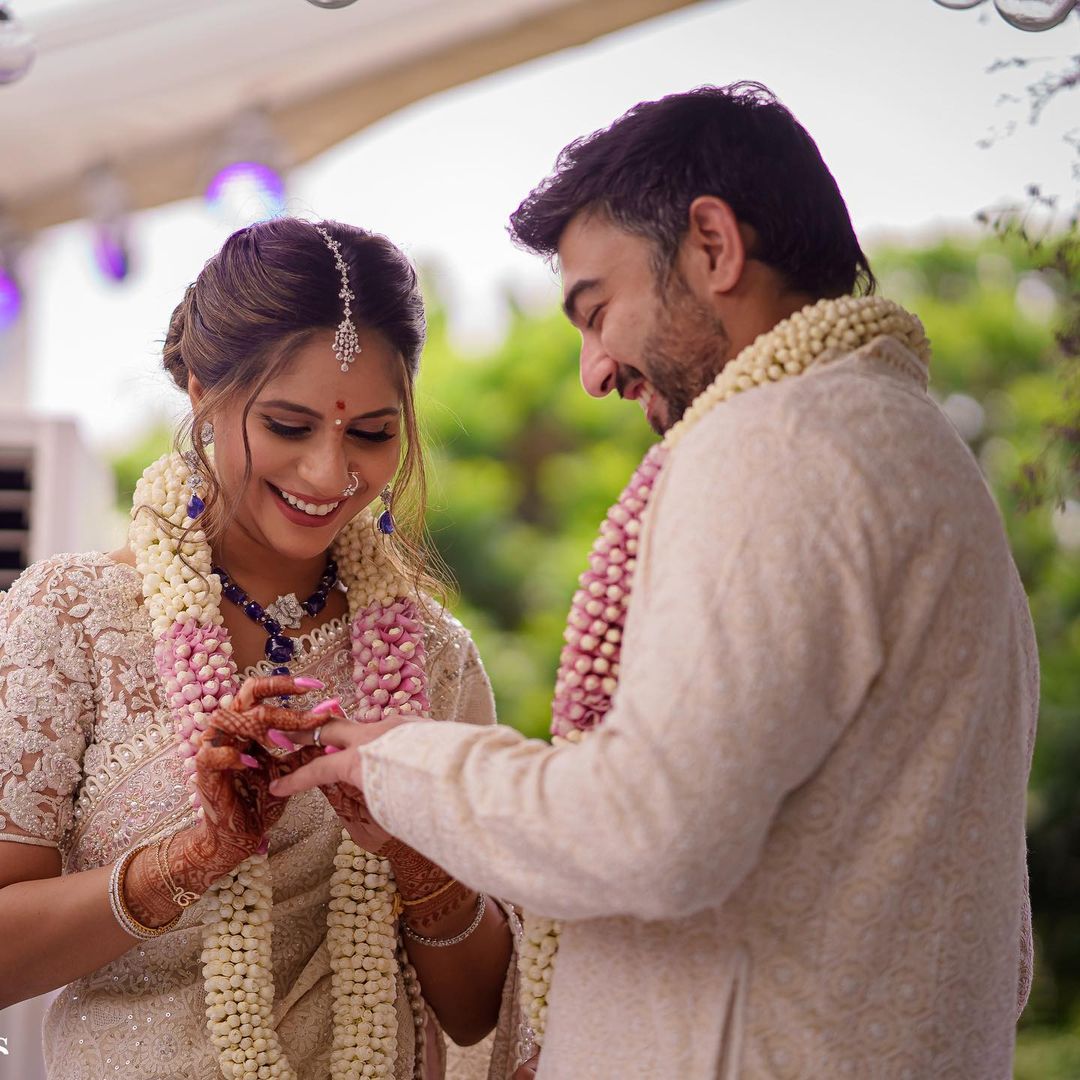 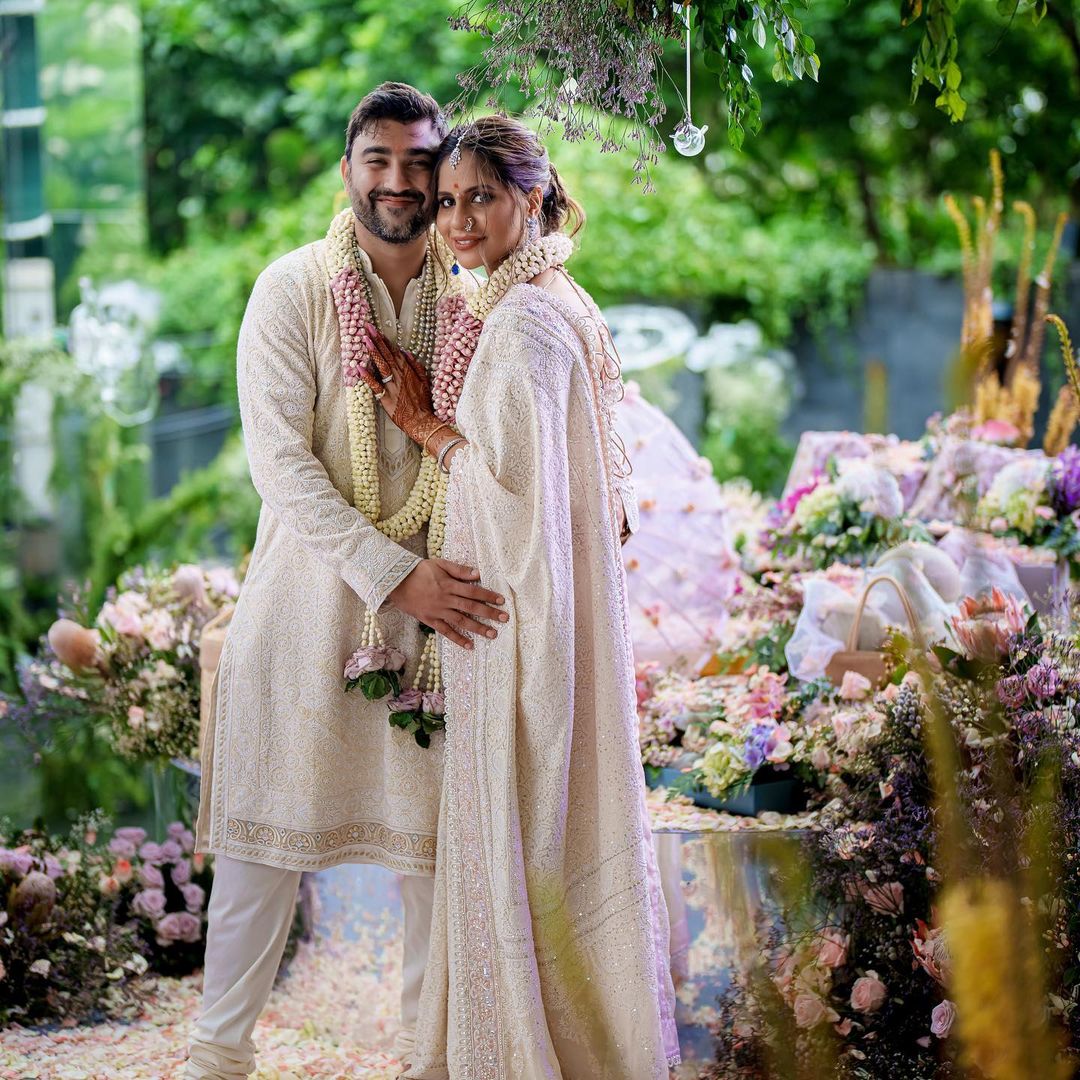 On the work front, Ram Charan will be next seen in S.S. Rajamouli's, RRR!

Also Read: Ruchikaa Kapoor Shares A Throwback Picture Of Her Baby Bump, Celebrates 3 Months Of Being A Mother 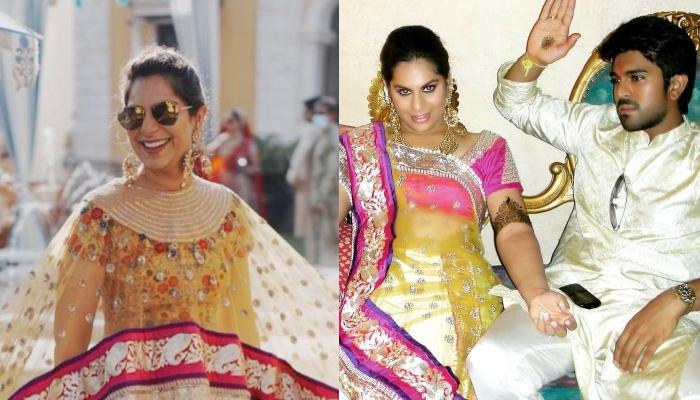 South superstar, Ram Charan, and his beautiful wife, Upasana Kamineni are an exemplary couple. The two never miss an opportunity to inspire others and make us believe there is nothing bigger than pure love. They have been married for more than nine years, and are one of the most sought-after couples in