Rajkummar Rao And Patralekhaa To Have A Minimalistic Wedding On November 15, Card Leaked Online

Rajkummar Rao And Patralekhaa To Have A Minimalistic Wedding On November 15, Card Leaked Online

A picture of the wedding card of Bollywood actors, Rajkummar Rao and Patralekhaa surfaced online and it revealed their wedding date and venue.

The moment Bollywood actor, Rajkummar Rao had seen Patralekhaa in an advertisement, he was sure that he will get married to her. On the other hand, Patralekhaa had thought Rajkummar was a weirdo after she had seen him in Love, Sex Aur Dokha. However, destiny played its game, and the duo openly accepted being in a relationship and they made sure that their relationship status doesn't become a Page-3 gossip.

On November 13, 2021, Rajkummar Rao and Patralekhaa had a fairytale engagement ceremony. A video from their ring ceremony had gone viral over the internet in no time. In the video, we could see Rajkummar going down on his knees, and his ladylove, Patralekhaa, following him. It was a beautiful moment filled with a lot of love. As the couple slid the ring into each other's fingers and danced, that made our hearts swoon with their mushy romance, and we are all excited to witness their wedding.

Rajkummar Rao Ties The Knot With Patralekhaa, The Bride Looks Gorgeous In A Red Saree

A fan page shared a glimpse of Rajkummar Rao and Patralekhaa's wedding invite on Twitter. The card is indigo in colour and featured chandeliers and lotuses. However, what was breathtaking was a monument similar to the venue hotel printed on it. The wedding card can be read as:

As per the latest media reports, Rajkummar and Patralekhaa will be tying the knot in a grand ceremony in New Chandigarh. Their dream wedding venue is The Oberoi Sukhvilas Spa Resort, spread over 800 acres of protected natural forest. Ex-CM Badal's family owns the property. For the uninitiated, the per night cost of the villa goes as high as Rs. 6 lakhs. 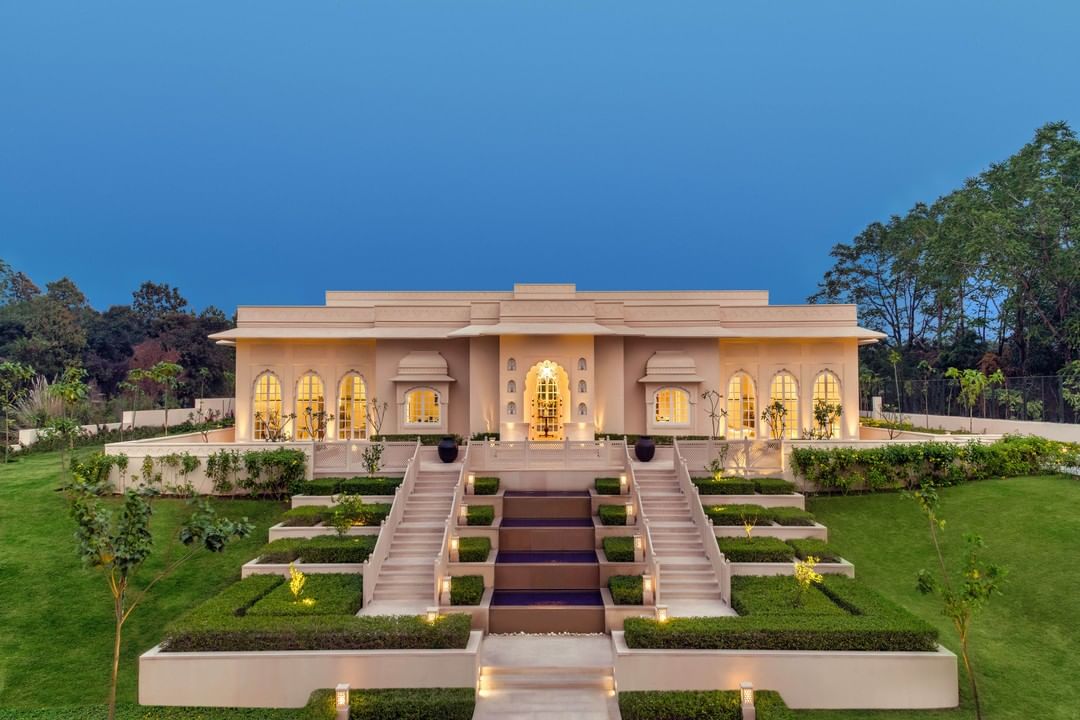 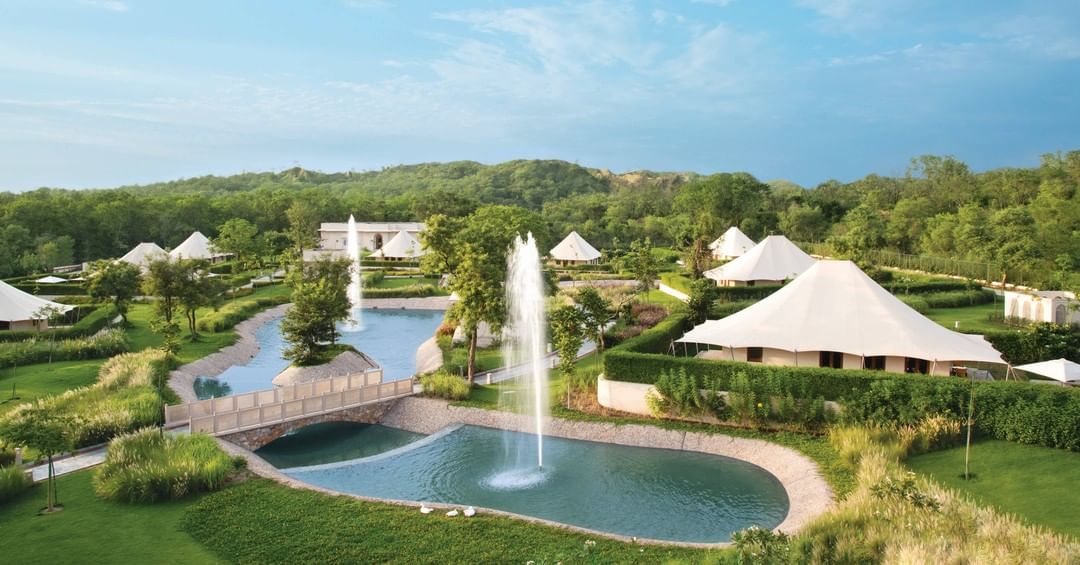 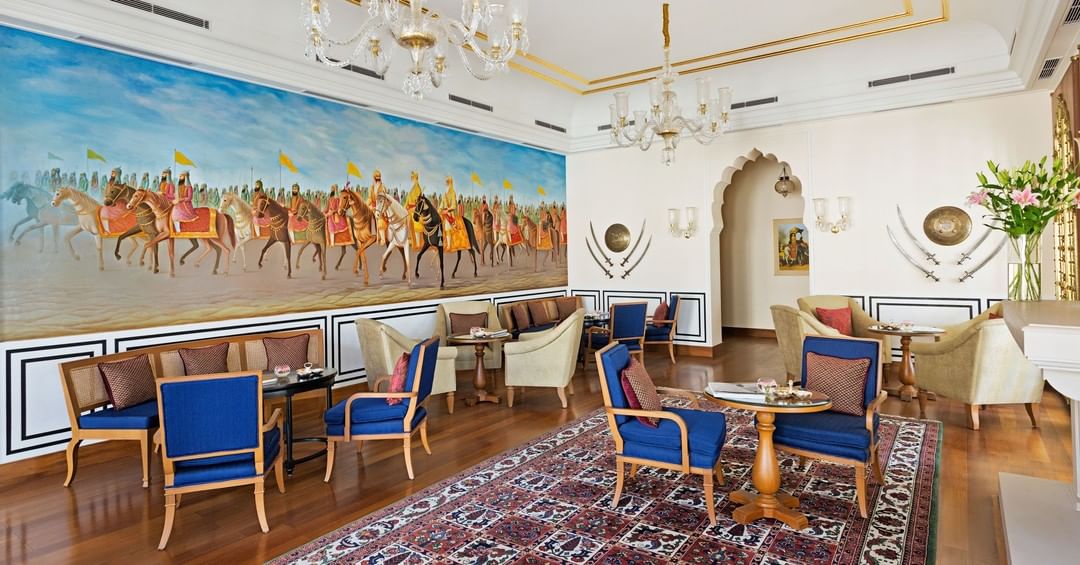 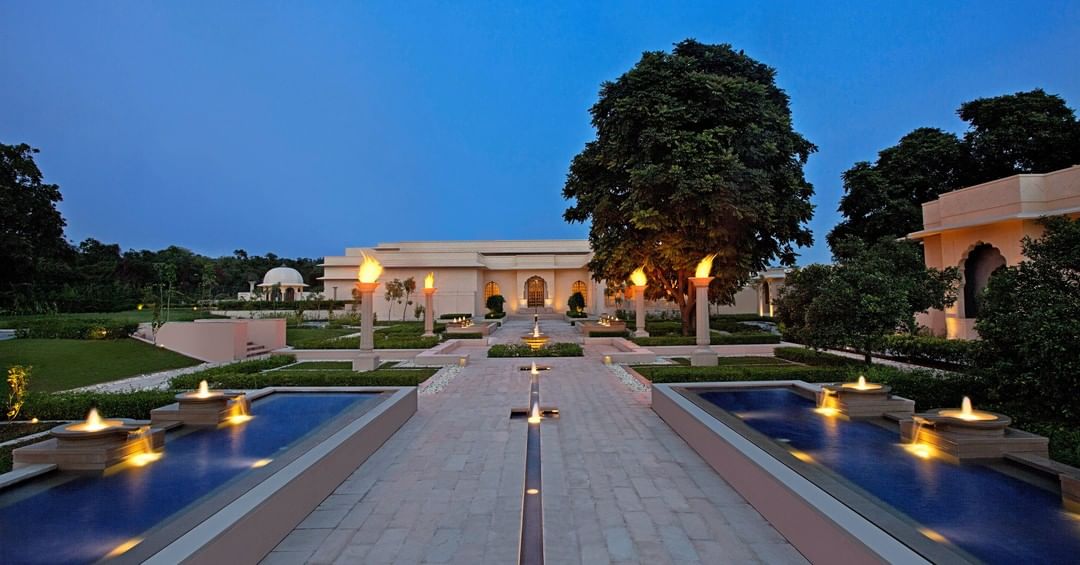 Coming back to Rajkummar Rao and Patralekhaa's intimate engagement ceremony in Chandigarh, they had exchanged the ring in the presence of their family and friends. The two had looked stunning while twinning in white. The bride-to-be, Patralekhaa, was looking gorgeous in a white side-slit off-shoulder gown and on the other hand, Rajkummar had looked dapper in a white kurta and churidar, paired with a long jacket and cool sneakers.

In a 2018 interview of Rajkummar Rao with the Hindustan Times, he had talked about his mother's reaction to meeting Patralekhaa for the first time. During the interaction, Rajkummar had revealed that Patralekhaa is his best friend, and they discussed everything under the moon except marriage and babies. The actor had said:

"Patralekha is my best friend -- we discuss cinema, we discuss acting or travelling. We’re not discussing marriage or babies because we like the way we are. When my mom first met Patralekha, she said that she’s going to be the last girl I’m meeting." 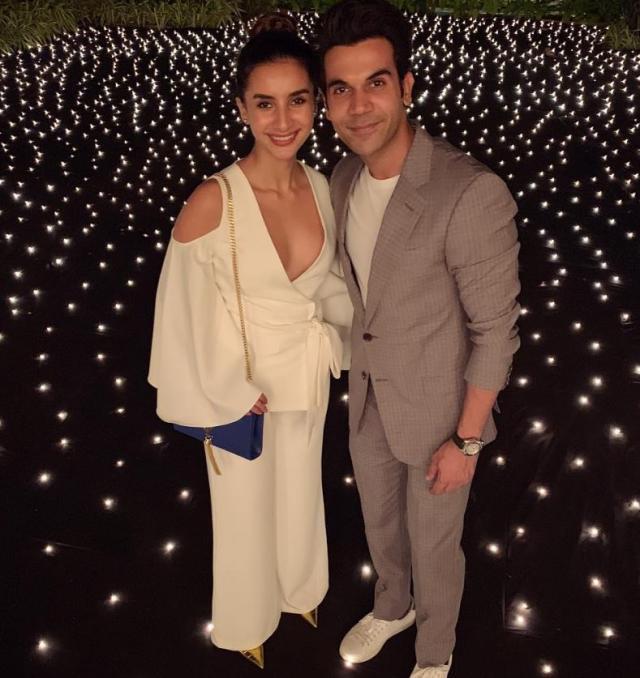 We can't wait to see the wedding pictures of Rajkummar Rao and Patralekhaa!

Patralekhaa's Bridal Look From Every Function Decoded By Her Stylist, Pool Party To Royal Reception Bollywood actress, Patralekhaa Paul got married to the love of her life, Rajkummar Rao in an intimate wedding ceremony in Chandigarh. While it is Katrina Kaif and Vicky Kaushal, who are painting the town red now, Patralekhaa and Rajkummar's wedding pictures had also swooned our hearts in a similar way

Rajkummar Rao Ties The Knot With Patralekhaa, The Bride Looks Gorgeous In A Red Saree