Raghu Ram shared a hilarious picture before giving his wife, Natalie Di Luccio a haircut in the lockdown. Take a look!

No matter how hard you prepare your mind for having a second marriage but there’s always a fear inside your heart about the failure of it. But it’s simply like one of those great things that are out of our comfort zones. On top of that, life after marriage is not at all easy, but it turns into a joyous ride with the right partner. And television celebrity, Raghu Ram is a perfect example of it, as he’s the perfect life partner for his second wife, Natalie Ram Di Luccio. Raghu and Natalie had leapt faith and had exchanged the wedding vows on December 12, 2018, in a traditional South-Indian style wedding, followed by a Christian wedding at a beach in Goa. (Recommended Read: Riddhima Kapoor Sahni Shared An Age Old, 'Classic' Unseen Picture Of Rishi Kapoor With His Siblings)

For the South-Indian wedding ceremony, Raghu had opted for a white kurta, red dhoti, and an angavasthram while Natalie had looked gorgeous in a traditional white silk saree with a red border. We still remember how happy the couple had looked in all their pictures. Since then, the couple has become proud parents of a baby boy and never skips a chance to impress us with their adorable PDAs.

Raghu Ram Wishes Ex-Wife, Sugandha On Her Birthday, Jokes If His Son, Rhythm Can Call Her 'Aunty'

Natalie DiLuccio Shares A Picture Of Her 'Cutie Patootie', Rhythm, Says His Cheeks Are Not For Sale On June 18, 2020, Raghu Ram took to his Instagram handle and posted a picture with his wife, Natalie Di Luccio before giving her a haircut. In the picture, we can see Natalie sitting in front of a mirror as she clicks a selfie with her hubby, Raghu, who gave an ‘every man ever’ expression in the photo. Along with this picture, Raghu wrote a funny caption revealing that his war against hair has begun. His caption can be read as “Guess who gave @nataliediluccio a #LockdownHaircut! She likes it but doesn't realise the monster she's created. My war on hair has begun! VENGEANCE WILL BE MIIIIIINE!!!” Well, the same picture has been posted by his wife on her Instagram handle, where she revealed her hubby has used the kitchen scissors. Her caption can be read as “Never in a MILLION years did I ever think I'd let @instaraghu cut my hair. That too, with a dull pair of kitchen scissors. Not bad though, right? @instaraghu new profession? Would you guys be brave enough to get this man to cut your hair?” Take a look. 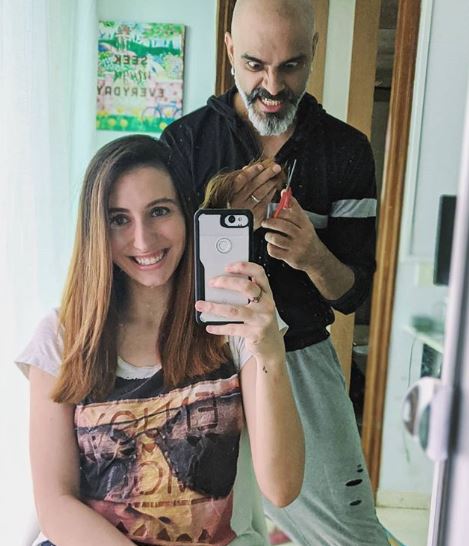 There’s no doubt that they’re everyone favourite and a lot of credit goes to their unconditional love for each other. We have seen in a lot of interviews and their posts on various social media platforms, how they simply credit each other for their respective successes and happiness. Well, the couple is living one of the best phases of their lives as they’ve become parents back in January of this year. It was on August 4, 2019, when Raghu had shared the news of Natalie’s pregnancy with the world. He had posted a picture with Natalie, where an elated Raghu was seen holding Natalie and she was holding a little pair of shoes. With the picture, Raghu had written, "Getting ready for the biggest adventure of my life yet! @nataliediluccio #OverTheMoon." (Don't Miss: Aashka Goradia And Hubby, Brent Share Their Meaning Of Love To Wish Each Other Love Anniversary)

On January 10, 2020, Raghu had taken to his Instagram handle and had shared a partial glimpse of his son, Rhythm. Along with the picture, he had written a beautiful poem explaining the meaning of his son’s name, Rhythm. The poem could be read as “I am Rhythm. I was born at the moment of creation. I permeate the universe. Like light. Like love. I am present in the very ebb and flow of life. I can be felt in every heartbeat. You can hear me in every song. I can be found in the changing of seasons and in raindrops falling on a face turned up to the heavens. I cannot be contained in any one culture. I transcend countries and continents. I am global. Nay, I am Cosmic. Eternal. I am Rhythm. Hello World!” In an interview with the Mumbai Mirror, the elated daddy had shared his happiness and also revealed the name of his baby boy. In an interaction, Raghu had revealed that he felt "relieved" now that Rhythm is finally here. Raghu had added, "There are many emotions. We had been preparing for this for months. We learned more about pregnancy, childbirth, and baby care, but none of it prepares you for parenthood." Raghu had added that both mother and baby are hale and hearty and deemed child-birth as "magical and awe-inspiring." (Also Read: Inaaya Naumi Kemmu Is Papa, Kunal Kemmu's 'Personal Little Sunshine Under Dark Clouds' And Ours Too!) 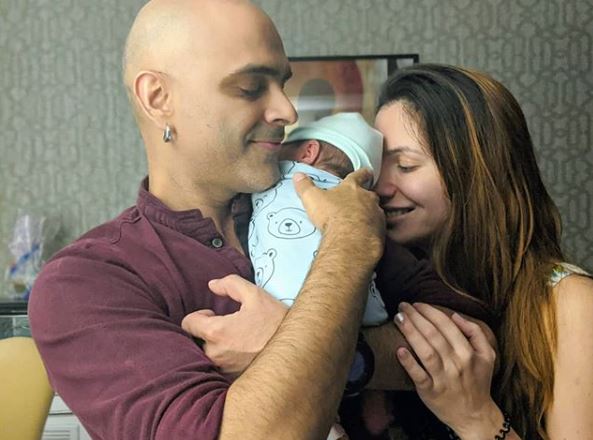 Will you allow your partner to give you a haircut? Let us know!

Raghu Ram Wishes Ex-Wife, Sugandha On Her Birthday, Jokes If His Son, Rhythm Can Call Her 'Aunty'