The Netflix special, 'Jonas Brothers Family Roast' is hitting all the headlines, and a video of Priyanka Chopra roasting her husband, Nick Jonas, is going viral on the internet. See inside!

The massive fanbase of the popular celebrity couple, Priyanka Chopra Jonas and Nick Jonas, have been eagerly waiting for the release of the special show, Jonas Brothers Family Roast, for some time now. The one-hour roast show was released on the OTT platform, Netflix on November 24, 2021, after a huge buzz on social media. No doubt, it has exceeded the expectations, as it had left the audience in splits.

The Jonas Brothers Family Roast was dedicated to the Jonas family, Nick Jonas-Priyanka Chopra Jonas, Joe Jonas-Sophie Turner and Kevin Jonas-Danielle Jonas. However, Priyanka Chopra stole all the limelight with her mic-drop hilarious statements on the show. From roasting Nick for having fewer followers than her on Instagram to calling herself the most famous Jonas in the world, Priyanka did not leave any opportunity to fire shots at her darling hubby. 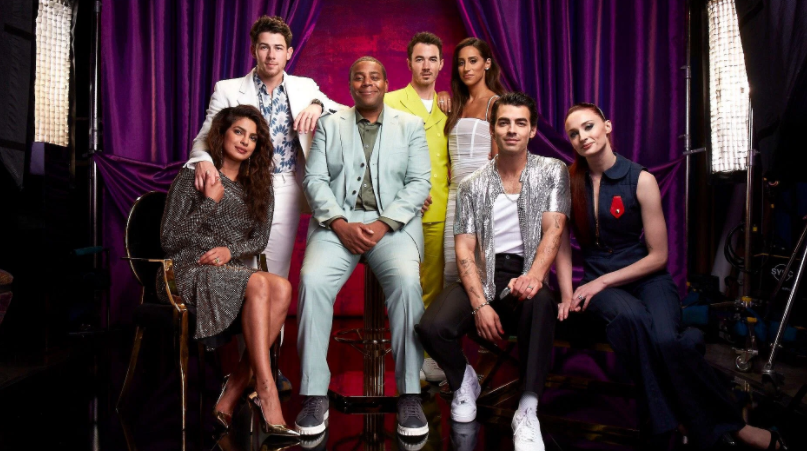 On November 24, 2021, Priyanka Chopra Jonas took to her Instagram handle and shared a short video from her one-hour long Netflix special, Jonas Brothers Family Roast, in which she can be seen taking a dig at her and Nick's 10-year age gap. Taking a funny dig at his career, Priyanka Chopra revealed that Nick had taught her how to use TikTok, while she had shown him what a successful career in acting looks like. Yes! She said it actually, and Nick's reaction to his wife's mic-drop banter was unmissable. In the video clip, Priyanka said:

"Nick and I have a 10-year age gap. There are many 90s pop culture references he doesn't understand and I have to explain it to him. He showed me how to use Tik Tok for example. You know, and I showed him what a successful acting career looks like."

Apart from her merciless roasting skills, it was Priyanka Chopra Jonas' outfit that left everyone stunned, as the global icon looked breathtakingly beautiful in shimmery deep gold and black body-hugging dress with a slit. The actress completed her look with wavy curls and metallic heels. 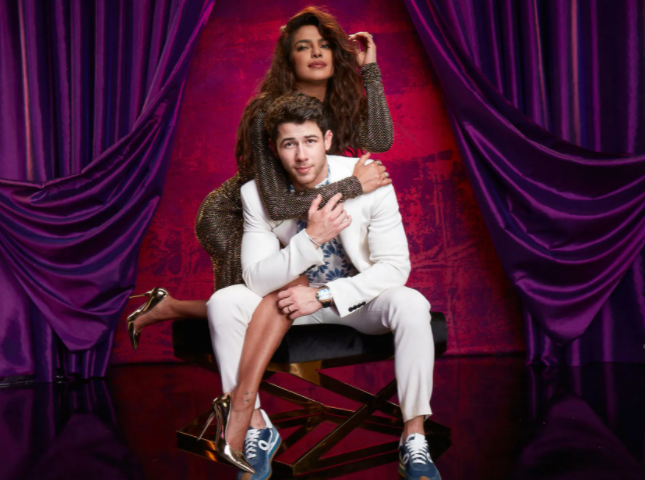 During the roast, Priyanka Chopra Jonas also took everybody by surprise as she dropped a huge bomb on the audience, especially her husband, Nick Jonas, when she used the word 'expecting'. Priyanka talked about how Nick Jonas' brother, Kevin, has two daughters and Joe has a daughter. She further continued and shared that she and Nick are the only couple who doesn't have a kid, and said:

"We're the only couple who doesn't have kids. Which is why I'm excited to make this announcement. Nick and I are expecting... (took a long pause) to get drunk tonight and sleep in tomorrow!" While the audience laughed like there is no tomorrow, Nick Jonas' reaction was epic. The singer was left dumbstruck and suddenly froze. Watching him, Pee Cee said, "Your face was really funny when I said that." To which, Nick Jonas reacted and said, "Yeah I was a bit concerned." Moreover, concluding her roast, Priyanka Chopra brought the house down as she said, "I wouldn't want to babysit, I mean, be married to anyone else." 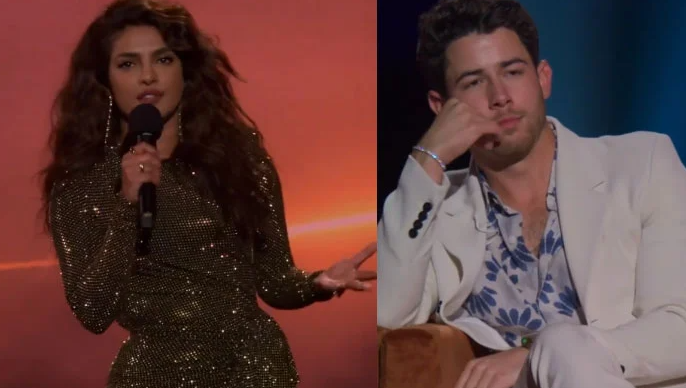 On the professional front, Priyanka Chopra Jonas will be next seen in the much-awaited Hollywood film, The Matrix Resurrections.