In the tinsel town, there are some celebs who are taking their relationship to the next level. On the other hand, there are others, who are going separate ways. One of the famous television actresses, who falls under the latter category is Yeh Hai Mohabbatein fame, Pavitra Punia. Yes, the same gorgeousness who has been a significant part of Naagin 3 too. (Also Check: 'Yeh Rishta Kya Kehlata Hai' Fame Mohsin Khan Has A Very Lovely Nickname For Shivangi Joshi) 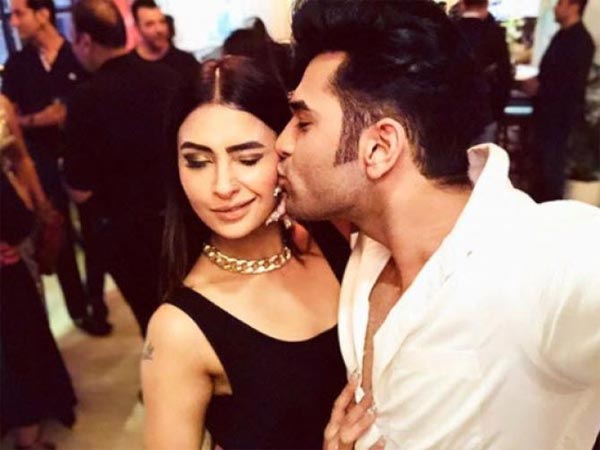 Though neither of them has ever spoken about what sort of a relationship they held, their cosy pictures on social media along with the romantic captions were enough to tell the tale. As per a report in the Times of India, Pavitra and Paras might have called it quits. The alleged lovebirds have deleted all the lovey-dovey pictures from their respective social media handles. And when the portal contacted her to clarify the same, she instead stated that they were never in a relationship and he is just her friend. Paras Chhabra was always very expressive and wrote sweet messages for Pavitra on his social media. One of his captions for a picture of the two together read, "Zindagi aur kuch bhi nahi, teri meri kahaani hai" - (sic).Another picture of his with Pavitra, was captioned as, "Many many happy returns of the day to the most beautiful girl I know..@pavitrapunia_ u mean everything to me...may god bless u with lots of love and happiness in the world but with me...and all the very best for Naagin" (Don't Miss: Mohit Sehgal And Sanaya Irani Recreate The 'DDLJ' Train Moment But In A Unique Way, Video Inside) Earlier a source close to the couple had informed, "Paras Chhabra and Pavitra Punia seem to have found great company in each other these days. The duo has been posting pictures together and seems to be very much in love. We hear that it is on the sets of BCL that they met and started getting along really well." (Also Read: Neha Dhupia Reveals The Surprising Messages She Received After Secret Wedding With Angad Bedi) For the ones who don’t know, Pavitra was earlier engaged to her long-time businessman beau named, Sumit Maheshwari. In an interview after their engagement, she was quoted as saying, "Yes, I am engaged to Sumit. I had met him in Amby Valley through a common friend, where I had gone for Reiki. I absolutely loved the place and fell in love with him there." On the other hand, for Sumit, it was love at first sight. He remarked, "It was love at first sight. I saw Pavitra and fell in love with her. I love everything about her... she is a pure soul and I just love her nature." But later, they broke off their engagement for the reasons known best to them. (Do Check Out: 'Bade Achche Lagte Hain' Fame Chahatt Khanna Is Having Trouble In Marriage With Farhan Mirza)

Pavitra also had Sumit’s name tattoo on her ring finger of left hand to which she later moulded. She transformed his name to a rose. Here’s the before and after the snap: 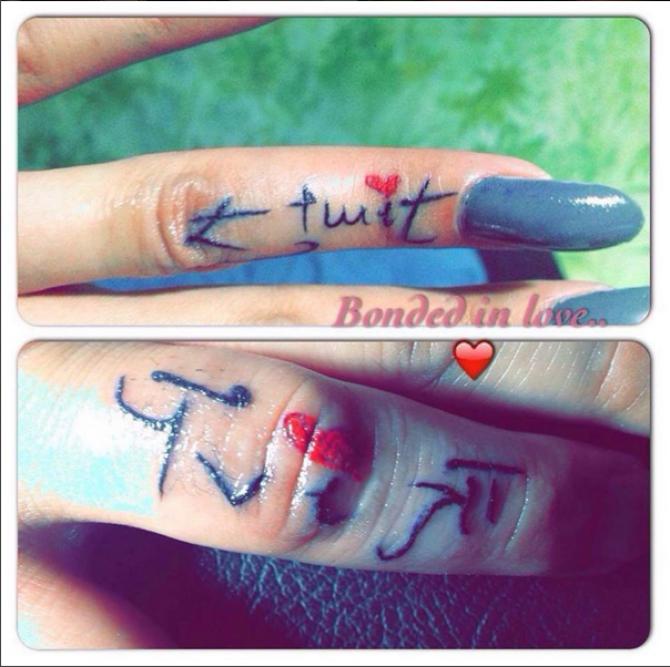 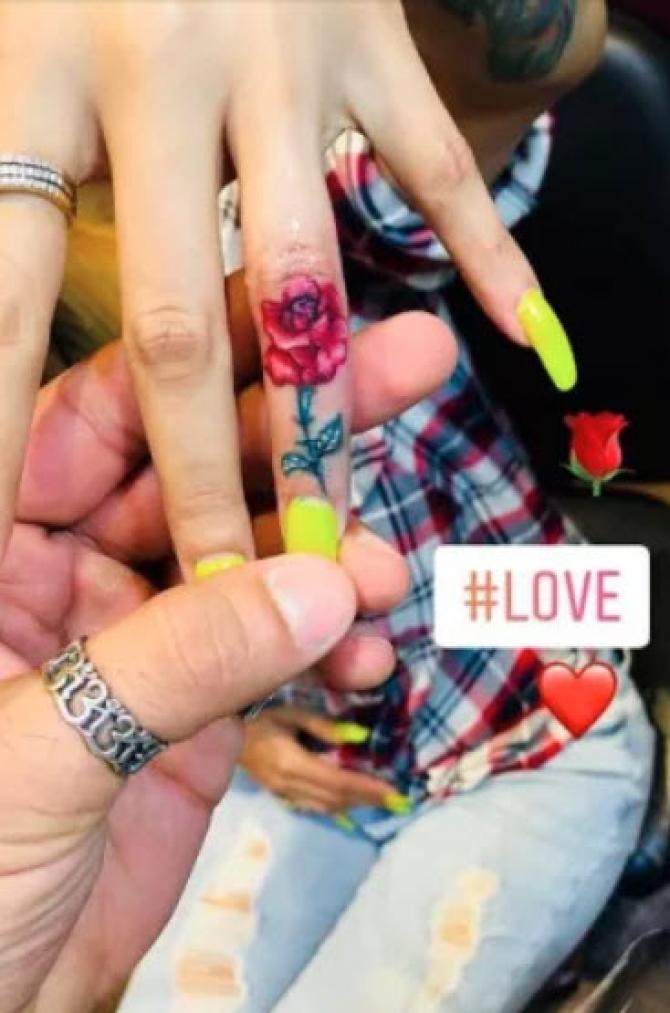 Well, what was brewing between Pavitra and Paras is best known to them. We are still wondering if they are just friends then why did they delete all their lovey-dovey pictures!