Nusrat Jahan and Nikhil Jain had tied the knot in a dreamy location in 2018 and this year's Karwa Chauth was special for the newlyweds as this was their first Karwa Chauth as husband and wife.

Nusrat Jahan had tied the knot with her longtime beau and Kolkata based business tycoon, Nikhil Jain. The wedding was a private affair with only close friends and family members in attendance. The couple had tied the knot at a dreamy location of the Six Senses Kaplankaya in Bordrum, Turkey. The couple had two wedding ceremonies, a Hindu wedding and a Christian wedding. The pictures that went viral on the internet had looked straight out of a movie set. (Recommended Read: Mohena Kumari Singh Visits Her In-Laws' House For The First Time After Marriage With Suyesh Rawat) 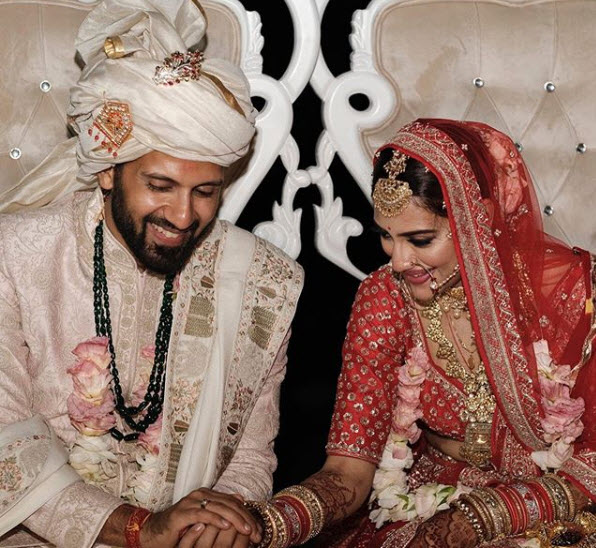 On the pious occasion of Karwa Chauth, Nusrat Jahan also followed the ritual and kept a nirjala vrat for the long and prosperous life of her husband, Nikhil Jain. Nikhil too accompanied wifey, Nusrat and fasted for her long life. On October 18, 2019, Nikhil took to his Instagram handle and shared pictures from their Karwa Chauth's mehendi and wrote, “#Mehendi hai rachne wali, ishq mein wajah nahi, jagah chahiye dil mein @nusratchirps.” Nusrat too took to her Instagram stories and shared pictures from their Karwa Chauth rituals. In the pictures, the couple looked deeply-in-love and just adorable! Take a glance at the pictures: 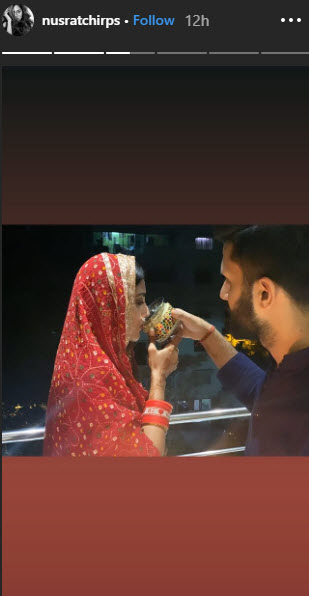 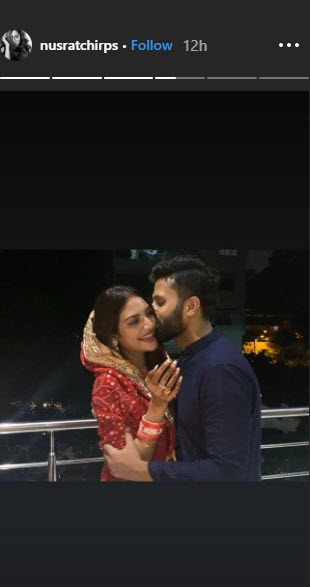 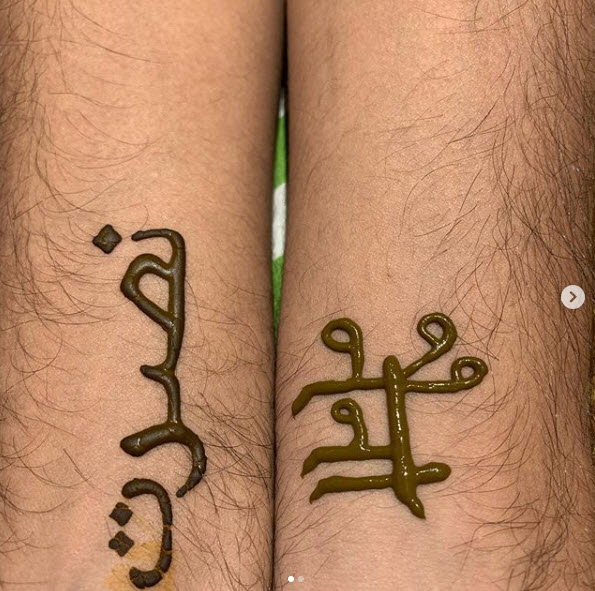 Making every occasion special for the newbie-bride is the duty of every husband. In August 2019, Nusrat Jahan had celebrated her first Sindhaara with hubby, Nikhil Jain. Nusrat had taken to her Instagram handle and had shared pictures from the celebration and had thanked hubby, Nikhil for making the moment special. She had captioned the picture as, “Thank u for making my first Sindhara so special thank u hubby @nikhiljain09 for being there..!!” She had looked mesmerising in a red and golden saree and completed her look with sindoor, chooda, gajra in her hair tied in a bun and heavy jewellery. On the other hand, Nikhil had kept it simple with a white kurta-pyjama. 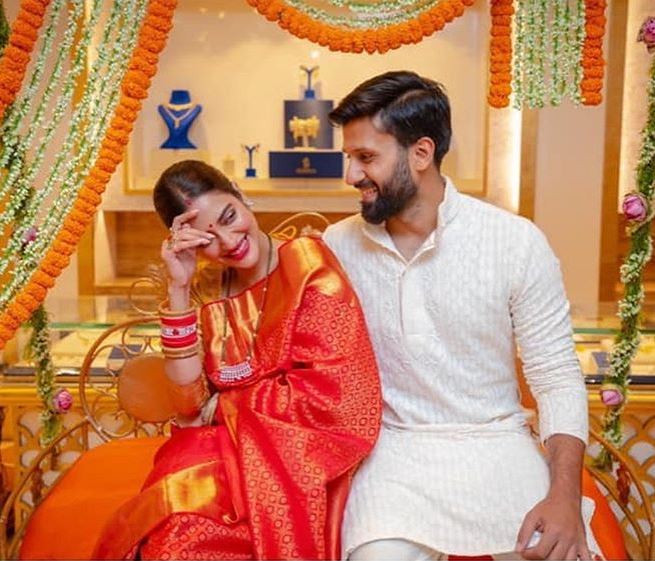 In an interview with The Times of India, Nusrat Jahan had revealed how she had met Nikhil Jain and had shared, "We met through friends in college and it took three-four months to utter those three words. And when we thought of taking the relationship forward, we broke the news to both our families. They approved of the match. Kadir is one of the most disciplined guys I've come across. He is not the mushy-mushy types but he will make sure his love gets the things she wants, even at 2 am. He is a one-woman man. I never saw him flirting or dancing with any girl at a party. His phone had only my pictures and I never saw any girl calling him." 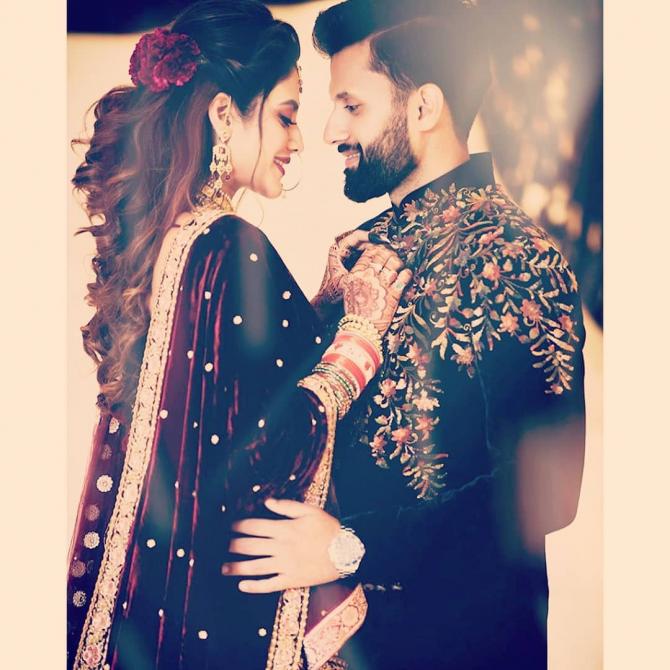 She had further added, "He was the guy who would be beside me whenever I needed him... (After a pause) Kadir is extremely possessive about me. So, at first, he didn't like my profession. He used to say I don't like the whole world watching you and yearning for you. I made him understand. Then, he was okay about it. In fact, when I used to see pretty girls becoming his friends on Facebook, I was not jealous. I used to tell him, "kya baat, all good-looking girls are becoming your friends. Proud of you." He too was confident about me." (Suggested Read: Sonu Kakkar Posts Pictures With Hubby On Karwa Chauth, Looks Beautiful In Sindoor And Saree) In an interview with News18, Nusrat had talked about Nikhil and her inter-religion marriage and had said, "In Nikhil, I found a really nice human being and I took a call. It's nobody else's business. It is bizarre that we are still so stuck on communal lines. A small section of Muslim leaders and clerics may think I have become less Islamic by adopting certain Hindu customs. I had previously joked that those people were surely not on phone with Allah every day to confirm whether or not I have lost my faith. Religion is as much mine as theirs. You cannot just take away someone's religion from them, you aren't entitled to do that." 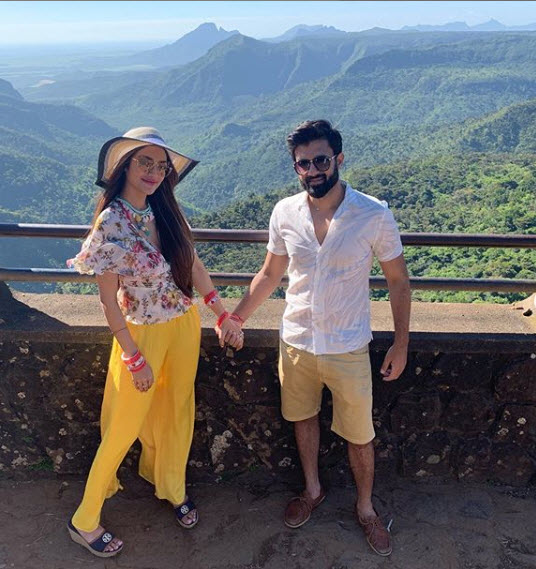 During their wedding reception, Nusrat had revealed their wedding gifts for each other and had said, “We gifted each other our entire lives, that is the most special gift that any person can gift the other person. Shaara ta jibon ekta manusher shaathe katate hobe, chaap ta bujhte parchen ki? (Can you understand the pressure of spending the whole life with a single person)." To which Nikhil had assured, "There will be no chaap (pressure)." To which, Nusrat had quipped, "Everyone is the witness now. Hope you gave a thought before uttering the words." In a media interaction, Nikhil had talked about Nusrat and had said, “We have come a long way. I am very happy to make it till here as we have had a lot of road-bumps and a lot of roller-coasters on the way. But I am very happy to have her by my side and support her in everything she does. Whatever makes her happy, I want to do that." (Must Read: Aishwarya Rai Bachchan Celebrates Karwa Chauth With Jaya Bachchan And Shweta Nanda Bachchan)