Here are the generations of Ambani women who made quite a unique statement in the fashion world through their sartorial choices on their wedding day. Read on as we decode their lookbook!

Who does not know about the Ambani clan? The history began with Dhirajlal Hirachand Ambani or better known as Dhirubhai Ambani, who made a significant impact in the business world. Even though he started his career working in a small business firm, later, he built his own empire after creating Reliance Industries. Now the business has been taken over by his sons, Mukesh and Anil and further their children.

It was back in 1955 when Dhirubhai Ambani and Kokilaben had tied the knot, and since then, the Ambanis have welcomed new members to their family and become one big unit. While the men took over the business, the women of the Ambani family stood firmly beside their husbands, fathers, brothers and sons. Apart from acing their professional duties, the ladies of the house are quite famous for putting their best fashion foot forward and always opting for sartorial pieces. Here are the Ambani women and what they had worn on their wedding days. Read on as we decode further. Kokilaben, the wife of Dhirubhai Ambani, is known for being the core strength of the family after Dhirubhai's demise. She came from a very simple Gujarati family, and her marital years with Dhirubhai Ambani have been blissful. However, over the years, she has become a fashionista. From flaunting Fendi to Louis Vuitton arm candies, Kokilaben owns a range of expensive bags and outfits. However, we couldn't get our hands on her wedding day picture, but a few pictures post-marriage showed her fashion sense. She used to pin up the pallu and pair up her saree with a full-sleeve blouse, a dainty neckpiece, a neat hairdo and a bindi. 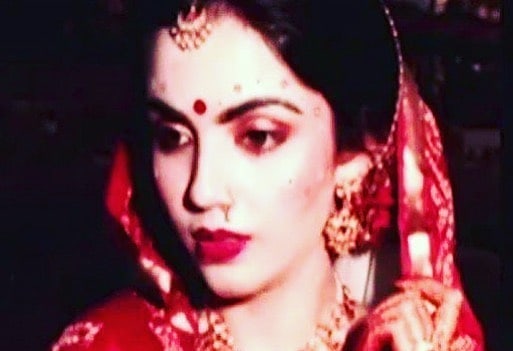 Nita Ambani, the wife of Mukesh Ambani, has created a name for herself on the professional front apart from being an Ambani bahu. A while back, we had stumbled upon Nita Ambani and Mukesh Ambani's wedding pictures, and she looked breathtaking. Nita could be seen wearing a red-coloured bandhni printed saree with a sleek embroidered hemline which she had paired with gold jewellery, including a neckpiece, pearl-studded haar, matching earrings, a maang teeka, a nathani and haath phool. She kept her look minimal but exuded the bridal glow and looked absolutely mesmerising. 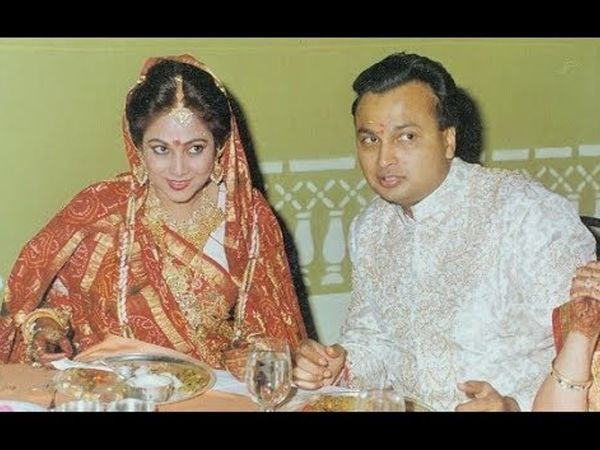 Bollywood actress, Tina Munim had tied the knot with Dhirubhai Ambani's second son, Anil Ambani and has been living a happy married life since then. For the wedding, Tina Ambani had donned a red and golden-coloured bandhni silk saree which she had paired with a white blouse. She had opted for heavy gold jewellery, including two neckpieces, matching jhumkas, maang teeka and bangles. She is one of the most fashionable women in the Ambani house. 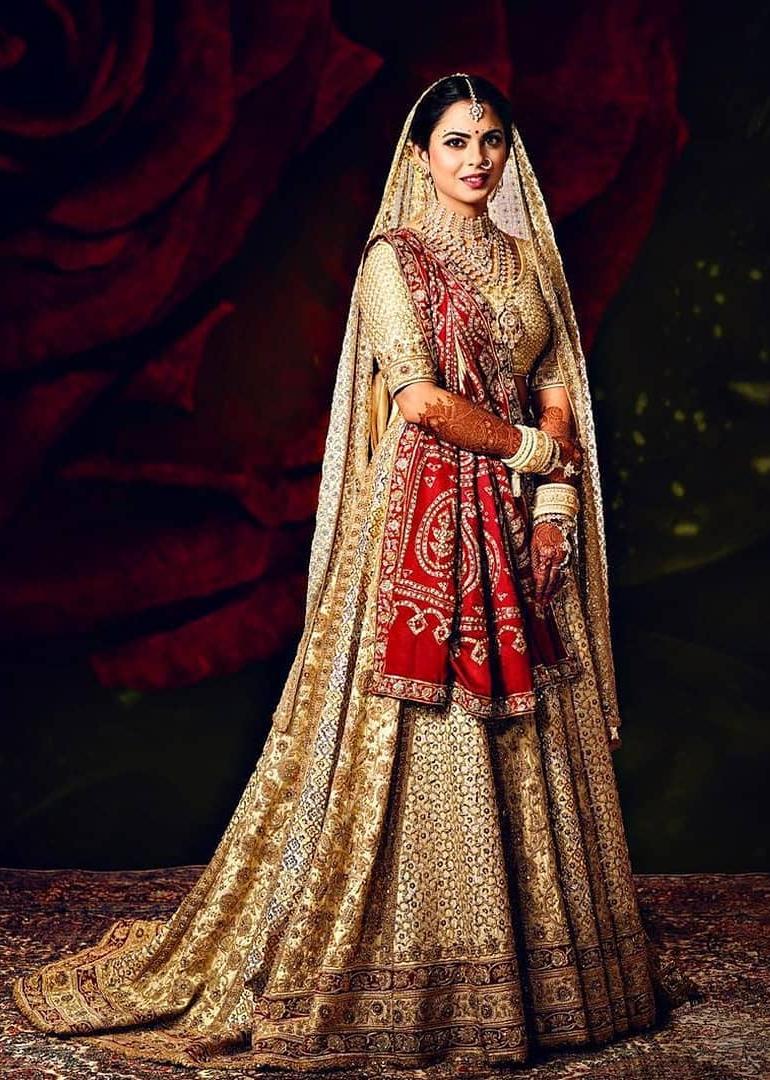 Nita Ambani and Mukesh Ambani's darling daughter, Isha Ambani had tied the knot with Anand Piramal. She had worn a beautifully customised off-white and champagne-coloured lehenga choli from the shelves of Abu Jani and Sandeep Khosla. Her lehenga had 16-panelled jali embroidery, and she had incorporated her mom, Nita Ambani's wedding bandhni saree as a dupatta. Isha accentuated her look with diamond jewellery and had looked absolutely gorgeous. 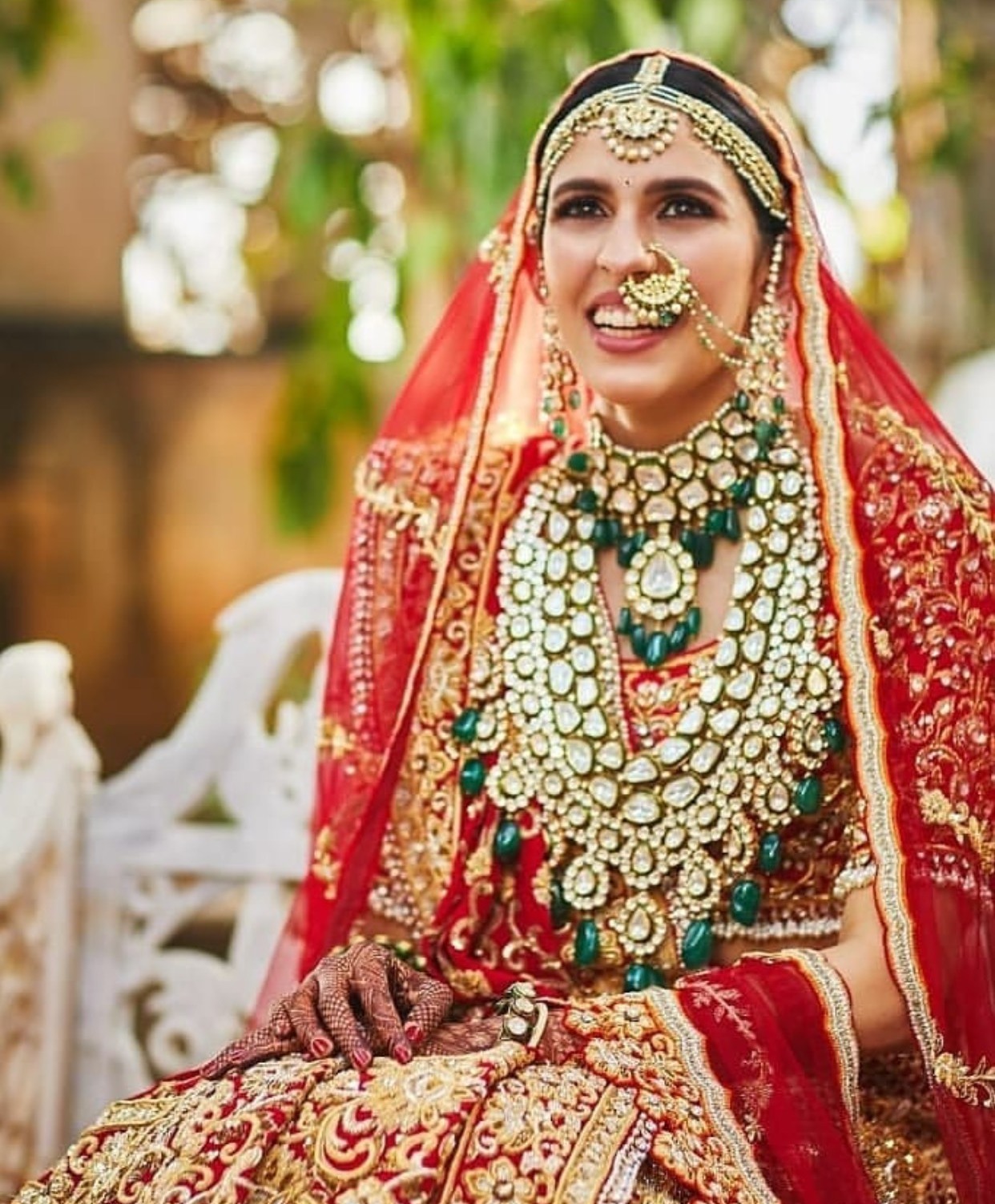 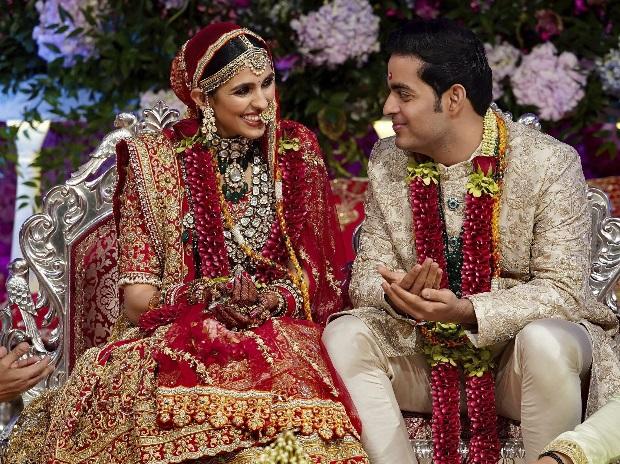 Nita Ambani and Mukesh Ambani's son, Akash Ambani had got married to Shloka Mehta, and their wedding was a gala affair that we still remember. The much-in-love couple is now parents to their first son, whom they have named Prithvi Akash Ambani. However, on their wedding day, Shloka had looked like a royal princess in a red-hued lehenga choli with intricately embroidered designs from Abu Jani and Sandeep Khosla's collection. She had completed her look with heavy polki jewellery, including a choker neckpiece, a broad neckpiece, matching earrings, matha patti, nath, red chooda and haath phool. 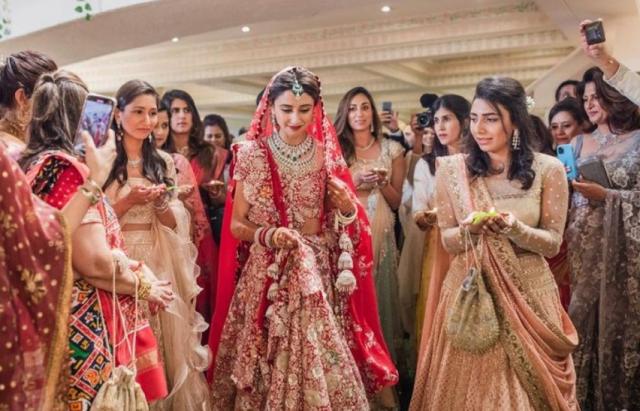 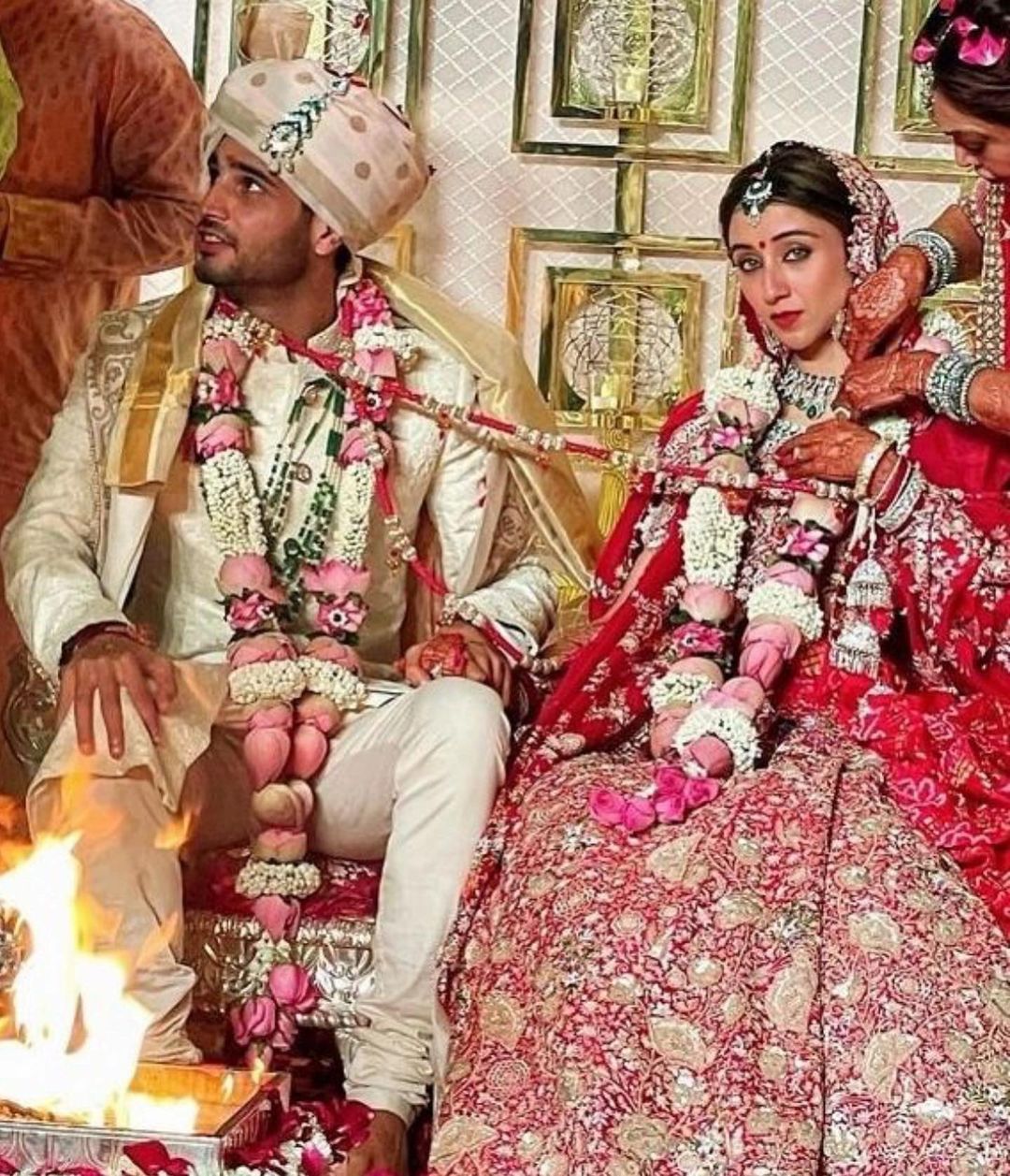 Tina Ambani and Anil Ambani's first son, Jai Anmol Ambani had tied the knot with the love of his life, Krisha Shah. And Krisha had looked like a gorgeous bride in Anamika Khanna's collection. She had worn a heavily embellished red and golden-coloured lehenga choli. She had kept her look minimal and trendy. Krisha completed her look with two diamond and emerald-studded neckpieces, matching earrings, maang teeka and red chooda. It was her dainty silver kaleeras that had grabbed our eyeballs. Mukesh Ambani and Anil Ambani's sister, Deepti Ambani had tied the knot with Duttaraj Salgaocar. Their daughter, Isheta Salgaocar got married for the second time to Atulya Mittal after getting divorced from her first husband, Neeshal Modi. However, Isheta had looked beautiful on her wedding day as she donned a blush pink-coloured lehenga choli embroidered with zari and beads and adorned with pearls. She completed her look with sleek and elegant diamond jewellery.

So, here are the Ambani women who looked absolutely mesmerising on their wedding days. Now, Radhika Merchant is on the line to be the next Ambani bahu after she ties the knot with Mukesh Ambani and Nita Ambani's younger son, Anant Ambani. We can't wait to see how she looks as a bride. What about you? Did you find it interesting to know their wedding lookbook? Let us know.