Priyanka Chopra tied the knot with the international singing sensation, Nick Jonas in December 2018. Recently, PeeCee attended Jonas Brothers' concert for the first time and Nick did something cute!

Bollywood’s desi girl, Priyanka Chopra and international singing sensation, Nick Jonas became husband and wife on December 1-2, 2018, in two weddings, according to Christian and Hindu customs. Nick had proposed Priyanka on her birthday last year, and they got officially engaged in August 2018, when they had a traditional roka ceremony in Mumbai. (You May Also Like: Jay Bhanushali Makes Fun Of Mahhi Vij As She Was Born On April 1, His B'Day Wish For Her Is Unique)

Priyanka and Nick started having hots for each other when they walked the Met Gala red carpet together in 2017. As per reports, they were introduced by Chopra's Quantico co-star Graham, Rogers in April 2017. Later, a source had told People.com, “They are so happy. His friends and family have never seen him like this, and they’re all really excited for him. He’s definitely very serious about her.” 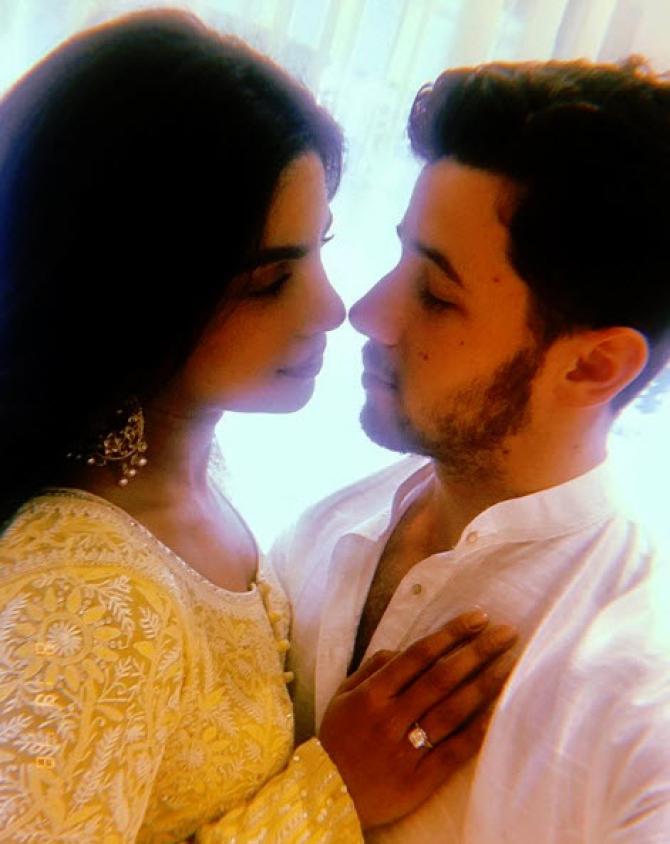 It had further stated, “People are saying it’s a great match because they’re both so talented and understand the industry. Priyanka knows how to have fun, but there’s also a gravitas to her. The same goes for Nick. He’s serious but has a great sense of humour.” (Also Read: Sameera Reddy Shamed For Flaunting Her Baby Bump, She Shuns Trolls With A Fearless Reply) Ever since Priyanka and Nick have gotten married, they have been outlaying couple goals to others. Recently, Nick had performed in Atlanta and during his performance, he professed his love on-stage for wifey, Priyanka using sign language. He had said, ‘I Love You’ to her and she was all shouting, grooving and cheering for him. Not just this, PeeCee even collected Nick’s fans’ message and felt happy to pass it on to him. Do you know what was it? It was Nick’s fans’ bra. Her brother-in-law, Frankie Jonas and in-laws, Kevin Senior and Denise Jonas were also seen at the concert. Here are all the videos from the dazzling concert:

Also, Priyanka took to her official Instagram handle and shared that it was her first concert she attended of the Jonas Brothers. Sharing the below pictures, Priyanka wrote, "My first ever #jonasbrothers show. And it was incredible!!! I’m so proud of these guys!! #Family." Checkout: 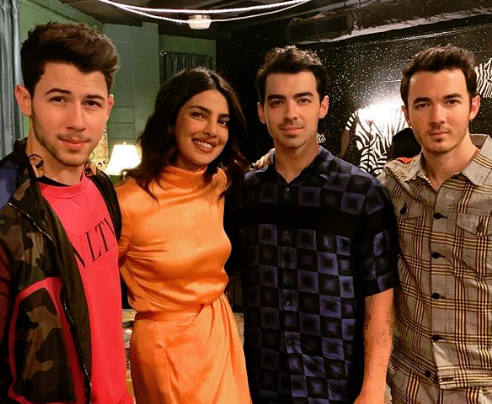 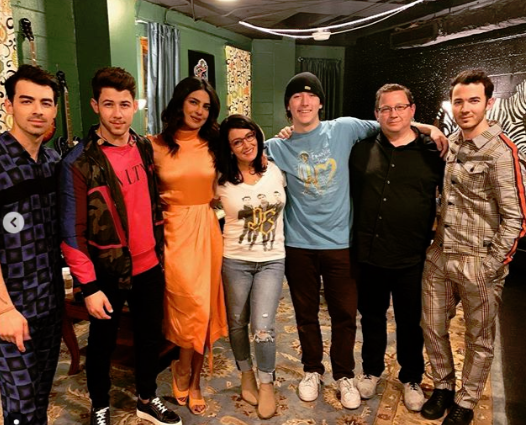 Recently, Priyanka had appeared on Watch What Happens Live With Andy Cohen and spilt some beans on her marriage and wedding. During the conversation, when Andy asked her “Which Jonas bro got you the better gift- Joe or Kevin?”, PeeCee had replied, “Well the good thing is, Kevin got us like hundreds of bottles of wine and Joe got us an amazing fridge which looks like a car to put it all in.” Andy also asked Priyanka if she believes in s*xting or FaceTime s*x when she is away from her husband, Nick Jonas for long. To this Priyanka said, “For sure.” If Priyanka has ever helped Nick manscape? PiggyChopps replied on the show, “No. Once, I did once. Just his fade, back there.” (Checkout: Pratyusha Banerjee's BFF's Kamya Panjabi-Vikas Gupta Fondly Remember Her On Third Death Anniversary) 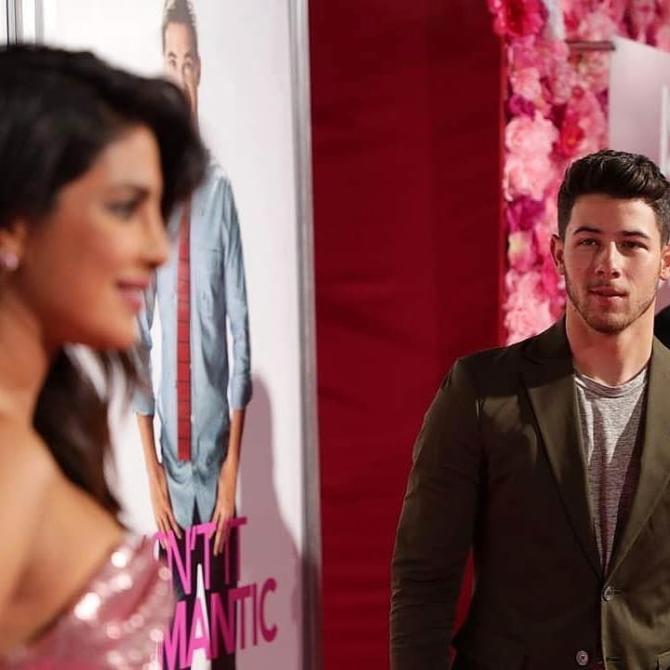 On another chat show, The View, the Quantico actress had revealed she is a terrible wife to Nick. The Baywatch actress was quoted as saying, "He is from a good Southern home where his mother made food, and I am not like that. I am a terrible wife in that sense." Ashe also shared how Nick reacted to it and had remarked, "It's okay babe, even I can't cook." 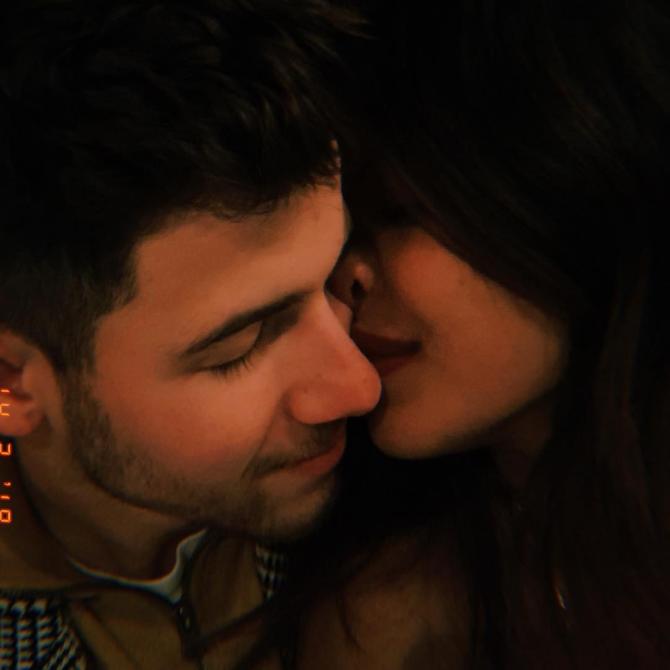 On a chat show named, The Daily Show, Nick had opened up about his relationship and revealed why he felt she is the ‘one’ for him. Nick was quoted as saying, "So many things. I could go into all of it and get all mushy but, I think the thing that really connected both of us is our love for family and faith and the importance of being connected to those who are always going to be there for you. We found that in each other as well, which is a beautiful thing. I'm excited to start our life together." (Do Check: Amy Jackson Is Pregnant With Her First Child, Posts Picture Of Baby Bump With BF, George Panayiotou) Of late, Priyanka’s pregnancy rumours were the talk of the town. Dismissing them all, she had quipped, “We both know that that’s something that needs to happen, but it’s not something I think about very much. We’re both very driven, we love our work, we’re married to our work, and we’re both very supportive of each other’s work. So, I’m sure it will happen in an organic way. We definitely want kids, and when the time is right, it will happen.” 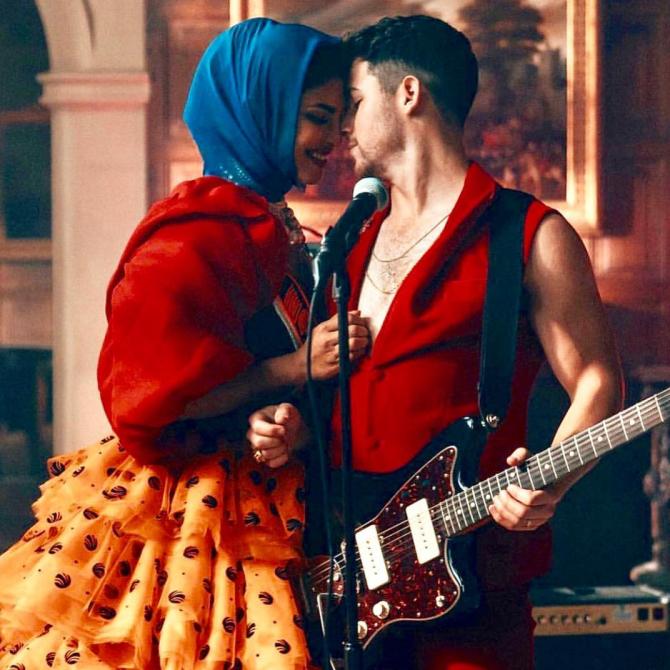 On the other hand, Priyanka’s mother, Madhu Chopra, had blamed it on the wrong camera angle and had said, “It was a bad angle. The outfit was nice. She looked like that only in some pictures, the rest were fine. Blame it on the camera angle! When I spoke to Priyanka on the phone, she told me that she was tired and hence, had a slumped posture. I told her what people were saying, and she simply said: 'Mamma, give me a break!’”

Here’s wishing all the love, happiness and luck to Priyanka Chopra Jonas and Nick Jonas!