Five days ahead of their first marriage anniversary, Neha Kakkar and Rohanpreet Singh celebrated their pre-wedding anniversary in the most unique way. Video inside!

Bollywood playback singer, Neha Kakkar and her singer-husband, Rohanpreet Singh are one of the cutest couples of the B-Town. When Neha had tied the knot with the love of her life on October 24, 2020, we had witnessed one of the best celebrity weddings in recent years. From the couple's designer outfits to those unlimited fun-filled moments, the whole wedding was a memorable event that was all about royalty, love, and romance.

Well, time flies in the blink of an eye. The memories of Neha Kakkar and Rohanpreet Singh's wedding are still fresh in our minds and it feels just like yesterday they had exchanged the wedding vows. However, the truth is that they are going to complete a year of togetherness on October 24, 2021. As this is going to be their first wedding anniversary, the star couple is leaving no stone unturned to celebrate it in a special way. They have also treated their fans with a glimpse of their mushy romance.

Recommended Read: Allu Arjun And His Wife, Sneha Reddy Seal Their Vacation In The Maldives With Cuddles And Coziness 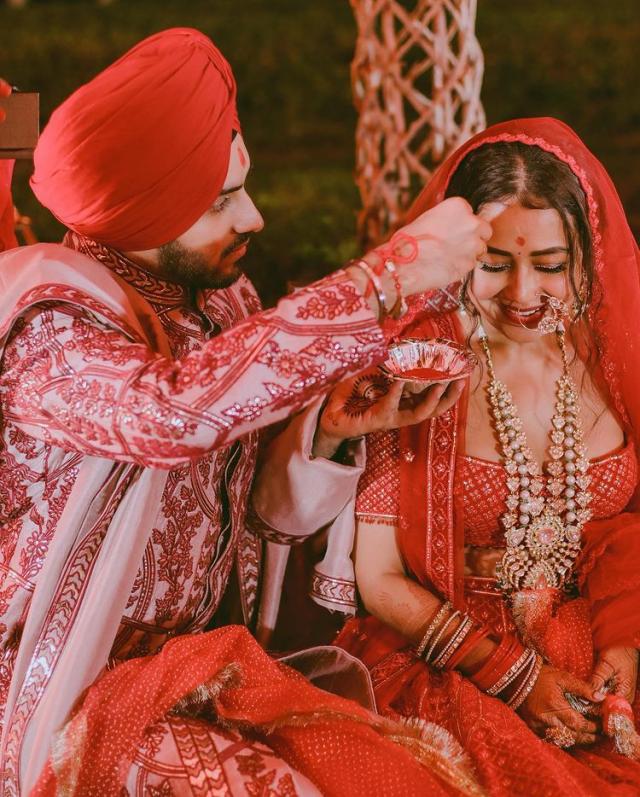 On October 19, 2021, Neha Kakkar shared a video on her Instagram handle, where she and her husband, Rohanpreet Singh can be seen cutting a cake to celebrate their first wedding anniversary, five days ahead of it. However, she added a funny twist to it, and in the beginning, we can see her holding a butter knife to Rohanpreet's neck. She jokingly said, ''Jo bhi hai mere hawaale kar de.'' In his cheeky reply, her husband cuddled her and said, ''Lo kar diya. Ab tere hawaale watan saathiyo.''

Further in the video, before cutting the cake, Neha and Rohanpreet indulged in a cosy moment as they locked lips and then cut the cake. Though the duo is going to complete one year of marital life, we can hear them singing ''Happy 25th anniversary to us.'' Stating the reason for the same, alongside the video, Neha wrote, ''5 days to go for Our First Anniversary!!! Thank YOU @rohanpreetsingh you complete me. P.S. We say 25 years coz we believe in Law of Attraction. And Thank You My #NeHearts and Our Wellwishers for all the love and blessings. #NehuPreet.'' 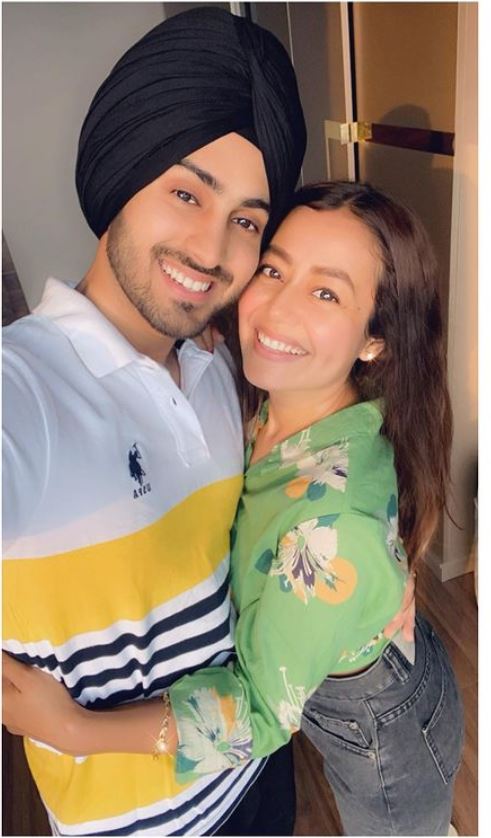 On June 9, 2021, Neha Kakkar had taken to her Instagram handle to share a rare video of her backstage rehearsal from her wedding with Rohanpreet Singh. In the video, the talented singer had looked breathtakingly beautiful in her all-red ensemble and could be seen playing the ukulele and it was so soothing to the ears that everyone in her surroundings heard it with utmost calmness.

As soon as this unseen video from Neha's wedding festivities was shared, it had gone viral instantly. However, the singer had revealed in the caption of her video that she doesn't know how to play the instrument perfectly but had played to surprise her husband, Rohapreet Singh. Her caption could be read as "Backstage Rehearsal from my Own Wedding!! Don't really know how to play Ukulele, Just wanted to give Him a Surprise. Thank Youuuu @deepakramola buddy for capturing this precious moment. #NehuDiaries." Don't you think that Neha Kakkar and Rohanpreet Singh's pre-wedding anniversary celebration was quite unique? 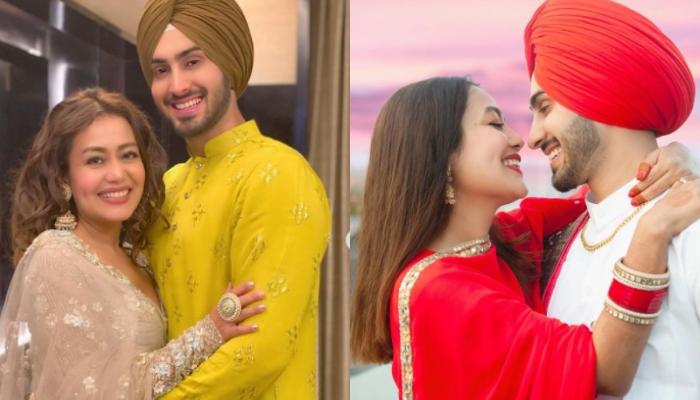 One of the cutest couples of the glamour world, Neha Kakkar and Rohanpreet Singh are painting the town red with their love for each other. The rumours about their relationship had begun when she had posted, “Aaja chal viyah karwaiye lockdown vich katt hone kharche” on her IG stories. But it