In a conversation with Kareena Kapoor Khan, Neha Dhupia revealed that she and her hubby, Angad Bedi had once forgotten their daughter, Mehr at home when she was 3-months-old.

Becoming parents is a full-time job and requires you to give in all your time. Sleepless nights, feeding the baby, changing the diapers and taking care of them is a part of becoming parents. However, it takes a little while for the parents to adjust and accept the changes. Sure, there are times, when they totally forget that they have a baby until the baby starts crying and you have to get back to the parental duties. Well, Neha Dhupia and Angad Bedi had gone a little too far as once they had forgotten their little girl, Mehr at home. (Also Read: Mohit Malik And His Pregger Wife, Aditi Shirwaikar Malik Start Preparing For Her 'Godh Bharai Rasam')

Neha Dhupia and Angad Bedi had tied the knot on May 10, 2018, in a low-key Anand Karaj wedding, leaving their fans surprised. It was speculated that the couple was pregnant when they had tied the knot, and after 6 months of their wedding, Neha and Angad had welcomed a little doll into their lives. Neha and Angad had shared the first glimpse of their daughter and had revealed her name as well. In the picture posted by Neha and Angad, they had shown only her feet wherein she had a pair of socks on and ‘Hello World’ was embroidered on it. While Neha had captioned it, "Mehr Dhupia Bedi says hello to the world...", Angad had written, "Waheguru MEHR Kare @nehadhupia " Isn’t it a beautiful name? Mehr is a Persian name and it means blessing! On Kareena Kapoor Khan’s chat show, What Women Want, Neha Dhupia had talked about motherhood in length with the now-mommy-of-two, Kareena. In the conversation, Neha revealed a goof-up moment she had when she was a new mother. When Kareena had asked Neha to share a goof-up moment as a mother, the actress had revealed an incident from the time when Mehr was three months old and the new parents had decided to take her out on her first drive. Neha had shared that she and Angad had sat in the car and had left the building and it was after a long that the couple had realised that they had left their baby girl at home with her nurse. She had said, "We both sat in the car and some time after that, I can't remember the exact time. Both of us sat in the car and left the building and we both forgot that our daughter was still with the nurse upstairs because we are not used to having our child with us." 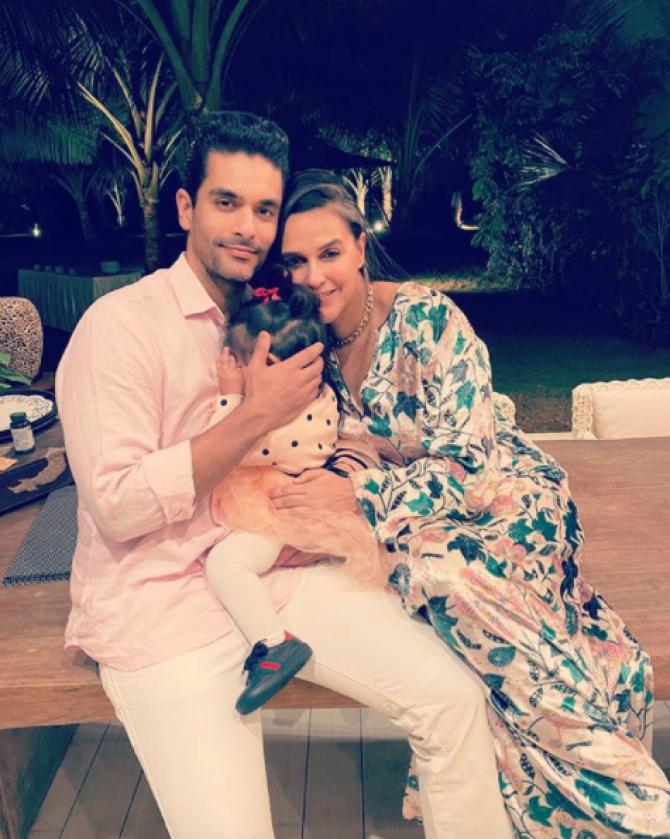 Neha had also answered questions like when can her daughter, Mehr start wearing makeup and dating. Spilling some beans on the same, Neha had revealed her two-year-old daughter, Mehr's obsession with nail paint. The actress had said that Mehr does not use it on her nails, but she thinks it is a paintbrush and she uses it to colour everywhere. On the topic of dating, the doting mother had said that she would leave it for her husband, Angad, to decide. The actress had also hilariously added that she is glad that Angad is not in the house right now or else he would be in the frame right now and say, "Who said Mehr will go out with boys?" (Must Read: Janhvi Kapoor Shares Her Mom, Sridevi's Handwritten Letter For Her On Her Third Death Anniversary) Earlier, in a candid interview with Bollywood Bubble, Neha Dhupia had talked about the advice she would like to give to her daughter if she asks her about the kind of man she should marry. She had said, "If my daughter asks for a bit of advice as what kind of man she should marry by the end when she grows up, then I would always tell her 'Marry somebody who you can survive a lockdown with'. I hope there is no more lockdown. Because it's the ultimate test. Till now, Angad and I are passing with flying colours." 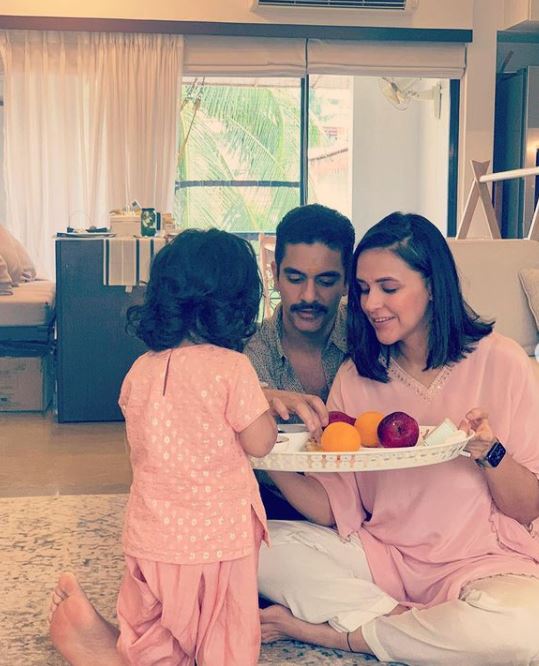 In an interview with The Times Of India, the MTV Roadies judge, Neha Dhupia had spoken about what she had learnt from motherhood and how her approach to life changed since she became a mom. Neha had said, "It taught me what selflessness was and what selfless love is, and I look at the world very differently. Everyone out there is someone's child and you know, their parents would never want them to get hurt. So, I feel like I have a far more tender and loving approach to life as I become a mom." (Don't Miss: 'Nanu', Randhir Kapoor Shares If Kareena Kapoor And Saif Ali Khan Have Named Their Newborn Yet) 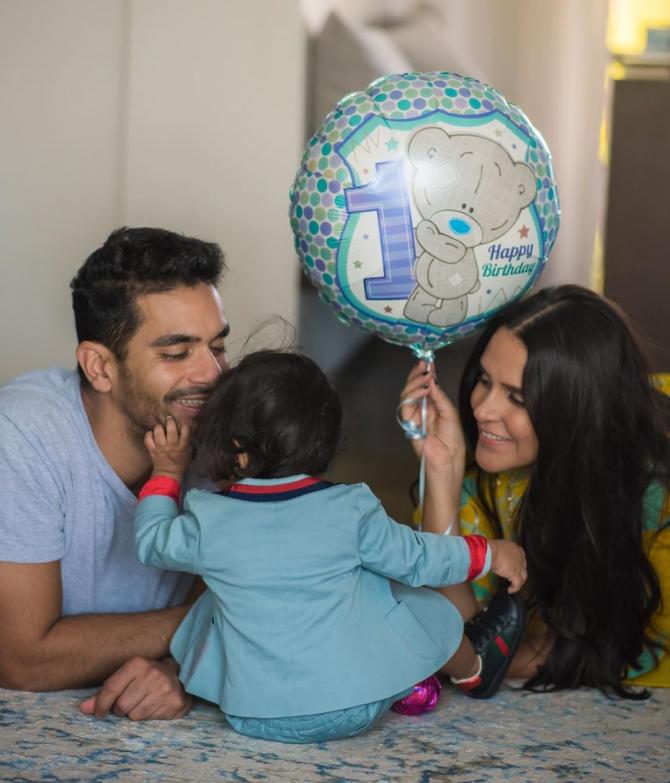 Has something like this ever happened with you as well?