Neeti Mohan shared a Boomerang of her husband, Nihaar Pandya performing daddy duties for their son, Aryaveer on her IG handle.

A boy changes into a man when he becomes a father. It is the moment when he actually realises what responsibilities mean and happily starts to change his world according to his baby. For a woman, it is a delight to watch her partner pamper their child, and Neeti Mohan shared one such moment on her IG handle. For the unversed, Neeti Mohan and her husband, Nihaar Pandya had become parents of a baby boy, Aryaveer on June 2, 2021.

After Aryaveer's birth, Neeti Mohan and Nihaar Pandya’s IG feeds are filled with the posts of their little munchkin. On Father's Day, Neeti had posted a video of Nihaar and Aryaveer with the caption, "I am crushing on these two coz it's the first Father's Day for new daddy @nihaarpandya with Aryaveer. So much love for all the fathers… our HEROS #HappyFathersDay."

Neeti Mohan And Nihaar Pandya's Love Is 'Insane', He Proves It With A Love-Filled Video And Poetry

A few hours back, Neeti Mohan shared a Boomerang on her IG stories as she captured her husband, Nihaar Pandya performing daddy duties for their son, Aryaveer. Nihaar can be seen with Aryaveer in his nursery as he was changing his diaper. Sharing the Boomerang, Neeti wrote, “@daddy on duty #Diaperchange @nihaarpandya” atop it. 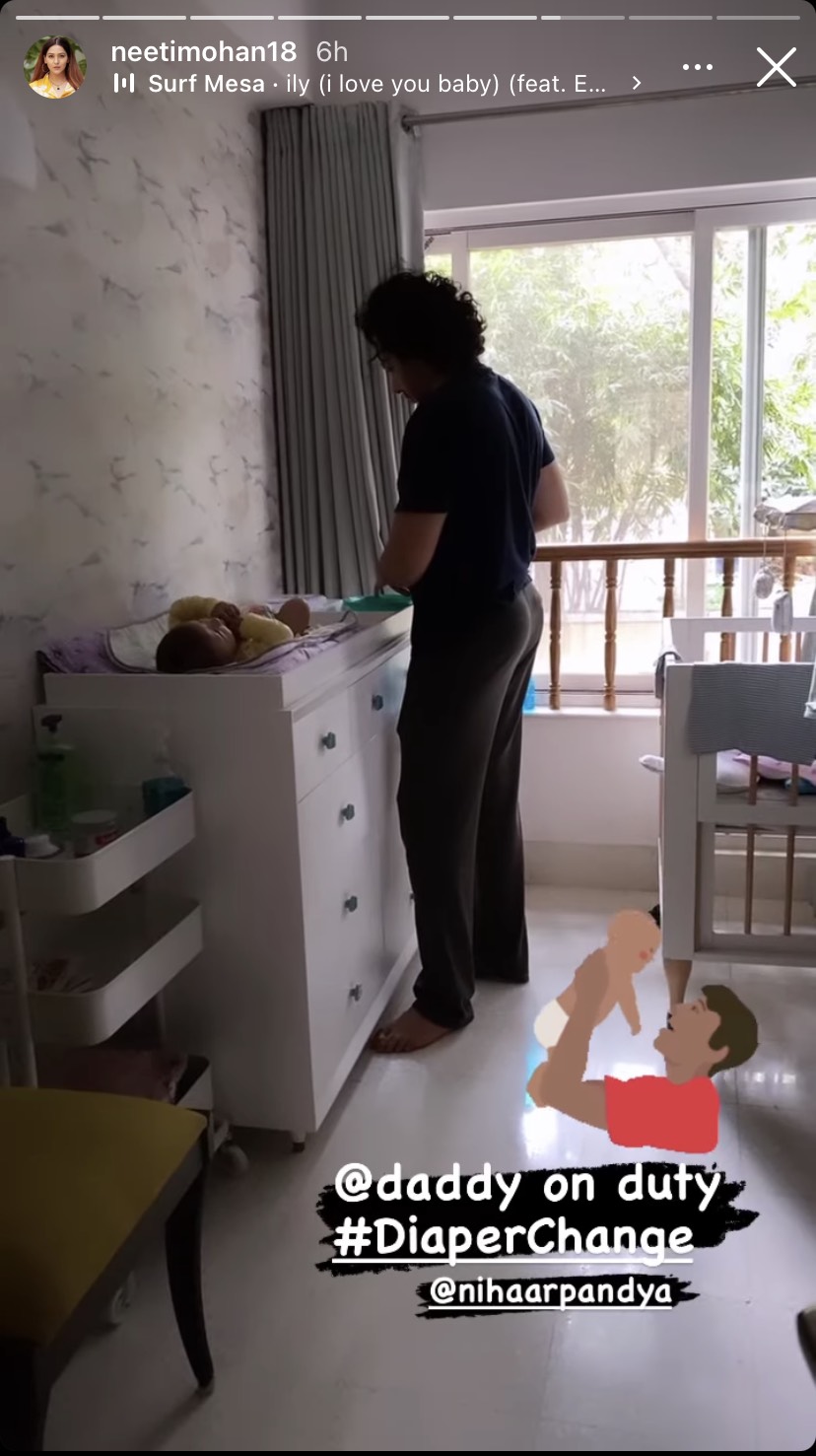 On July 11, 2021, Nihaar Pandya had taken to his IG handle to share a picture of Aryaveer sleeping peacefully in his new cot. In the picture, Nihaar and Neeti were seen looking at Aryaveer and caressing him with love. Nihaar had captioned the picture as “Living a fairy tale while digging into all the memories of the bedtime stories and tales @neetimohan18 and I ever heard. #Aryaveer #gratitude.” On the other hand, Neeti had also shared a picture of Aryaveer and had written, “Our precious one is transitioning from our lap to his first cot.” 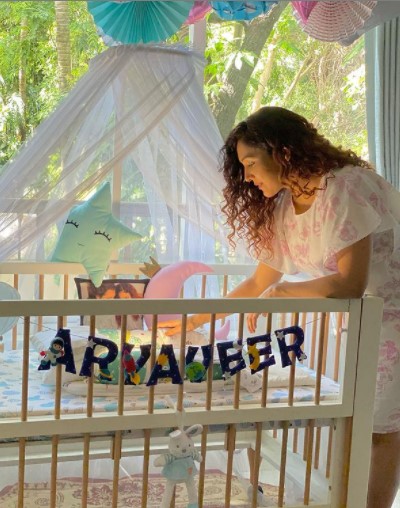 It was on September 12, 2021, when Neeti Mohan had shared pictures from her Ganpati celebration on her IG handle. In the photos, Neeti and Nihaar were seen holding their baby boy, Aryaveer in their arms. While Neeti had donned a gorgeous saree, Nihaar had looked dapper in a white sherwani. But their son, Aryaveer had taken all the attention with his yellow-coloured kurta and a pair of contrasting orange pants. 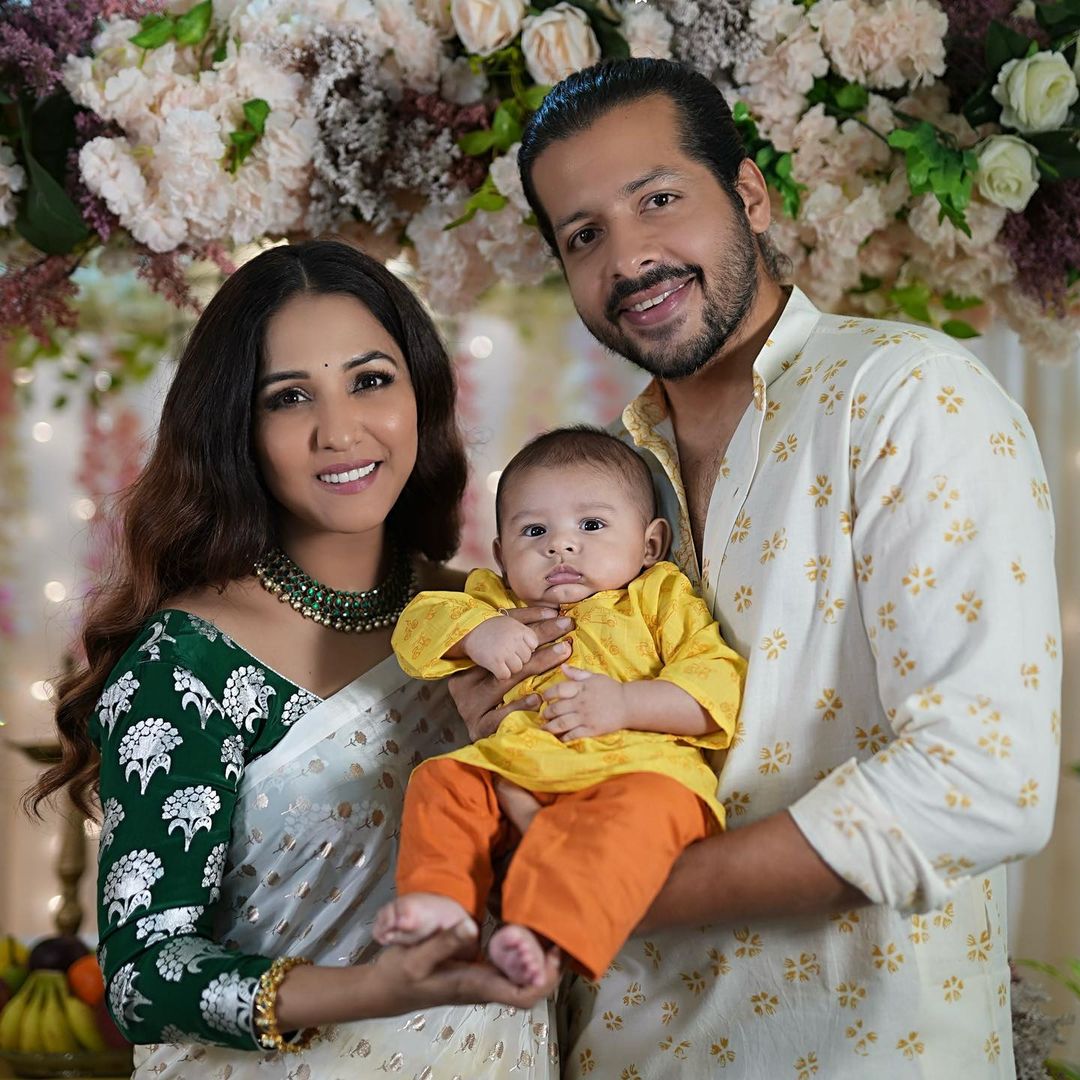 Alongside the picture, Neeti had written, "Meet our jigar ka tukda Aryaveer. Since the time he has come in our lives every day feels magical. Be it morning or night, what Aryaveer is doing is the breaking news in both our families. Too much of excitement and love pouring from everywhere. Feel blessed indeed! We hope to be the best parents we can be to our Boy. Thank you for all the wishes and blessings." 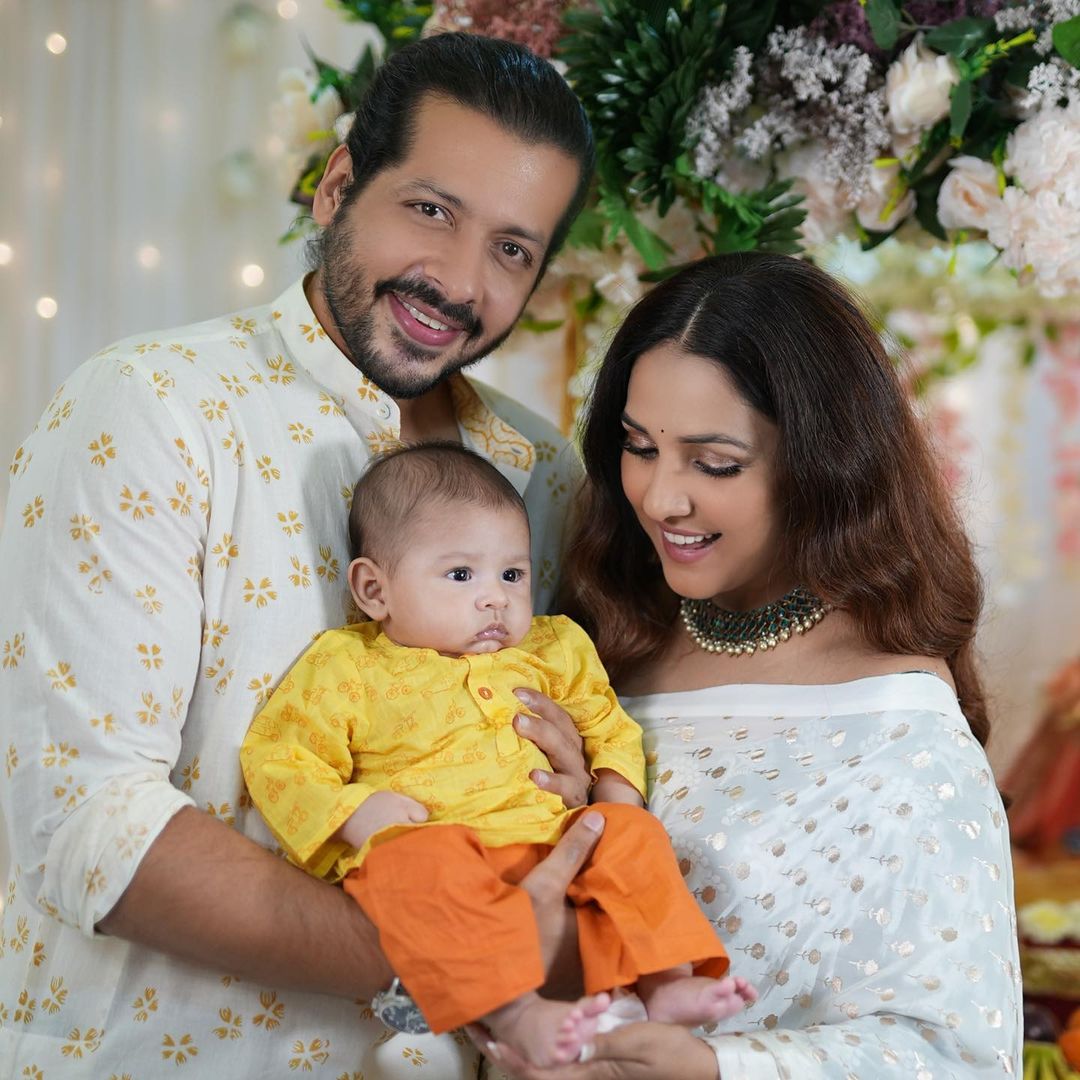 In an interview with SpotboyE, Nihaar Pandya had talked about his experience of seeing the birth of Aryaveer. He had stated that he was inside the labour room and saw his baby boy being delivered, which was nothing less than a miracle. He had said, "All these years we only had a bookish knowledge about a baby being born. The true meaning of a Miracle was understood when I witnessed the baby being delivered. Mother and son are doing well and we are Living a Dream. God and the baby are kind he chose us as parents for him." 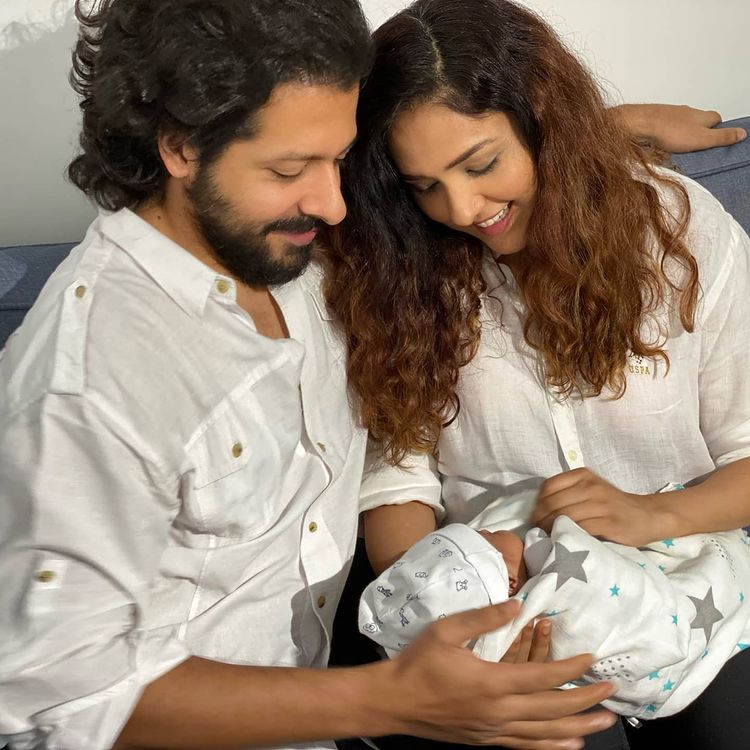 Neeti Mohan and Nihaar Pandya had tied the knot on February 15, 2019.