We all have discussed with our BFFs to have kids at the same time so that they can also grow up to be friends. While we all just dream of something like this, the popular singers of Bollywood, Neeti Mohan and Harshdeep Kaur actually did it. While Harshdeep and her husband, Mankeet Singh had welcomed a baby boy, Hunar on March 2, 2021, Neeti and her husband, Nihaar Pandya had welcomed a baby boy, Aryaveer on June 2, 2021. Just like Neeti and Harshdeep, looks like their kids are also growing up to be BFFs.

After Neeti Mohan had announced her pregnancy in February 2021, her best friend, Harshdeep Kaur, had shared the coincidence of pregnancy that the two friends had shared. Taking to her IG handle, Harshdeep had shared a twinning in the black picture of the then two expecting couples and had captioned it as:

Neeti Mohan Posts Pictures Of Her Sleepy Son Aryaveer, Looks Like A Cute Patootie In His Pink Beanie

"Can there be a more beautiful coincidence than this!! When I told my Paine @neetimohan18 that I'm expecting.. she surprised me by saying Harsh, "We're in this Together. Literally" Congratulations to you and @nihaarpandya for the upcoming baby and your wedding anniversary too. And I can't wait to see our babies becoming best friends & singing songs together Love you." 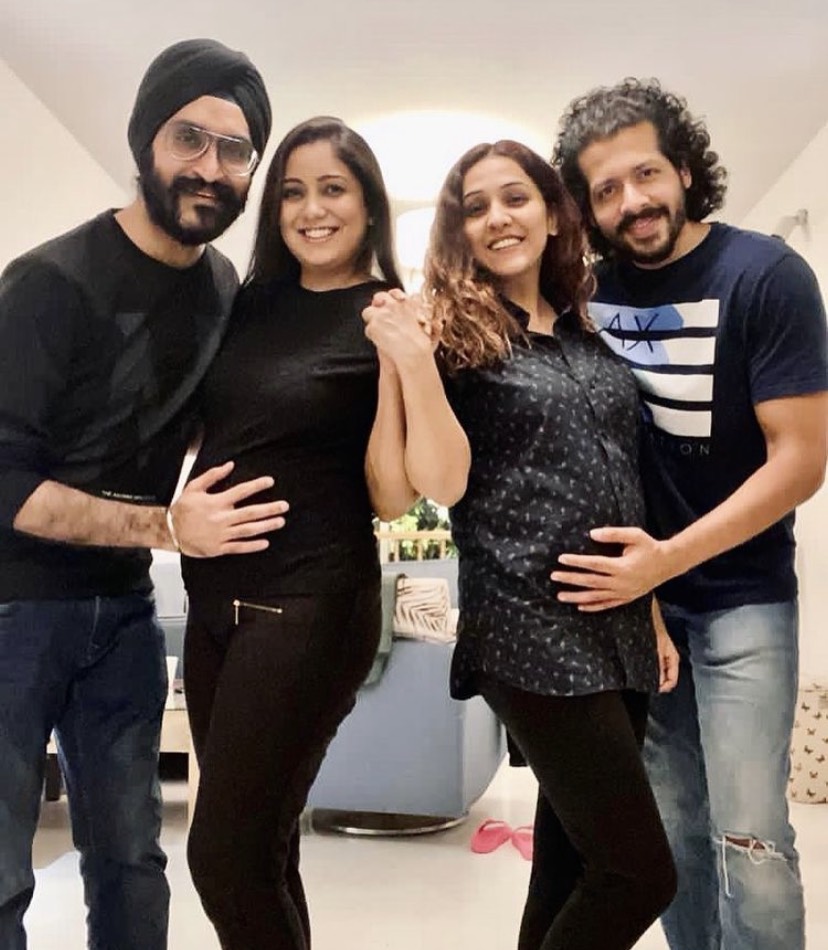 A few hours back, Neeti Mohan shared a video of her son, Aryaveer’s playdate with her best friend, Harshdeep Kaur’s son, Hunar. Well, on February 2, 2022, Aryaveer turned 8 months old and Hunar turned 11 months old, and the baby boys met for a fun session. In the video, Aryaveer and Hunar can be seen playing with each other, where the former wore a grey-coloured outfit and the latter donned a brown-coloured outfit. Sharing the video, atop it, Neeti wrote: 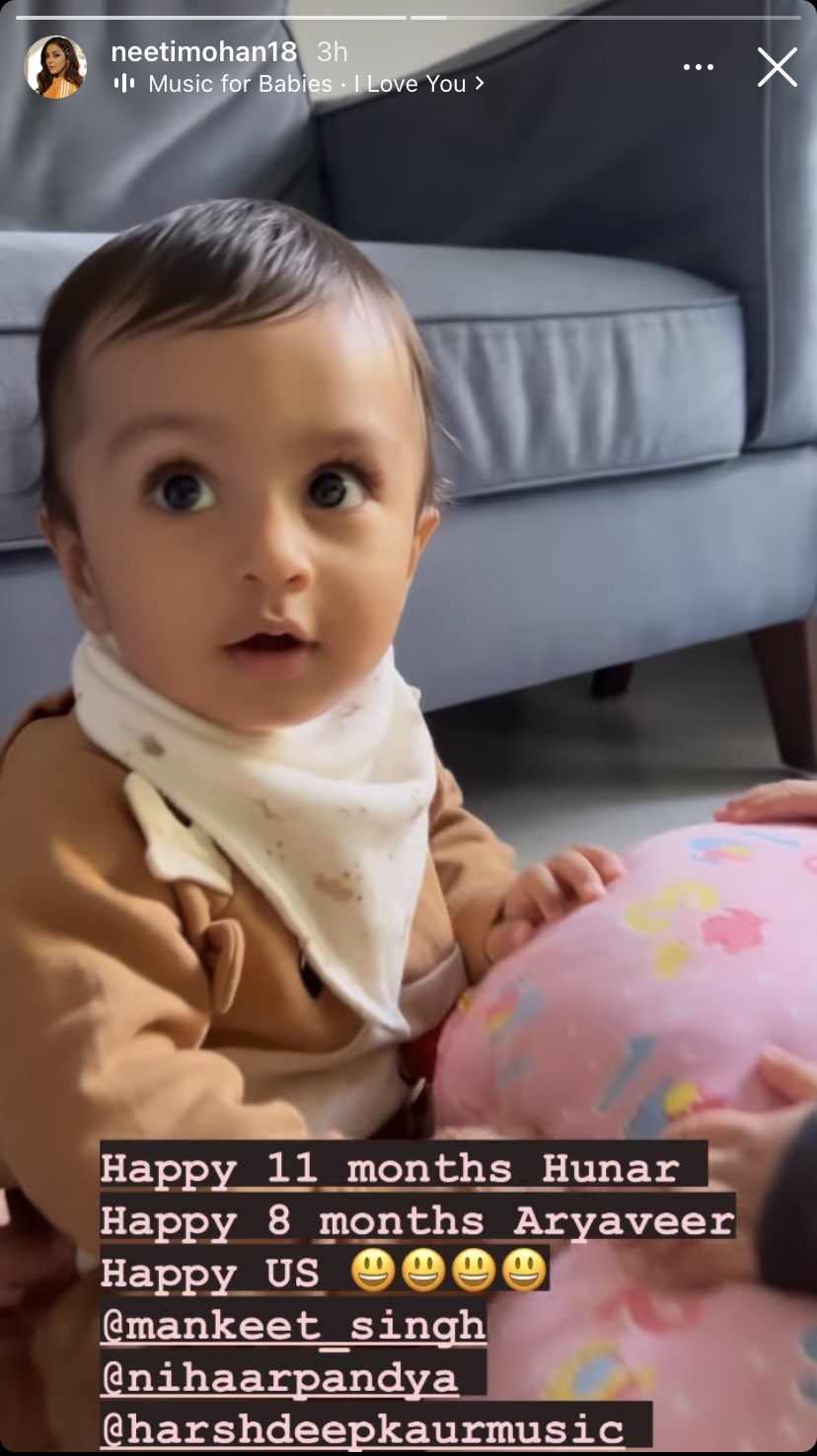 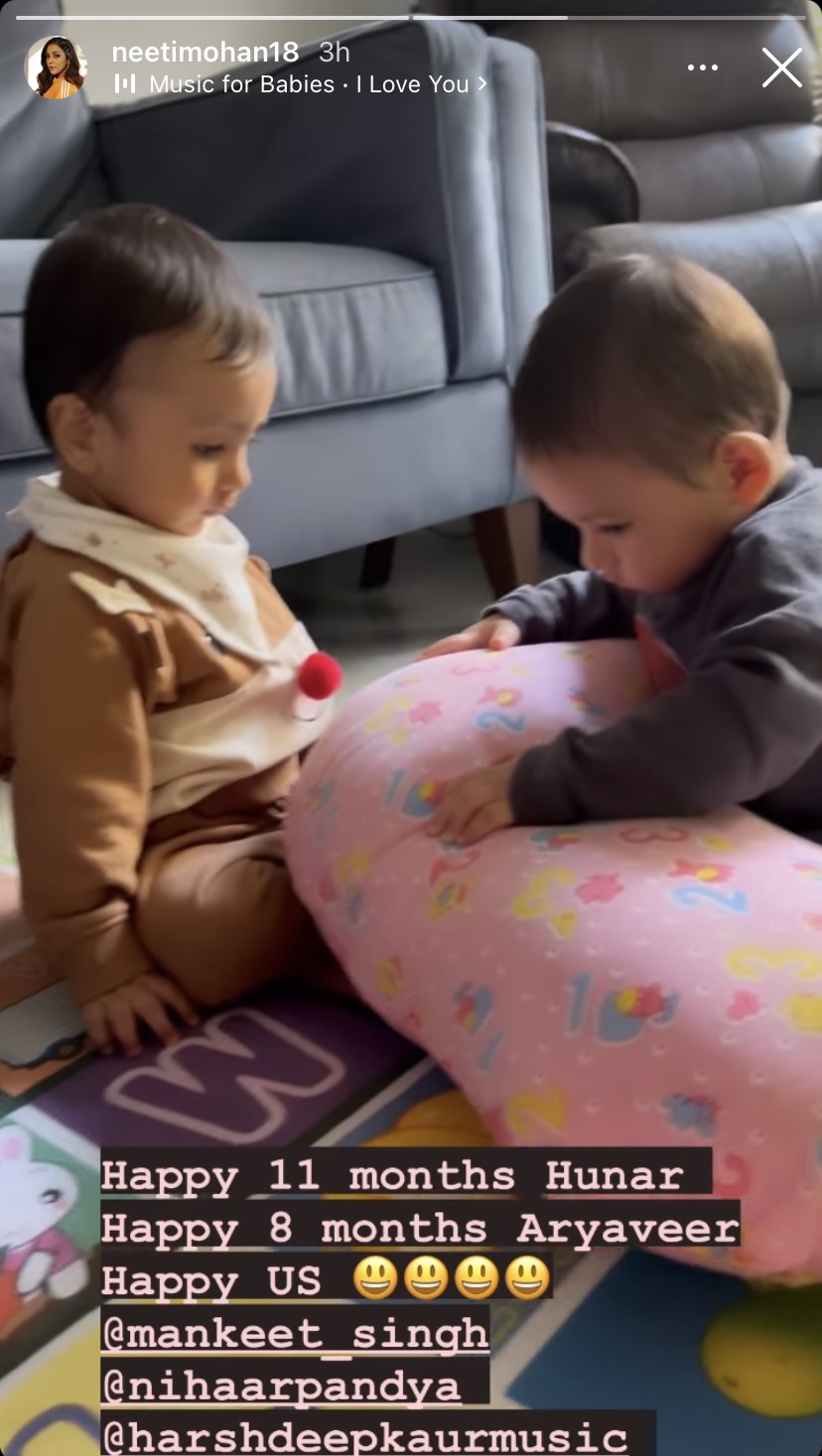 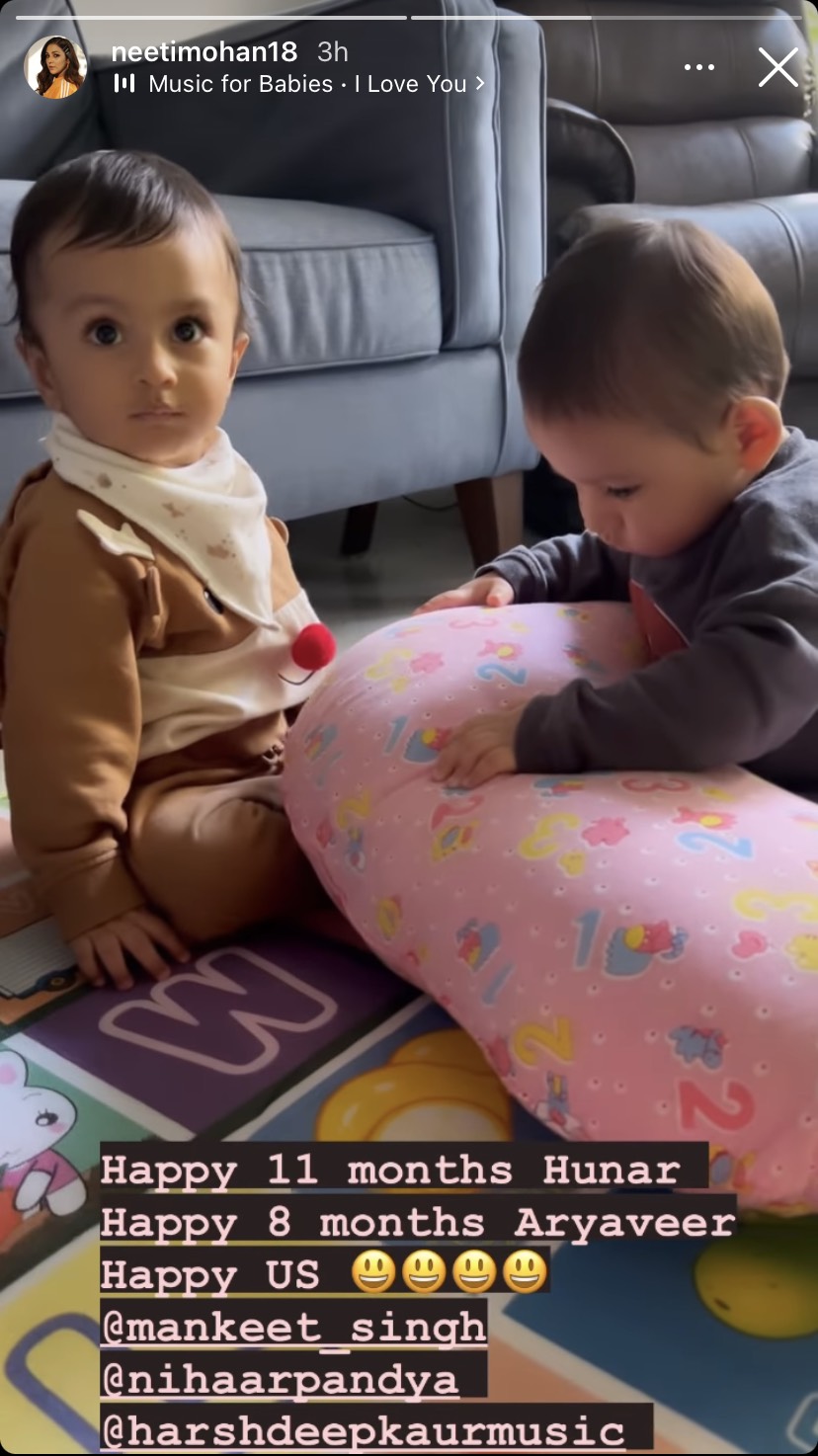 On September 4, 2021, Neeti Mohan had taken to her IG handle to drop two adorable pictures with Harshdeep Kaur. In the first picture, Neeti and Harshdeep were holding their sons, Aryaveer and Hunar, respectively, and twinning with them. In the second picture, Harshdeep had flaunted her six-month-baby bump and Neeti had flaunted her three-month-baby bump when they were pregnant with their sons. Neeti had captioned the pictures as:

"Twinning with our babies. Hunar has turned 6 months and Aryaveer 3 months old on the same date. Swipe right to see 6 month pregnant @harshdeepkaurmusic and 3 months preggo Me. Such a wonderful coincidence! I think we took “ I’LL BE THERE FOR YOU “ to a point of “I’LL BE WITH YOU TOO” Our journey from being friends to now mothers is so exciting. Can’t wait to sing along with our babies soon." 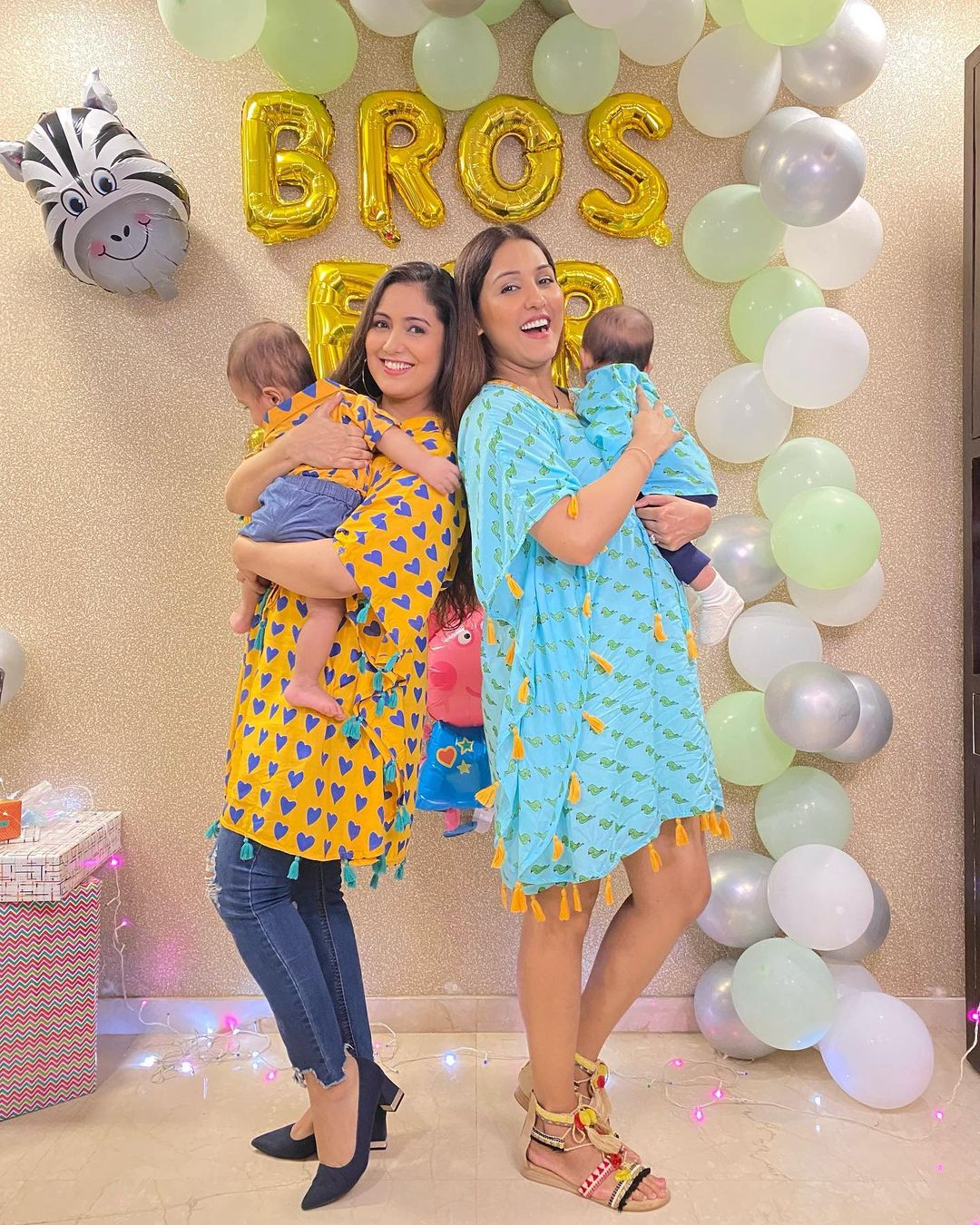 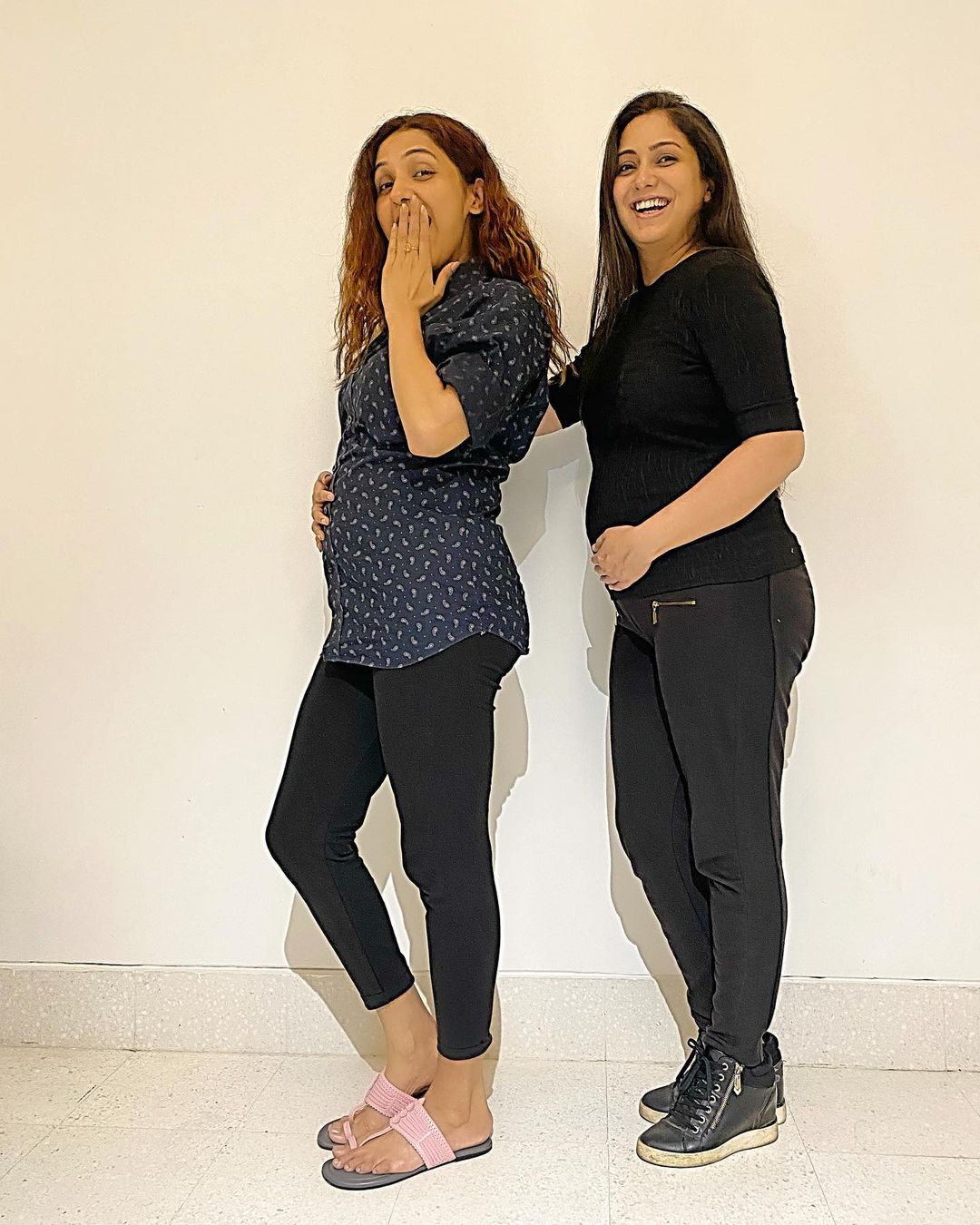 Neeti Mohan had attended her BFF, Harshdeep Kaur’s baby shower. Taking to her IG handle, Neeti had shared a picture with Harshdeep, where she could be seen giving her a kiss on the cheeks. While Harshdeep had worn a pink floral dress with a ‘Mom-to-be’ sash, Neeti had looked beautiful in a yellow strapped dress. Sharing the picture, Neeti had written: 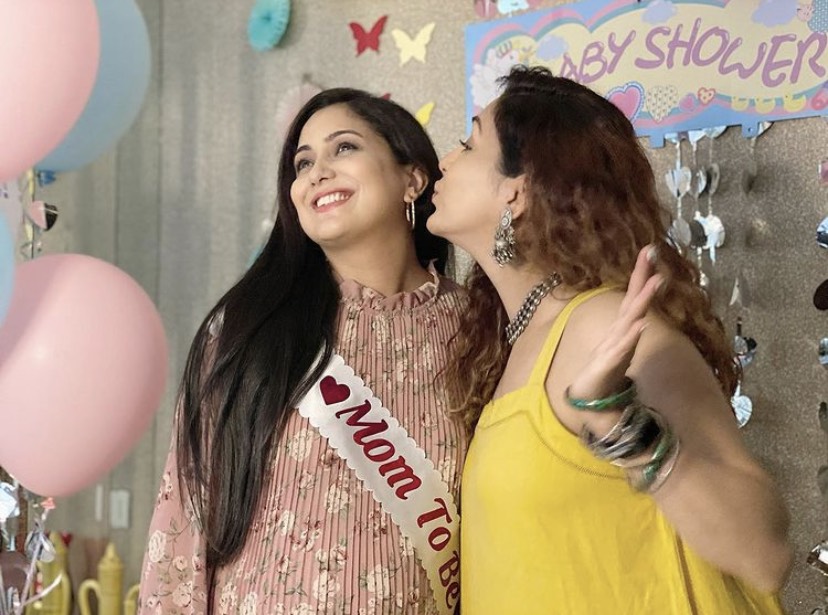 On May 15, 2021, Harshdeep Kaur had taken to her Instagram handle and had shared a screenshot from her BFF, Neeti Mohan's virtual baby shower amid the COVID-19 pandemic. The elated smile on Harshdeep's face had spoken everything about her excitement to meet her BFF, Neeti and Nihaar's first child. Atop the cutesy picture, Harshdeep had written: 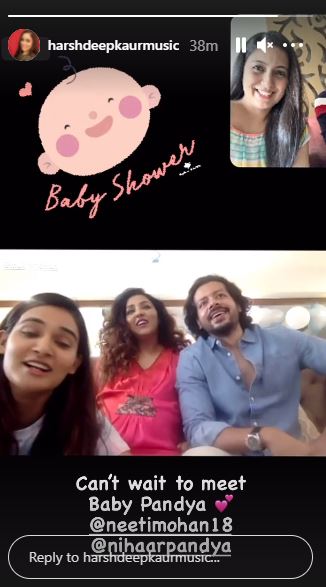 We really hope that Aryaveer and Hunar also become good friends just like their mommies!

Next Read: Twinkle Khanna Reveals She Became An Actress To Support Her Single Mother, Dimple Kapadia