There's no more incredible feeling in this world than becoming parents and one famous couple that is edging closer and closer to experience this beautiful feeling is Kasamh Se fame, Naman Shaw and his wife, Neha Mishra Shaw. For the uninitiated, the stunning couple had walked down the aisle in a lavish wedding on November 23, 2017, and since then they have been giving us major couple goals with their exotic vacations and dinner dates. (Recommended Read: Karan Veer Mehra And Nidhi Seth All Set To Get Married, Share Pictures From Their Wedding Ceremonies)

It was on Naman Shaw's birthday, i.e., December 18, 2020, when his pregnant wifey, Neha Mishra Shaw had shared two full-frame pictures with him and had delighted their million fans and friends. In the pictures, the couple had looked stunning in their respective attires. While Naman looked handsome in his dark blue t-shirt and blue pants, his wifey, Neha made us go 'aww' with her black dress and eccentric smile for the camera. Their sweet camaraderie in the pictures had once again made us believe that they're a match made-in-heaven. On January 24, 2021, television actor, Naman Shaw took to his Instagram handle and shared a cutesy picture with his wife, Neha Mishra Shaw from her surprise baby shower. The lovely suprise was organised by their closed friends, Kaniz Rabbi and Sheena Varma, and it has delighted the pregnant couple. In the picture, while Naman looked dashing as always in his black shirt and blue denim, it is his wife, Neha, who stole all the limelight with her pregnancy glow and baby bump, as she looked stunning in her blue striped dress. Along with the picture, Naman wrote a short and simple caption that can be read as "Thank you @kaniz_rabbi @sheenavarma for this beautiful surprise #surprisebabyshower #memorable." After some hours, Neha also shared a set of photos on her IG handle and captioned the with a thanking note that can be read as ""Oh My God" when the farewell dinner for @kaniz_rabbi turns into your surprise baby shower. Thank youuuuu @kaniz_rabbi @sheenavarma for a beautiful evening. Baby boo can't wait to meet you gorgeous girls #blessedwiththebest #myfriendsarethebest #babyshower." Take a look: 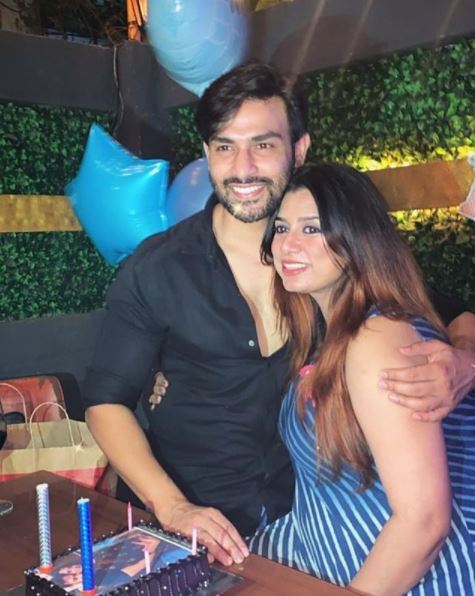 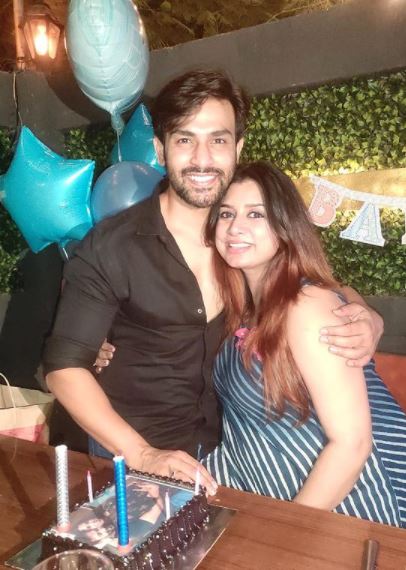 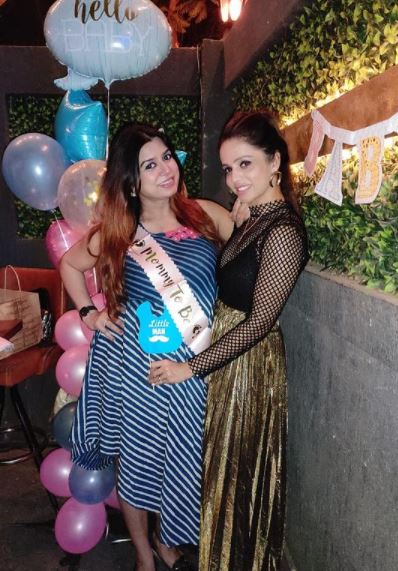 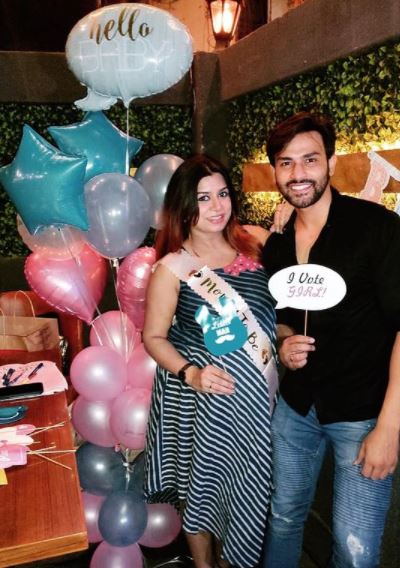 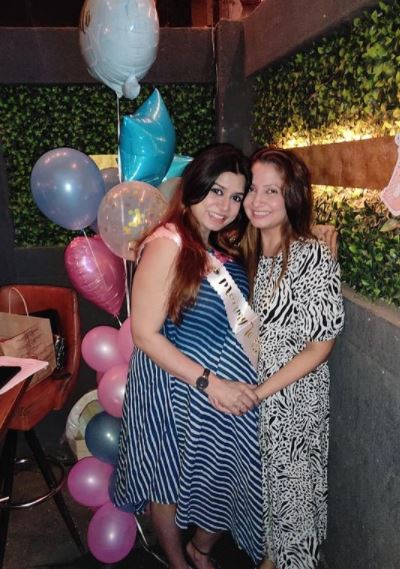 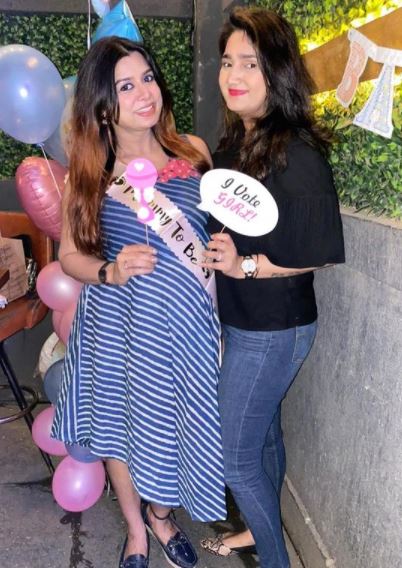 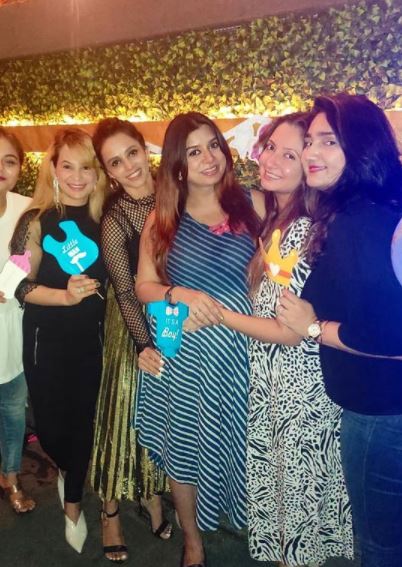 This isn't the first time when Naman Shaw and Neha Mishra Shaw have received such love from their friends. A few days ago, on January 18, 2021, we saw their close friends and television celebrities, Jay Bhanushali and Mahhi Vij at their home with lots of gifts for the to-be-parents. Both Naman and Neha shared a similar picture with their adorable guests and had penned a beautiful thanking note for Jay and Mahhi for all their efforts and love. While on one side, Naman had written, "Sunday's are so much fun when you get goodies from friends. Thank you @mahhivij @ijaybhanushali loved it #friendslikefamily #celebration" in the caption. His wife, Neha had written, "Overwhelmed with so much love Thank you @mahhivij @ijaybhanushali for all the efforts and lovely gifts Mommy to be, Daddy to be & Babyboo loved itttttt #friendslikefamily #somuchlove #lovingit #babylove #overwhelmed" in her caption. (Don't Miss: Pregger, Kareena Kapoor Khan Glows As She Is Showered With Love By Sister, Karisma Kapoor And Family) 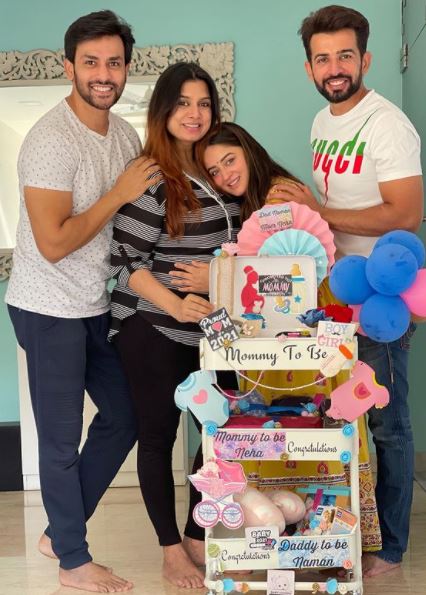 In an interview with The Times Of India, Naman Shaw had revealed when and where he and his wife, Neha Mishra Shaw had met for the first time along with some insights from their adorable love story. He had said, "We first met on the set of my TV show, where Neha made a cameo appearance for fun sake. We hit it off instantly and became good friends. Over the past eight years, our bond strengthened, and we became besties. Around four months ago, I realised that I couldn't envision my life without her and popped the question. In all these years, I had never seen her as a partner. She was just my best friend. I feel there is a stark resemblance between our journey and the characters in Kuchh Kuchh Hotaa Hai. I finally found my Anjali (Kajol's character) in my best friend, just like the film." (Also Read: Hardik Pandya Pays A Video Tribute To Late Father, Wife, Natasa Reacts To Their Emotional Memories) 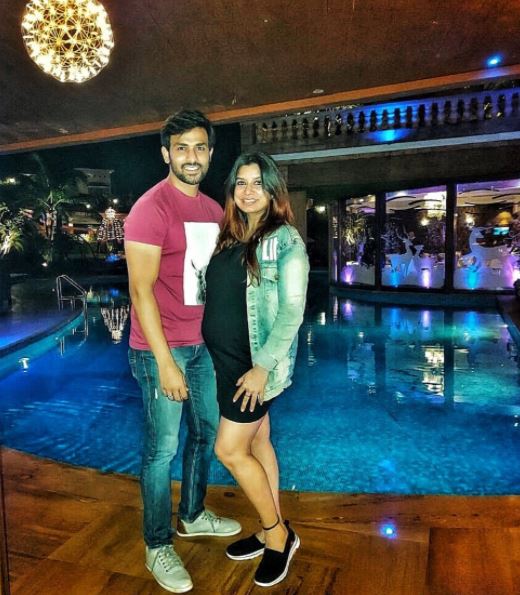 Did you like Neha's surprise baby shower pictures? Let us know!