It was only a few months ago that south Indian superstar, Nagarjuna’s younger son, Akhil Akkineni got engaged to his ladylove, Shriya Bhupal in an intimate ceremony. Now, Nagarjuna’s elder son, Naga Chaitanya has also entered the new phase of his life. 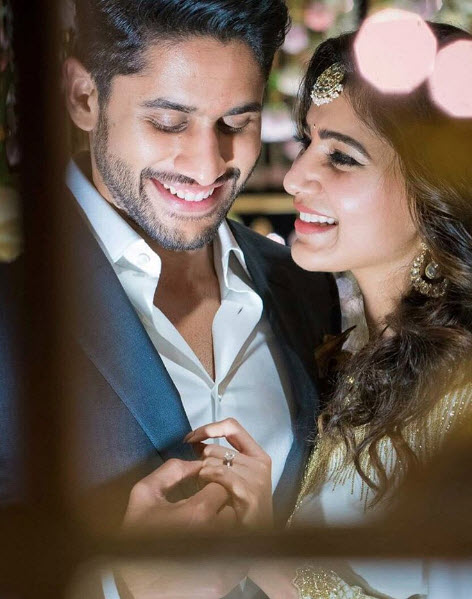 Actor Naga Chaitanya finally got engaged to his long-time girlfriend, actress Samantha Ruth Prabhu. The couple exchanged the rings on January 29, in Hyderabad, in the presence of only closed ones. 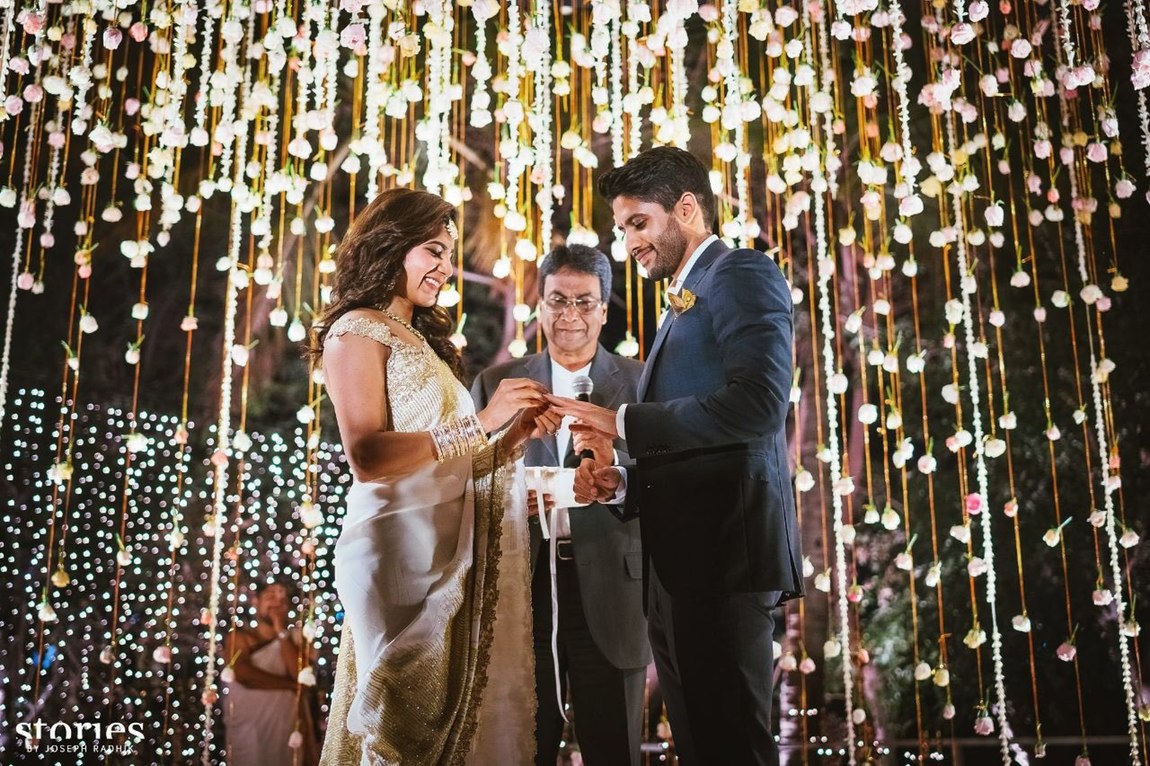 Newly-engaged, Samantha and Naga were looking adorable together in one frame. Naga’s baby brother, Akhil shared the happy news by sharing a beautiful picture with a very cute caption. 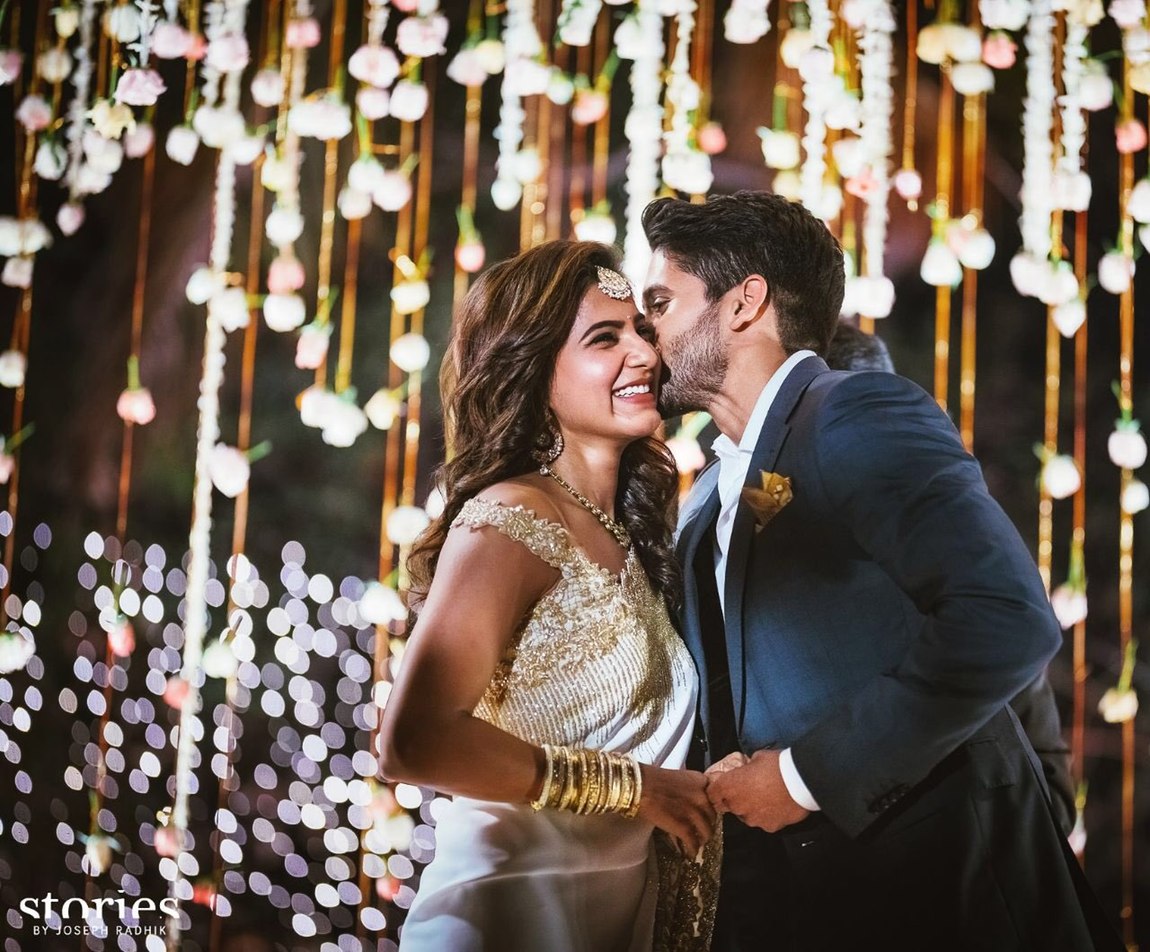 “My brother and my new sister! I’m the happiest thammudu in the world. Love you guys!”

Also Read: Telegu Heartthrob And Son Of Nagarjuna, Akhil Akkineni Gets Engaged To His Longtime Girlfriend

Akhil’s fiancée, Shriya was also present at the engagement. Take a look at the beautiful family picture of the Akkinenis, one big happy family! 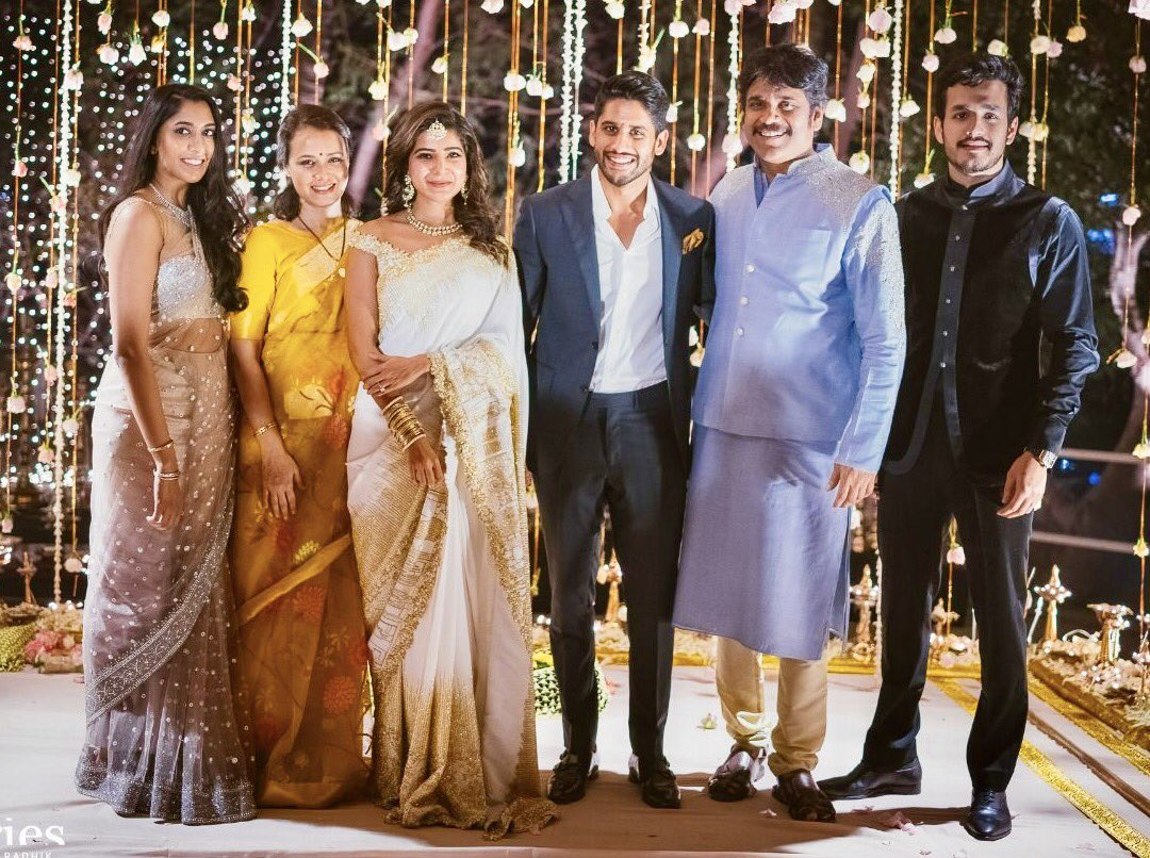 Here is a video of the two exchanging the rings:

Naga and Samantha’s love story started in 2009 when they met on the sets of their film and instantly felt the attraction. The two never made their relationship official in the public but dated for almost 7 years. 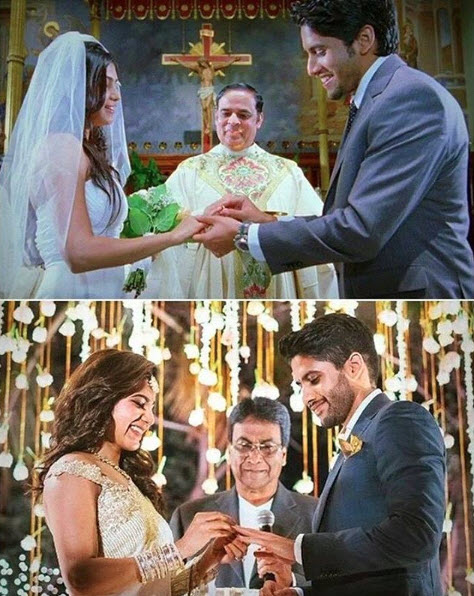 Naga and Samantha are officially a couple now and Naga’s father, Nagarjuna is on cloud nine.

“It’s official now. My mother is my daughter now. Couldn’t be happier!!”

All those who are confused after reading this tweet, Samantha played the role of Nagarjuna’s mother in the grand Akkineni movie, Manam which had all the generations of the legendary ANR clan. 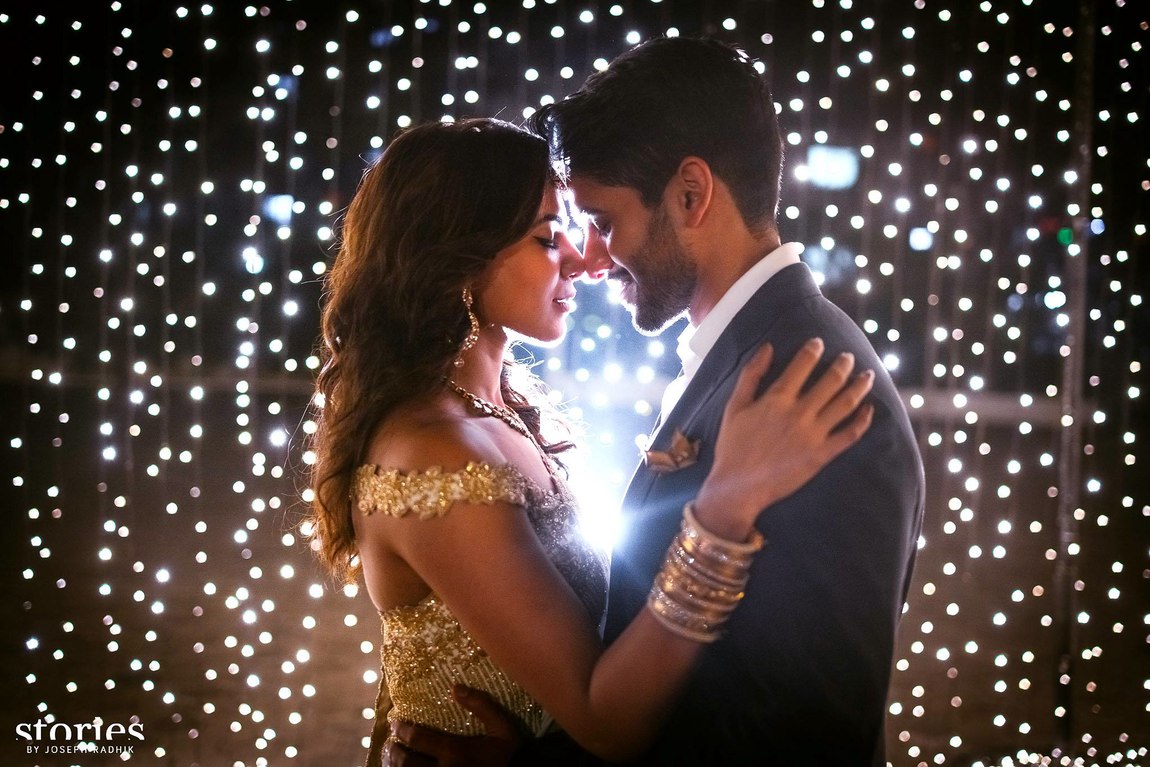 After the close-knitted engagement ceremonies of both Naga and Akhil, their fans have been waiting for their wedding date. So lately, while interacting with a famous tabloid, Naga Chaitanya revealed the wedding month. Here’s what he was quoted as saying:

“We will announce the full details once everything is finalised. But the marriage will take place in October as per our traditions and her family traditions.”

Our heartiest congratulations to the lovely couple, Naga and Samantha.

Now, all the Chai-Sam fans can rejoice that their favourite couple has entered the doubles club! Stay tuned for all the updates on this star couple’s wedding.

NEXT Read: Recently Engaged Samantha Prabhu Got Her Love Story Embroidered On Her Saree