As 'M.S. Dhoni: The Untold Story' completes four years on September 30, 2020, we have a special treat for Mahendra Singh Dhoni and Sushant Singh Rajput's fans. Find out what it is! 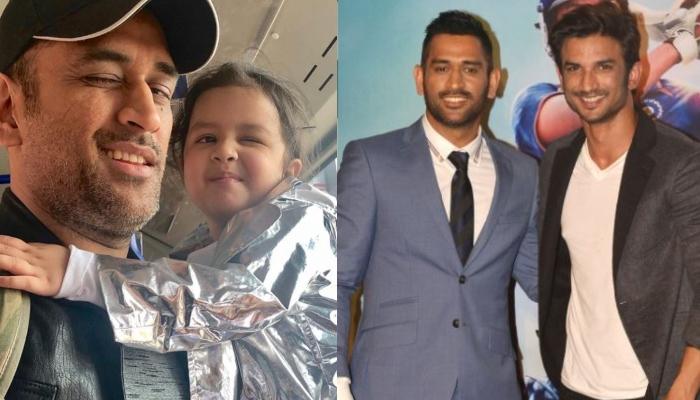 The biographical epic of Mahendra Singh Dhoni was a stellar box office success, starring late actor, Sushant Singh Rajput. With M.S. Dhoni: The Untold Story, the nation witnessed the struggles and hard work of former captain of the Indian cricket team, Dhoni to become what he is today and achieve immense success and respect. While the film was mostly about his career and journey as a cricketer, it had also marked to be a new beginning for Sushant. As much as we had loved an insight into Dhoni’s personal life and professional journey, we were impressed with the terrific performance by Sushant in the film. (Also Read: MS Dhoni Turns Producer With Wife, Sakshi For A Mythical Web Series Based On An Unpublished Book)

Mahendra Singh Dhoni had tied the knot with his ladylove, Sakshi Singh on July 4, 2010, in Dehradun, and five years later, the couple had embraced parenthood with the arrival of a little angel, whom they have name Ziva Dhoni. Post the release of M.S. Dhoni: The Untold Story, Dhoni was all-praises for Sushant’s performance and the perfection with which the actor had aced MSD’s signature shots and cricketing stance. Before the release of the film, Sushant had revealed that they “had three sets of meetings during 12 months of prep”. Dhoni had praised Sushant’s efforts in replicating his famous helicopter shot. 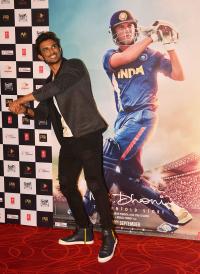 As M.S. Dhoni: The Untold Story completes four years on September 30, 2020, the social media is filled with throwback memories of the actor and cricketer, and their interviews. Scrolling through social media, we found a picture of Mahendra Singh Dhoni, in awe of Sushant Singh Rajput playing with his then around a-year-old daughter, Ziva Dhoni. The black-and-white picture of Dhoni, Sushant and Ziva will definitely make you nostalgic and teary-eyed as it screams of nothing but love, and only love! Another picture from 2015 shared on Sushant’s Facebook page had him and his former girlfriend, Ankita Lokhande cuddling little Ziva as they had gone for dinner at Dhoni and Sakshi’s Ranchi residence. Here are the pictures: 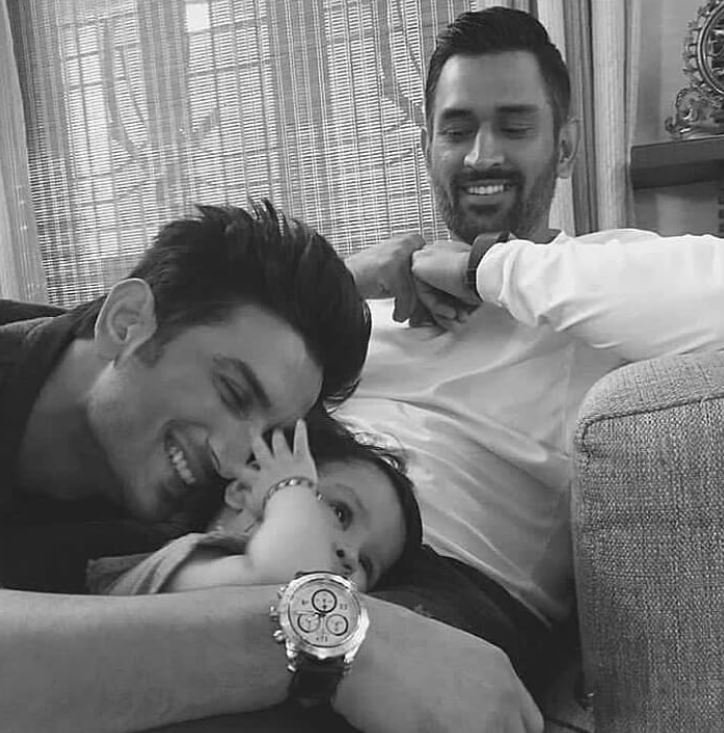 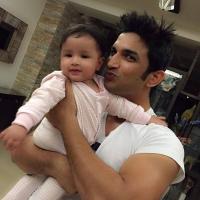 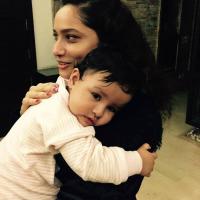 Did you know Sushant Singh Rajput had practised the helicopter shot for M.S. Dhoni: The Untold Story 225 times a day? The multi-talented star had believed that there’s no substitute for hard work and was a true dreamer. Another instance of his perfection was when Sushant revealed that he had 250 MCQs in mind for Dhoni during the preparation of the film. As per the Hindustan Times, Sushant had said before the release of the film, “We had three sets of meetings during 12 months of prep. In our first meeting, I just asked him to narrate his story. In the second, I came up with 250 hypothetical multiple-choice questions for him. Since we already have a definition of ourselves in our head, when we answer normal questions, it comes from that. But when you do it on the basis of instinct, it’s a different story. In the third set of meetings, I asked him specific questions about script, things like ‘What were you thinking in that moment?’, just to be sure that I was going in the right direction.” (Also Read: Sara Tendulkar's Love Reaction On KKR Player, Shubman Gill's Fielding Efforts Fuels Dating Rumours) When Mahendra Singh Dhoni was asked if he was nervous to see his life unfold on-screen and reacting to the questions by Sushant Singh Rajput, he had retorted, “Sushant must be feeling more nervous because it was for him to show what he was feeling inside and make the audience believe him, for which he has really scraped me. He used to ask me about how did I feel at that time, how do I feel now. I told him, “yaar tum sawaal he poochhte rehte ho”. In reality, we spent a lot less time together.”

Speaking of Mahendra Singh Dhoni’s bond with his daughter, Ziva Dhoni, for a show on Star Sports, the cricketer had expressed how the little one has changed him as a person. Expressing his feelings on embracing fatherhood, Dhoni had remarked, "I don't know whether it has changed me as a cricketer, as a person yes of course because daughters are very close to their fathers. In my case the problem is when she (Ziva) was born I was not there (three years ago), most of the time I was playing cricket, so everything bad somehow is thrown at me (to deal with)." (Also Read: Ziva Singh Dhoni Is Her 'Papa', Mahendra Singh Dhoni's Biggest Fan, Flaunts His Sketch, Video Inside) 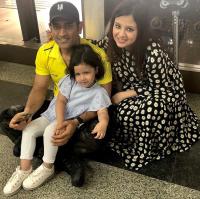 Sushant, Dhoni and Ziva’s picture is indeed a sight to behold!