Divorces and separations punch a big hole in the heart, but sometimes it punches an even bigger hole in the pockets! The end of some Bollywood marriages might have brought tears in the eyes of the fans, but the real tears were in the eyes of those who ended up paying heavy alimony to their partners. Here, take a look at Bollywood's most expensive divorces of all times. 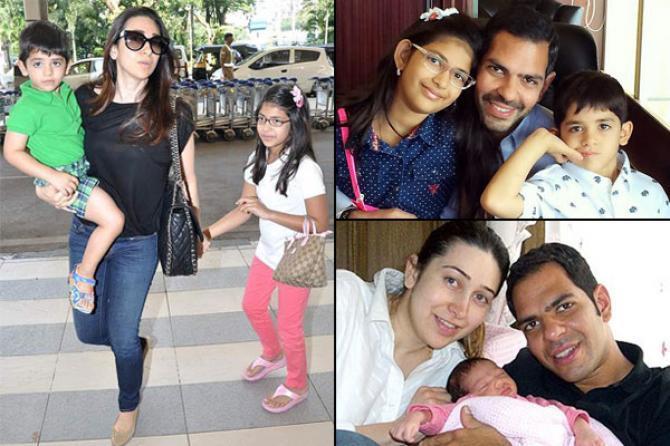 Karisma Kapoor has had her fair share of ups and downs when it comes to relationships. Her engagement with actor, Abhishek Bachchan was called off, and she later married Sunjay Kapur. But, she did not have a happy marriage. It is believed that the problem in their relationship was due to Sunjay's disloyal nature. The couple filed for a divorce in 2014, and the two got legally divorced in May 2016. If reports are to be believed, she won’t be getting anything for herself. A lawyer involved in the case was quoted as saying, "Karisma will get Sunjay's father's house (in Khar) transferred in her name. Sunjay has to purchase bonds worth Rs. 14 crore for the children, which will attract a monthly interest of around Rs. 10 lakh."

Apparently, reports also state that Sunjay is bearing all the expenses of the kids. Also Read: Karisma Kapoor Was About To Become A Bachchan 'Bahu' But Ended Up Becoming Sanjay Kapur’s 2nd Wife 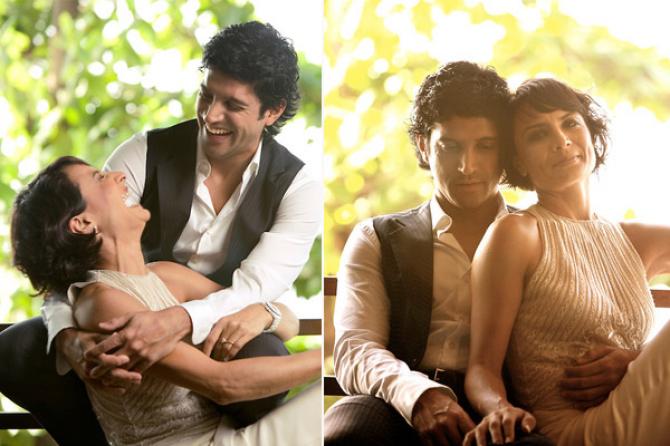 Farhan Akhtar and Adhuna Akhtar Bhabani, who called it quits after 16 years have ensured that they go through a transparent separation. According to the recent reports, Farhan is going to pay one-time alimony to Adhuna, instead of monthly maintenance. In addition, Adhuna has expressed her desire to keep the couple's home, Vipassana, a sprawling 10,000 square feet bungalow in Bandstand, Mumbai for herself. Not just this, Farhan will also invest considerable money for the security of their kids’ future. Though the custody of their children will remain with Adhuna, Farhan can meet them whenever he wants.

You May Also Like: 6 Shortest Marriages That Bollywood And Telly World Has Ever Witnessed A fairytale love story ended in a divorce when Hrithik and Sussanne announced their split. The rumours hinting at the hiccups in their relationship started surfacing when Hrithik's international movie, Kites was released. For a very long time, the two denied that anything was wrong, but they finally accepted that all was not well. They split up in 2014, and the alimony that Sussanne demanded was a stupendous sum of 400 crores. Even though Hrithik took to Twitter to deny this, rumours were rife that he paid her 380 crores. Well, that is a huge amount!

Recommended Read: Sussanne Khan Finally Revealed That Why She Ended Her 13 Years Of Marriage With Hrithik Roshan Their marriage never went down well with Saif's family, probably because of the huge age difference between the two. Even then, the two had a lavish wedding and stayed married for 13 long years. However, after the divorce, chote Nawab had to pay a hefty amount for the alimony and child support. The amount was never revealed, but it is believed that it was almost half his fortune.

In an old interview, Saif was quoted as saying, "I'm supposed to give Amrita Rs 5 crore, of which I've already given her approximately Rs 2.5 crore. Also, I'm paying Rs 1 lakh per month until my son becomes 18. I'm not Shah Rukh Khan. I don't have that kind of money. I've promised her I'll pay up the rest of the money, and I will, even if I've to slog till I drop dead."

Also Read: Saif Ali Khan Reveals How He Broke The News Of His Divorce With Amrita Singh To Sara And Ibrahim 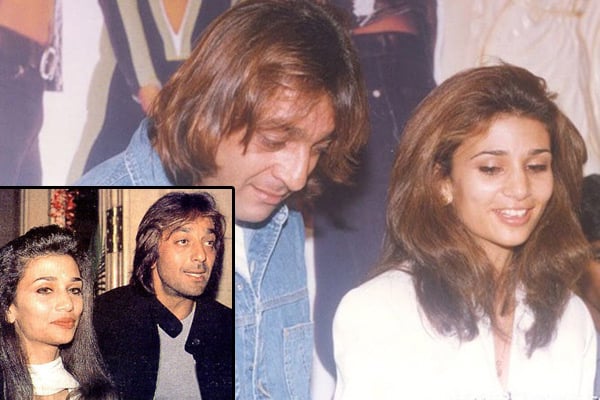 Sanjay was very much in love with his second wife, Rhea Pillai before she fell in love with the tennis star, Leander Paes. It is believed that Sanjay was not at fault in this relationship, but poor Sanju Baba suffered the most. As alimony, Sanjay gave her a sea-facing luxury apartment along with an expensive car. He even took care of her bills for a very long time.

Do you know there were rumours about Dutt cheating on Rhea, which was one of the prime reasons for the couple's separation? Do Read: Bollywood Heartthrobs Who Cheated On Their Wives Yeah, it happened. The much in love couple also ended up in divorce. Unlike Rhea's previous one, this was an ugly divorce where both the partners went on-air to criticise each other. Even from this divorce, Rhea demanded alimony for 4 lakh rupees, 3 lakh for herself and 90,000 for the upkeep of their daughter who was attending the most expensive school in Mumbai. 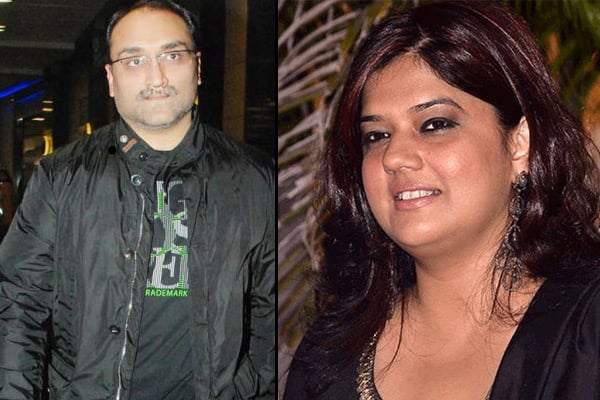 Aditya Chopra and Payal Khanna were childhood sweethearts. There were a lot of speculations regarding the reason for their separation, one of them being Aditya's affair with actress, Rani Mukerji. Well, whatever the reason may be, it took a very long time for the couple to finalise their divorce as apparently, Payal had demanded a huge amount of the alimony. They finally settled the issue and the divorce was filed, but the amount for the alimony was kept under wraps. 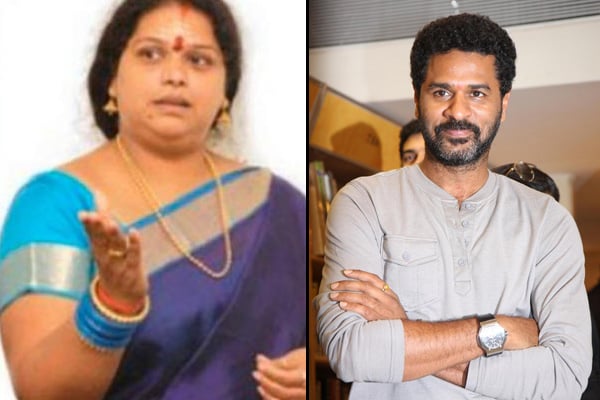 The talented actor, director, choreographer and dancer, Prabhudeva was once married to Ramlath with whom he has two boys. Ramlath settled for a one-time alimony of 10 lakh rupees along with two expensive cars and property worth 20-25 crores! Also Read: Prabhu Deva's Love Life: Affair With Nayanthara Led To His Divorce Only To Break Up With Her As Well 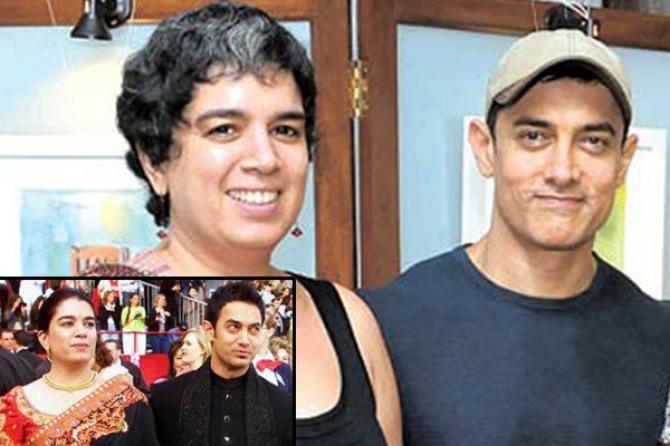 Aamir Khan and Reena Dutta married against the wishes of their parents. However, the couple started drifting apart over time. The reason for the divorce is said to be temperamental differences, but it is believed that it was Aamir's wandering ways that led to the separation. The alimony was huge, but the real amount was never revealed.

Irrespective of who was at fault, these Bollywood divorces turned out to be really expensive. Now, who thought that marriages could be this exorbitant!