Natasha Sharma shared an array of glimpses from her 'godh bharai' ceremony arranged by her hubby, Aditya Redij and family. However, the mommy-to-be's glow on her face was simply unmissable!

Popular television actors, Natasha Sharma and Aditya Redij had got engaged in a close-knit ceremony on April 29, 2012, in New Delhi. For the unversed, the much-in-love had met for the first time on the sets of their television show, Na Aana Is Des Laado. Since then, they had developed a bonding, and gradually this had turned into pure love. And now, after being in marital bliss for more than eight years, they had announced Natasha's pregnancy.

It was on April 1, 2022, when Natasha Sharma had taken to her IG handle and had shared an oh-so-gorgeous picture of herself to announce her pregnancy. In the picture, she was seen wearing a satin black-coloured monokini paired with a green satin shrug dress while flaunting her baby bump as she had posed for the camera. However, what had caught our attention was that her husband, Aditya Redij was behind the camera, clicking the beautiful picture. Sharing the happy news of her life, Natasha had penned: 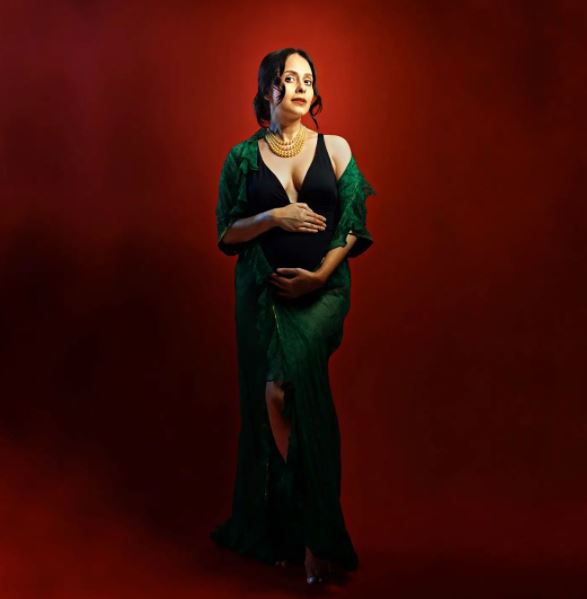 On July 2, 2022, Natasha Sharma's husband, Aditya Redij and their families hosted a godh bharai ceremony for her. Taking to her IG handles, she has been sharing cutesy glimpses from the same, and we just can't stop drooling over them. For the event, the mommy-to-be opted for a deep-green silk saree adorned with big golden borders. She paired her look with a matching blouse and golden temple jewellery, which included a broad choker neckpiece, a long necklace, matching earrings, a maang teeka, golden and green bangles. In addition, she teamed her look with glowy makeup, including blushed cheeks, red lipstick, a bindi and a middle-parted messy bun hairdo. However, the glow on her face due to her pregnancy was simply unmissable. Check out the glimpses from the ceremony wherein her husband and family members were seen participating in the rituals along with her: 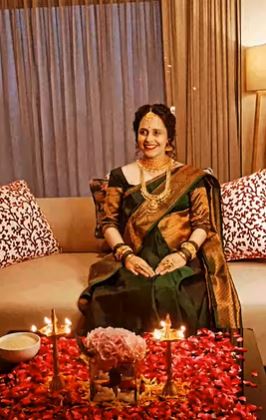 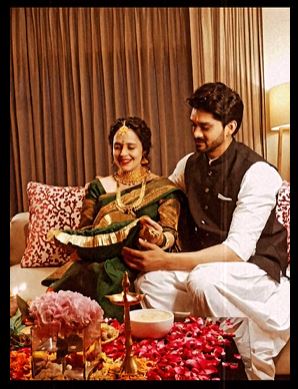 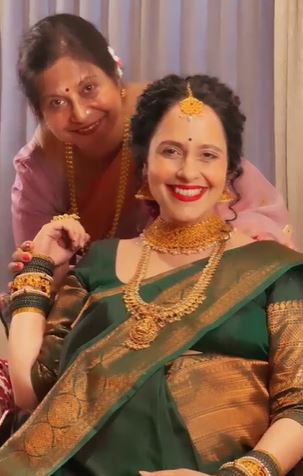 Earlier, in an interview with the Hindustan Times, Natasha Sharma had talked about her first pregnancy. She had revealed that at the beginning of her pregnancy, she was not even able to understand the feeling since she had to visit the doctor constantly. However, talking about how things have been going in her life now, the mommy-to-be had mentioned that she has been feeling a burst of energy inside her these days. In her words:

“Initially you don’t even realise with the trips to the doctors. Ab Mujhe feel ho raha hai, where I can enjoy myself with the baby. Lately, I have been feeling a burst of energy. I’m doing more things and have been more active.” 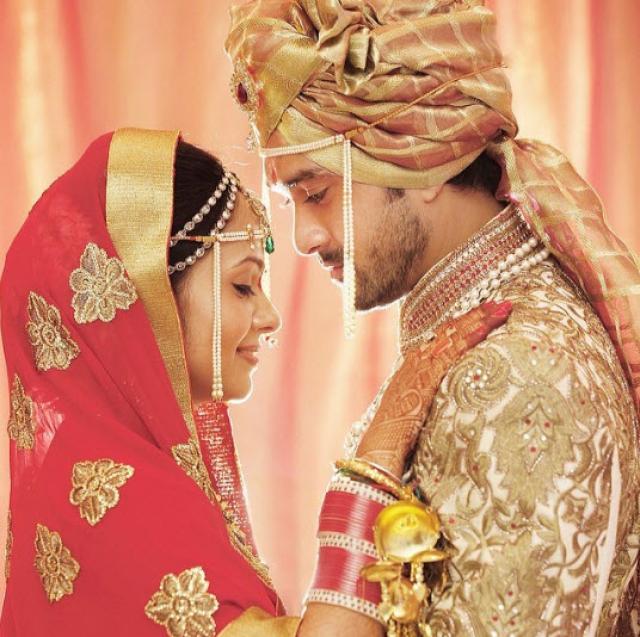 Further, in the same conversation, the soon-to-be-mommy had revealed the time when she and Aditya had got to know about her pregnancy. While the announcement of Natasha's pregnancy had left the internet in a frenzy, the soon-to-be-parents were also surprised at the same time. Interestingly, Natasha mentioned that they had not planned the baby. She had said:

"It came as a surprise. We were not planning it. This is the first time I have conceived. So we took it as God’s signal and we are going ahead with it. The year has begun on a beautiful note for us. After eight years of marriage, we are (still) very love stuck and into each other completely. The baby has made our bond stronger. The way he looks at me, treats me, it makes me wholesome from the inside." 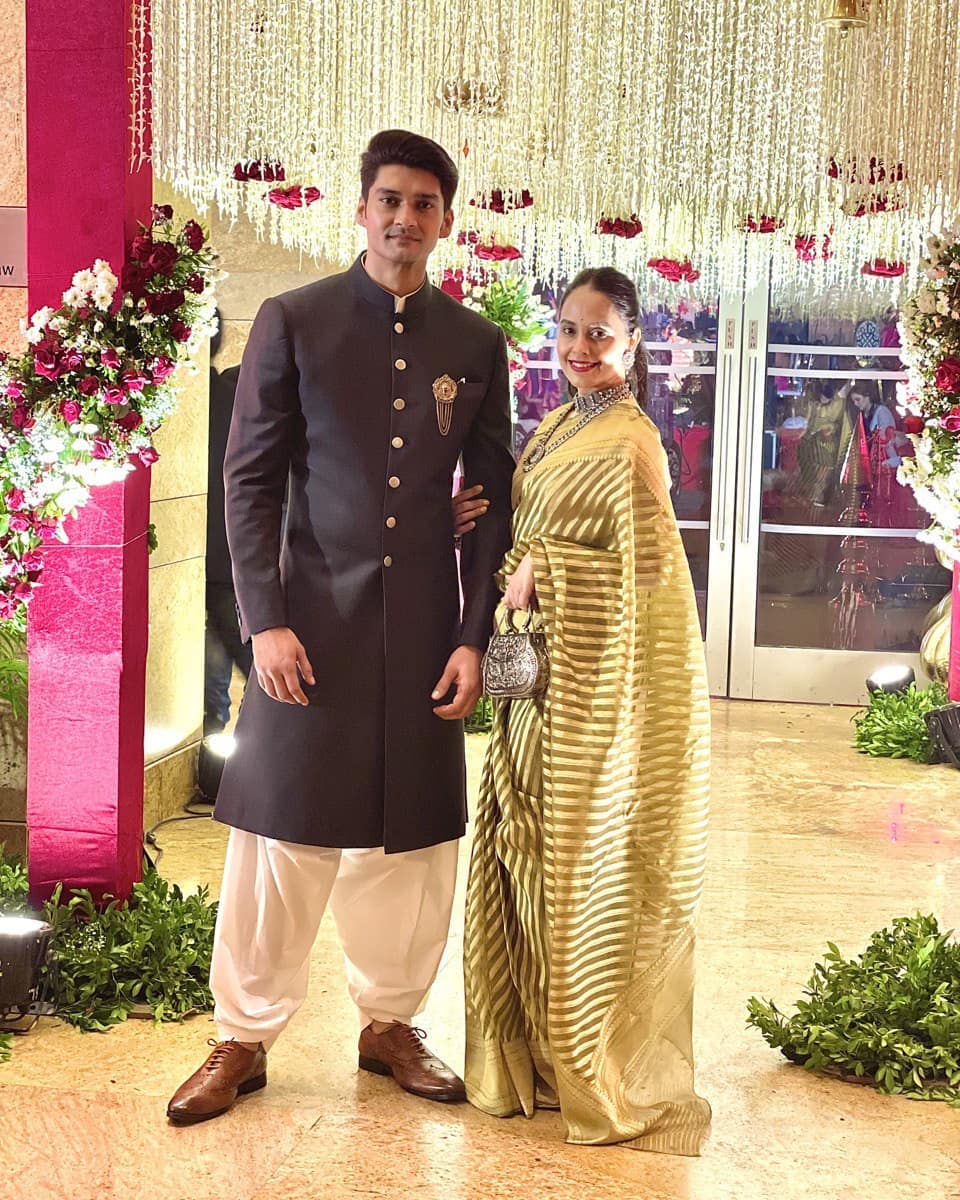 Well, we are already drooling over Natasha's glimpses from her godh bharai ceremony! What about you? Let us know.

Next Read: Twinkle Khanna Attends Adele's Concert With Akshay Kumar, Sings Her Heart Out And Gets Teary-Eyed