Mira Rajput Kapoor Had Once Revealed Which One Of Hubby, Shahid Kapoor's Exes She Likes The Least

Mira Rajput Kapoor Had Once Revealed Which One Of Hubby, Shahid Kapoor's Exes She Likes The Least

In an interview, Mira Rajput Kapoor was asked about her husband, Shahid Kapoor's exes.

Shahid Kapoor had pleased his fans by announcing his marriage with a 21-year-old Delhi-based girl, Mira Rajput, out of nowhere. Mira has made a special place in our hearts with time, courtesy to her gorgeous smile, strong opinions, witty posts, and her candidness in interviews and talks shows. Mira is a social media queen, and it is pretty evident from the huge fan following she has on her social media handles.

Before his marriage, Shahid Kapoor was rumoured to have dated two leading ladies from the glamour world. Shahid Kapoor's longest public relationship was with Bollywood diva, Kareena Kapoor, who is now married to Saif Ali Khan. There were also rumours of Shahid Kapoor dating Priyanka Chopra briefly. Mira often refrains from commenting on her hubby, Shahid's previous relationships, but once, in an interview, she was asked about her husband, Shahid's exes. Scroll down to know what she had said! On Neha Dhupia's chat show, BFFs With Vogue, Shahid Kapoor and Mira Rajput Kapoor had talked at length about their relationship and had addressed each other's past relationships. The host, Neha Dhupia had indulged Shahid and Mira in a game where she either had to answer a question or remove a piece of clothing. Mira was asked which of Shahid's exes does she like the least and the star wife had a diplomatic answer. She had said, "All of them are exceptional actresses. So I don't dislike any of them. I really don't." When probed further, Mira had said, "Because you are forcing me, I'll take off my earrings."

Also Read: Shahid Kapoor Reveals That His One Girlfriend Cheated On Him, And He is Doubtful About Another One 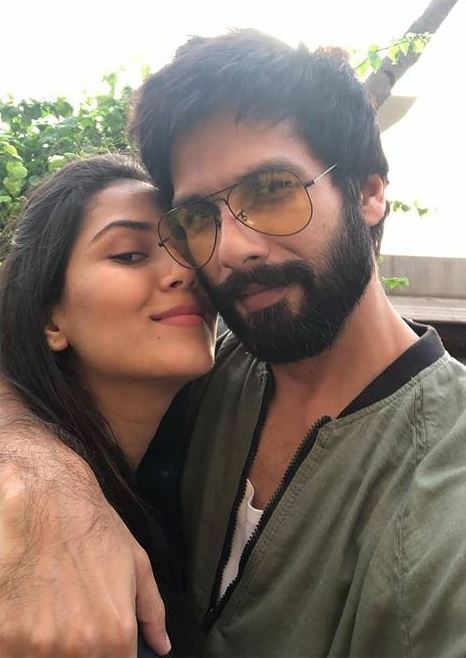 Mira Rajput Kapoor's hilarious posts and lovely pictures with her husband go viral on the internet in no time. On Holi 2021, Mira Rajput Kapoor had given a glimpse of her 'full of kisses and snuggles' Holi with her husband, Shahid Kapoor. In the video snippet, we could see the couple bathed in colours smothering each other with kisses. Mira had captioned her post as "Happy Holi! This time I got the real."

It was on Koffee With Karan in 2017 when Mira Rajput Kapoor had made her debut on national television with her husband, Shahid Kapoor. On the show, Shahid and Mira had spilt the beans on their relationship and married life. During the rapid-fire round, Karan had asked Mira to choose one of the four deal-breakers in marriage from the options - cheating, interfering in-laws, bad sex, and boredom. Mira had answered, “I don’t have interfering in-laws, we are not bored, we don’t have bad sex, so, cheating,” leaving Karan impressed. In an interview with the Filmfare, Shahid had praised his wife for creating a perfect home and had said, "Marriage is like a book. Mira’s my biggest reality because we share our lives together. In the past four years, she’s constantly said, “Shahid, when your films didn’t work, I used to wonder what was going on? I’ve been part of the struggle too for four years. I’ve been there with you through your highs and lows. Now I know.” There’s a partnership, there a sense of achieving together. She got married so young, had two kids and had to figure out how to deal with that when she was just stepping out of being a kid herself. She must have had her dreams and desires but she pushed those aside."

Also Read: Did You Know Randhir Kapoor Gave This Nickname To Shahid Kapoor When He Was Dating Kareena Kapoor? 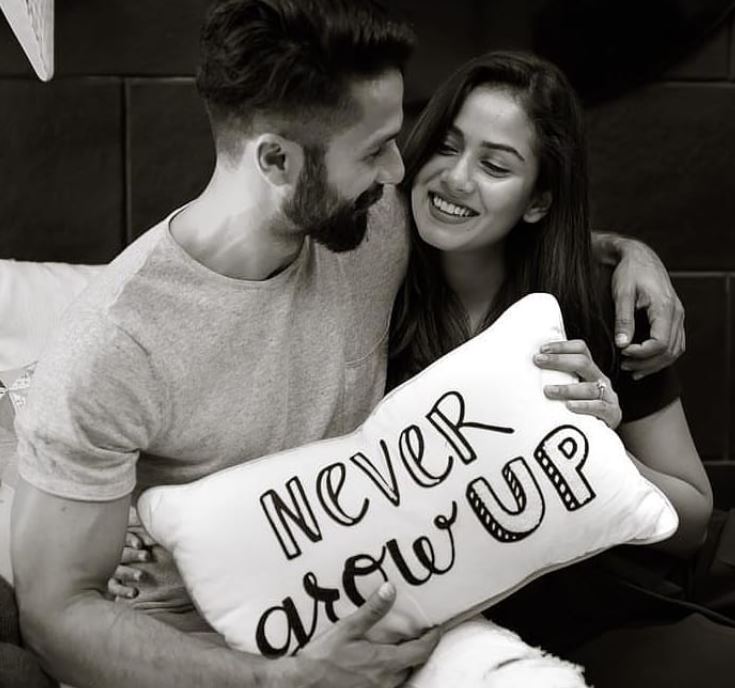 Shahid Kapoor had turned 40 on February 25, 2021, and his wife had the sweetest wish for him. Mira had posted a twinning-in-blue loved-up selfie with Shahid. In the picture, she had given him a sweet peck on his cheeks while posing for the camera. Wishing Shahid on his birthday, Mira had written, “I like me better when I’m with you Happy 40th to the love of my life. Any wiser and I’m in trouble. Lucky me you don’t look it and lucky you, I don’t show it. I love you baby.” 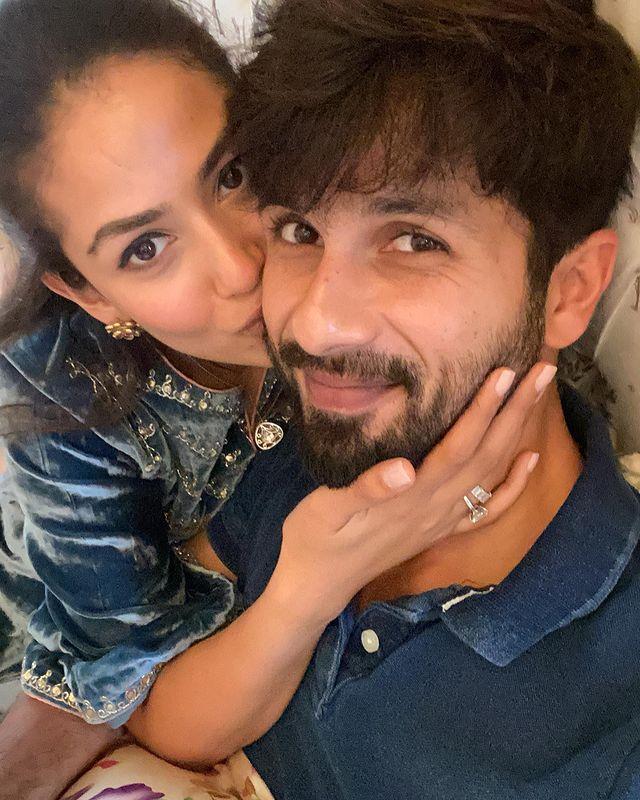 What are your thoughts on Mira's statement on Shahid's exes?

NEXT READ: 11 Women In Shahid Kapoor's Life: From Kareena Kapoor To Mira Rajput