Ankita Konwar has revealed her boyfriend had passed away and she had decided to move out of the country. Having started to work for Air Asia, she met Milind Soman on a flight and dated for 5 years.

Love has no language, age and any barrier and this adage has been proved true to us by our Bollywood movies and many love tales. Some couples have eloped to get married to their dream partners, some have broken the barriers of religion, And the number of such couples who give us #relationshipgoals is innumerable. (You May Like: Janhvi Kapoor Reminisces Her Parents, Sridevi And Boney Kapoor's Lovestory, Shares A Throwback Pic)

Milind Soman and Ankita Konwar make for one such couple who has broken the stereotypes of age. They tied the nuptial knot on April 22, 2018, last year after dating each other for quite a while. Even though their age-difference (Milind is 52 and Ankita is 27) did lead to trolling and raised many eyeballs, their love for each other was least affected. 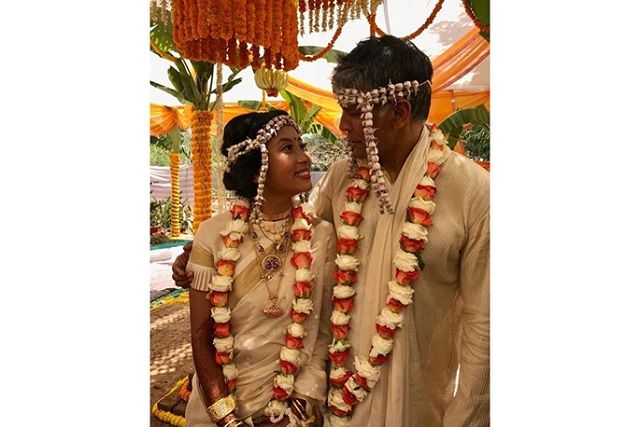 Milind Soman's wife, Ankita Tonwar has detailed out their love story to the official page of Humans of Bombay. Ankita Konwar has revealed that her boyfriend had passed away and it was the most heartbreaking phase of her life. Ankita was quoted as saying, "I decided to move out of the country & started working with Air Asia, as a cabin crew in Malaysia. It was at that time that my then boyfriend, suddenly passed away. It was heartbreaking–it felt like there was no coming back. A couple of months later, I got posted in Chennai. I was staying in a hotel with my colleagues. Once, in the lobby, I saw a tall, rugged man. It was Milind Soman!" 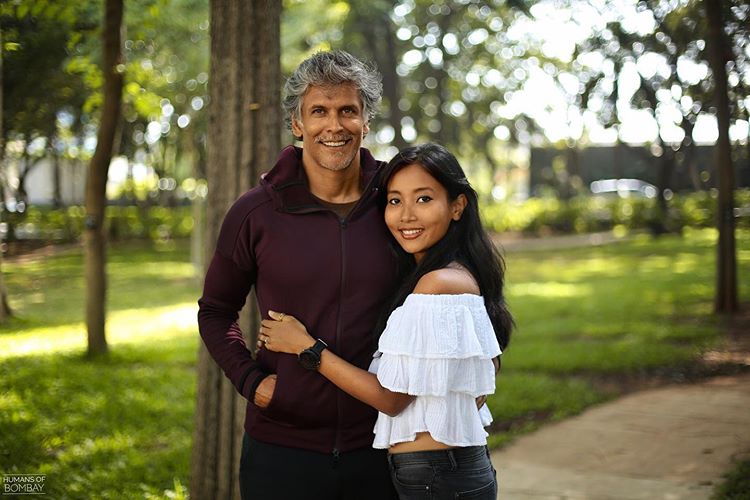 Ankita Konwar then revealed how she met Milind Soman the next time and thereafter. Recalling their encounters, Ankita has shared, "I was a big fan! So I went to say hello, but he was busy. A few days later, I saw him again at the hotel’s nightclub. I kept looking at him & he was staring at me too! My friends urged me to go talk to him. So I asked if he’d like to dance & he obliged! There was a vibe–I could feel it! But I didn’t want to get too involved. So I excused myself & I thought he’d forget about me. But soon he came looking for me–he had to go so he asked for my number. It was a new number, so I didn’t remember it & didn’t have my phone on me either. So he made my friend take his number & asked me to message him." 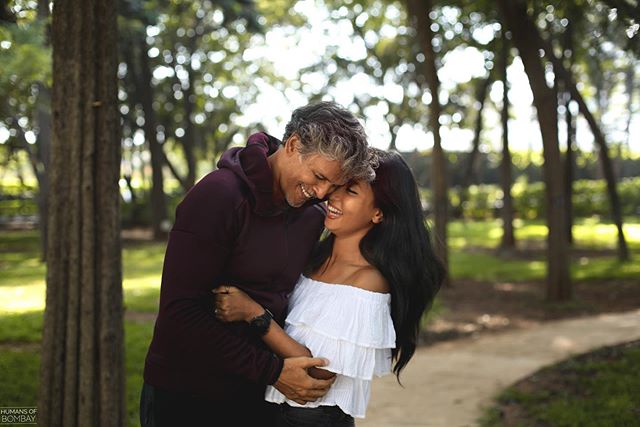 And finally, how love brewed between the two, Ankita added, "A few days passed by & I couldn’t get him out of my mind. So I texted him & we met again after a week, for dinner. After that, we’d constantly text & meet. But I still couldn’t bring myself to get fully involved. Until one day, I told him that because of my past, with my boyfriend, there was a part of me that couldn’t let go. To which he said, ‘When I fell in love with you, I fell in love with all of you. Even the part that carries the burden of your past. So don’t be afraid, we’re in this together.’ That’s when I knew–this was the man for me! We dated for 5 years after that–until we decided to get married!" (Must Read: Dalljiet Kaur On Second Marriage Plans, Says Have Been Meeting Guys, Will Be An Arranged Marriage) 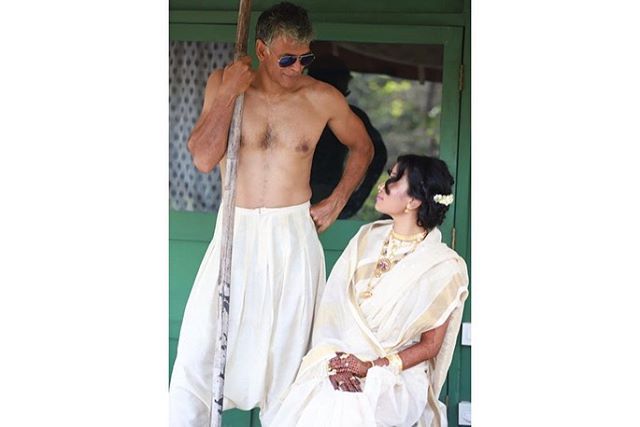 Commenting on their family's reaction and how they eventually had three weddings, Ankita Konwar concluded her story with, "My family & a few others were worried because of the age gap between us. But it wasn’t an issue for us! So when they saw us together & they saw how happy I was around him, they agreed too! Believe it or not, we got married thrice! We had a traditional wedding in Alibaug, a white wedding in Spain under a waterfall & the third, at a place called ‘the end of the world’ there. He’s the best thing that’s happened to me; he taught me to let go, to fall in love, to be happy. And our adventures have only just begun–I can’t wait to live the rest of my life with him." 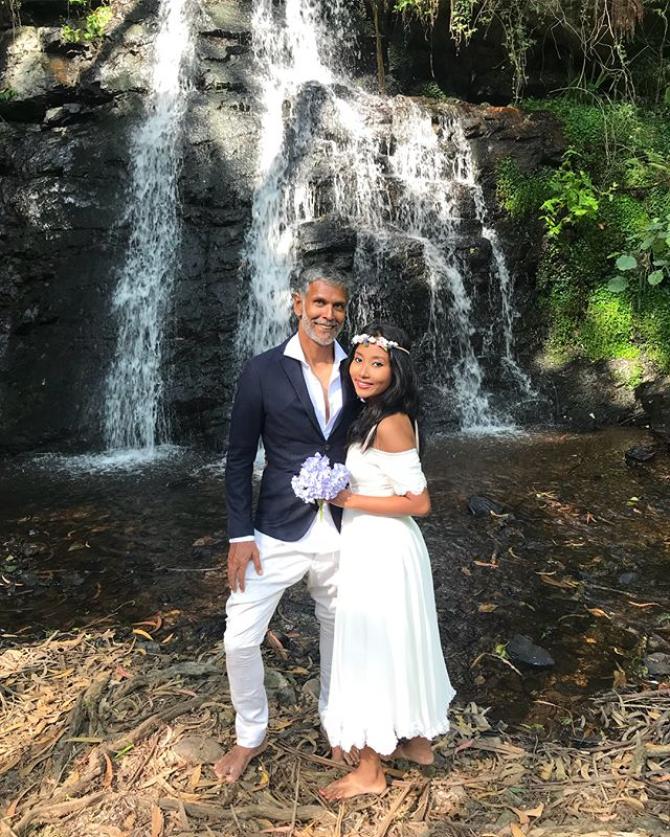 Milind Soman and Ankita Konwar have been quite vocal about their love story in various media interactions. For instance, Milind had revealed in an interview earlier that his and Ankita's 26-year generation gap had attracted her towards him. And how did their parents react to their age-gap? Ankita had once said, “My mom was a little surprised.” To this, Milind had added, “Her mother is younger than me.” Ankita had balanced the same by saying, “By two years. She always liked him as a personality, but she was a little worried. ‘Are you sure?’ she asked me.” 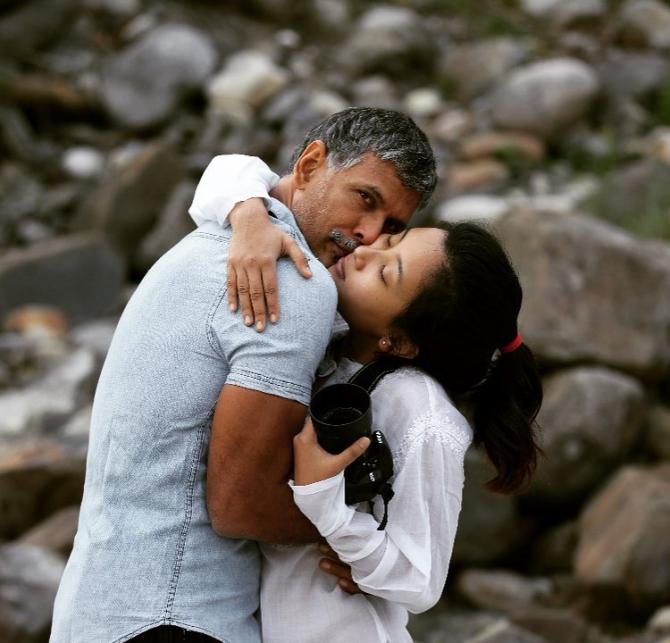 Ankita Konwar had earlier talked about her love story with Milind Soman and how they had first seen each other on a flight when she was working as a cabin crew. She had stated, “I was with AirAsia at that time. I had just come in from Malaysia because AirAsia was setting up in India at that time. So, I was one of the 16 people to come here and help set up the company. I saw him and thought would go and say ‘hi’ to him, but he was so busy on the phone. At the nightclub, my friend pushed me to go say hi. I don’t like nightclubs and I haven’t been to one after that. I don’t like crowded places. I had that urge. I had to go the club that day.” Milind too added, “She had seen me at the hotel before we met at the nightclub. We were staying in the same hotel. We went back to that nightclub last year. It was afternoon and it was shut. We just went to see... Oh this is where we met!” 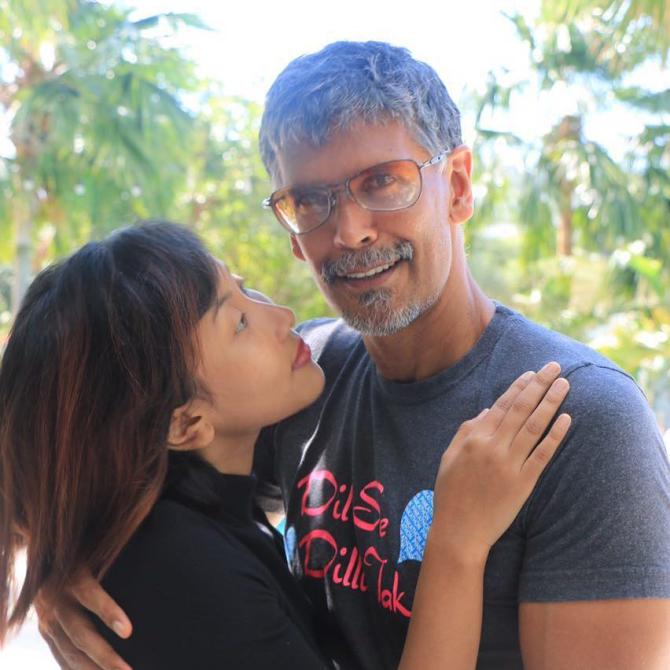 Ankita Konwar, in an interview, had revealed that she didn't know who Milind Soman was initially. She was quoted as saying, “The thing is, I don’t watch anything Bollywood-y. You know how it is in the Northeast. While I was growing up, the Internet was slowly catching up. I had watched him in bits and pieces, here and there. I really loved Captain Vyom (TV show) and Made in India for sure. And then I never really thought about that. My life was totally different. I was busy with books like a total nerd.” To which Milind had added, “I wasn’t her favourite celebrity.” (Also Read: Mira Rajput Kapoor Trolled For Carrying Her Sandals In Her Hands Alongside An Expensive Bag) 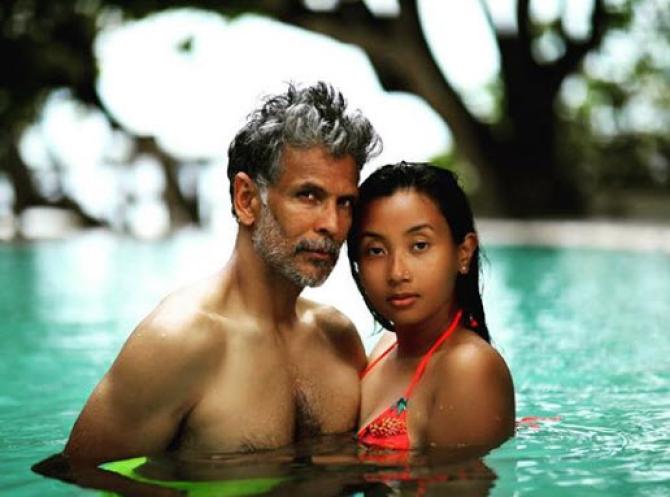 Milind Soman and  Ankita Konwar's love is truly a story written in Heaven, right? The fact that she met Milind after her boyfriend's death shows that it was in Ankita's destiny to get married to Milind one day and look how awesome they have turned out to be as a couple! 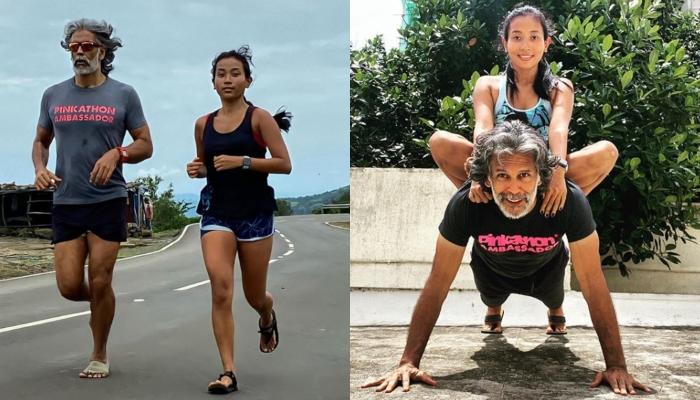 The 90s' heartthrob and model-turned marathoner, Milind Soman had broken all hearts and had started his maiden voyage of together forever with his ladylove, Ankita Konwar, two-years-ago. Interestingly, their age gap of 26 years has been the headlines of gossip columns till date, which only reflects on the narrow thought