Bollywood actress, Malaika Arora had looked drop-dead gorgeous in a neon-hued dress under the Paris sky. Check out its brand!

Malaika Arora is the hottest and most stunning actress in Bollywood. The 48-year-old diva always turns heads whenever she steps out of her house. From maintaining a toned body to keeping her style game on point, Malaika Arora is a true fashionista. Apart from her bold sartorial choices, she makes headlines for her romantic relationship with Arjun Kapoor.

On June 23, 2022, Malaika Arora and Arjun Kapoor were spotted by the shutterbugs at the Mumbai airport as the power couple had jetted off to Paris to celebrate Arjun's birthday. For the airport look, Malaika had worn an oversized hoodie, along with shoes and a chic tote bag. After doing our research, we had learnt that Malaika’s oversized Christian Dior hoodie, with front zip, costs a whopping sum of 2,900 pounds, which when converted into Indian currency comes to Rs. 2,79,412.

Recommended Read: Divyanka Tripathi On Her Relationship With Vivek Dahiya, Reveals Why He Felt She Didn't Trust Him 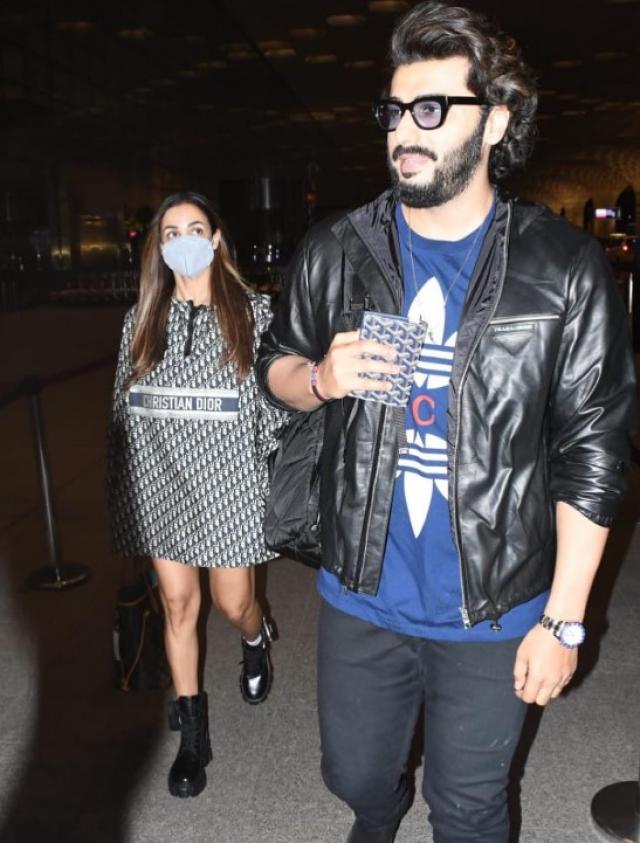 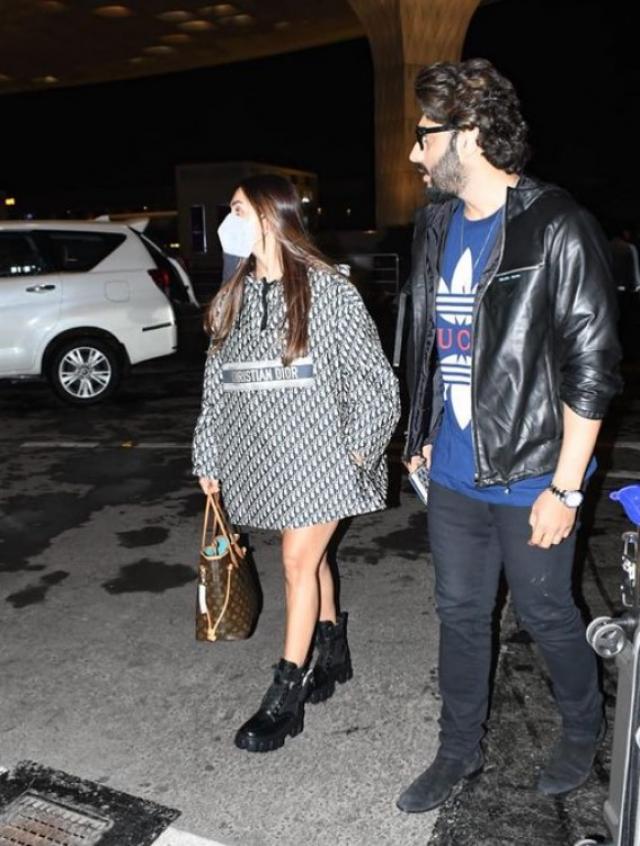 On June 26, 2022, Arjun Kapoor had turned a year wiser, and his doting girlfriend, Malaika Arora had celebrated the special day in Paris. For one of their outings, the actress had donned a neon-coloured dress with a pleated skirt. The dress had featured a round neck, semi sleeves and the same hued belt at the waist area. She had opted for subtle makeup, red lips and a high ponytail. After doing some digging, we found out that the gorgeous dress is from the brand, Brandon Maxwell, and it comes with a whopping amount of Rs. 2,35,287. In the picture, Arjun and Malaika Arora were seen posing with the Shark Tank India judge, Ashneer Grover.

Malaika Arora had made a stylish comeback from her recovery as she was spotted making a style statement on April 22, 2022, in an expensive co-ord set from Gucci. She was seen sporting a pink and beige-hued GG Supreme pattern silk set. The ready-to-wear silhouette was crafted from refined fabrics and had looked astonishing on her. The shorts had featured emblematic motifs, colourful lame stripes and an elastic waistband that had given her a sporty feel. Malaika had paired her outfit with white-coloured boots and a golden-hued designer handbag. The stunning co-ord set was from the luxurious brand, Gucci, and it comes with a price tag of Rs. 2.5 lakhs. It was also available on the brand's official website.

Malaika is an avid social media user, and she keeps teasing the fashion mongers by dropping stunning pictures of her. A while ago, the actress had taken to her social media handle and had shared a series of pictures of herself donning a gold metallic mini dress that had swooned our hearts with its bling in split seconds. Her dress had featured a single puff sleeve and a dramatic ruffle along the one-shoulder neckline. Moreover, it had a concealed zip fastening at one side, which had ended just above Malaika's thighs. However, Malaika Arora's shimmery ensemble was from the shelves of Norwegian fashion designer, Peter Dundas' label. On the official website of the label, the metallic ruffled jacquard mini dress was priced at USD 530, which when converted to Indian currency was around Rs. 39,967. 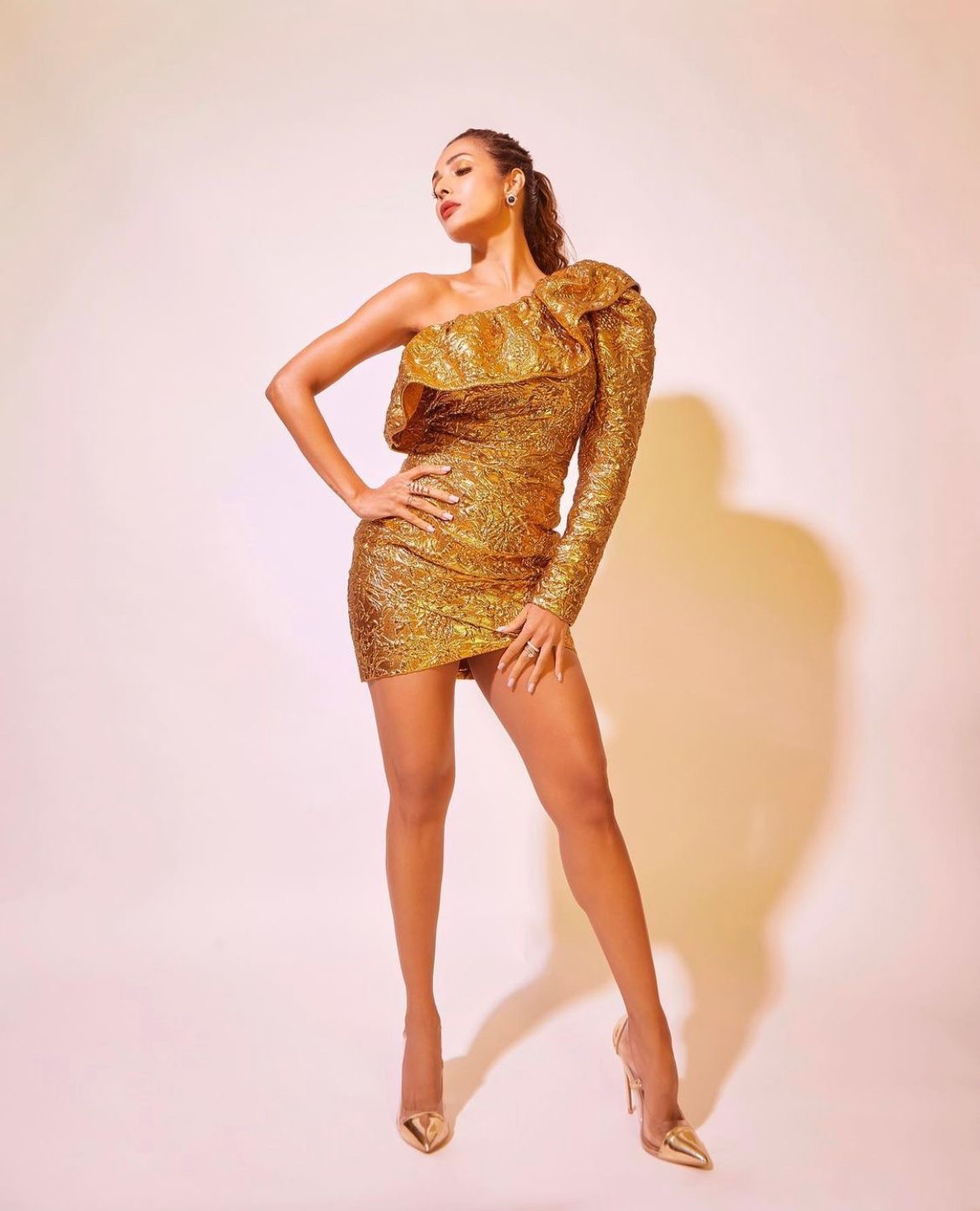 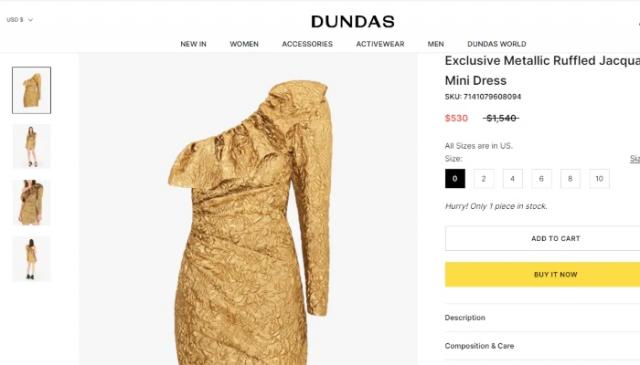 We love Malaika Arora’s stunning picks! What about you? Let us know.