Recently, Madhuri Dixit was spotted outside the sets of a reality show. However, her fans wondered if she got a lip job and started posting hurtful comments. Check out!

Bollywood actress, Madhuri Dixit is one of the most popular stars in Tinseltown, and she is admired by millions of fans. She was hailed as the 'Madhubala' of her time, and her on-screen presence was enough to make anyone go weak on the knees. The gorgeousness has been ruling the Indian film industry and our hearts for decades, and even today, she can give any star a run for money with her grace and elegance.

Madhuri Dixit was the heartthrob of many people back then, but she gave her heart to her one and only. Madhuri had got married to a cardiologist, Dr Shriram Nene, in 1999, and he prefers to stay away from the media glare. The couple is blessed with two kids, Arin Nene and Ryan Nene. 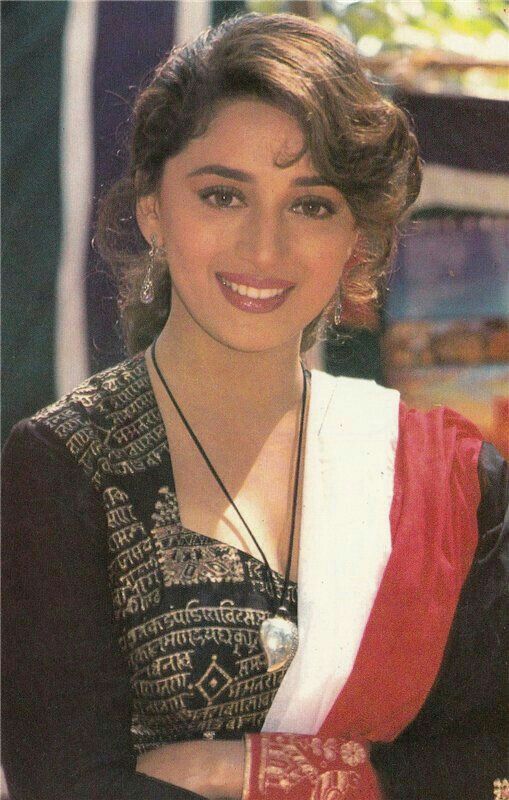 On August 5, 2022, Madhuri Dixit was spotted on the sets of Jhalak Dikhla Jaa. The actress donned a pink-coloured sequined saree, which she paired with a matching sleeveless blouse. She completed her look with middle-parted curly waves and a pair of diamond drop earrings. Needless to say, she oozed glam as she posed for the shutterbugs and flashed her million-dollar smile.

As soon as the video was uploaded, Madhuri Dixit's fans found something unusual in the actress' smile. They flooded the post's comment section and started claiming that Madhuri got fillers on her lips and ruined her gorgeous smile. While one user wrote, "Those fillers look so bad", another one took to the comment section to write, "Madhuri did something to her smile, she isn't looking natural." Another netizen's comment can be read as "She botoxed too." Meanwhile, another follower wrote, "Sadly gone down the filler route-- she had grace and beauty now lost." Check out the comments below:

Don't Miss: Priyanka Chopra Gets Trolled For The Colour Of Her Legs, User Says 'Iska Per Itna Mardana Kyu Hai'

On May 22, 2022, Madhuri Dixit and her husband, Dr Shriram Nene had stepped out for a lunch date at Bastian, Mumbai. For the outing, the actress opted for a white-coloured floral dress and styled it with a black jacket. The gorgeousness completed her look with a handbag and left her hair open. However, a video of the Kalank actress didn't go down well with netizens as it showed Madhuri ignoring a fan, who had sweetly asked her for a selfie, and said, "Ma'am, can I have one picture?" However, Madhuri avoided the fan and had annoyingly said, 'aehhhh' as she walked towards her car and didn't wait for a picture. When the video went viral, the netizens had slammed Madhuri for her rude behaviour. 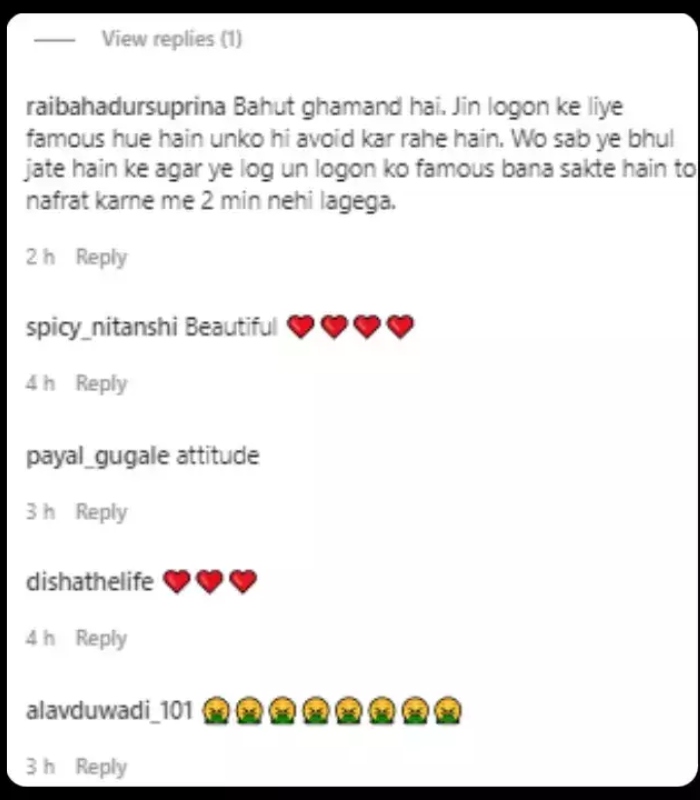 Meanwhile, on the work front, Madhuri Dixit was last seen in the web series, The Fame Game.

Next Read: Naga Chaitanya Is 'Bored' Talking About His Personal Life And Divorce With Ex-Wife, Samantha Prabhu