Bollywood actress, Madhuri Dixit and her husband, Shriram Nene shared cutesy wishes for their son, Ryan Nene on his birthday along with priceless pictures. Take a look!

It was on October 17, 1999, when Madhuri Dixit had broken a million hearts as she had taken the wedding vows with her soulmate, Dr Shriram Nene. In the '90s, when Madhuri was ruling the silver screens, her marriage with Shriram came as a surprise for her fans and the whole industry. While her husband was completely unaware of his then to-be wife's stardom, Madhuri had proudly bid farewell to Bollywood. (Recommended Read: Mohit Malik Romances His Pregnant Wife, Aditi Shirwaikar, She Flaunts Her Baby Bump With A Smile)

After more than three years (in 2003), she had embraced motherhood for the first time when she had given birth to her first baby boy, Arin and two years later, (in 2005), she had become a mother to another boy, Ryan. Since then, the doting parents have been giving us major parenting goals by showing their friendly camaraderie and supportive bond with their kids through their pictures and videos. Now, Madhuri Dixit and her husband, Shriram Nene wished their son, Ryan Nene on his birthday and the doting father took a hilarious dig at his son's long hair. On March 8, 2021, Bollywood actress, Madhuri Dixit's husband, Dr. Shriram Nene took to his Instagram handle and shared an adorable picture with his sons, Arin Nene and Ryan Nene. In the picture, the handsome daddy can be seen sitting in-between his both sons on a sofa and while on his left side, we can see his elder son, Arin, on the right was his younger son, Ryan. The priceless picture speaks volumes about Shriram's bond with his two sons, and the frame is simply an epitome of father-son goals. However, the highlight of the photo is the birthday boy, Ryan's long hair, which is pretty long and can give any actress a run for her money. His father also takes a sweet dig at his son's long hair in his caption, and it could be read as "My Boys… They grow up fast, right! Wanted to wish a very happy sixteenth birthday to my rockstar drummer, Ryan Nene! Has the hair and the swagger...Many happy returns of the day." 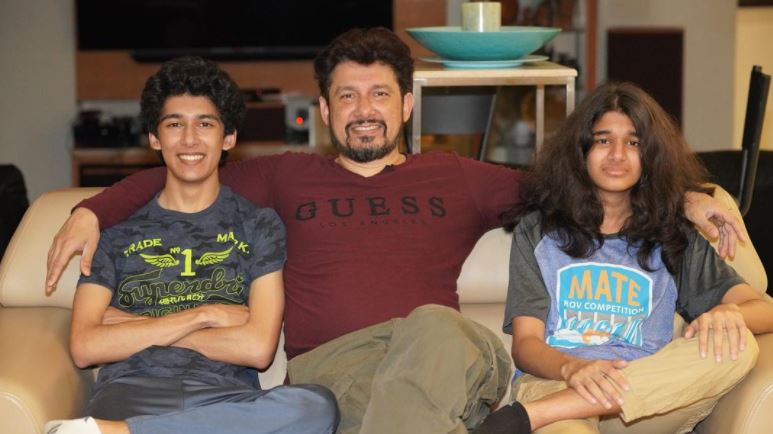 After some minutes, Dr. Shriram Nene's wife, Madhuri Dixit took to her IG handle and shared a stunning family picture that features her husband, and birthday boy, Ryan. The doting parents, Madhuri and Shriram, looked stunning in their respective outfits and shining smiles on their faces. However, their son, Ryan, looked quite tired while posing alongside his parents in the family picture. Along with this photo, Madhuri penned down a heartfelt note for Ryan in the caption, and it can be read as "You fill my heart with joy & pride, Ryan. Happy sweet 16 Love you." Take a look: (Don't Miss: Prince Harry And Meghan Markle Reveal The Gender Of Their Soon-To-Be-Born Second Child) The doting mother, Madhuri Dixit never skips a chance to cherish the presence of her sons, Arin Nene and Ryan Nene in her life and time and again, she looks back in the memory lane to realise how fast they're growing up. For instance, on March 7, 2021, Madhuri had taken to her IG handle and had shared two 'Then vs Now' pictures featuring her two sons. While in the first picture, Madhuri could be seen posing for the camera with her brightest smile, as she could be seen holding her younger son, Ryan, also her elder son, Arin could be seen standing beside them. Moving forward to the second picture, the doting mother had looked gorgeous as ever, and we could see her elder son, Arin holding their pooch, and her younger son, Ryan sitting on the floor. Along with these pictures, she had written, "They will always be my babies…" in the caption. (Also Read: Yuzvendra Chahal's Wish For His Wife, Dhanashree Verma On International Women's Day Is The Best One) 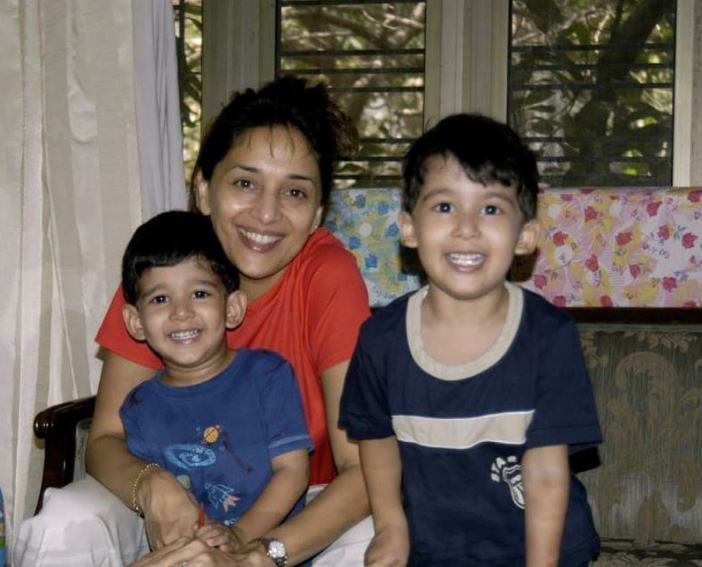