On 'The Kapil Sharma Show', the host, Kapil Sharma teased Madhuri Dixit about her husband, Shriram Nene's reaction after holding her hand for the first time. Her reaction is hilarious!

The ‘Dhak Dhak Girl’ of Bollywood, Madhuri Dixit has certainly made millions of hearts race faster with her glorious smile and evergreen looks. However, it was the cardiovascular surgeon, Dr Shriram Nene, who was swept away by it the most. Madhuri and Shriram had tied the knot on October 17, 1999, when she was at the peak of her career. Leaving everything behind, Madhuri had shifted with Dr Nene to Denver, and together they have two kids, Arin Nene and Ryan Nene. It was in October 2011 when the family of four had shifted to Mumbai.

On October 17, 2021, Madhuri Dixit and Dr Shriram Nene had celebrated their 22nd wedding anniversary. The gorgeous actress had taken to her Instagram handle and had posted a video of her beautiful journey with her husband. The video was a compilation of her happy married years. Alongside it, Madhuri had written:

Madhuri Dixit's Three-Piece Outfit For A Date Night With Hubby, Sriram In The Maldives Is 'Perfect'

Madhuri Dixit will be gracing The Kapil Sharma Show to promote her Netflix series, The Fame Game. A while back the makers of the show dropped a teaser of the episode on their IG handle. In the video, Kapil can be seen entering the stage holding Madhuri’s hand and singing, Pehla Pehla Pyaar Hai. Later, he asked Madhuri a funny question about her cardiovascular surgeon husband, Dr Shriram Nene, which left the actress laughing out loud. He said:

Once Madhuri Dixit had appeared on Simi Garewal's talk show and had revealed how frightened she had felt on her first date with Dr Shriram Nene. While talking about that day, the actress had said:

“The first time we met, he said, ‘Let’s go mountain biking.’ I swear I had not sat on a bicycle for the past 20 years. I am like, ‘Okay, let’s go.’ Mom was like, ‘What’s wrong with you? Do you know what it involves?’ And I am like, ‘Yeah, you just sit on a bike and you go.’ Once we went there, that was when I knew what mountain biking is.” 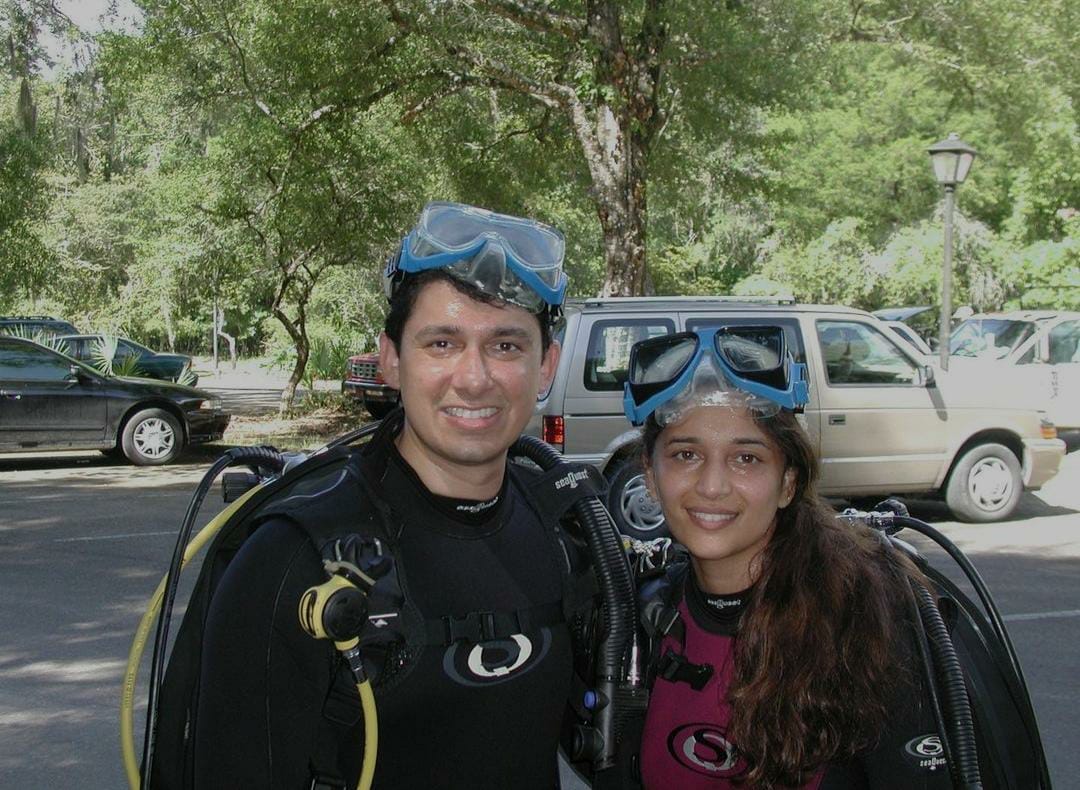 Further, Madhuri had revealed that she was way too much frightened and didn't know what to do. But anyway, she had done it, and Dr Nene was quite impressed. She had said:

“I came down slopes I never imagined myself doing. I literally was frightened out of my wits. I looked back and I was like (gasps in horror), ‘Did I just come down that?’ After a while, I had to tell him. I said, ‘You know what, I don’t think I have done this.’ He said, ‘You have never done this before?’ I said no. He said, ‘You are brave’.” For the unversed, Madhuri Dixit had met Dr Shriram Nene at her brother's request as Shriram was a close friend of her brother, Ajit Dixit, who lived in the US. When Madhuri had met Shriram for the first time, the latter was not aware of her star status in India. The couple never misses a chance to make us swoon over their lovely chemistry and romantic PDAs. On the work front, Madhuri Dixit was last seen as a judge in the reality show, Dance Deewane!