The 'Saath Nibhaana Saathiya' actress, Lovey Sasan shared a breathtaking family picture from her Ganesh Chaturthi celebration, and it featured the first glimpse of her newborn son. See inside!

Popular television actress, Lovey Sasan shared the first picture of her newborn son on the auspicious occasion of Ganesh Chaturthi, and her massive fanbase just couldn't ask for more. The lovely picture not only warms our hearts but also gives us major family goals.

For the unversed, Lovey Sasan had tied the knot with Koushik Krishnamurthy on February 10, 2019, and they had welcomed their first baby, Royce, in February 2020. It was on her birthday, i.e., July 16, 2021, when Lovey had become a mother for the second time and had shared the same in an interview with The Times Of India. A few days later, Lovey had taken to her IG handle to announce the news with her fans by sharing an article from a newspaper and had captioned it as "Oh Boy!" 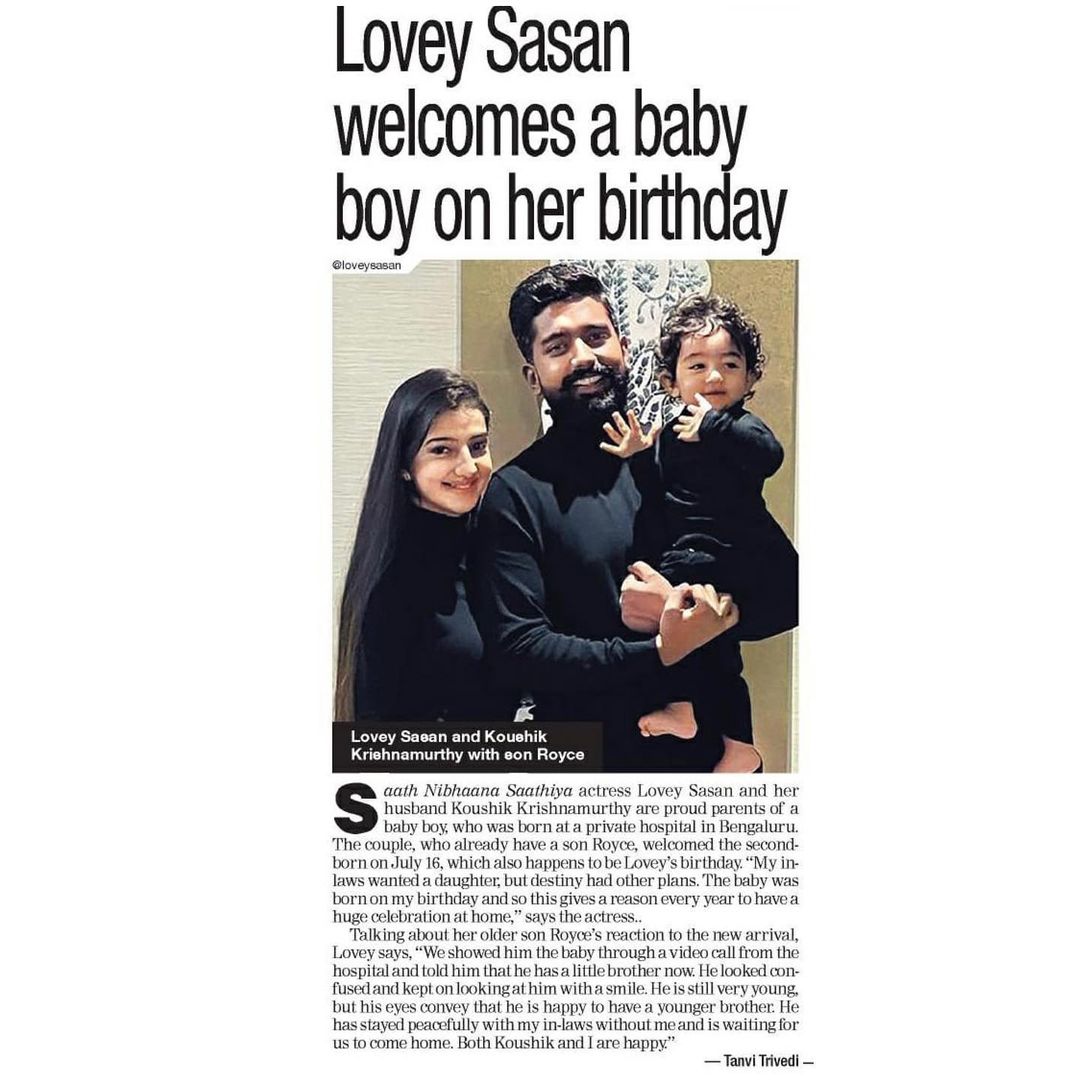 On September 10, 2021, Lovey Sasan took to her Instagram handle and dropped a priceless family picture from her Ganesh Chaturthi celebrations. We can spot Lovey's husband, Koushik Krishnamurthy, their son, Royce, and their newborn baby in the picture. The whole family can be seen twinning in the shades of red, but the thing that even overshadowed this amazing thing is the way Lovey and Koushik's sons are looking at their faces. While the elder son, Royce, is gazing towards his gorgeous mother's lovely smile, the newborn baby is smiling while looking at his handsome dad. Along with this picture-perfect frame, Lovey wrote, "Happy Ganesh Chaturthi to all of you. May the year be prosperous and healthy. Wishing you all much love and happiness always" in the caption. 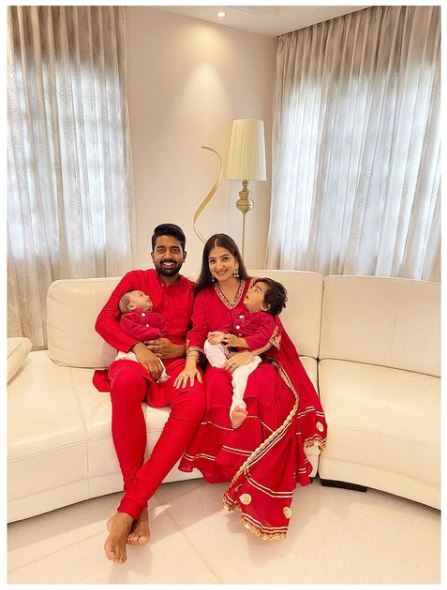 It was on July 16, 2021, when Lovey Sasan had welcomed her second son, and on August 13, 2021, the second-time mommy had dropped a picture on her IG handle that had taken the internet by storm as her post-delivery weight loss in the picture had left everyone super-impressed and inspired. In the picture, Lovey could be seen wearing a yellow-coloured kurta with a multi-coloured dupatta, posing for the camera. She had captioned it as "Beauty tip: being grateful makes you gorgeous." One look at her, and no one can believe that she is a mother of two!

Don't Miss: Akshay Kumar Trolled Badly For Flying To London With His Family, Two Days After His Mother's Demise 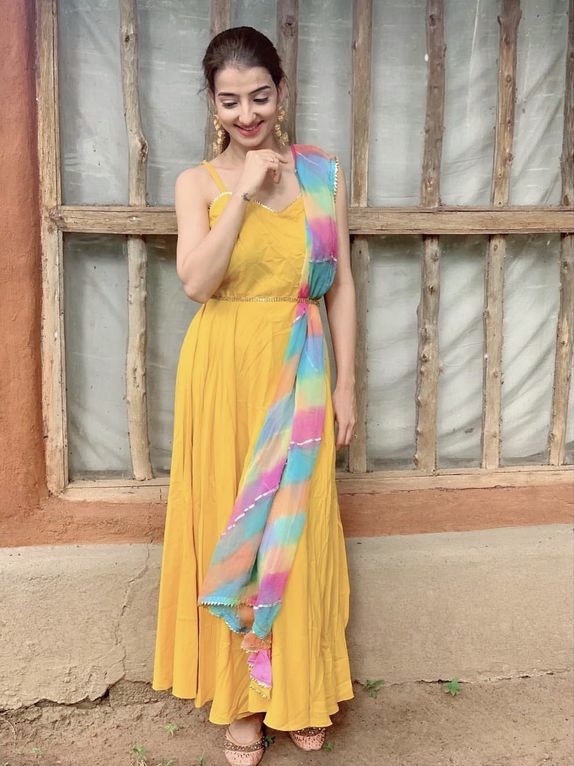 The stunning actress never skips a chance to stun her massive fanbase with her stunning looks, and even during her pregnancy days, Lovey had won everyone's hearts with fashion quotient time and again. For instance, on July 21, 2021, Lovey Sasan had shared a series of throwback pictures from her godh bharai ceremony during her second pregnancy on her IG handle. 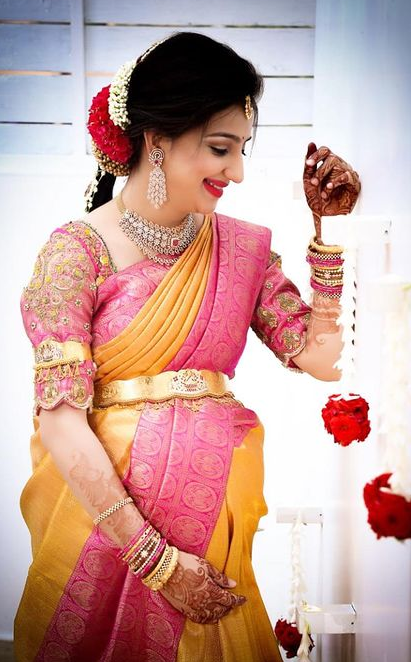 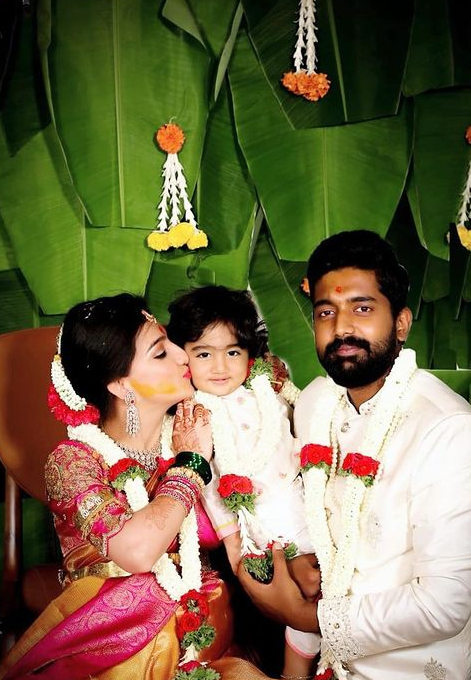 The Saath Nibhaana Saathiya actress had donned a yellow and pink silk saree, paired with a heavily sequinned pink blouse for the ceremony. She had accentuated her look with a diamond necklace, earrings and maang teeka. She had also donned a gold kamar bandh and bajubandh. Her baby bump and pregnancy glow were unmissable. Lovey Sasan is renowned for her role of 'Paridhi Modi' in the hit television show, Saath Nibhaana Saathiya.