A source close to the madly-in-love couple, Vicky Kaushal and Katrina Kaif revealed how the duo would celebrate their first wedding anniversary.

Bollywood actress, Katrina Kaif tied the knot with the handsome hunk, Vicky Kaushal on December 9, 2021, in a super secretive manner. Since then, the couple often gets spotted together, celebrating their special days and setting pure couple goals. And within the blink of an eye, the duo has already completed one year of marital bliss. Undoubtedly, their massive fanbase is super excited to know about their first-year anniversary plans.

Earlier, on October 13, 2022, Katrina had kept Karwa Chauth fast for the good health of her husband, Vicky Kaushal. Later, at night, as Vicky opened her fast, the duo also posed for some love-filled pictures and delighted their fans with the same. The couple's beautiful Karwa Chauth pictures left us stunned. While Katrina looked gorgeous in a pink georgette saree and was seen flaunting her sindoor, mangalsutra and chooda. On the other hand, Vicky looked dapper as always in a cream-hued kurta. Check out their glimpses: 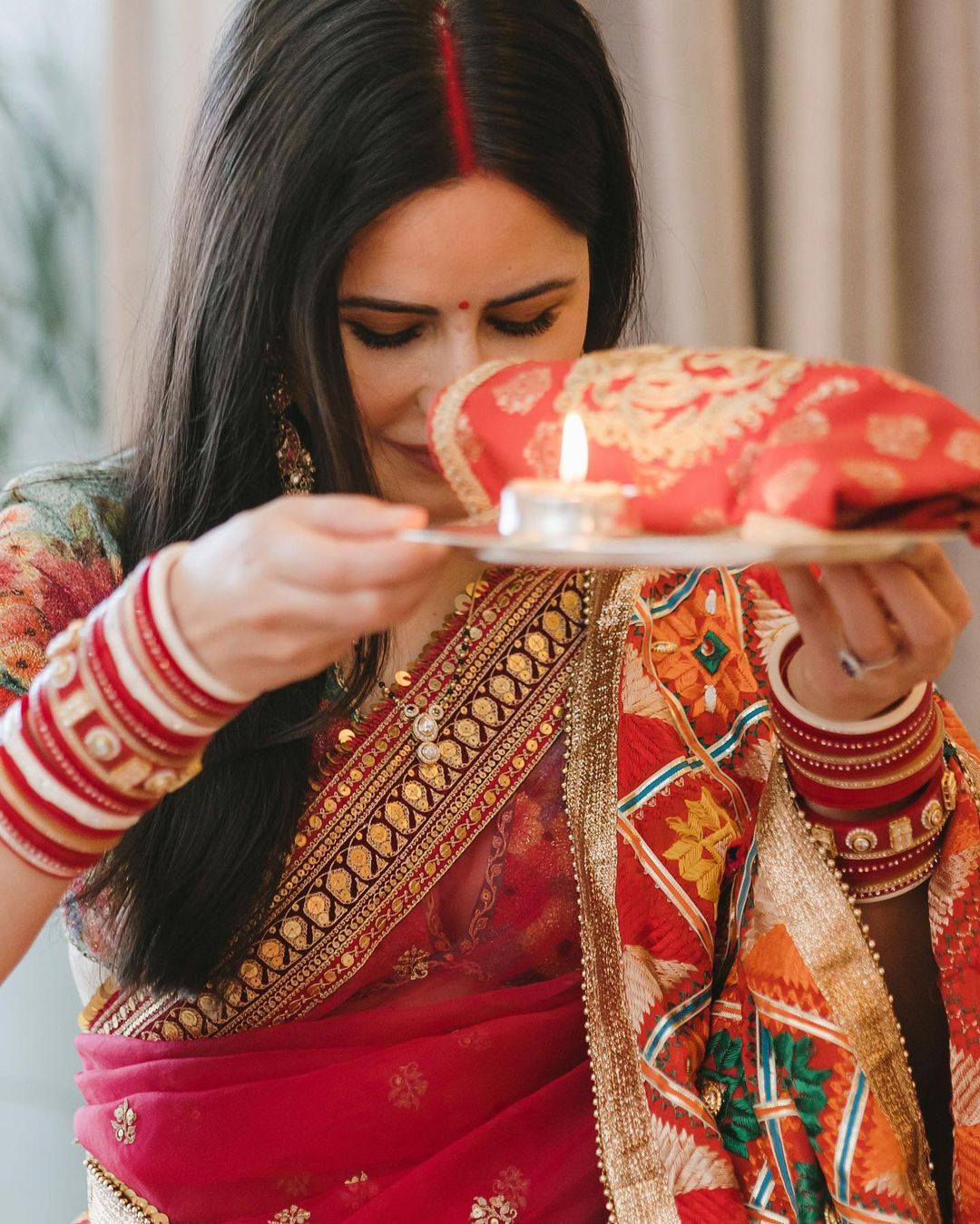 Now, as per a report in BollywoodLife, Katrina Kaif and Vicky Kaushal will celebrate their first-year wedding anniversary at the romantic vacation spot, Maldives. A source close to the couple revealed to the portal that since the duo couldn't go on honeymoon post their marriage due to their work commitments, they are super excited to spend some me-time on their first anniversary. Moreover, the source informed that Vicky's mommy, Veena Kaushal also planned for a small puja and called a pandit for the same. The puja would be performed to seek the blessing of the forefathers that their jodi should be tied forever. Moreover, it would be performed before the madly-in-love duo would leave for their vacation. Katrina and Vicky never miss a chance to paint the town red with their mushy PDAs. Be it any festival or any award ceremony, the madly-in-love duo is always seen taking out time for each other amidst their busy working schedules. For instance, on August 31, 2022, Vicky had taken to his social media handle and shared a heart-warming picture of his family from the Filmfare Awards. In addition, he penned a special note in the caption, which explained their bonding in their lives. Vicky's note could be read as:

“My pillars. My strength. My everything.”

Recommended Read: Soha Ali Khan Drops A Video Of Her Baby Girl Inaaya Sliding Fearlessly On A Bouncy Castle At A Party

Besides being a doting wife, Katrina is also an avid social media user and keeps sharing cutesy glimpses of her happy married life. For instance, on October 26, 2022, Katrina had taken to her IG handle and shared a cute bedroom secret. She shared a video of her darling husband, Vicky wherein he was seen sleeping peacefully on their bed while being wrapped in a grey comforter. Katrina also added a dialogue from her film, Phone Bhoot, in the background and revealed how she usually wakes him up. However, as soon as Vicky woke up, he looked entirely confused at first and later, covered his face with the blanket. Sharing the adorable video, the doting wife had written:

Well, we can't wait to see Vicky and Katrina's drool-worthy glimpses from their Maldives vacation!