Shantanu Mukherjee, aka Shaan, has filled our lives with his melodious and magical voice, but what has filled his life with sweetness is his wife, Radhika Mukherjee.

Shantanu Mukherjee, aka Shaan, has sweetened our lives with his melodious and magical voice, but what has filled his life with sweetness is his wife, Radhika Mukherjee. There is no denying that the cute love story of this couple can give some serious relationship goals to all others duos.

From strangers to lovers to couple to parents, let us see how love has treated this lovely couple and how they have evolved as partners. The entire love story of our very own singer Shaan and his pretty lady, Radhika, is right here. 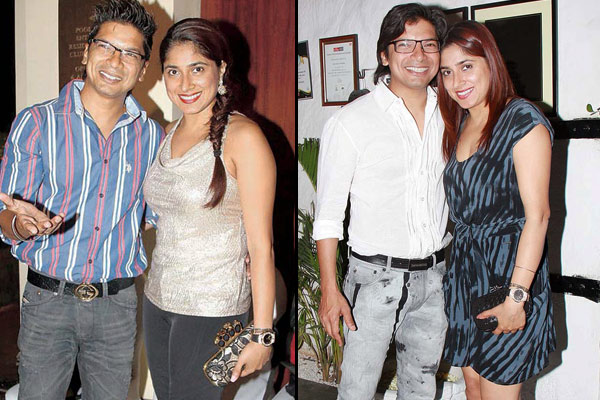 Love story of Shaan and Radhika

A case of sheer coincidence and mistaken identity, Shaan and Radhika met at Razzberry Rhinoceros, where a song Akbar Mera Naam was dedicated to Radhika, and she thought that it was Shaan who did this. Throughout the night, she presumed him to be Akbar and later got to know his real identity. Be it coincidence or destiny, these two kept bumping into each other. This is what Shaan recollects:

"Actually, at 24, I found this 18-year-old to be naive and childish. But there were lots of coincidences that kept happening - like, she would be walking into a restaurant and I would be walking out of it, or we would bump into each other at a friend's party, unplanned. There was certain chemistry and mystery between us which drew me to her." 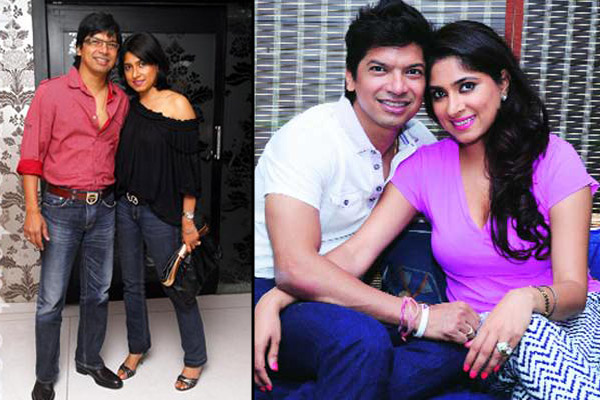 Just as time passed, Shaan and Radhika realised that they were meant to be together. As it is said, opposites attract, this is what happened with this duo too. Here’s what attracted Shaan towards Radhika:

"What attracted me to her was that, unlike my other friends she seemed to be very straightforward in her thoughts and actions. Radhika follows her mind without getting swayed by outside influences and this characteristic appealed to me." 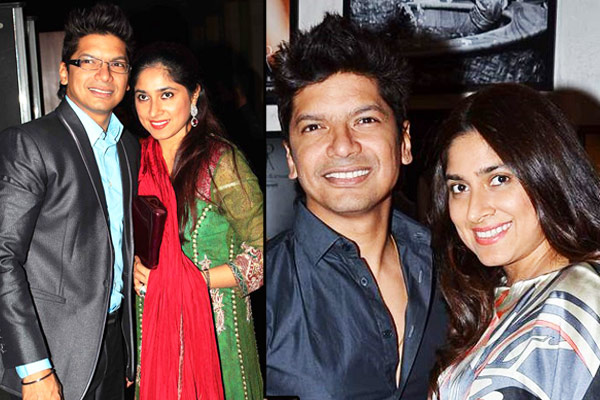 A very shy Shaan gathered up the courage to propose to his love in the most romantic way possible that swept Radhika off her feet. Radhika said:

"He proposed to me in the most romantic manner. We were on the beach; he went on his knees and said, 'with the sea, the sky and the air as witness, I ask you to marry me'! It felt like a dream.” 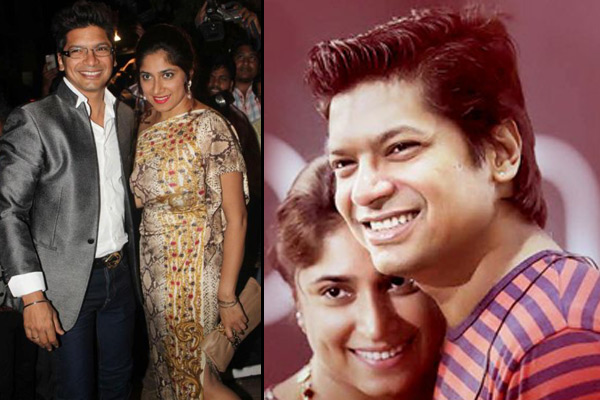 Radhika obviously said yes but, now the main task in front of Shaan was to convince her parents. There was a lot of age difference and Shaan was an artist which did not go down well with Radhika's parents. Both, Shaan and Radhika were anxious and insecure, but he eventually won them over. While gushing, Radhika said:

"When he came over to meet my parents, he wore silver pants and a gaudy shirt. My dad was shocked and asked me if I was planning to marry a trapeze artist. But with his charming smile, he won over my parents.”

And then, this cutesy couple got bound married in holy matrimony with everyone’s blessings.

Initial hiccups and the smooth sail 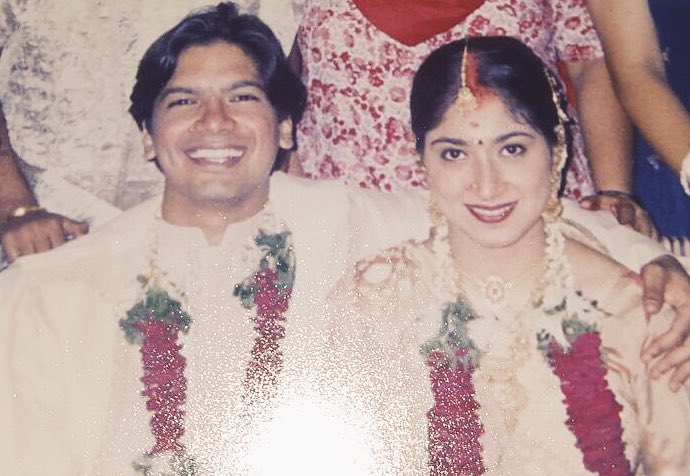 Radhika comes from a disciplined business class family while Shaan's family is rather chilled out. It took the couple some time to adjust, but the results were great. In an interview, Radhika said:

"I come from a business family where everything has to be in an organised manner and things have to be in place, whereas here, mom-in-law has a very laid-back and chilled-out attitude, so it was a little difficult to adjust. But mom and Shaan helped me adjust and provided space I needed."

In a profession like Shaan's, anyone could feel insecure but Radhika isn't from that category. It takes a lot to be a star wife. She explains why she walks with her husband and how they made it work:

"People sometimes misunderstand this. They think I'm possessive. They fail to understand that I'm just walking close behind my husband making sure I'm there when he needs me and it's vice versa. By walking close behind him, I don't mean that I stalk him. I really don't know his whereabouts in the day - which recording studio - who he met etc. I don't check his emails or phones. I don't follow him to his shows. But I'm in tune to what is bothering him, his decisions, his achievements and even his state of mind!" 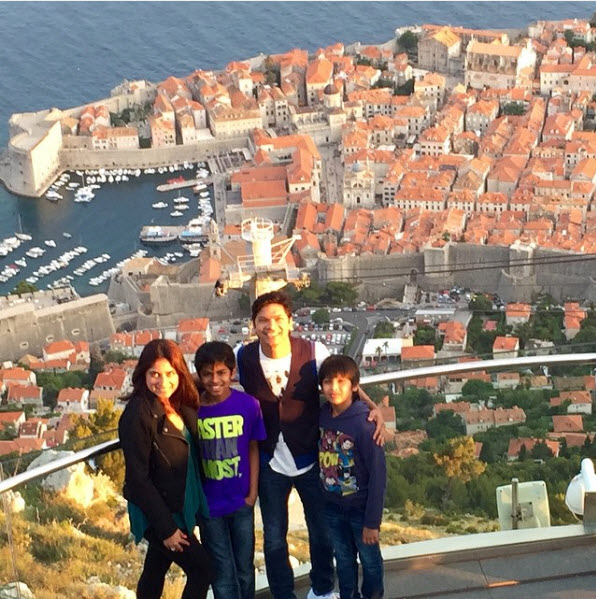 Things fell into place and god blessed the couple with two lovely boys, Soham and Shubh. 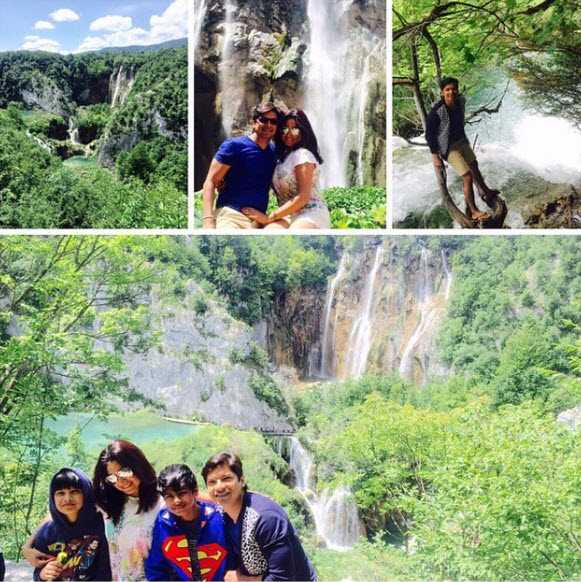 Radhika helped Shaan through thick and thin. She became his strength and helped him to achieve his dreams. Now, it was Shaan's time to help Radhika live her dream. When Shaan decided to launch his new show, Live, Love and Laugh Shaan se..., he found that Radhika is the best person to take care of the show. Radhika stated:

"Live, Love, Laugh is my third baby. Right from the conceptualisation to the final outcome - I am involved in everything. I now understand the work that one puts in to produce a live event. I'm on the other side this time and totally loving it!” 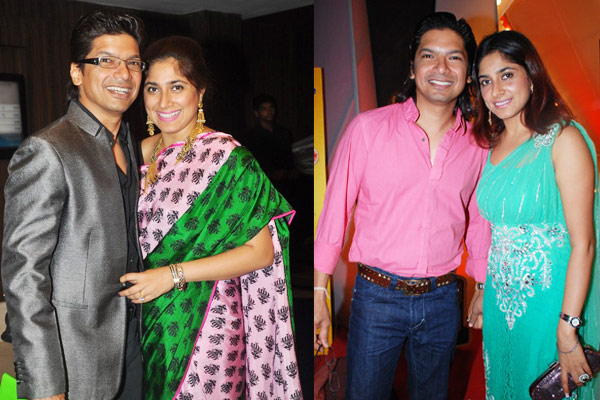 She always wanted to be Shaan's strength and this is what she became. Radhika recollects:

"Once Shaan had told me very romantically, 'Baby you are my only weakness', and instead of gushing and falling into his arms I replied back, 'Baby, I don't want to be your weakness, I want to be your strength!' And that's what we are for each other - strength!" She did a great job with Shaan's new venture, adding a milestone to their careers.

After 22 years of a successful marriage, two children and successful careers, Radhika and Shaan had set an example for every couple. Their love for each other is true and pure. We wish them all the luck! The beautiful princess of the nawabi gharana, Soha Ali Khan, tied the knot with her long-time beau and actor, Kunal Khemu on January 25, 2015. As planned by the couple, the wedding was a low-key affair that took place at their Khar residence in Mumbai, in the presence of a