Together For 10 Years: The Aww-Inspiring Love Tale Of Karanvir Bohra And Teejay Sidhu

Together For 10 Years: The Aww-Inspiring Love Tale Of Karanvir Bohra And Teejay Sidhu

This is the story where there was a direct divine intervention and Godly conspiracy to make them meet. The mention is of the talented actor, Karanvir Bohra and his VJ and actress wife, Teejay Sidhu. 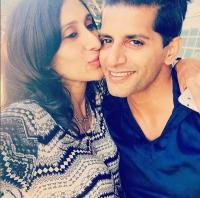 Without any connection, they met one day, fell in love, got married and today, they are the proud parents to two cute daughters (twins, by the way). 10 years of marriage, but they aren’t fallen out of love for each other, the romance still looks fresh between the two.  Here goes their love tale... 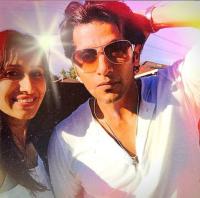 Karanvir and Teejay’s first meeting was in a church through model Anupama Chopra who is a common friend. It was an experience of love at first sight for both of them. Recollecting that day Karanvir says,

“Teejay had accompanied Anupama and when she had to leave, I told her that I would drop Teejay. But we ended up chatting for hours on the steps.” 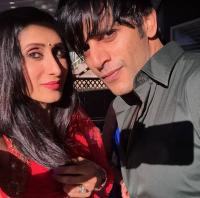 Mount Mary fair in Bandra which attracts millions of devotees, proved to be a life changing place for Karanvir and Teejay. That is the church which brought them together. They met once again by a chance and this time they exchanged numbers. This is what the couple shared:

“Incidentally, we bumped into each other in the vicinity of the church again” recollects Karanvir, who confesses that he decided to marry her in their very second meeting. 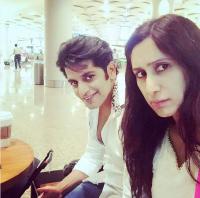 Karanvir and Teejay might belong to diverse faiths, but they are more spiritual than religious.

“We think there’s a strange spiritual connect we have with the place, with each other,” the couple shares together.

Do Check Out: 9 Amusing Reasons Why Indians Accept Arranged Marriage Proposal And Find It Pretty Cool 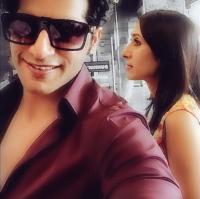 This place holds a special place in their lives. It is also where they got engaged a year later. Karanvir was quoted saying:

“Since we had met at the church and I decided to propose to her there. So, exactly a year after having met the first time, I decided to surprise Teejay. I had all our friends waiting at the church and I just drove Teejay there without her knowing any of it. I proposed to her on the steps, and the moment she said a yes, all our friends came forth and we got engaged there and then. Helen aunty, who is Teejay’s godmother blessed us, and the fact that it was happening with the blessing of the Mother Mary made it all the more special. We have always felt blessed as a couple,”

Till date, the duo makes it a point to visit the church and light a candle together. The couple shares:

“We have always felt that we were meant to be together, and we have the Mother’s blessings,” 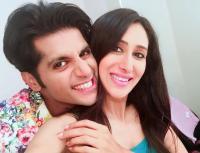 Within less than six months from the engagement, the pair got married in 2006 in the Art of Living Ashram in Bangalore.

You May Like: These Are The 7 Ways You Can Hold Your Identity After Marriage 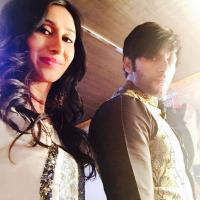 The chemistry between the two is amazing and it is always fun to watch them together. During one of the interviews, Teejay pulled his leg saying:

“He has actually started behaving like his character Viraj (his character from the hit serial Like OK’s Dil Se Di Dua... Saubhagyavati Bhava.” 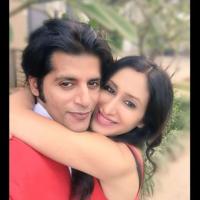 “Isn’t it great to have a husband who loves you so much?” 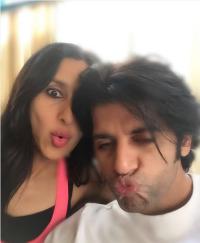 Time and again, the couple is seen having fun in teasing each other. They are great pranksters too. The duo constantly keeps pulling one another's legs and it keeps their marriage lively.

Must Read: 13 Hottest Indian Television Couples Who Fell In Love While Working Together 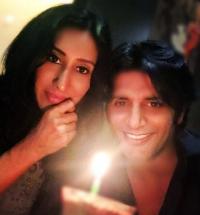 The couple appeared together on-screen on various shows like Jhalak Dikhlaa Jaa season 6 and they got featured together in Khatron Ke Khiladi 5. Even on such platforms, be it their passion for each other or the understanding they share, their blissful relationship was quite evident. In fact, whenever they performed stunts, their excellent compatibility could be seen clearly. 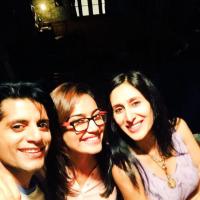 A humorous, Karanvir made some interesting comments when asked by Rohit Shetty about the effect of the show. He said he is getting tensed while kissing Teejay. Why? The show had preoccupied his mind so much; that he felt kissing his wife was also a time-based stunt! In his words:

“Even when I kiss Teejay, I feel that only 30 seconds are left, and I have to hurry.” 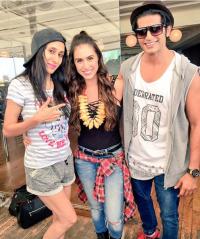 Married for so many years, they can't get enough of each other. They like to win each other’s heart again and again with small little moments of joy.

Even after so many years of marriage, they keep surprising each other. Just like the way Karanvir did something for Teejay on Valentine’s day last year, when she woke up to a sweet surprise all planned by her hubby dear. To convey him thanks, she posted a picture on her Instagram account and captioned it beautifully in following words:

“Good morning Valentine! :) A red rose, fresh juice, and the boy I love - I woke up to a perfect morning today. It's the little things, the simple things that matter most. This is what makes me feel loved. This is all i need. :) Thank you, my darling @karanvirbohra, for 10 beautiful Valentines! 'I will love you for a thousand years...' #HappyValentinesDay” 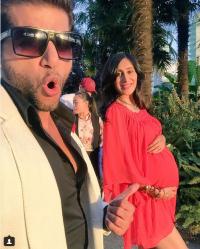 The couple is expecting their first child, but the news rather appeared as a surprise even for Teejay, who wasn’t expecting it to happen now. In an interview to a leading English daily, she expressed her first reaction: 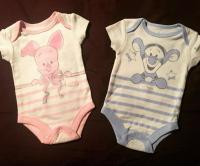 The baby is due in November and the excitement of the couple about their parenthood is evident all over the web, which is buzzing with their lovely snaps and videos. 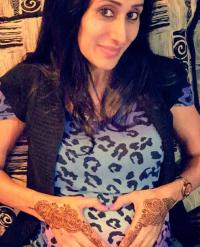 The would-be mom Teejay, shared her feelings of this phase in the following way:

“The countdown is on.. Can't believe this is really happening! In about a month or so, I will go into the hospital and come home with a little person, who will be with me for life! It's all so overwhelming! Like my doctor said today, 'I think reality just hit the fan!' Haha! Really, it just did! When I was having my birthday coffee in January, I had no idea that before Christmas, I would be a Mom! Wow! Me? I still need MY mom, I still don't feel grown-up enough to be a parent! I guess it's time to grow up real quick and get ready for the next step in life's journey. No turning back now! :)

Married for a decade now, we wish this lovey-dovey couple, Karanvir Bohra and Teejay Sidhu an eternal togetherness. And we wish them all the luck for the new chapter of their lives. 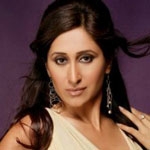 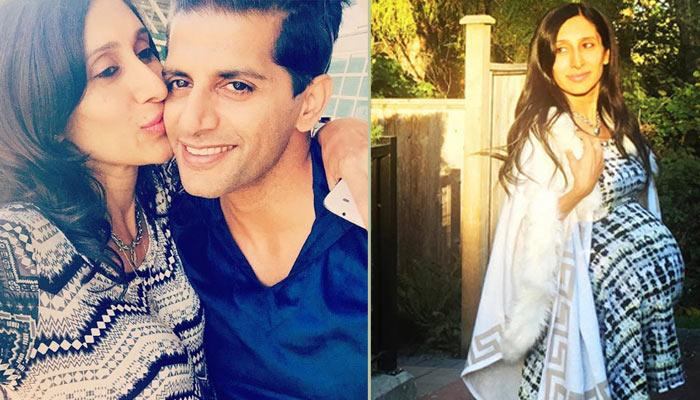 Our very own handsome television actor, who has hit the small screen after a year with Naagin 2, is all set to enter to the parents’ club in a few days. We are talking about none other than the super-talented and loved telly star Karanvir Bohra. Recommended Read: 'Prem Ratan Dhan Payo' Actor Neil