Bollywood actor, Kunal Kemmu is acing his 'daddy duties'. Check out as Soha Ali Khan records Kunal as he ties the hair of his daughter's unicorn!

We all will agree that a father happily turns into a genie for his daughter. He knows how to make his baby girl's every wish come true. Her every demand is his command and a father is the only man on earth, who knows how to treat his daughter right. A man learns a lot, the moment he holds his angel in his arms inside the delivery room. From going on shopping for his daughter's cute dresses to cancelling the game night with his friends, just to play 'ghar-ghar', a father does a lot for his little girl. And Bollywood actor, Kunal Kemmu is a perfect example of it. (Recommend Read: Kajol Credits Her Mother, Tanuja For Being A Wonderful Mother, Talks About How She Raised Her)

Before we take you further into the story, let us take a look at Kunal and Soha's 'happily ever after'. Kunal Kemmu and his wife, Soha Ali Khan were blessed with a little angel on September 29, 2017, whom they have lovingly named, Inaaya Naumi Kemmu. With the arrival of Inaaya, Kunal and Soha's lives have been turned into happy heaven with rainbows and unicorns. We remember in an interview with Rediff.com, Kunal had opened up on embracing the journey of fatherhood and had said that his life has completely changed from what it used to be. His timetable and priorities have changed after the arrival of his angel. 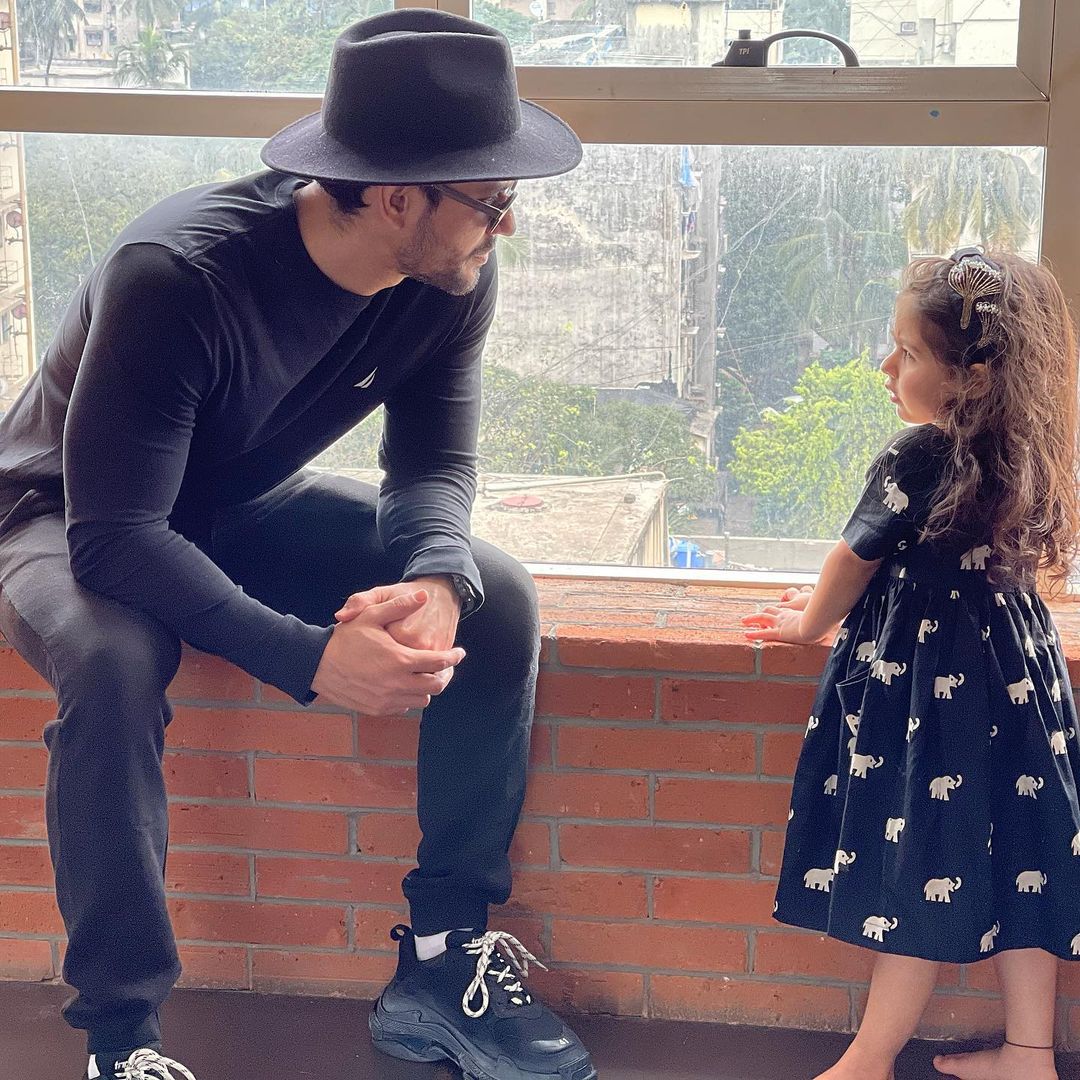 Judging by his Instagram feed, it looks like the doting daddy, Kunal is enjoying every second of being a father to his baby girl, Inaaya. On January 11, 2021, Soha captured Kunal and Inaaya's cute antics. She took to her Instagram handle and posted a lovely video of her daughter and Kunal. In the video, we can see Kunal tying a plait of Inaaya's unicorn. Soha captioned the video as "Daddy duty seems to be going well today! #yousaiduna." Check it out below:

On the occasion of Daughter's Day, Kunal had taken to his Instagram handle and had penned a lovely wish for his baby girl. He had posted a perfect picture with his daughter, Inaaya, wherein he could be seen looking at her lovingly while she was lost in her thoughts. Alongside it, Kunal had written, "When the world fits in your arms and you can embrace the life in it..the only relationship that’s cemented for life the moment it starts is that of a parent and their child. To every parent and to every daughter. #HappyDaughtersDay." Soha had also shared a cute picture of Inaaya, and had written, "May you never lose that twinkle in your eye, that bounce in your step or my favourite lipstick hidden in your pocket." (Also Read: Virat Kohli And Anushka Sharma Welcome Their First Child, The Former Shares A Cute Announcement) 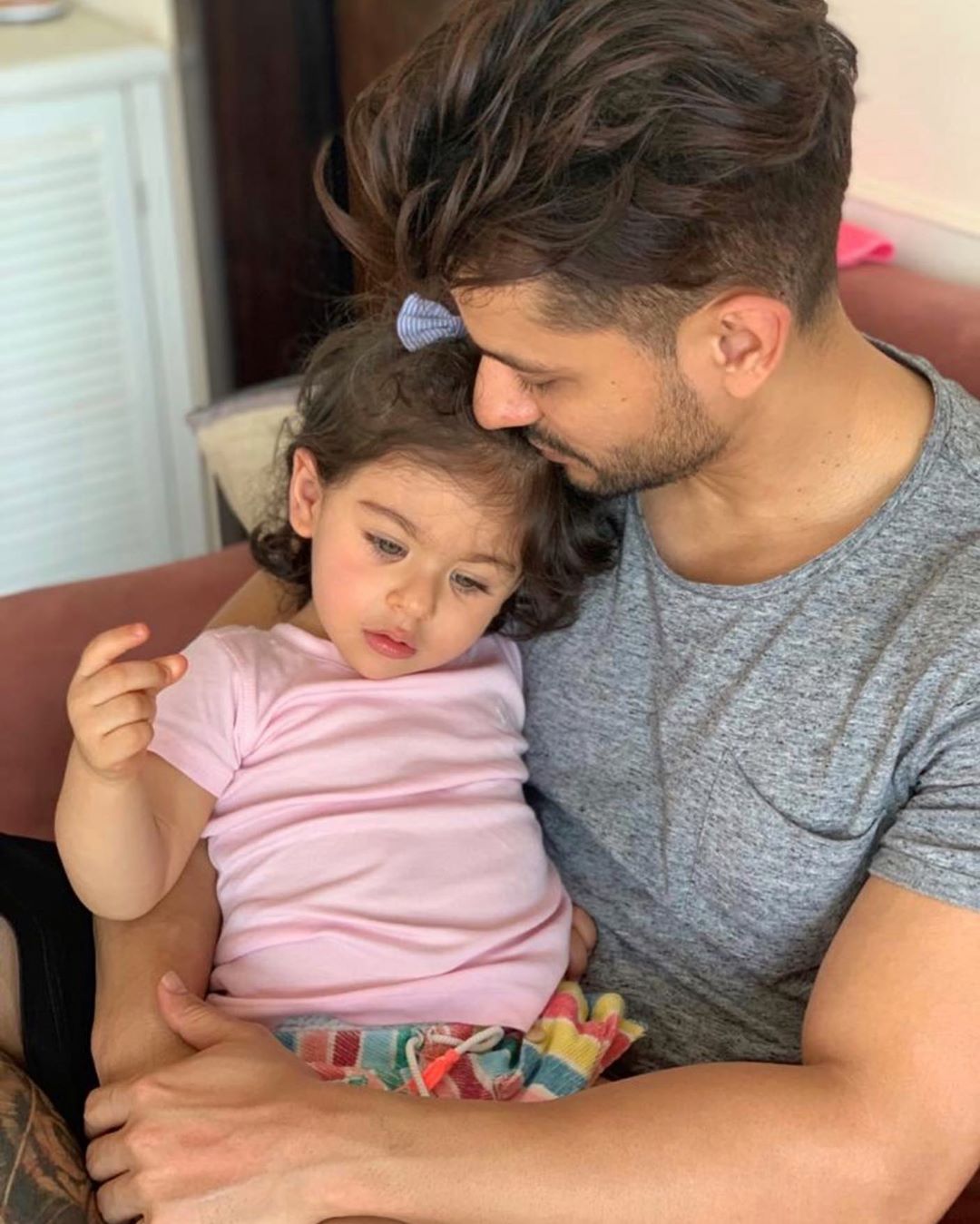 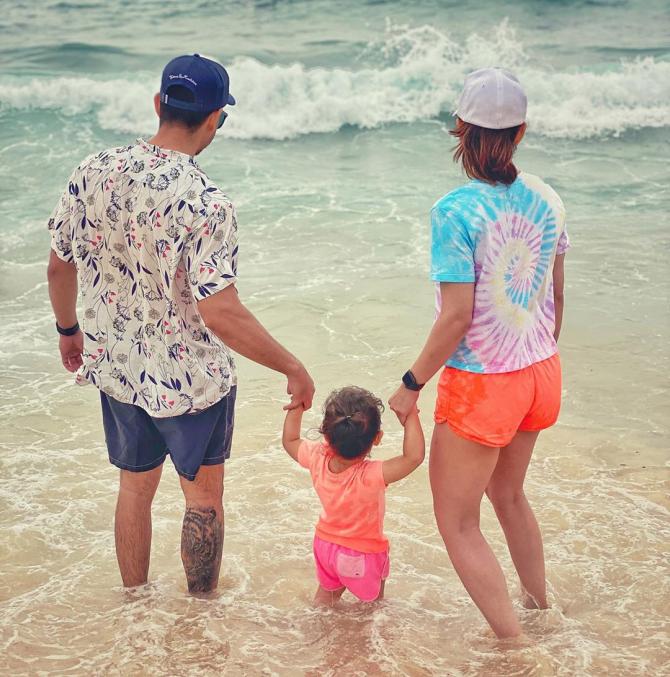 In an interview with the DNA, Kunal had shared the story behind his baby girl's name and had stated, "It’s weird. It just came to me. When you know you are having a baby, the first thing is you think about the names you can call your baby. Everyone goes through this and we also had a list. Inaaya just happened to strike me. I had never heard the name before but I must have had some connection with it and everyone quite liked the name. But it was one of the names I had chosen. Naumi was another name that I really liked. And my daughter has a middle name too. We were going with Inaaya but then, she was born on Mahanavami, so this was too much of a coincidence. Even though she will always be known as Inaaya, her official name will be Inaaya Naumi Kemmu." (Don't Miss: 'Ishqbaaaz' Fame, Nakuul Mehta's Pregnant Wife, Jankee Flaunts Her Baby Bump In A White Monokini) 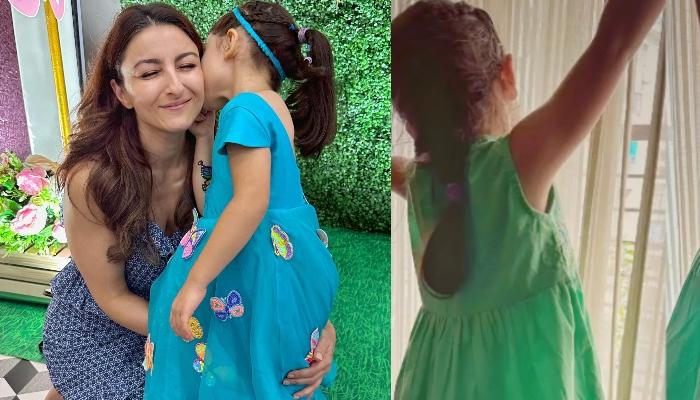 Bollywood actress, Soha Ali Khan's daughter, Inaaya Naumi Kemmu is already a superstar. The actress shared a glimpse of her daughter, Inaaya's Diwali prep. Ever since the arrival of Inaaya in Soha's life, the actress' IG feed has turned into a memory book for her five-year-old' special moments. From posting about