KK's Grieving Family Changes His Instagram Profile Picture, Talks About How Is Life Without Him

KK's family pens a sad note in his fond memory. Krishnakumar Kunnath had passed away in Kolkata at the age of 53 due to cardiac arrest. Read on to know more!

Krishnakumar Kunnath, a.k.a KK’s sudden passing away, felt like a personal loss to many. It was hard to digest how the singer was wooing audiences in Kolkata with his superhit songs just moments before a cardiac arrest took his life. KK’s melodious voice perfectly defined the mood of friendship and love for the millennials. Whether it's Yaaron, Zara Sa or Koi Kahe Kehta Rahe, every song of KK was a part of every college picnic or school farewell. In a career spanning two decades, the icon, Krisnakumar was known for his versatility. From first love to heartbreak, there are no emotions which remain untouched by KK’s songs.

The singer’s sudden demise came as a shock to his entire family. However, we have seen how his wife, Jyothy Krishna stood like a strong pillar of strength for her kids, Taamara and Nakul. There has not been a single day when KK’s family did not miss him. On Father's Day, the late singer’s doting daughter, Taamara had taken a trip down memory lane and wished her daddy with a childhood photo of hers. She shared a throwback picture with her father and penned a teary-eyed note. An excerpt from her heartfelt note could be read as:

“I would take the pain of losing you a 100 times, if it meant having you as my dad even for one second." On July 15, 2022, KK’s family shared an emotional note on his IG profile as they posted a portrait of him, which was the singer’s favourite photo of himself. The grieving family also changed his Instagram profile picture with the same image. In the photograph, we can see KK soulfully singing on stage, donning casuals. Alongside, the Kunnath family penned an emotional note, which mentioned how KK had achieved work-life balance, his unconditional love towards his family and how they are trying to cope with their grief. An excerpt from the captain can be read as:

“Kk wanted his profile picture to be changed to this one so we are now doing this for him and thought we’ll take this opportunity to address all fans of KK and let you know we are doing better everyday. He was a different species of human, not only to you’ll as a performer but for us as a father/husband. Dedication and humility came together to form a human being that showed us all how to live a balanced life. His unconditional love always reminding us how to really and truly love.” 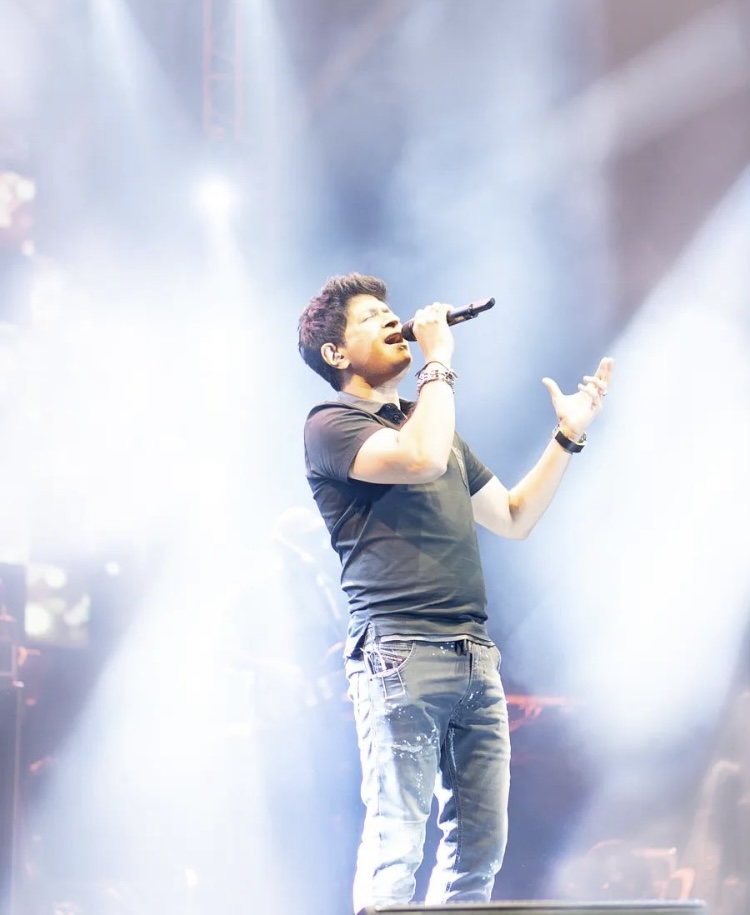 On July 14, 2022, KK's loving wife, Jyothy Krishna had taken to her IG handle and shared a self-drawn painting remembering her husband. The picture featured Jyothy and KK amidst a beautiful scenario. The painting spoke volumes about the love she has for her late husband. As soon as she posted it, their daughter, Taamara commented, "Love it, momm." Sharing the picture, Jyothy had written:

Also Read: Anmol Ambani And Khrisha Shah's Unseen Photo From Sundowner Bash Reflects Their Love For Each Other 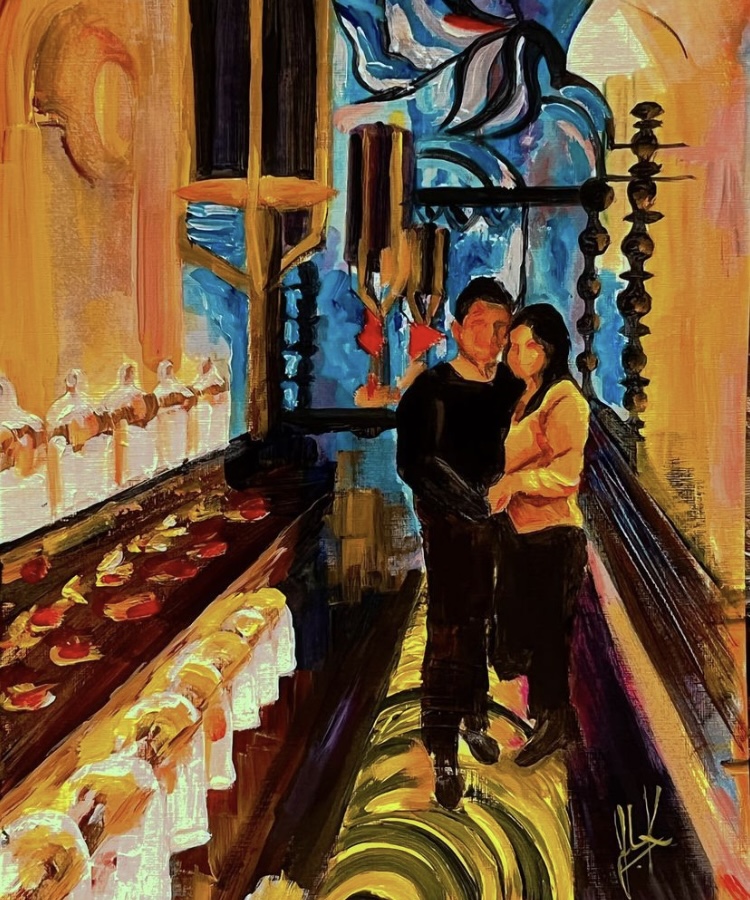 On June 26, Taamara had to her IG handle and posted two throwback pictures of her late dad, KK along with his team members. Moreover, she mentioned how KK's team was his second family. She also requested her daddy’s fans not to spread hatred based on unverified reports, click-bate youtube videos and fake news. In her words:

"I've heard about hate mail and a lot of anger being directed towards Hitesh uncle and Shubham. To those of you resorting to such abuse, ask yourself what would dad think if he could see this? You’re basing your judgment on the word of some unverified journalists, channels and other sources that regularly photoshop thumbnails and include clickbait titles. Don’t spread hate on their behest. All of dads fans are sending his immediate family all their love and support. However, every moment dad wasn’t with us, he was with his 2nd family, as he used to call them." 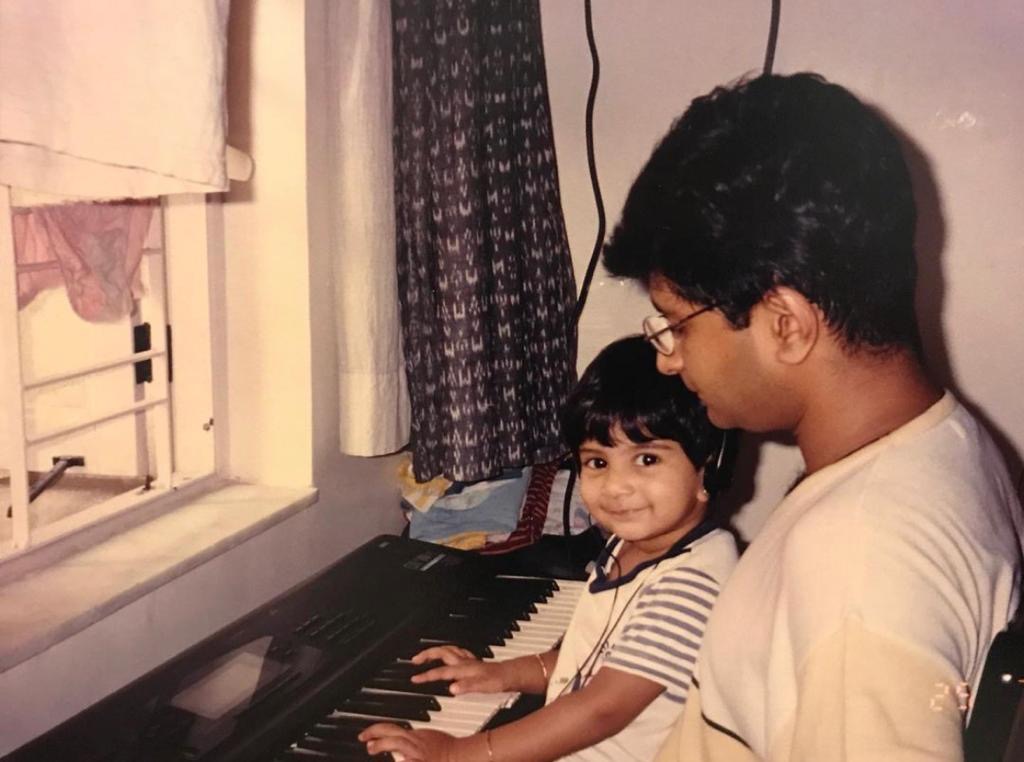 Next Read: Rakhi Sawant Breaks Down As She Reveals How Adil Is Told No One Will Marry His Sister Because Of Her