Katrina Kaif shared an unmissable picture from her wedding with Vicky Kaushal to wish her 'devar', Sunny Kaushal, on his birthday and the entire internet is in love with it. Check it out!

Popular Bollywood actor, Sunny Kaushal is celebrating his birthday today, and his massive fanbase has already taken over social media handles. While some are sharing clips from his movies, others are penning long notes, and many are explaining why he has the potential to be one of the leading actors in the film industry. With his performances in films, web series, and short films like Shiddat, Gold, The Forgotten Army - Azaadi Ke Liye, and The Embrace, he has already proved the mettle of his acting chops.

The actor also received so many positive reviews for his performance in the recently-released film, Hurdang, in which he was seen opposite Yami Gautam and Nushrratt Bharuccha. On the personal front, reports are rife that the actor is reportedly in a relationship with the gorgeous actress, Sharvari Wagh. However, none of them has confirmed their dating reports but also have not denied it. On September 28, 2022, Katrina Kaif took to her Instagram handle and shared a drool-worthy picture from her wedding with Vicky Kaushal. The actress shared a cutesy picture from one of her wedding ceremonies to wish her charismatic devar, Sunny Kaushal, on his birthday. In the picture, Sunny can be spotted taking aashirwad from his bhabhi, and the beautiful moment captured in the frame is winning everyone's hearts at the moment. Along with the picture, Katrina penned a cute caption to bless her devar on his birthday, and it can be read as: A few moments ago, Vicky Kaushal also wished his brother, Sunny Kaushal, on his special day by dropping a dapper picture with him. In the picture, Vicky and Sunny can be spotted in an almost similar kurta-pyjama and have once again proved that they are the hottest brothers in the film industry. Along with this stunning picture, Vicky also penned a lovely note in the caption in which he admitted that his brother is far more talented than him. Calling him the only Kaushal in their family, who possesses all the good qualities in the world, Vicky showered immense love on Sunny. His note in the caption can be read as:

"Happy Birthday to the most sarvagun sampann Kaushal! Love you @sunsunnykhez

Don't Miss: Mahesh Babu's Mother, Indira Devi Passes Away At The Age Of 70 Due To Age-Related Sickness The dapper actor, Sunny Kaushal shares a beautiful bond with his bhabhi, Katrina Kaif and time and again, we have seen them dropping cutesy comments on each other's posts on social media. For instance, on January 3, 2022, the Shiddat actor had taken to his Instagram handle and had dropped a series of pictures of himself in an ethnic ensemble. The actor was seen donning an ethnic outfit from the famous designer duo, Shantanu and Nikhil, and looked absolutely amazing. Alongside it, he had written, "Pose like a king, dress like a warrior." Soon on his bhabhi, Katrina commented on his post and had written: 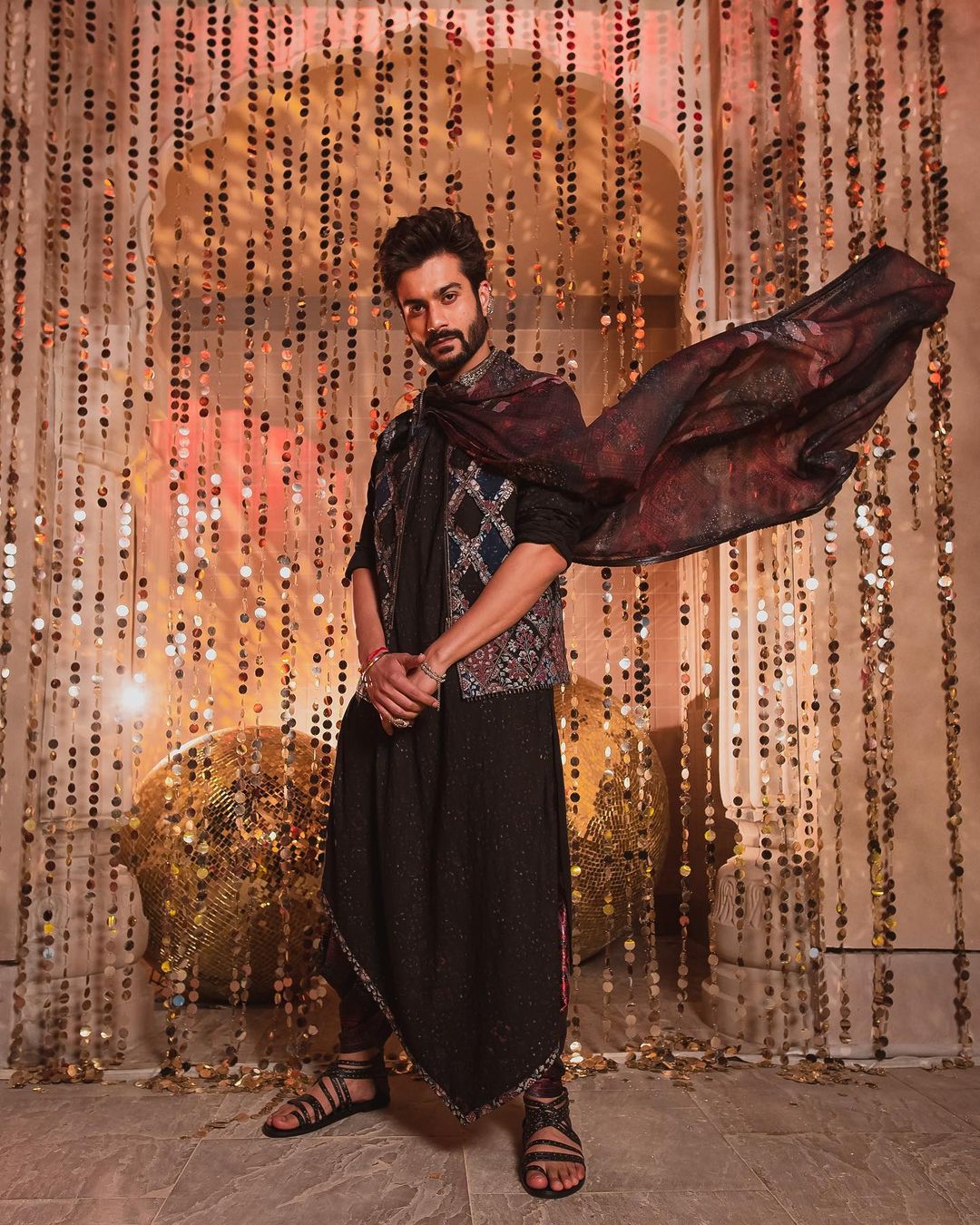 Here's wishing all the love and light to the ever-so-charming, Sunny Kaushal.