A source close to the newly married couple, Katrina Kaif and Vicky Kaushal, revealed how the couple is acing their long-distance relationship by making time for each other on video calls.

The newly married jodi, Katrina Kaif and Vicky Kaushal, became one of the tinsel town's most loved couples. After tying the knot on December 9, 2021, they are experiencing every moment of the beautiful journey of being together. From their wedding photos to Katrina's first rasoi rasam, their 'Meri Christmas' to their first Lohri, we are in love with them. But despite being newly-wed, both the stars are super busy with their work schedules and their professional and personal life balance is an inspiration to all.

On February 14, 2022, Katrina Kaif had taken to her IG handle and had dropped some mushy pictures with her hubby, Vicky Kaushal, to mark Valentine's Day. While one picture had shown the adorable couple hugging each other tightly, in the other one, Vicky had kissed Katrina on her forehead. However, in the third picture, Vicky and Katrina were lost in each other's eyes, and they had looked perfect together. Along with the photographs, Katrina had written a loving note, which could be read as:

Katrina Kaif Looks Stunning As A Christian Bride In Pastels, Pays Tribute To Her Mother's Heritage

"We may not have been able to have the romantic dinners this year , but u make the difficult moments better and that's what matters."

Next Read: Rakhi Sawant Reveals The Reason Behind Her Separation From Husband Ritesh, Says, 'I Feel He Used Me'

In an interview with BollywoodLife, a source close to Katrina Kaif and Vicky Kaushal shared how the much-in-love couple makes time for each other amidst their busy work schedules. The source revealed that Katrina and Vicky, though being distant from each other, take out free time for video calls and make moments. The source said:

"Katrina and Vicky have decided to set time aside for each other every day. Despite the distance or different schedules, they both ensure to be free at a time that they have pre-decided and the couple gets on a video call to spend some time with each other." 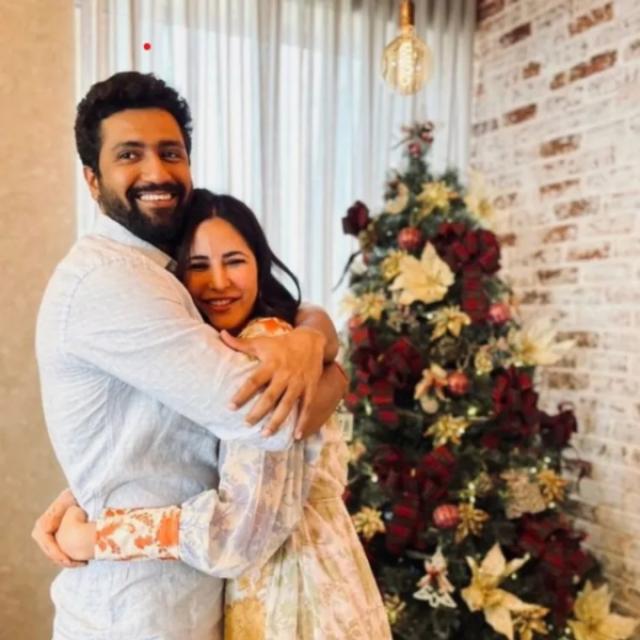 Further in the conversation, the source praised Katrina and Vicky for being organised. The portal mentioned they make use of the video calls amidst their busy schedules, and this is how they ensure to balance their work and personal life. The source added:

"Katrina and Vicky plan their day accordingly to be sure that they are free at that time and they get on a call with one another. Katrina and Vicky are both organized people and they like to plan ahead. The two chalk out a plan and discuss their work schedules in order to meet each other personally and spend romantic time together as they have just got married."

Next Read: Veteran Singer-Music Composer, Bappi Lahiri, Passes Away At 69, Doctors Reveal Cause Of Death 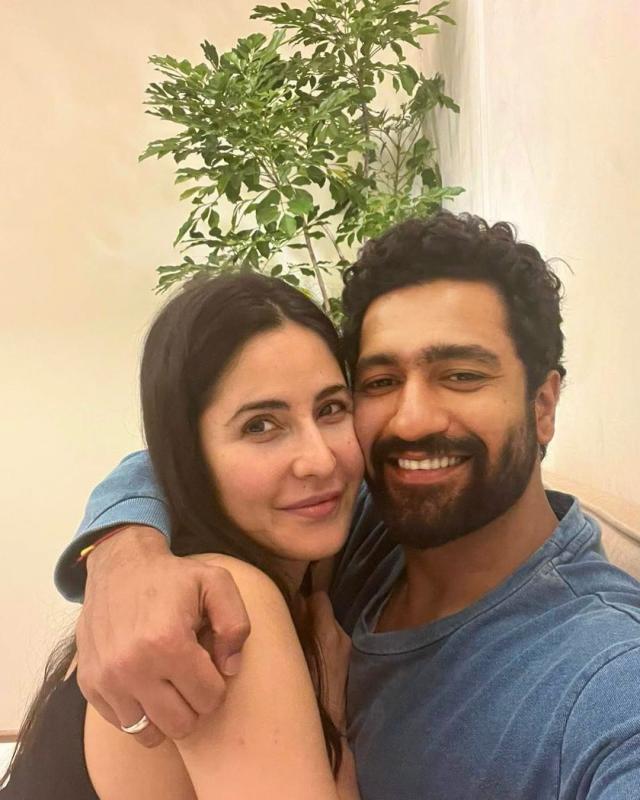 Ahead of Valentine's Day, i.e. on February 13, 2022, Katrina Kaif and Vicky Kaushal were spotted by the paps at the airport as they had returned from London. The much-in-love couple had looked gorgeous as they had held hands and had twinned in their casual and stylish denim airport looks. Katrina was dressed in a denim shirt, which she had paired with jeans and light blue sneakers. She had opted for a no-makeup look and had styled her hair in a sleek high ponytail. On the other hand, Vicky had opted for a white t-shirt and denim pants. He had completed his look with a blue denim jacket and a pair of grey sneakers. The husband and wife had their masks up, taking all the COVID-19 precautions.

On January 13, 2021, Katrina Kaif and Vicky Kaushal had celebrated their first Lohri together post-wedding. Katrina had taken to her IG stories and had posted a series of pictures. She had donned a beautiful red-hued suit with a black puffer jacket for the celebration. She had styled her look with a golden jutti. On the other hand, Vicky was in his casual best. Vicky had also taken to his Instagram handle and had posted a picture from their first Lohri together, which was super special. Sharing a picture, Vicky had written: Sunny Kaushal On What 'Bhabi', Katrina Kaif Brought To The Family, Reveals The Taste Of Her 'Halwa' Katrina Kaif has become Punjabi bahu after tying the knot with the man of her dreams, Vicky Kaushal. The most adorable couple of Tinseltown have been married for almost four months now, and they are enjoying every bit of their marital bliss. However, Vicky's brother and actor, Sunny Kaushal's camaraderie with his Parjai,