Krushna Abhishek and Kashmera Shah are parents to twin sons, Krishaang and Raayan, who were born to them via surrogacy. Checkout the little ones' birthday bash pictures.

Time flies and you realise it when your little ones grow old with each passing day! It seems that only yesterday we got to know that famous television couple, Krushna Abhishek and Kashmera Shah, became proud parents to twin boys, Krishaang and Raayan through surrogacy. Yesterday, on June 2, 2019, Krushna and Abhishek’s apples of the eyes celebrated their second birthday and many biggies from television and Bollywood were present at the do. (Also Read: Amitabh Bachchan Reveals Story Behind His 'Next Day' Wedding With Jaya Bhaduri On 46th Anniversary)

Before we jump onto the birthday bash of the cute and handsome twin babies, let us tell you that Kashmera and Krushna had tied the knot in a secret ceremony in 2013, and the news broke only in late 2014. Later, the actress had shared that the two got married at a church that is one hour away from Las Vegas. Their love story started off with a one-night stand. It was in June 2017, that the couple welcomed their twins, Krishaang and Raayan, via surrogacy.

Kashmera Shah Reveals Why She Wants To Be A Full-Time Mother To Her Sons, Rayaan And Krishaang Coming back to the babies’ birthday bash, yesterday (on June 2, 2019), Kashmera and Krushna hosted a lavish and grand birthday party on behalf of their kids. Many stars from both small and silver screens were present at the party with their kids namely, Tanaz Irani, Karan Mehra and Nisha Rawal along with their son, Kavish Mehra, Tusshar Kapoor with his son, Laksshay Kapoor, Parmeet Sethi with wife, Archana Puran Singh, Deepshikha Nagpal, Shimona Chakraborty, Arti Singh, Mahhi Vij amongst many others. Checkout the pictures here:

Krushna had once revealed that superstar Salman Khan knew about the surrogacy and the twin babies before anyone else. He had said, “Many people counselled me about having babies, one of them was Salman. He (Salman) was one of the first stars I told about my twins. He was extremely happy for us.” (Checkout: Soon-To-Get Married, Ankita Lokhande And Vicky Jain Attend Baba Siddique Iftar's Party, Pics Inside) In an exclusive interview that she gave to The Times of India, Kashmera had once said, “We had our baby boys 11 months ago. We couldn't stop beaming with joy when we had them. Being a mother is a completely different feeling and my life has changed completely. Plus, I have a newfound respect for mothers.” She had also gone on to share Salman Khan’s support during the new phase, “We have named our kids Krishaang And Raayan. Well, Ryan is also called as Sultan as he is a survivor and had a long struggle with life. Salman Khan had also supported in our decision of surrogacy.” 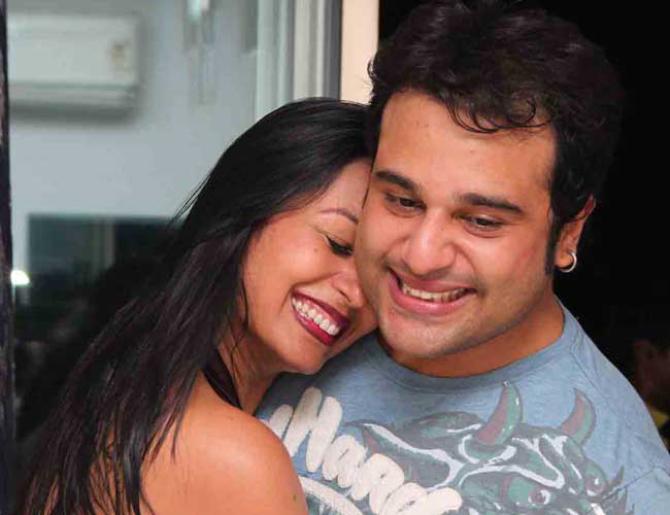 Kashmera had also shared about the motherhood phase and was quoted as saying, “It's a great feeling. It's probably the first time that my house is a complete mess and I am completely fine with it. In fact, I have fallen over toy cars at home so many times. All I get to hear in the mornings are loud screams of my babies. It's such a chaos but a new joy of life.” In the same interaction, Kashmera had also shared how lovely a father Krushna is. She had revealed, “Krushna as a father is really good. Earlier, we used to be really paranoid about everything related to the kids right from their food to their breathing pattern. Krushna makes sure of playing hide and seek every morning with the boys. He is well updated with the happenings of the kids and every minute detail. He asks me how their day was and what all did the kids do in his absence. Krushna and I are still in the learning phase of parenthood.” 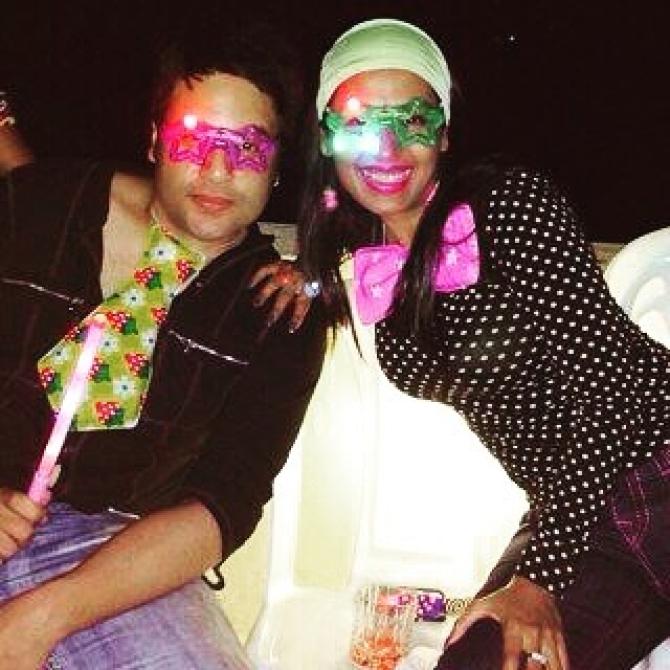 Do you know, Kashmera had failed attempts at pregnancy? Here’s what the actress herself had once remarked, “I took a sabbatical from work to have babies. I had been trying to conceive for good three years, but it didn't work out. It was tough as they weren't conceived naturally. I had lost my health. My body went for a toss during the IVF process. I had 14 failed attempts at having kids. The IVF injections are no less than actually being a mother in her pregnancy stage. One has mood swings, puts on weight, gets annoyed just like a would be mother. It becomes so difficult to lose weight because then it's not natural. I became a waist size 32 from size 24. But I did not give up, neither on motherhood nor on my health.” (Don't Miss: Aamir Khan's Hilarious Birthday Wish For Son, Junaid Khan Is Every Embarrassing Father Ever)