In an old interview, Kareena Kapoor Khan had opened up about her husband, Saif Ali Khan and step-daughter, Sara Ali Khan's appearance on one of the popular talk shows. Check out!

Bollywood actor, Saif Ali Khan was earlier married to veteran actress, Amrita Singh. The duo had tied the knot in 1991 and was blessed with two beautiful kids, Sara Ali Khan and Ibrahim Ali Khan. However, after 13 years of marital life, the duo had parted ways but have maintained dignity towards each other, and their kids are on good terms with their parents. Again after a couple of years, Saif had fallen in love with Bollywood diva, Kareena Kapoor Khan, and the duo are living a happy married life.

For the unversed, it was in 2007, when Saif Ali Khan and Kareena Kapoor Khan had met for the shoot of their third film together, Tashan and fell for each other. Later, they had tied the knot in 2012. Afterwards, in December 2016, they were blessed with a baby boy, Taimur Ali Khan and in February 2021, their second child, Jehangir Ali Khan was born. However, Kareena shares cordial relations with her step-children, Ibrahim Ali Khan and Sara Ali Khan and they are often spotted together.

Sara Ali Khan Shares A Beautiful Picture With Baby Brother Jeh, As She Wishes Abba Saif On His 51st

During the launch event of Kareena Kapoor Khan's hosted show, What Women Want, she was asked about her husband, Saif Ali Khan and step-daughter, Sara Ali Khan's appearance on one of the episodes of Koffee With Karan. For the unversed, Saif and Sara had appeared in Karan Johar's popular celebrity talk show, Koffee With Karan season 6, episode 5, and undoubtedly like every other episode of KWK, this was also one of the most talked ones. Kareena was told that the duo had made many bold statements over there and what are her thoughts about the same. To this, she had complimented Saif and Sara by mentioning that the duo is a combination of beauty with brains which is quite rare in the industry. She had said:

"Well all I can say is, I'm sure, it's definitely the best episode. Because jo guests the dono, Sara aur Saif, they are a deadly combination of beauty with brains which is quite rare in the industry." 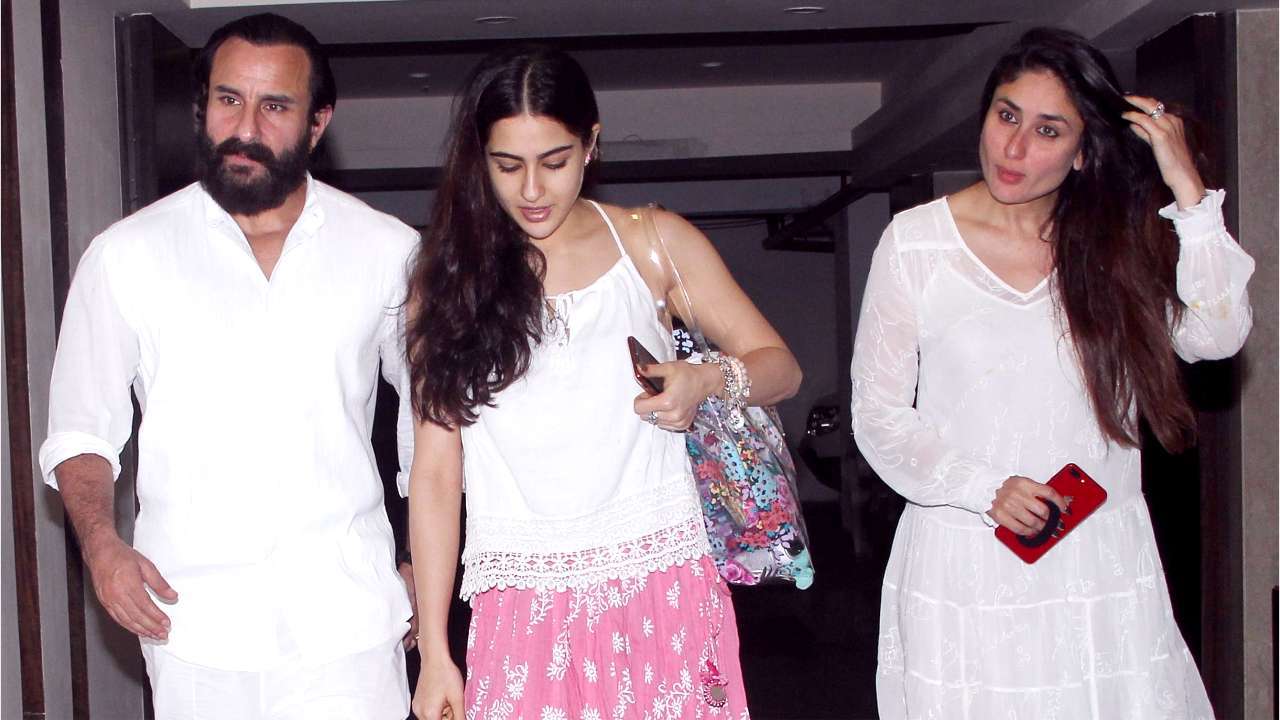 Earlier, Kareena Kapoor Khan and Saif Ali Khan had decided that after their marriage they would not do kissing scenes with any other co-star. However, it was Sara Ali Khan, who had talked to the duo out of it and had influenced them to change the decision of their 'no onscreen kissing' policy. In an interview with Famously Filmfare, Kareena had revealed the person who was behind motivating them to come out of their hesitation of kissing any other co-star for a film. Stating the same, Bebo had said:

"Not many people know, in fact it was Sara who actually we discussed it with. So Saif told his daughter that we've decided to not kiss on-screen. She was like, 'I think that's really silly because you'll are actors, and you know, the films that are being made today, there's nothing wrong if two characters have to kiss each other'." 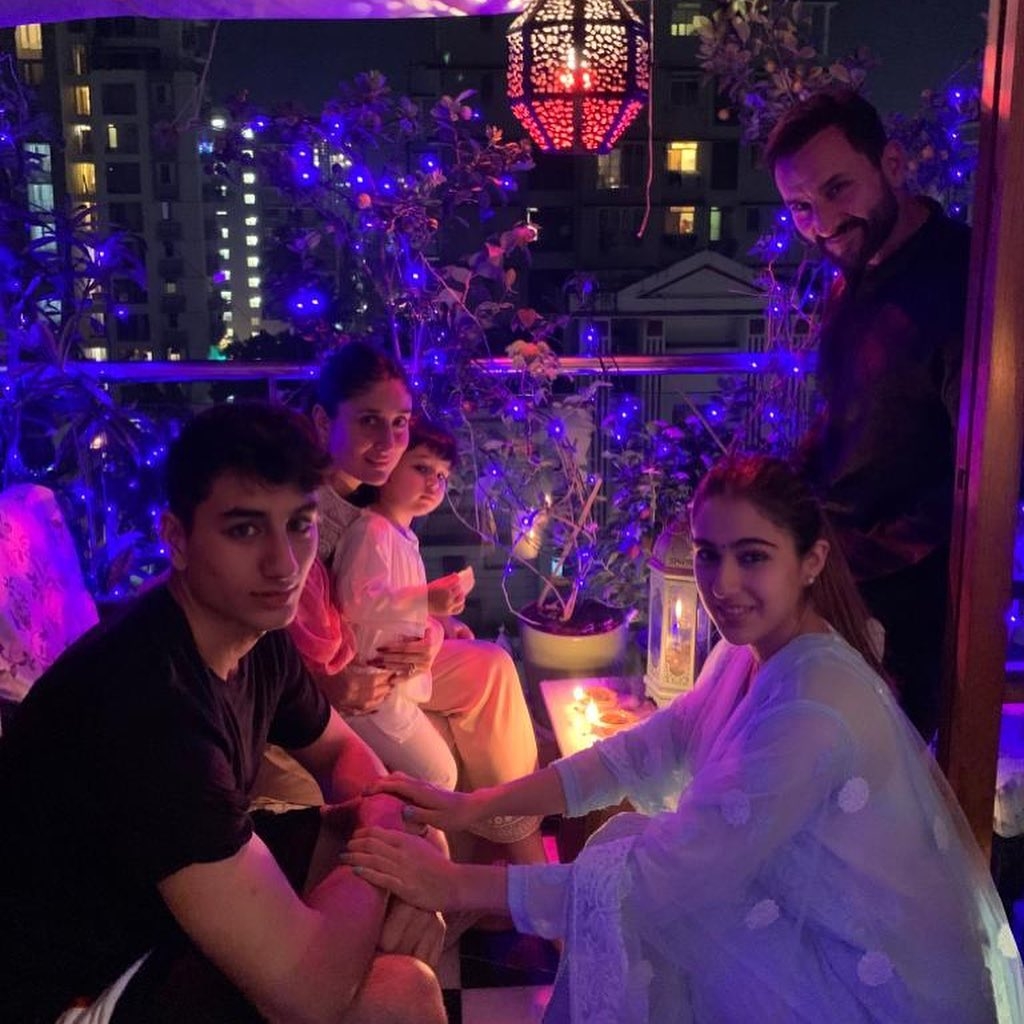 In her book, KAREENA KAPOOR KHAN'S PREGNANCY BIBLE: The ultimate manual for moms-to-be, Kareena had revealed that Sara had accompanied her and Saif on their babymoon to Rome. At that time, Kareena was pregnant with her first son, Taimur. Next Read: To-Be-Daddy, Ranbir Kapoor Revealed His Wish To Get Tattoos Based On His And Alia's Kid's Name 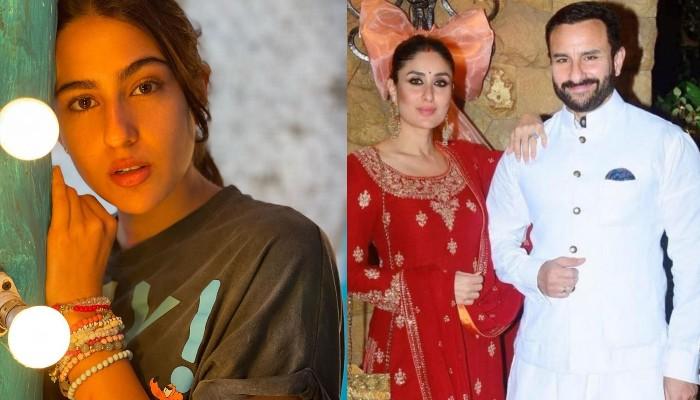 Bollywood actor, Saif Ali Khan had married actress, Amrita Singh at the age of 21 in the year 1991. However, the duo had decided to part ways after 13 years of marital life. Although despite their decision to part ways, both Saif and Amrita have maintained dignity towards each other.