Karan Kundrra was papped at the Mumbai airport and was asked about his mummy, Suneeta Kundrra and his girlfriend, Tejasswi Prakash's recent fun-banter on an IG trend and he gave a shocking reply!

One of the most loved and adored couples in Tinseltown, Karan Kundrra and Tejasswi Prakash hit the headline every now and then with their mushy romance and fun banters. For the unversed, their chemistry had brewed from staying together inside the Bigg Boss 15 house. Even after going through lot's of ups and downs inside the BB house, they have managed to keep their love for each other intact till now.

Tejasswi Prakash also shares a cute bonding with her boyfriend, Karan Kundrra’s mom, Suneeta Kundrra. Glimpses of the same were seen in her latestly released fun video on her IG handle. On June 25, 2022, Tejasswi had shared a cutesy video featuring her mother and to-be-saasu-maa, Suneeta Kundrra, wherein the trio was seen participating in a trend. Sharing the video, Tejasswi had written, “My mummas are doper than your mummas.” As soon as Tejasswi had dropped the Reel on her IG feed, Karan had also reacted to it with a hilarious comment. He had penned, “My God one day I leave you with the mothers, and you do this.” To this, Tejasswi had replied:

“Are you jealous Mr Karan Kundrra?”

Also Read: KK's Daughter, Taamara Shares Throwback Photos Of Dad With His Team, Asks All To Not Spread Hate 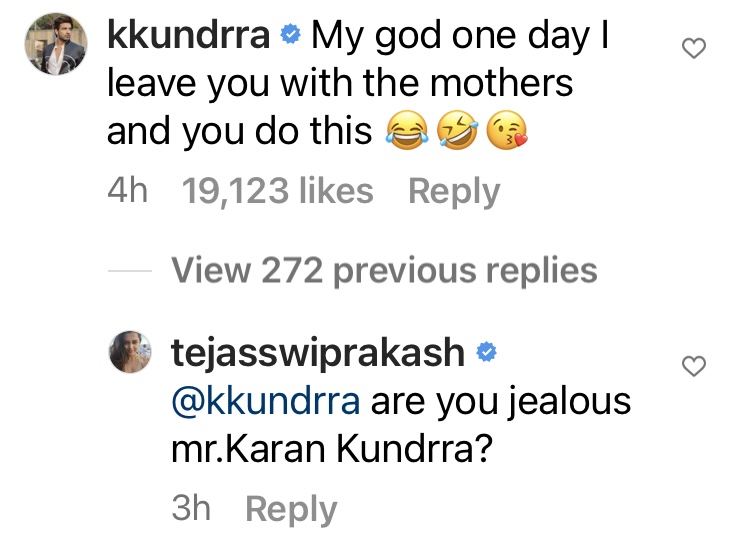 On June 26, 2022, Karan Kundrra who was out of the town, was papped at the Mumbai airport upon his arrival in the city. Paparazzi stationed at the airport asked him about his girlfriend, Tejasswi Prakash's latest video with his mom, Suneeta Kundrra and his to-be-mother-in-law. To this, Karan replied hilariously and mentioned that he had returned to Mumbai only because of this. Further, he jokingly added that he was amazed to see what all Tejasswi did with the two moms. He also mentioned that Tejasswi had completely insulted his mom and that his mother couldn't even figure this out. Sharing the same, Karan laughingly said:

Karan and Tejasswi never miss a chance to paint the town red with their cutesy love for each other. On June 11, 2022, Karan had taken to his Instagram handle and had shared a series of pictures from his girlfriend's birthday celebration in Goa. In the photos, we could get a glimpse of their romantic getaway on the jet as they had posed lovingly for the pictures. In one picture, Karan could be seen planting a sweet peck on Tejasswi's cheeks, and the actress's happiness was quite visible. Sharing the cute photographs, the doting boyfriend had written:

Earlier, in an interview with Pinkvilla, Tejasswi had opened up about her bond with Karan Kundrra. Sharing why she doesn't want to flaunt her relationship with her boyfriend, Karan, the actress had mentioned how much she believes in logon ki nazar. She had said:

“I am someone who believes logon ki nazar bahot jaldi lag jati hai. For me the relationship is so precious that I cannot take that risk. So, I will not encourage the marriage topic. We both are focusing on our work and it will happen when it is supposed to happen. I feel blessed." 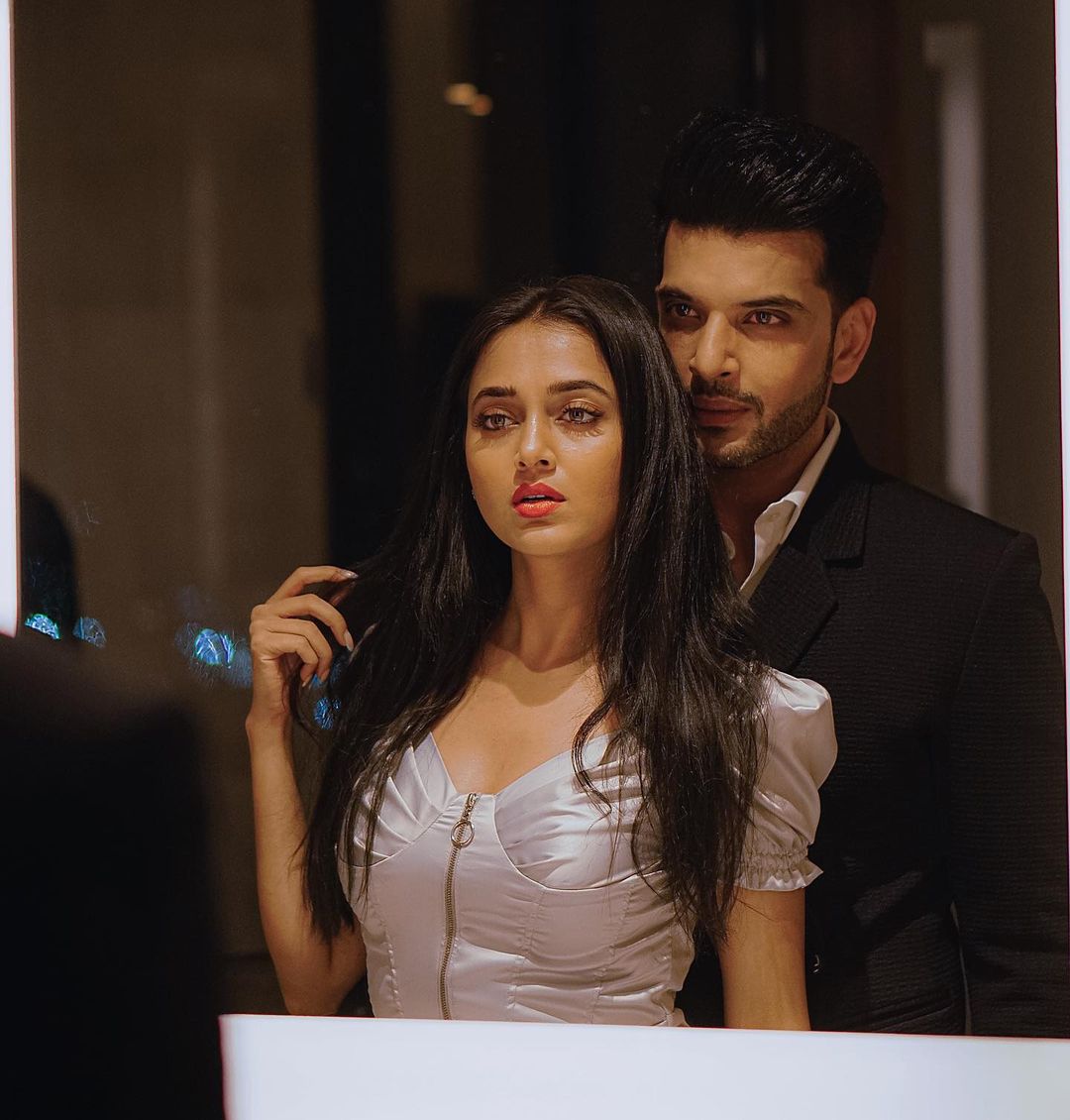 What do you think about Karan's reaction? Let us know.