In the latest episode of 'Bigg Boss 15', Karan Kundrra was seen arguing with his girlfriend, Tejasswi Prakash, about her friendship with co-contestant Nishant Bhat inside the house.

The popular reality show, Bigg Boss 15, had shown everything to its audience, from numerous fights to brewing romance between contestants. The one couple, who had mainly hit the headlines and limelight in this season is Karan Kundrra and Tejasswi Prakash. Despite dealing with several differences in opinions and being questioned for their love time and again, they are still going pretty good.

TejRan's (Tejasswi Prakash and Karan Kundra's jodi is fondly named by their fans) love story had started a few weeks after the show began. Karan had gone down on his knees and had proposed Tejasswi with a rose. The couple had also gone through controversies while performing captaincy tasks inside the Bigg Boss 15 house. Now, as the finale is approaching, the lovebirds are seen bonding stronger. In the latest episode of Bigg Boss 15, Karan Kundrra and Tejasswi Prakash's relationship faced an exciting twist. Karan seemed to be insecure because of his girlfriend's friendship with another contestant, Nishat Bhat. Karan sarcastically remarked that he had seen Tejasswi's reactions during Nishant tasks' and felt cute seeing them together. Tejasswi acted as if she didn't care what Karan was saying, which again started a fight between them. Karan then added that he didn't like Tejasswi spending time with Nishant. While Tejasswi constantly said she didn't do anything, Karan continued his accusations. 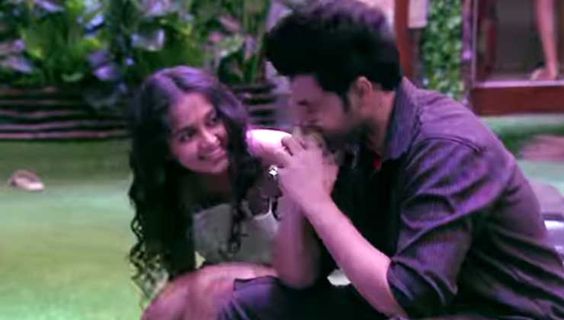 Tejasswi Prakash was irritated with Karan's remarks and mentioned that her name is not paired with Nishant, as his name is paired with Shamita. Later Tejasswi made her boyfriend explain the situation logically and made him clear that she hadn't done anything wrong. Soon Karan told her to stop the discussion, and Tejasswi again demonstrated her love towards him.

Also Read: Mouni Roy Shares A Picture With Her 'Everything', Suraj Nambiar, Hugs Him Passionately 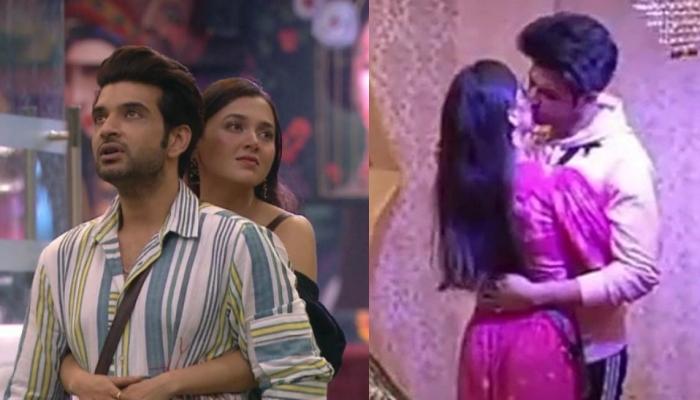 In one of the Weekend Ka Vaar episodes of Bigg Boss 15, famous astrologer, Pandit Janardhan had appeared on the show and had made several exciting and surprising predictions about contestants' future. During his interaction with Karan Kundrra, the astrologer had told the actor that his serious third relationship (presumably with Tejasswi Prakash) would never reach marriage despite being madly in love with her. Pandit had stated that the problems would be from the girl's side. Although, he had told Karan that if he could tolerate her ever-changing behaviour and anger, he could win over her. Also, he will be a father of twins, a son and a daughter. Like everyone, in the same episode, Tejasswi Prakash had also sat in front of Pandit Janardhan to learn a bit about her future. The latter had assured the actress that her current life partner is fortunate for her, as he will prosper her future life. Pandit Janardhan had also added that she had gained immense success and fame on the professional front in the last two or three years. However, calling her and Karan Kundrra's relationship a 'pure bond', Pandit had warned Tejasswi that situations would get worst for them in the months from March to June and had advised her to remain cautious till then. 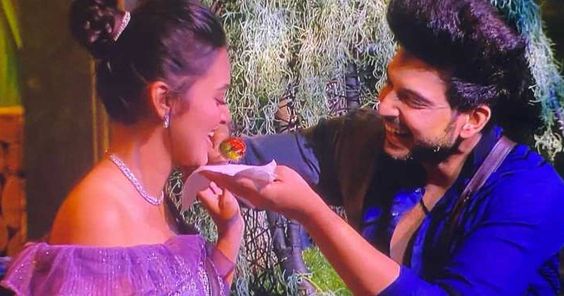 What do you think about Karan Kundrra's insecurity reagrding his girlfriend, Tejasswi Prakash's bond with Nishant Bhat? Let us know. 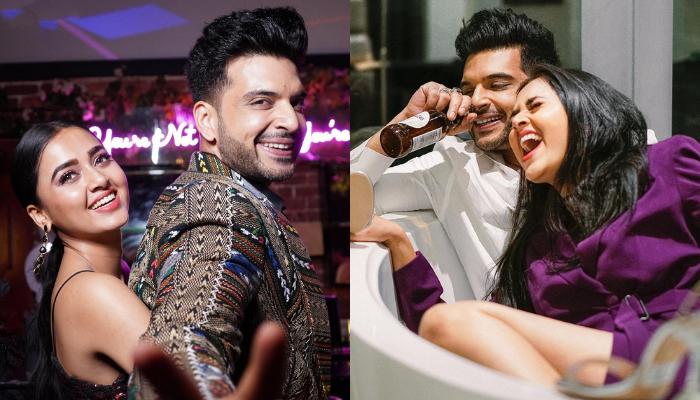 Karan Kundrra and Tejasswi Prakash are the ‘it’ couple of the telly world. There are many fans of their cute antics and love-filled moments. The Naagin 6 actress also has a YouTube channel with the name ‘Tejasswi Prakash’ through which she gives a sneak peek into her daily life, and sometimes it also