The popular comedian, Kapil Sharma wished his son, Trishaan on his first birthday and shared a cool picture of the little wonder on his Instagram handle along with an emotional note. Check it out!

Everyone's favourite comedian, Kapil Sharma had got married to the love of his life, Ginni Chatrath, on December 12, 2018. Two days before their first anniversary, they had welcomed their first child, a baby girl, Anayra Sharma. They had welcomed their second baby, Trishaan Sharma, on February 1, 2021. Today marks Kapil's son, Trishaan's first birthday and the doting dad has dropped a drool-worthy post for his baby boy on his social media handle.

It was almost five months after his baby boy's birth when Kapil Sharma had introduced his little one to the world with an adorable picture. To mark Father's Day 2021, Kapil had posted a picture with his daughter, Anayra Sharma and son, Trishaan Sharma, as the trio had worn white colour coordinated outfits. Kapil had captioned the post in Hindi, and it could be translated as: On February 1, 2022, Kapil Sharma took to his Instagram handle and shared a picture of his son, Trishaan, to wish him on his first birthday. In the picture, Trishaan looked super-cool, as he can be seen donning a white coloured shirt with a cream-coloured checkered waistcoat printed on it, a bow and blue sunglasses. The close-up photo is utterly adorable and makes us fall in love with Kapil's baby boy. However, what caught our attention the most was Kapil's heartmelting note for Trishaan in the caption in which he thanked him for coming into his life. His emotional note in the caption can be read as:

"Today is the first bday of my son #Trishaan need your love n blessings happy bday my son thank you for coming in our life n making it more beautiful god bless #happybirthday #Happybirthdaytrishaan." 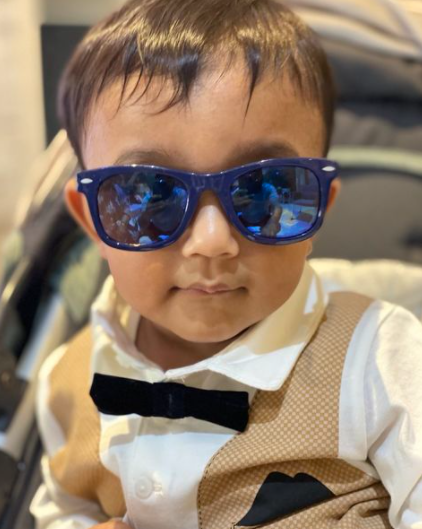 Earlier this year, on January 14, 2022, on the occasion of Lohri, popular singer, Mika Singh had shared a video on his IG handle from his BFF, Kapil Sharma's son, Trishaan Sharma's first Lohri celebration. In the video, Kapil's wife, Ginni Chatrath, could be seen holding Trishaan as he had tried to stand on his feet while his chachu, Mika, had played the drums. Anayra, too, could be seen in the video, looking at her baby brother adorably. Later, Kapil had joined them and had also performed bhangra, holding his son in his arms. It was a double celebration for them as it was Kapil's mother's birthday as well. Check out the video below:

On Raksha Bandhan 2021, Kapil Sharma had taken to his IG stories to share a glimpse from the celebrations in his house. He had posted a cute picture of his daughter, Anayra Sharma, tying the rakhi on her baby brother, Trishaan's wrist. The brother-sister duo had twinned in royal blue outfits, looking adorable. While Trishaan had worn a royal blue embroidered kurta and pyjama, Anayra had looked cute in a gown of the same colour with a dupatta on her head. Also Read: Rajkummar Rao On How His Marriage With Patralekhaa Paul Changed His Outlook Towards Life 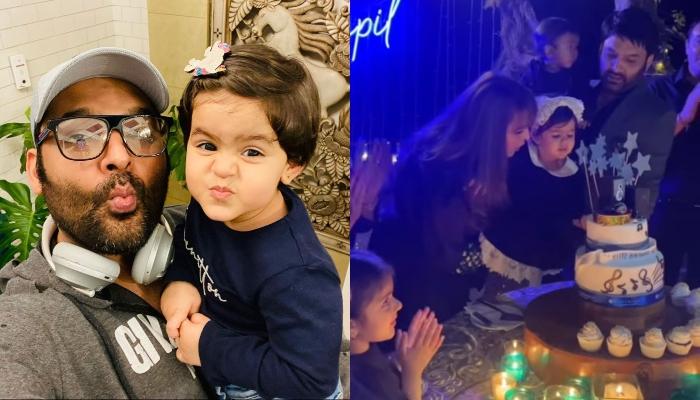