Shenaz Treasurywala opened up on being diagnosed with the rare disease, Prosopagnosia. She revealed the signs and symptoms of it and how she feels ashamed due to this. Read on to know more!

Travel enthusiast, Shenaz Treasurywala had begun her professional life in modelling. She had made her acting debut in 2001, with the Telegu film, Eduruleni Manishi. This was followed by her entry into Bollywood with the film, Ishq Vishk in 2003, co-starring Shahid Kapoor, Amrita Rao and Vishal Malhotra. For her role in the film, she had also earned a nomination for the best supporting actress award at the Filmfare Film Awards. Later, she had also appeared in several films and TV shows like Aagey Se Right, Radio, Luv Ka The End, Delhi Belly, One Life to Live and many more.

Currently, Shenaz is working as a travel blogger, and with a huge fanbase of almost ten lakhs, she keeps updating her fans by discovering new places and giving an account about the same. However, recently she opened up about being diagnosed with a rare disorder, Prosopagnosia. She also mentioned how the disorder is affecting her life and what are the signs and symptoms of it. 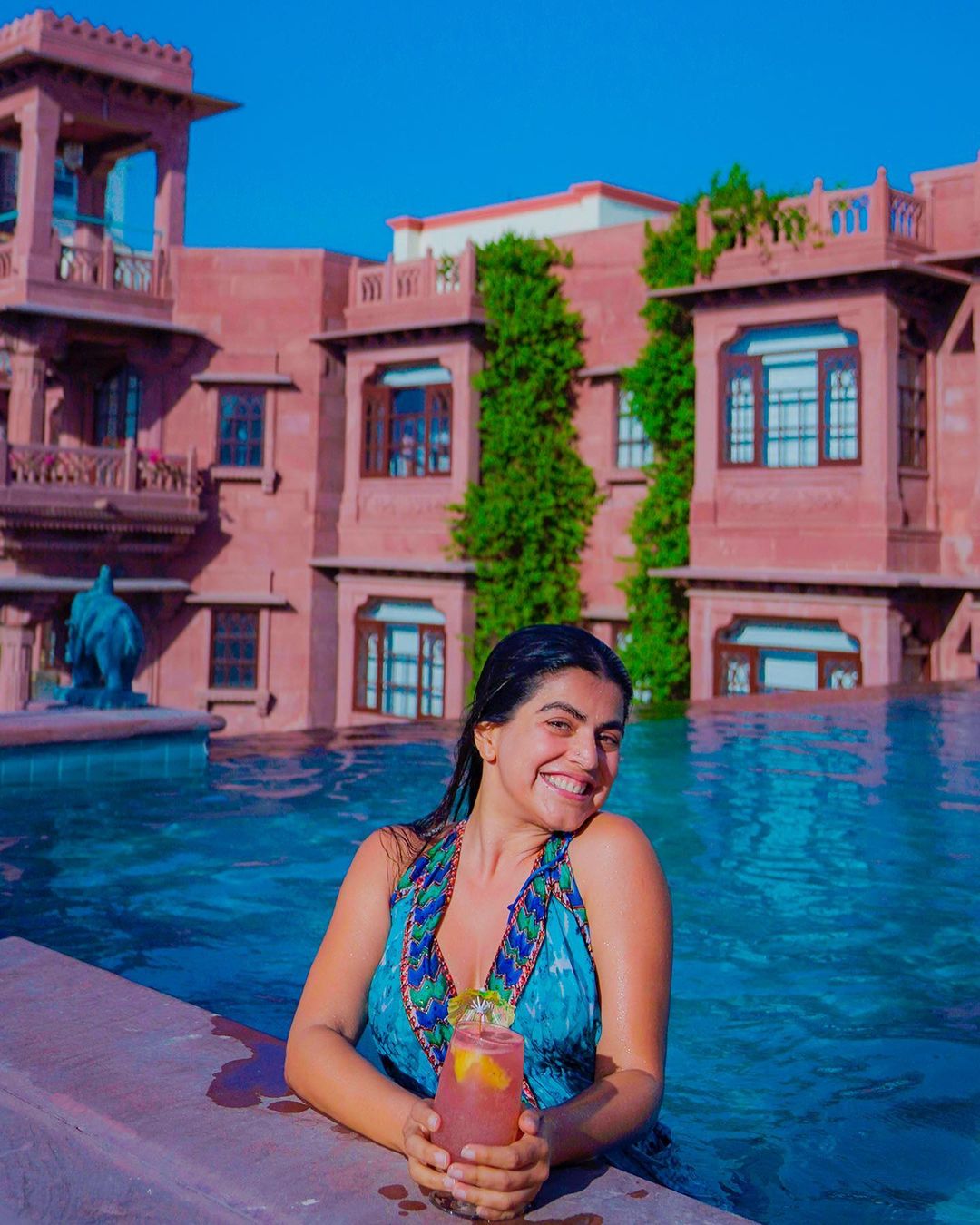 A few hours ago, Shenaz Treasurywala took to her IG stories and opened up about being diagnosed with the rarest disorder, Prosopagnosia. She shared a screengrab explaining what the illness is all about. Along with it, she mentioned how she was never able to recognise faces earlier. Adding to it, she noted that she used to feel ashamed of it, and revealed that she can recognise voices. She penned:

“I have been diagnosed with prosopagnosia 2. Now, I understand why I've never been able to put faces together. It's a cognitive disorder. I always felt ashamed that I can't recognise faces. I recognise voices.” 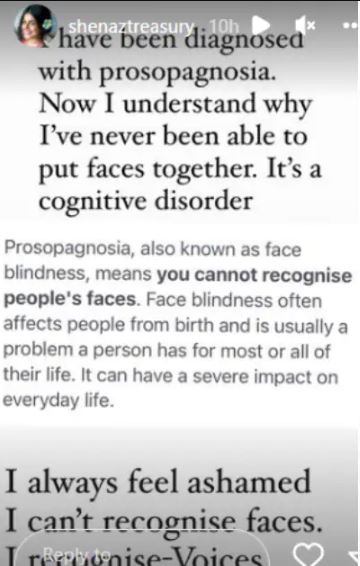 In her next story, Shenaz wrote about the signs and symptoms of Prosopagnosia, which she has been going through for a significant amount of time. She explained how she was unable to recognise even a close friend or a family member, and it usually took a minute to register the person in her mind. She added:

“Signs and symptoms of face blindness/prosopagnosia. 1. You have failed to recognise a close friend or family member, especially when you weren't expecting to see them. Yes, that is me. Takes me a minute to register who the person is. Sometimes even a close friend I haven't seen in a while."

Suggested Read: Rakhi Sawant Shares Her Desire To Become A Mother, Reveals The Baby Can Come Even Before Marriage 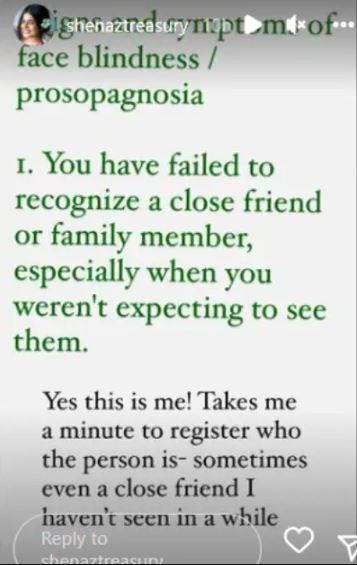 Further, in another story, Shenaz mentioned that due to this disorder, she used to fail to recognise someone, which in turn made her feel aloof. She shared that these things have happened to her. Then, calling it a 'real brain issue', she concluded:

“You have difficulty recognising neighbours, friends, coworkers, clients, schoolmates. People you know expect you to recognise them. Failing to recognise someone might make you seem aloof. Many sufferers report losing friends and offending coworkers because they have failed to recognise them. This is me. So you confuse characters in movies or on television more so than other people? Yes, I do. I can't tell the difference if two characters have the same height and build and hairstyle. So now please understand that this is a real disorder and not me being aloof or snobbish.” 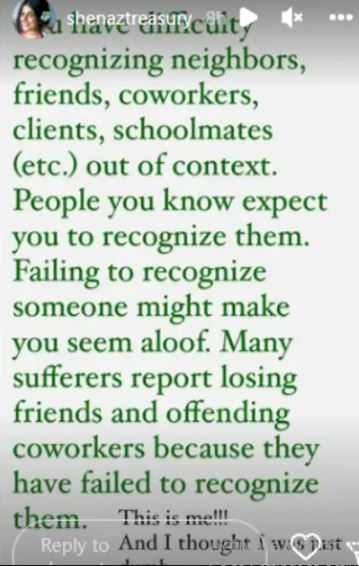 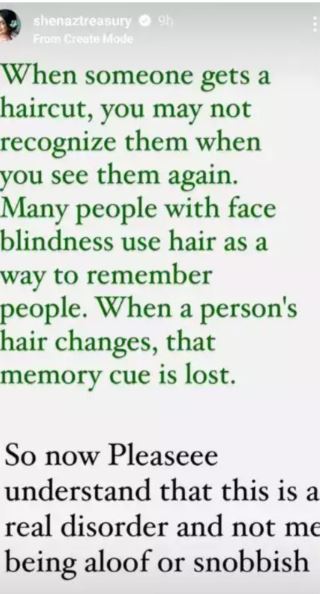 Shenaz's way of dealing with the rare disorder with full strength and spirit is truly inspirational. What do you think?

Next Read: Meena's Husband, Vidyasagar Passes Away At 48, Family To Perform His Last Rites In Chennai At 2 PM