No matter how old we get, our fathers will always be our first love. Scroll down to see an unseen picture of Mukesh Ambani and his daughter, Isha Ambani's dance! We truly believe that behind every great daughter is an amazing father, who believed in all her dreams and helped her achieve them. Since the very young age, he sets the right standard for every man that enters her life. He treats her like a princess and teaches the skills of a warrior, so that when the time comes, she can fight for what she believes in. And an exactly similar relationship is shared between India’s richest man, Mukesh Amban and his daughter, Isha Ambani. (Recommend Read: Sameera Reddy Shares Picture From Her Maternity Shoot, Reveals How She Is Feeling In Last Few Days)

It is said that daughters soften the hearts of their father, and we all agree with it, as we have seen our fathers melt on our single demand and a sly smile. And businessman, Mukesh Ambani had shown his immense amount of love when he called Beyonce for her daughter's sangeet night. 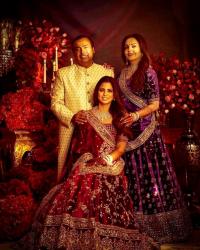 And while we are still starstruck from Isha ki shaadi, we got hold of her adorable picture with her daddy cool, Mukesh ji. In the candid picture, we can see them dancing together while Isha smiles for the camera. Take a look at the picture below:

Well, Isha's wedding had left a huge impact on the Ambani family and made the entire family emotional. And so everyone in the family did something special to make it a lifetime memory. However, it was her daddy, Mukesh ji's speech that still echoes our heart. On her engagement day, he read out the words he had penned straight from his heart. He had said, "The last weekend, thanks to our dear Isha, has been a whirlwind and a surprise for all of us and we are still recovering from it." Check out the complete speech below:

Isha, who is another pillar of the Reliance Foundation, had talked about her journey, in an interview with Vogue. She had shared, "Growing up, we knew Reliance was creating changes that were big for our country. The India narrative was a strong theme for us while growing up. And coming to the office was not something that started for me at a certain time—I was always here. But it wasn't an obligation or expectation, it was just something we were raised to want to do. I wanted to take my father's legacy forward and realise his dreams." (Also Read: Rajinikanth's Grandson Ved Imitating His 'Petta' Pose Will Make You Say 'Like Grandpa Like Grandson') 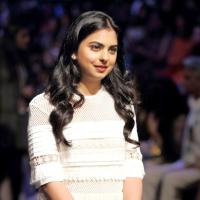 In the same interview, she had revealed that all the dedication and love for work, she has imbibed from her parents, "I think it's just the pace of life I've seen and lived all my life. I don't know if my parents have known another pace. To be honest, if anything, it has slowed down for them from what it used to be. Like in my growing-up years in Jamnagar, when it was still early days for Infocomm, when everything was being birthed… one can't imagine the dedication and perseverance I have seen [in my parents]. In many ways, what you grow up seeing is what you become. We've seen that happiness comes from work." 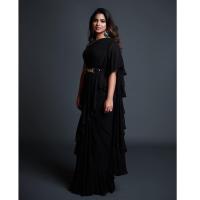 The starlet had also talked about her life while growing up and had stated, “While growing up, I never felt different from my peers and classmates. I think there are very few people who have tried to be friends with me because of fame or prominence. When I was studying and working abroad, I was pretty much anonymous. It would be naive to say that I’ve never come across such sycophants, but I always try and see the good in another person and assume their best intentions. I haven’t come across a “yes” person, who agrees to everything I say.” 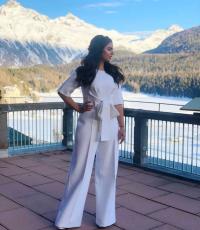 She had further added, “We are very normal. It may sound weird to some people, but I do believe that we are ordinary in the sense that we live like everyone else—my family, our relationships—we are very close, grounded, and our relationship is based on love. My parents have had the same friends since I was born. And it’s the same with Akash, Anant and I. Of course, we have some new friends, but our core group has pretty much remained the same. In that sense we’ve been very lucky to be surrounded by real people who tell you the tough things in life if they have to.” (Don't Miss: Arjun Kapoor's 34th Birthday: Anshula, Janhvi, Anil, Sonam, Rhea, Anand, Karan Post Heartfelt Wishes)

We love Isha and Mukesh's cute picture! What about you?