Aamir Khan's daughter, Ira Khan enjoys his 19-year-old song and talks about a major detail of the song. Scroll down to know more!

A father-daughter’s relationship is made out of love and protection. They are like “Tu dil, main dhadkan” because that is how their hearts sync. No-matter how much they might have opinion clashes, but for every girl, her father will be her ideal man and her first love. And Bollywood has given us major father-daughter goals as we get to witness some friendly bond between them. One such example is the bond between Aamir Khan and his daughter, Ira Khan from first wife, Reena Dutta. (Also Read: Sara Ali Khan And Ibrahim Ali Khan Cycling In The Rains During Monsoon Is Every Brother-Sister Ever)

Despite all the fiasco of Aamir Khan getting re-married to Kiran Rao, the half-siblings, Ira and Azad and Aamir’s ex-wife and current wife share a great bond. Ira Khan had moved into a new home in the first week of July, making her father feel super proud of her. She had marked the beginning of her adulthood phase by posting three pictures on her IG handle and had captioned them as "Look at my new home #movingout #myspace #firsttime #newbeginnings #milestone #cantwait #lettheadultingbegin #manvshouse." Since then, Ira has been enjoying her adulthood and sharing some glimpses of the same. Now, Aamir Khan’s daughter, Ira Khan has taken to her IG stories to share a glimpse of her time in her new home. Ira shared a video, in which, she can be seen enjoying her father, Aamir’s song ‘Koi Kahe Kehta Rahe’ from his movie, Dil Chahta Hai. She was enjoying her father’s song while watching it on her laptop and her focus was shifted on the red leather pants that her father was wearing. Sharing the video, she wrote, “Please notice the leather pants. 19 years! @_Aamirkhan” atop it. Take a look: 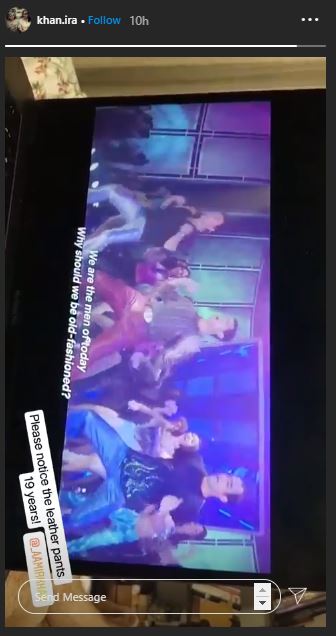 A few days back, when Ira was at her daddy’s house, Aamir had decided to make a cameo in his daughter, Ira's workout video. Although he had not joined her for the workout, he had definitely waved a 'hi' for her fans. For those who don't know, David Poznic had trained Aamir Khan for his films, Dhoom 3 and PK. In the video, shared by Aamir's fan page, we could see Aamir crashing in her daughter's workout video and David had asked, "Do you want to do some push-ups, handstands and squats with Ira?" The actor had refused and had just waved a ‘hi’ and Ira had said, "Next time, I will force him." (Don't Miss: Sakshi Dhoni Shares Adorable Pictures Of Ziva Holding A Newborn Baby, Did She Become A Big Sister?)

Ira Khan shares a lovely relationship with her step-mom, Kiran Rao, in fact, the latter also equally loves her like her own daughter. On the occasion of Eid 2020, Ira had surprised her fans and family by draping a saree which was apparently a gift from her step-mommy, Kiran. Ira had taken to her Instagram handle and had posted a couple of pictures in a beautiful red saree. She had revealed how she had tried to drape the saree first time on her own and her caption could be read as "Eid Mubarak! From me and my successfully-self-draped-saree to you!" Ira in her comments had also revealed that the saree was a gift from her step-mom, Kiran Rao. 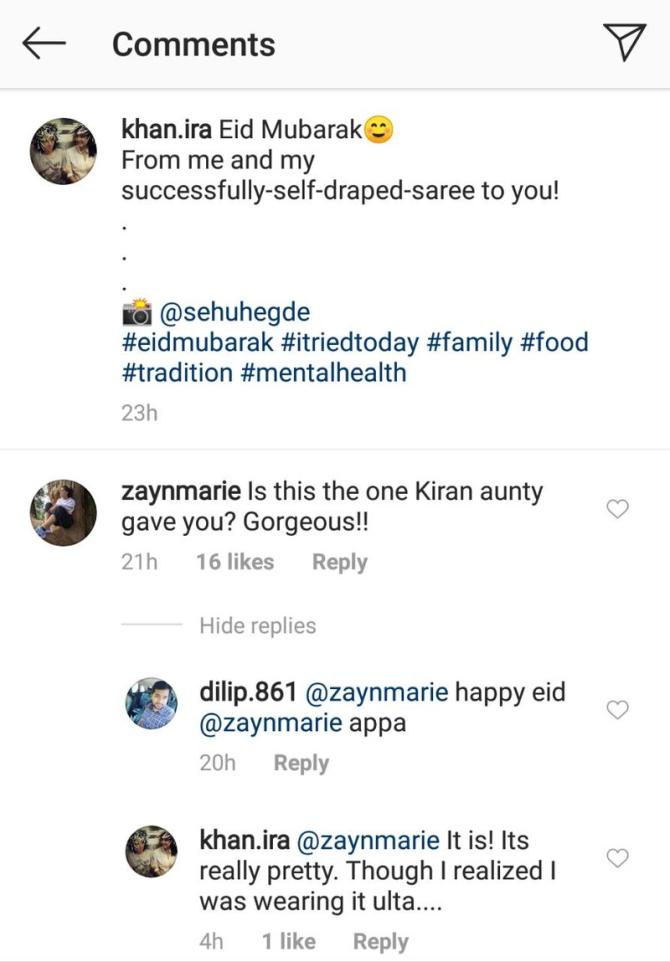 During the lockdown, Ira Khan was spending her time with her father, Aamir Khan, his wife, Kiran Rao and their child, Azad. On May 23, 2020, Ira had taken to her Instagram handle and had shared a picture from her playtime with her stepbrother, Azad Rao Khan. Ira had called her eight-year-old half-brother, Azad her “quarantine buddy”. Ira had shared a monochrome picture with Azad, where Ira’s lips were bright red as she had made a pout, whereas, Azad had covered his mouth with his hand as if he was trying to avoid the filter used by his sister. (Recommended Read: Rana Daggubati's Wife, Miheeka Bajaj Radiates New Bride Glow As She Performs 'Satyanarayan Puja')

What are your views about Aamir Khan’s red leather pants in the song, ‘Koi Kahe Kehta Rahe’?

Aamir Khan Is The Best Dad As He Plays Football With Son, Azad Khan In Mumbai Rains, Watch VIDEO 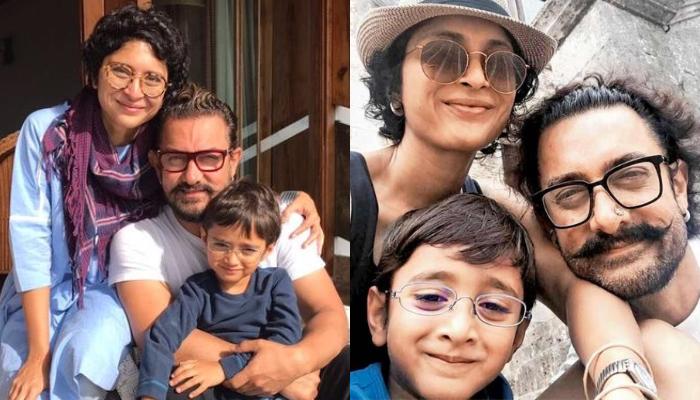 Aamir Khan is a complete family man who loves spending special days with his close ones. From celebrating birthdays together, relishing mangoes with his boy, Azad Rao Khan, to turning into a makeup artist for his dearest daughter, Ira Khan, Aamir is the coolest dad ever. He is known as