Former Indian cricketer, Harbhajan Singh shared a glimpse of his virtual Karwa Chauth celebrations with his wife, Geeta Basra. He regrets not being there with her.

After a long courtship period, former Indian cricketer, Harbhajan Singh and Bollywood actress, Geeta Basra had taken their relationship to the next level by tying the knot on October 29, 2015, in Jalandhar. Owing to Harbhajan's roots, it was a big fat Punjabi wedding and their royal wedding reception was a star-studded one in the presence of not only the renowned industry stars and cricketers but the Prime Minister of India, Narendra Modi.

Since their wedding, Harbhajan Singh and Geeta Basra have been painting the town red with their camaraderie. After a year of marital bliss, on July 27, 2016, a stork had visited the cute couple, and they had welcomed a little angel in their lives, whom they have lovingly named Hinaya. However, after enjoying parenthood with Hinaya, Harbhajan and Geeta were blessed with a baby boy in 2021, and they have named him Jovan Veer Singh Plaha. 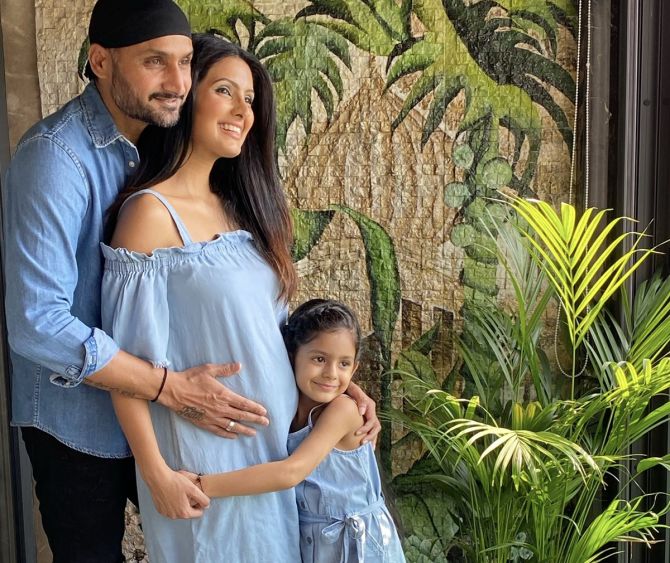 On October 24, 2021, Harbhajan Singh shared a glimpse of his virtual Karwa Chauth celebrations with his wife, Geeta Basra, on his IG handle. For those who don't know, he is busy with the T20 World Cup and therefore couldn't make it to celebrate this special day with his wife. Sharing a screenshot of his video call with Geeta, the doting husband wrote, ''I wonder why on such days u r not physically present with ur soul mate@geetabasra #karwachauth.'' 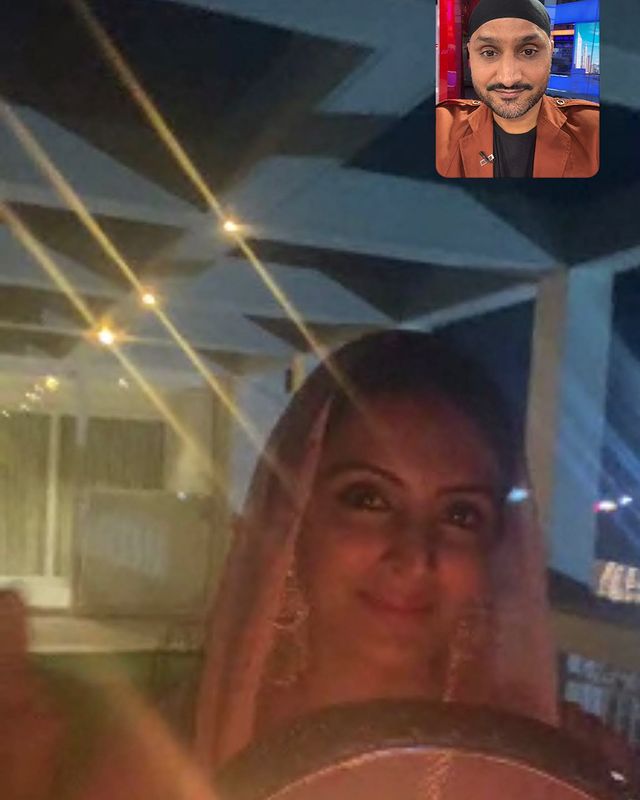 On the other hand, Geeta Basra also shared a glimpse from her Karwa Chauth celebrations. The star wife looked stunning as she donned a peach coloured salwar suit and donned a dupatta over her head. In one IG story, she can be seen breaking her fast as the moon rose and someone from her family held the mobile phone in front of her. Check it out below:

Suggested Read: Rahul Vaidya Misses His Wife, Disha Parmar On Their First Karwa Chauth, She Stuns In A Red Saree 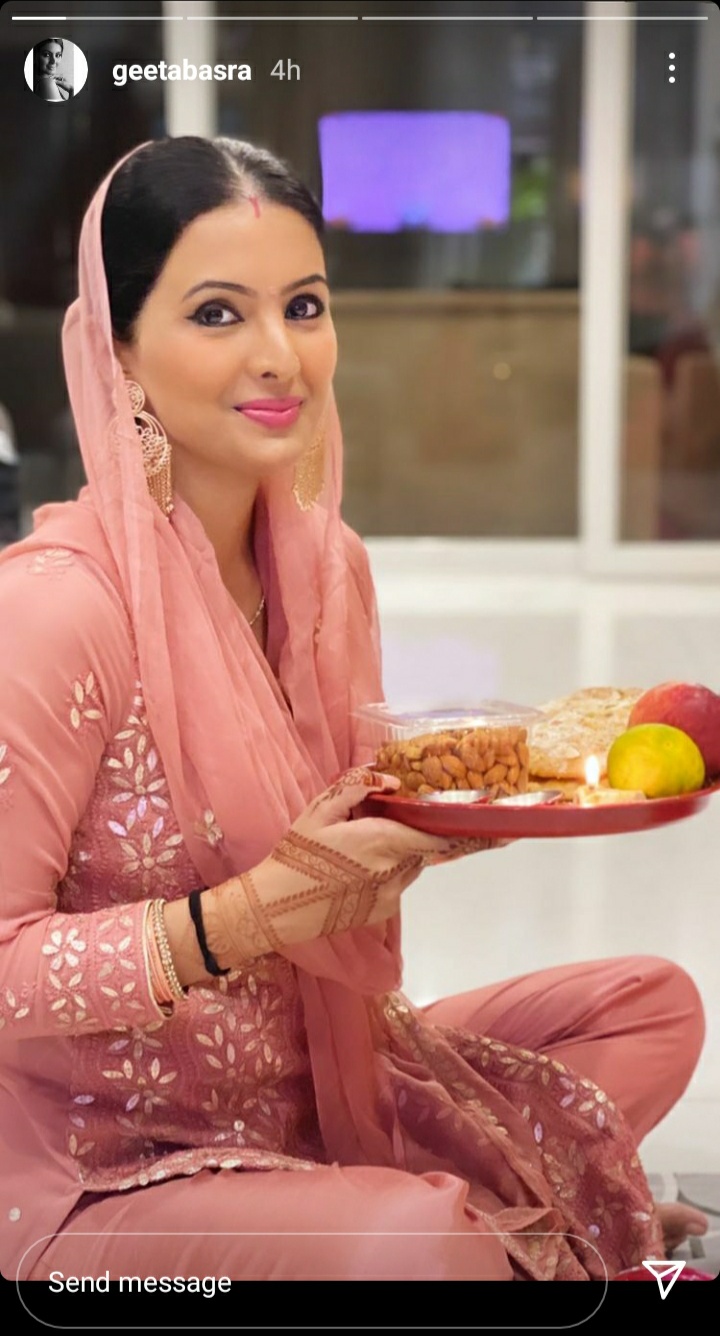 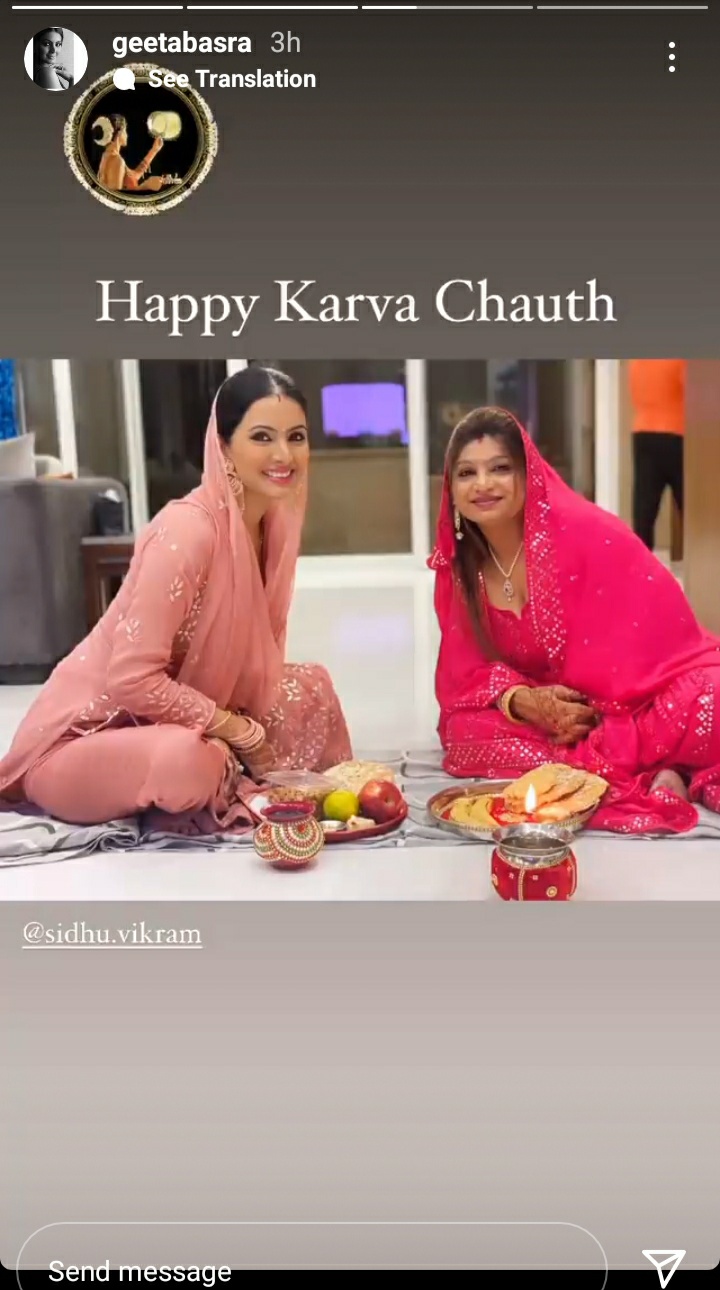 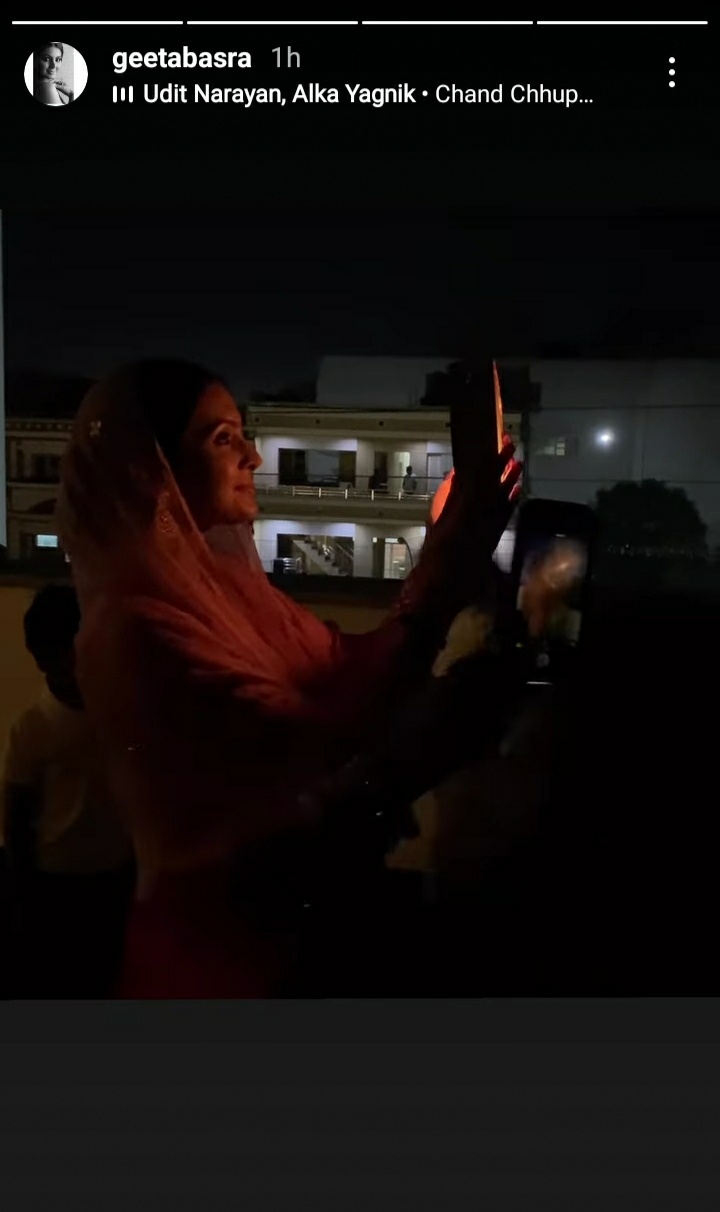 A few days back, Geeta Basra had taken to her Instagram handle and had shared a cutesy picture with her dearest husband, Harbhajan and their kids, Hinaya and Jovan. In the picture, the family of four could be seen seeking blessings at a Gurudwara and it was indeed a sight to behold. While the doting father had carried Jovan in his arms for the darshan, Geeta had her hand on Hinaya's shoulder. She had captioned the picture with folded hands emoticon. 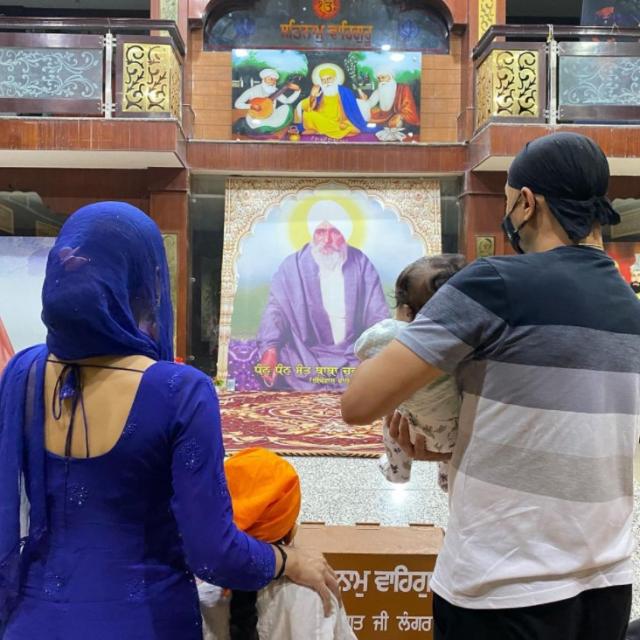 On October 29, 2020, Harbhajan had shared a mesmerisingly beautiful video from his wedding with actress, Geeta Basra. The couple had looked stunning on their wedding day in their respective attires. Along with the video, Harbhajan had written, "Wedding night Time flies yes it does 29/10/2015... 5 years togetherness @geetabasra #anniversary" in the caption. On the other hand, his doting wifey, Geeta had also shared the same video on her IG handle and had written, "Togetherness" followed by an array of red heart emoticons.

The way Harbhajan and Geeta celebrated their Karwa Chauth despite being miles apart, stole our hearts!