Farhan Akhtar wished his bae, Shibani Dandekar on her birthday in the sweetest manner. Scroll down to check it out!

The Rock On actor, Farhan Akhtar, had ended his 17-year long marriage with hairstylist, Adhuna Bhabani and had given love another chance when he had met Shibani Dandekar. The two had kept their relationship under wraps for a long time and had revealed it in the most creative way. (Recommended Read: Kushal Tandon Rubbished The Rumours of Dating Ankita Lokhande After Her Breakup From Sushant)

Shibani had posted a picture of herself on her Instagram handle, walking hand-in-hand with a mystery man. The face of her man was not visible. Soon after, speculations had begun about who is the mystery man in Shibani Dandekar's life. It was on September 1, 2018, when Farhan had shared the same picture on his Instagram account, it had put the speculations to rest and had proved that the two are in a relationship. 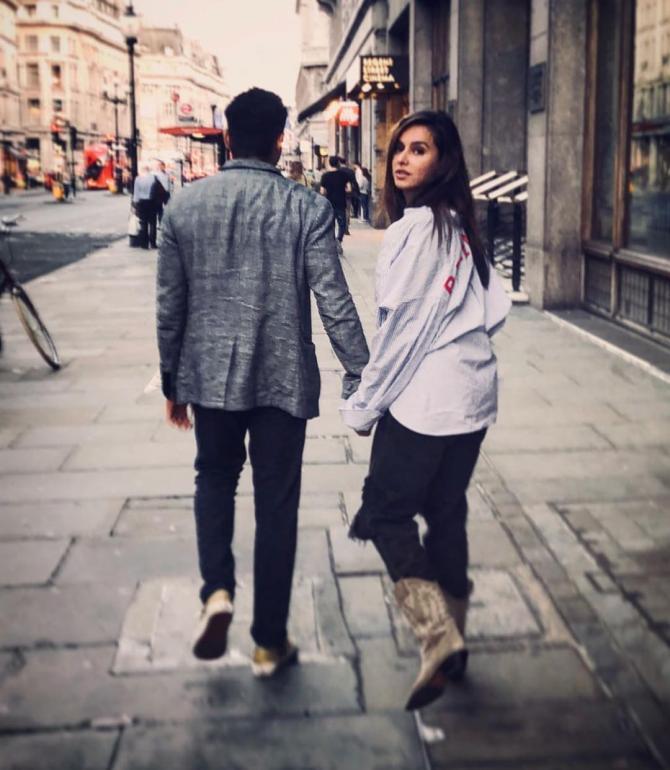 On August 27, 2020, Farhan Akhtar took to his IG handle to wish his bae, Shibani Dandekar on her birthday. He shared a beautiful picture of the couple twinning in black outfits. Shibani can be seen leaning on her beau's shoulders. Farhan wrote a sweet note for his girlfriend, Shibani in the caption which can be read as "You'll always have my shoulder to lean on. Happy birthday @shibanidandekar .. love you." 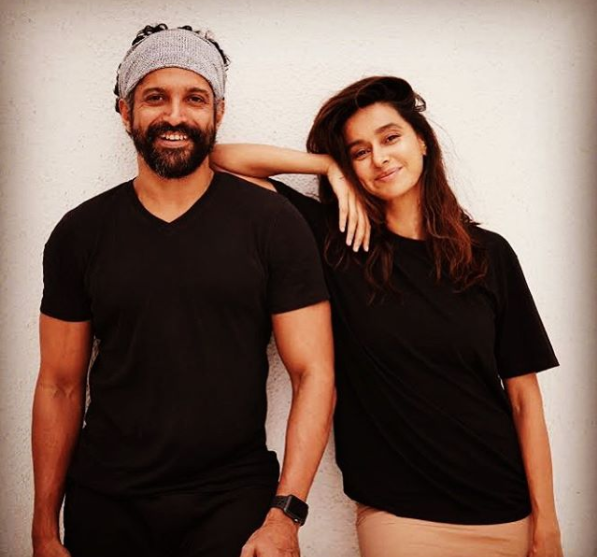 On Farhan Akhtar's birthday (January 9, 2020), his girlfriend, Shibani Dandekar, had wished him in the most romantic manner. Shibani had posted an unseen picture with the actor on her IG handle, and along with the photo, she had written, "Happy birthday my better half... thank you for all the magic, laughter and love you have brought to my life... you are one of the most beautiful souls I have ever met, and the world really needs more like you! I've never met anyone as kind, as attentive, as selfless, as brave and as focused as you… Just being around you has taught me so much (mainly patience!!)." On July 26, 2020, Shibani Dandekar had hosted a fun Q&A session with her fans and followers on her IG handle. The most common question that a lot of fans had asked from her was to describe her boyfriend and actor, Farhan Akhtar. Shibani had given an adorable answer which had said, "Literally the most artistic, intelligent, creative person I know! Writer, director, actor, producer, singer, I can't decide as skill level and vision are beyond. What a mind." (Also Read: Neil Nitin Mukesh's Daughter, Nurvi Wears Her First Saree For Ganesh Puja, Dances On A Marathi Aarti) On June 21, 2020, we had witnessed snippets of Farhan Akhtar and Shibani Dandekar's lunch date with the latter's family. Farhan's step-mother, Shabana Azmi had taken to her Instagram handle to share the video of meal fest organized by her and Javed ji. In the video, we could see Shabana ji celebrating the reunion of her family and friends. Shibani Dandekar was seen sitting right next to Farhan Akhtar, who could be seen sitting next to his father, Javed Akhtar. Along with the video, Shabana ji had written, "When with family its always about food!"

In an interview with the Mid-Day, Shibani had addressed her relationship with Farhan and had said, "We are public figures, so people are entitled to say what they want to. But I don't care about their opinion. I'm aware of who I am, and I'm comfortable with whom I choose to date." She had further added, "I am not secretive, but I don't feel the need to say things out loud. It's up to me to decide when and what I want to share about my personal life, and it is up to the audience to decide how they look at it. How much information I want to put out in the public domain is my prerogative." (Don't Miss: Choreographer Punit J Pathak Gets Engaged To Longtime Girlfriend, Nidhi, Shares Engagement Pictures)