Dulquer Salmaan is the dream man of every woman. On September 4, 2020, the actor shared an unmissable birthday wish for his wife, Amal Sufiya.

Lucky are those who get married to their soulmates. Mollywood actor, Dulquer Salmaan is one of them, who has found love in arranged marriage. The chocolate boy of the Malayalam film industry, Dulquer is the son of megastar, Mammootty and like his father, Dulquer too enjoys a huge fanbase. And just like his father, the handsome actor had gotten married in an early phase of his life, and before entering the glamour world. After making his debut in 2012, Dulquer had become a star overnight and the news of him being already married had come as a surprise for his female fans. (Also Read: Dipika Kakar's Hubby, Shoaib Ibrahim Is Unwell, The Doting Wife Pampers Him With His Favourite Food)

On December 22, 2011, Dulquer Salmaan had tied the knot with Amal Sufiya, who is an expert in interior designing. Dulquer’s marriage was fixed by his parents and according to the reports, his mother, Sulfath had given the final approval for Amal Sufiya after meeting her at a few social gatherings. The Zoya Factor actor has always stated how lucky he considers himself to be married to the most beautiful girl. Dulquer had also confessed of never falling for anyone before meeting Amal.

Is Dulquer Salmaan's Wife, Amal Sufia Insecure About The Female Attention Her Husband Gets?

Dulquer Salmaan Pens A Poem For Daughter, Maryam On Third Birthday Wondering Why She Grew Up So Fast 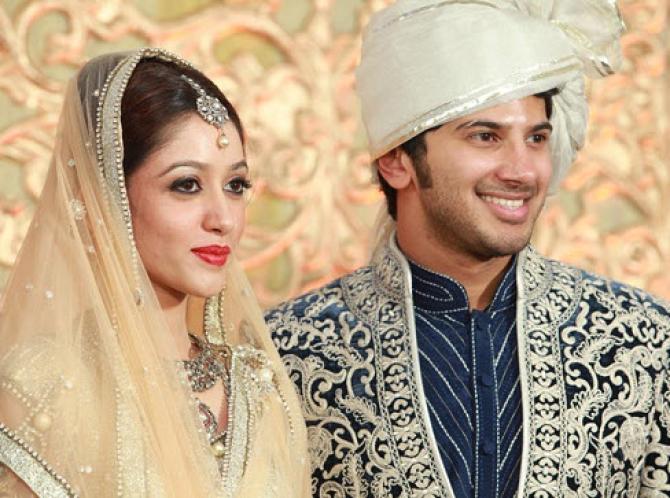 On September 4, 2020, Dulquer took to his IG handle and shared a lovely birthday wish for the ‘rock’ of his life, Amal Sufiya. Sharing adorable pictures with his ladylove, Dulquer wrote, “Wishing you the happiest birthday my Am!! The best thing that happened from the lockdown is the time we got to spend, especially you me and marie. Times ill cherish for life. From our favourite shows to playing roles in Marie’s fairytales it’s been as special as could be. Thank you for being my rock. And for giving me M. Happy happy birthday again baby.” 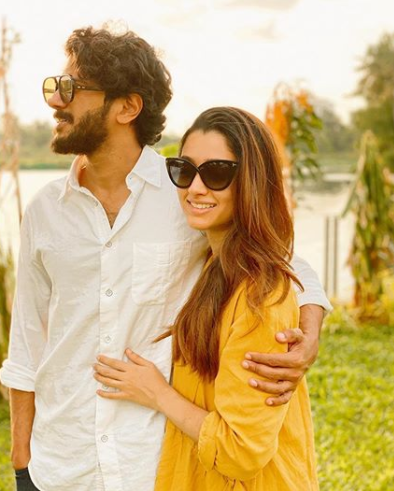 In 2018, Dulquer had shared a heartmelting wish for Amal. He had taken to his IG handle and had shared a beautiful picture with Amal as she was all set to cut her birthday cakes. Along with the picture, he had written, “Wishing my dearest Am the happiest of birthdays ! It's a big birthday this year and I love seeing how much you've grown since we first met. From fresh college grad to a young wife to a new mother. You sacrificed and endured so much to give me the biggest gift of my life. And no matter what, I can never do half of what you do on a daily basis from when we knew we were having M. You inspire me to become better and are the voice in my head even if I'm a lost boy who doesn't want to grow up. But no matter how lost or juvenile I am, there's no one I'd rather grow old with than you Amaal Salmaan. You're the love of my life and the mother of my child. I love how that sounds and say it in my head everytime we have a fight! Ok this is turning into some open love letter. Happy birthday baby.” (Also Read: Chhavi Mittal's Husband, Mohit Hussein Pens A Lovely Wish For His Darling Wife's Birthday) 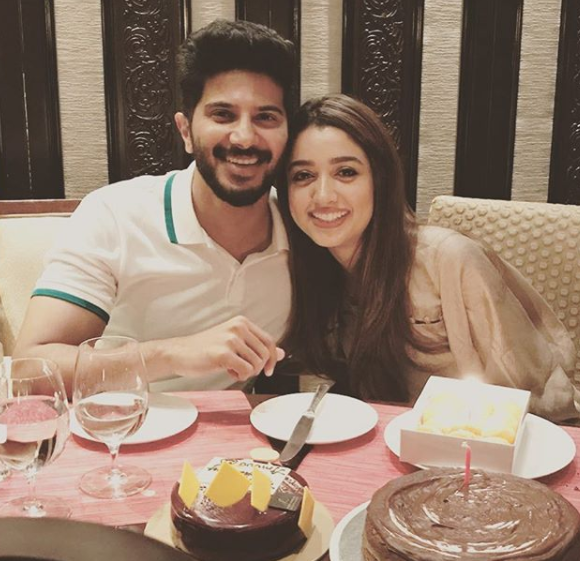 Dulquer has always considered his wife as his best friend and feels that he is the luckiest man to get such a beautiful wife. She, according to him, has not only managed his house well but also is also a doting mother to their daughter, Maryam. In 2016, on their 5th wedding anniversary, Dulquer had shared an adorable picture of his wife, Amal and had written, “How you married a cartoon like me I'll never know! But thanks, baby! Happy Anniversary!! 5 years flew by like 5 blinks! I'm so sorry I'm not home this year. I promise to make it up to you when I get back.” 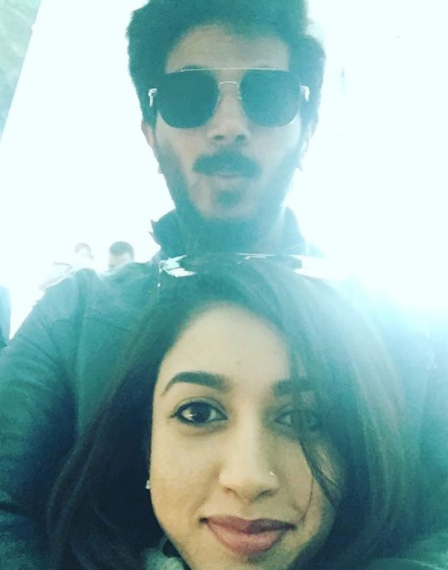 On April 5, 2017, Dulquer and Amal had become proud parents and had welcomed their little princess, Maryam Ameerah Salmaan. Dulquer, who lovingly addresses his daughter as ‘M’ is a very protective father and makes sure to keep his little bundle of joy away from media glares. (Also Read: Sushant Singh Rajput's GF, Rhea Chakraborty's Brother, Showik Confesses Procuring Drugs For Her) 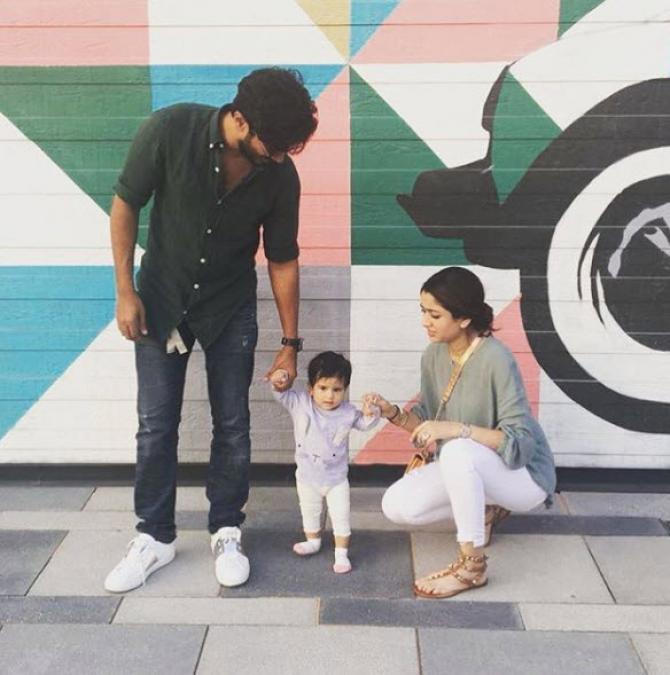 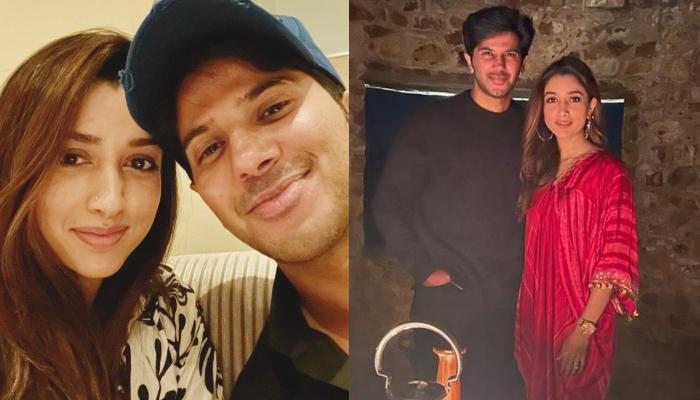 Indian actor, Dulquer Salmaan completed ten years of marital bliss with his darling wife, Amal Sufiya. To wish her, the Malayalam industry’s chocolate boy penned a lovely note. Dulquer and Amal got married on December 22, 2011. In May 2017, the couple had embraced parenthood with the arrival of their

Is Dulquer Salmaan's Wife, Amal Sufia Insecure About The Female Attention Her Husband Gets?