Drashti Dhami and her hubby, Niraj Khemka give major couple goals to the millennials. She was seen grooving with hubby, Niraj as the two rehearsed a dance number for her 'nanad's' sangeet.

What is the best part of having a sister-in-law in your life? It is a sheer delight in the form of a sister with whom you can share clothes and make up and indulge in late-night gossips. For every bride, having a sister-in-law is a blessing in disguise. When a newly-wed enters her sasural, her only confidant there is her nanad, who makes sure that her bhabhi is comfortable in her new home. She stays with her bhabhi helping her understand everything about her new family. A similar bond is shared between Drashti Dhami and her nanad, Shivani Khemka. (Also Read: Shweta Tiwari Twinning With Her Kids, Palak Tiwari And Reyansh Kohli At A Wedding Is Winning Hearts)

Drashti Dhami and her hubby Niraj Khemka are a match made-in-heaven and always share love-filled pictures on their respective Instagram handles. The gorgeous actress had met the man of her dreams, Niraj Khemka and after dating for some time, the two had tied the knot with each other on February 21, 2015. According to rumour mills, Drashti and Niraj’s love marriage was arranged by their parents and one look at their Instagram feeds proves that the two are madly in love with each other. Their PDAs and adorable pictures give major couple goals to the millennials. Currently, Drashti is all set for her nanad’s wedding and is busy preparing herself for the same. Drashti Dhami is busy with her nanad, Shivani Khemka’s wedding preparations as she was seen practising a dance number with her hubby, Niraj Khemka for the sangeet ceremony. On February 25, 2020, Drashti was seen grooving to the dance number, Chunari Chunari while her husband, Niraj was trying hard to recall the steps. Take a look at the adorable video: 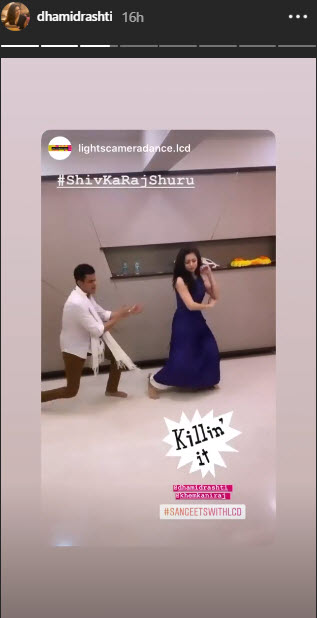 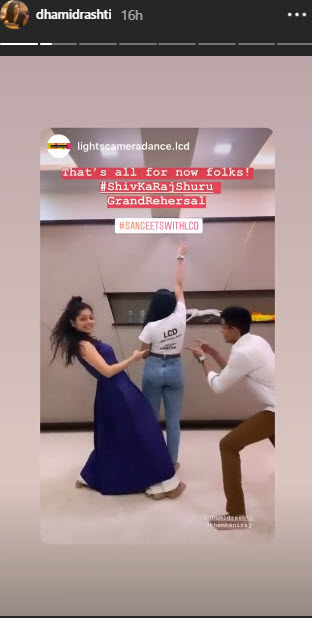 On February 21, 2020, Drashti and Niraj had completed five years of togetherness. The actress had taken to her Instagram handle and had shared a liplock picture from one of their vacations. Along with it, she had written a heartfelt note for Niraj that could be read as "Man o to @khemkaniraj. Loved you then, Loved you still, Always have! Always will! Happy 5 years to us! Happy anniversary baby." (Also Read: Radhika Merchant's Yellow Anarkali For Sister's Mehendi Ceremony Will Make You Say, Hello Sunshine!) 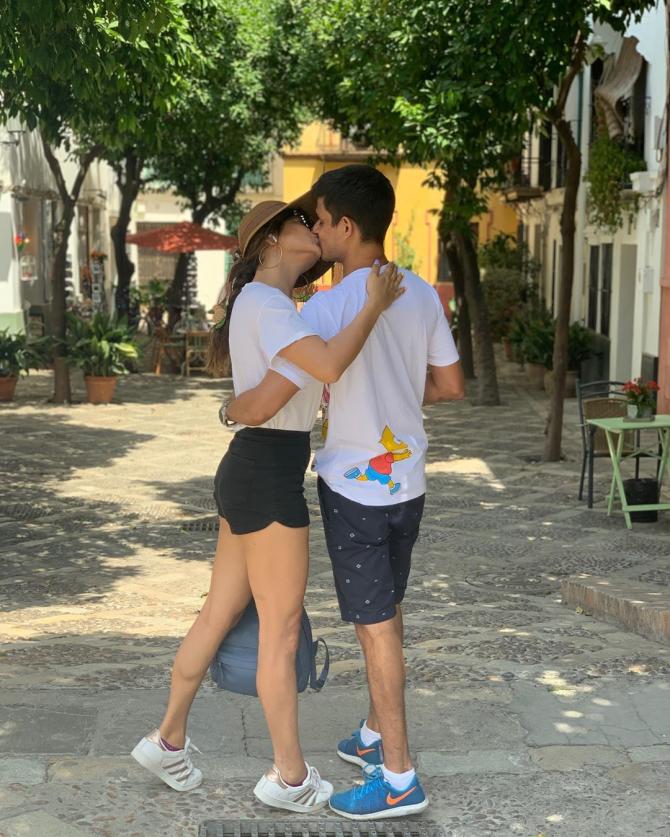 Drashti made a comeback on television with her serial, Silsila Badalte Rishton Ka after taking a break for one year post the serial, Pardes Mein Hai Mera Dil. Drashti had broken many hearts when she had decided to tie the knot with Niraj. Soon after their wedding, there had been rumours about the couple expecting their first child. Drashti had refuted all the rumours and had called the speculations baseless and untrue. Drashti is a doting wife who loves cooking for her husband. In an interview with The Times of India, Drashti had shared the same and had revealed, "I like cooking for him, but I don’t usually get time for it. It’s just that everyone in my house is on a diet, so there’s no point cooking. But yes, when I get time, I cook his favourite food items for him and he enjoys it." In an interview with TellyChakkar, Drashti had talked about marrying a non-actor and had stated, "I always wanted to marry a non-actor as I have very limited friends in the industry. The very close ones are Sanaya Irani and Nakuul Mehta." She had further talked about him, "Niraj is a very private person and camera shy. One can never expect us participating together in a reality show." In the same interview, Drashti had also shared how much she loves her in-laws and had said, "I gel with my in-laws very well. We eat, play games and watch movies together. Off lately we have been watching our wedding albums and videos. If my father in law doesn’t meet me for three days I get a sweet message from him. My mother in law loves me very much whether I am on-screen, off-screen, pulling his son hair (laughs)." (Also Read: Aly Goni's Rumoured Girlfriend, Jasmin Bhasin Wishes Him On His 29th Birthday With A Cute Picture) What do you think about Drashti and Niraj’s dance moves? Let us know. Famously known as ‘Muskaan Chaddha’ from the serial, Dill Mill Gaye, Drashti Dhami is a popular face of the telly world. After dating her businessman beau, Niraj Khemka for three-and-a-half years, the adorable couple had tied the knot on February 21, 2015 in Mumbai. Since then, the two never miss an