Drashti Dhami's hubby, Niraj Khemka turned a year older and the beautiful actress shared a picture from one of their vacations to wish him.

Famously known as ‘Muskaan Chaddha’ from the serial, Dill Mill Gaye, Drashti Dhami is a popular face of the telly world. After dating her businessman beau, Niraj Khemka for three-and-a-half years, the adorable couple had tied the knot on February 21, 2015 in Mumbai. Since then, the two never miss an opportunity to shower love on each other. Today Niraj turned a year older and Drashti penned an adorable birthday wish for him.

Drashti is quite active on social media and often shares glimpses of her perfect married life. Last year on Niraj’s birthday, Drashti had taken to her IG handle and had shared a lip lock picture to wish him. In the picture, Drashti was seen kissing Niraj on one of their holidays and it was a sight to behold. Along with the picture, Drashti had written, “Happy birthday hubby @khemkaniraj. You are the love of my life and the biggest pain in my ass! I love u so much!!” A few moments back, Drashti took to her IG handle and shared a lovely picture with Niraj where the two looked cute as they posed for the camera. Along with the picure, Drashti penned a heartmelting birthday wish for him, which can be read as “Happy bday to my bouy @khemkaniraj. Hope u have a fabbbbbbb day and u celebrate this day surrounded by the people you hold most dear (offcourse that ME) love u baby!!!!! Letsssss kill it tonight!!!! You and me.” 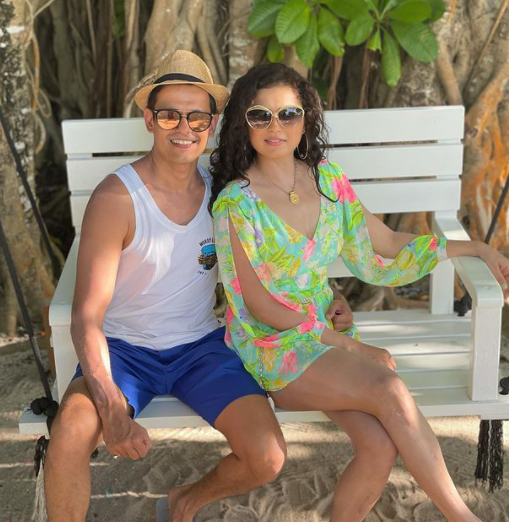 On February 21, 2021, Drashti Dhami and Niraj Khemka had completed six years of marital bliss and had poured heartmelting wishes for each other. Drashti had taken to her IG handle and had shared a stunning picture from their Maldivian vacation, where Niraj was seen lifting her in his arms. Along with the picture, Drashti had written, “Happy 6 anniversary my baby!!!!! Baby we r 6 today and I love it!!!! Still feels like we got married just yesterday! Thank u for that..... you and me and I Dnt think we need the rest!! I think I can really be stuck on an island with you n still b happy. I Knw it’s tooooo soon but I can try that every year n I think my answer would still be the same! Love u baby soooo much! Thank you for being you n being mine… happy 6 again @khemkaniraj.” On the other hand, Niraj had shared a picture where Drashti was seen hugging him which he had simply captioned as “Forever” followed by a heart emoticon. 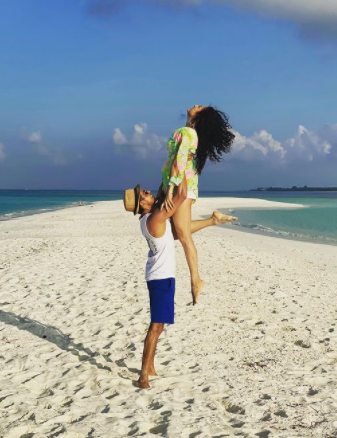 Drashti had made a comeback on television with her serial, Silsila Badalte Rishton Ka after taking a break for one year post the serial, Pardes Mein Hai Mera Dil. Drashti had broken many hearts when she had decided to tie the knot with Niraj. In an interview with Pinkvilla, she had talked about her husband's traits and had quoted, “It is not private. More than anything else, I don’t know how to make it more public. I don’t find a need, it is like a normal relationship which everyone shares with their better halves. Even Niraj, he is a very camera-shy guy. When I tell him there will be media outside, he runs off, he never comes with me for events, he says “baby I don’t want to see the camera yaar. I get very conscious (laughs).” 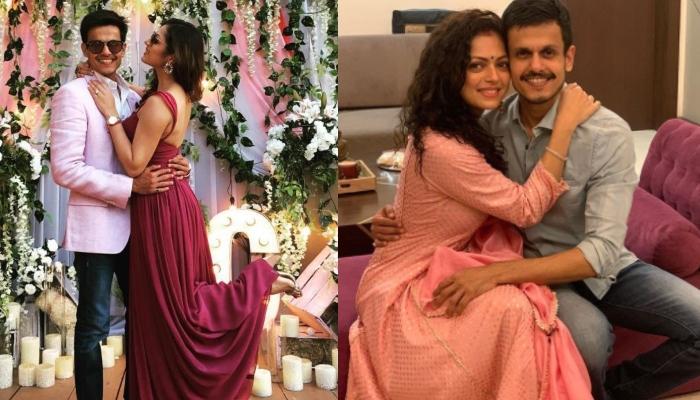 The feeling of having someone, who loves you unconditionally cannot be expressed in mere words. Love is the most amazing feeling and when two people are madly-in-love with one another, they find happiness in their own bubble and doesn’t care about the outer world. And one such adorable couple is