Divyanka Tripathi Dahiya goofs around hubby, Vivek Dahiya as she clicks a candid picture of him yawning while he's not looking. Check out the funny pictures inside!

Divyanka Tripathi Dahiya and Vivek Dahiya were our favourite television couple since always and ever since the lockdown has been imposed, we're practically drooling over their adoral PDA moments and hilarious gimmicks with each other, on their social media handles. Vivek and Divyanka leave no chance of pulling each other's leg and shower love on each other at the same time, which is pretty evident from their social media handles. (Recommended Read: Gauri Pradhan and Hiten Tejwani Celebrate 16 Years Of Marital Bliss, Cut A Homemade Cake With Family)

So what's latest, well, as we all know Divyanka to be a little mischievous, she loves goofing around Vivek and leaves no chance of teasing him. Their amazing chemistry makes us forget about all the gloominess around and douse us with utter bliss. Check out how Divyanka clicked a candid picture of Vivek when he wasn't looking and what was his reaction! On April 29, 2020, Vivek Dahiya took to his Instagram handle to bring to us one more instance of their quirky charades that he and his lovely wife, Divyanka Tripathi Dahiya try on each other. Vivek shared two pictures of himself, sitting on his couch, reading. What was special about those pictures? Well, the doting wife, Divyanka had clicked both the pictures, one of which when Vivek was fully aware of himself being clicked and gave a nice pose as well. The other when he wasn't looking and Divyanka had slyly clicked a picture of a yawning Vivek. Such adorable goofballs they are, no wonder Divyanka and Vivek are amongst the most sought-after couples of the television industry! Vivek captioned those pictures as "When I’m aware of being clicked v/s not. Your choice of preference? #LifeUnderQuarantine #QuarantineSeries #CompleteLockdown." Take a look at the pictures here: 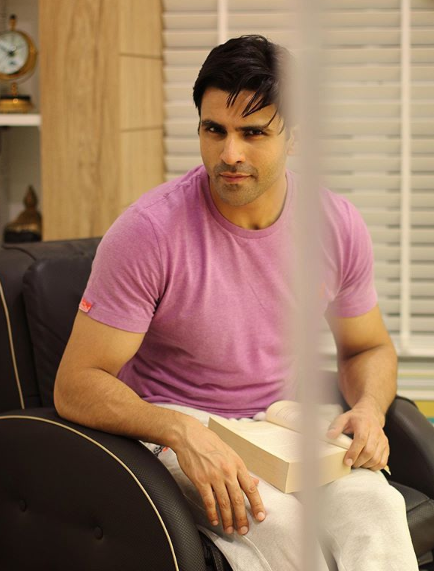 The doting wife, Divyanka leaves no chance to adore her husband and to make him feel special. She has resorted to cooking and treats Vivek with a new wish every day, while in quarantine. On April 28, 2020, Divyanka had tried her hands at cooking missi roti for husband, Vivek, and had shared a full video of herself doing so on her Instagram handle. Alongside it, she had written, "Long lost/forgotten dream comes true! Finally..I gathered courage to knead dough and roll out #MissiRotis! And the taste? Hubby finished all was proof enough of the success! Yippie! #DerAayeDurustAaye #FinallyCooking My Heart Out!" (You May Also Like: Mira Rajput Kapoor Reveals How She's Keeping Kids, Misha And Zain Entertained And Happy In Lockdown)

There's a popular saying that goes, 'love finds it's way even in the most adverse situations' Divyanka and Vivek's love story stands true to this. Recalling how fate had worked its way into their meeting, in an interview with DNA, Vivek had revealed, "When a co-actor suggested that Divyanka and I should meet as both of us were single, my first reaction was 'What!' I had never thought of having an arranged marriage because I feel in today's times you need to take your time, know a person and not rush into it. But he insisted that we at least go for a coffee and we did. We had met with the perspective of seeing others as a life partner and in the first meeting itself, I was largely convinced that she is the one for me. But I decided not to be hasty about it." Well, that was how their first meeting had commenced and the rest is history! (Also Read: Neetu Kapoor And Riddhima Kapoor's Emotional Posts For Late Rishi Kapoor Will Leave You Heartbroken) 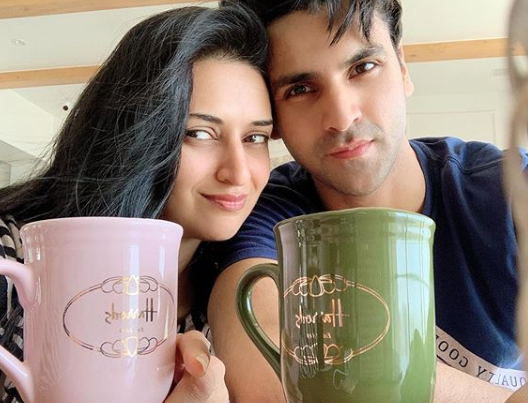 Do you also click candid, embarrassing pictures of your partner? Let us know!