Itti Si Hansi, Itti Si Khushi, Itna Sa Tukda Chand Ka, Khwaabon Ke, Tinkon Se, Chal Banaaye Aashiyan… It is not just the four walls that make a house, home. But it is the love, warmth and hard work put in to create a comfort and happy zone, where one can crash after a long tiring day at work. Especially for a couple, making a ‘home’ of their own not only requires hard-earned money but also the 24/7 research for the designs of the rooms, frequent shopping trips to buy stuff and much more. Celebrities surely know how to live life king size and their homes are proof of it. And today, we bring to you the enviable home of television lovebirds, Divyanka Tripathi Dahiya and Vivek Dahiya. (Also Read: Amitabh Bachchan And Jaya Bachchan's 100 Crore Worth Home, Jalsa Exudes Royalty, Take An Inside Tour)

It was on July 8, 2016, when Divyanka Tripathi had added the surname ‘Dahiya’ to her name post her wedding with Vivek Dahiya and since then, they have been swooning us over their ‘match made in heaven’ chemistry. It has been more than 3 years since Divyanka and Vivek have been enjoying their marital bliss and they have created their own little world of ‘happily ever after’. Let us take you on an inside tour of Vivek and Divyanka’s ‘la la land’. 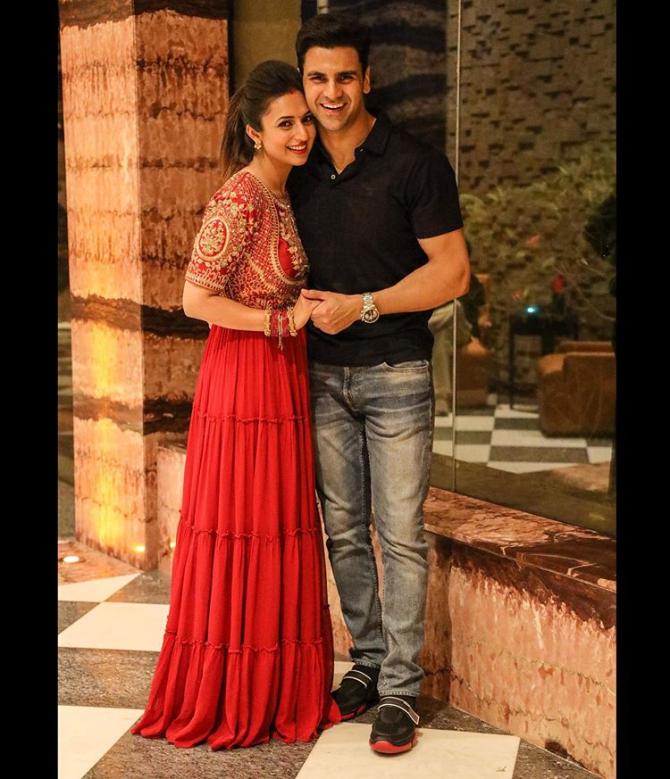 While Divyanka Tripathi Dahiya hails from Bhopal and Vivek Dahiya hails from Chandigarh, the lovebirds are settled in Mumbai, courtesy their work commitments where they had bought a 3 BHK apartment. Spread in 1260 sq ft area, Divyanka and Vivek’s home has a gold and white theme and is beautifully designed with royal furniture. Divyanka and Vivek also have a special corner assigned to their trophies i.e., a wall of fame that reflects their professional achievements. Also, there is a space for meditation and their home also has a small temple. The white and golden theme of Vivek and Divyanka’s home speak volumes of royalty and it was designed exclusively for the couple as per their taste and preferences. Here’s an inside sneak peek into Divyanka and Vivek’s abode: 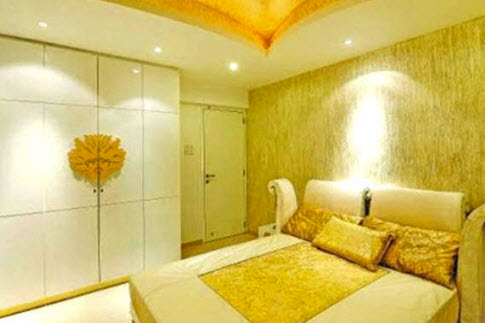 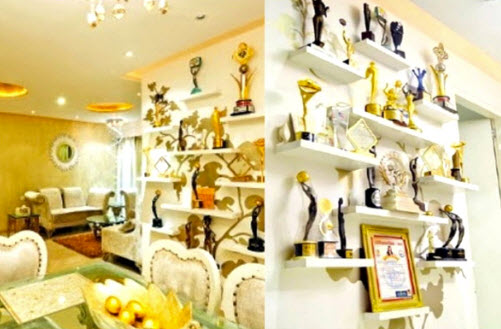 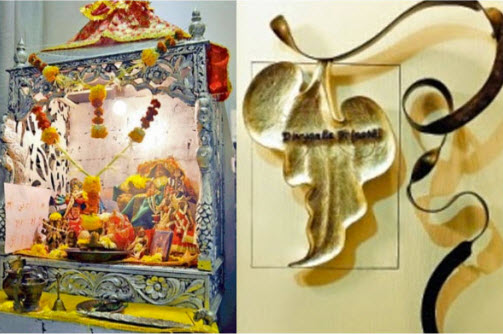 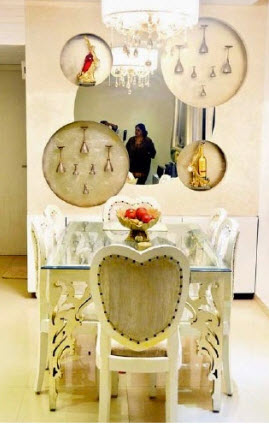 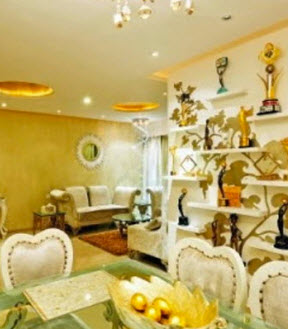 Ever since a couple takes their relationship to the next level and gets married, every first in their lives becomes super-special and important. From the first get-together or function you attend as husband and wife, first birthdays/anniversary, the first time you cook for one another, first vacation to the first major thing you buy together, be it a car or a house, living and sharing every moment of your life together is a different game altogether. It was in October 2018 when Divyanka and Vivek had purchased their first luxurious car together and had given their fans a glimpse of the same. (Also Read: Gauri Khan Gives A Never-Seen-Before Peek Inside Mannat, Shah Rukh Reveals What Makes Home Beautiful) 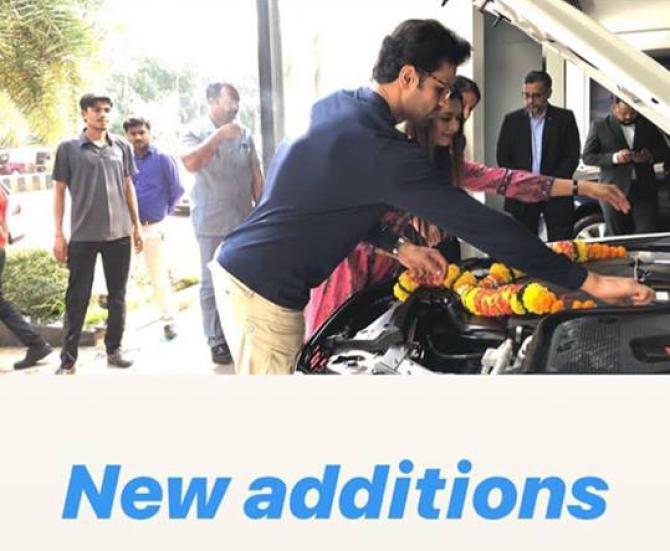 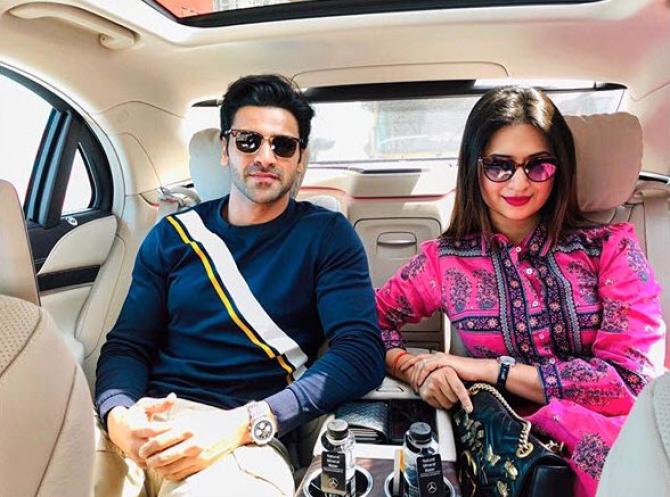 Divyanka Tripathi had begun her career in 2003 but rose to fame with Banoo Main Teri Dulhann in 2006, and since then, there has been no looking back for the actress. On the other hand, Vivek Dahiya had begun his career in 2013 and rose to fame with Ek Veer Ki Ardaas...Veera and Ye Hai Mohabbatein. It was on Ye Hai Mohabbatein only when Vivek had found the love of his life, Divyanka. It is quite often when Vivek’s fame is compared to Divyanka’s fame and reports are also rife that her celebrity status causes differences between the lovebirds. In an interview with The Times of India, Vivek Dahiya had clarified such baseless reports and had poured his heart out on how his wife, Divyanka Tripathi Dahiya inspires him. Vivek had stated, “Divyanka inspires me as an actor, as she has made it on her own. She hails from a small town and joined the industry over a decade before me. There is no competition or insecurity. These rumours are a work of fiction. We are so happy together that detractors want to pull us down. I find it stupid to even comment on my marriage or being compared to her. I am confident as an actor and am growing every day. Divyanka is supportive and both of us want to have our own journey as artistes. We don’t discuss work at home unless we feel the need to. What works for us is the fact that there is no communication gap. We don’t have any reservation about sharing our deepest thoughts with each other, we are transparent.” 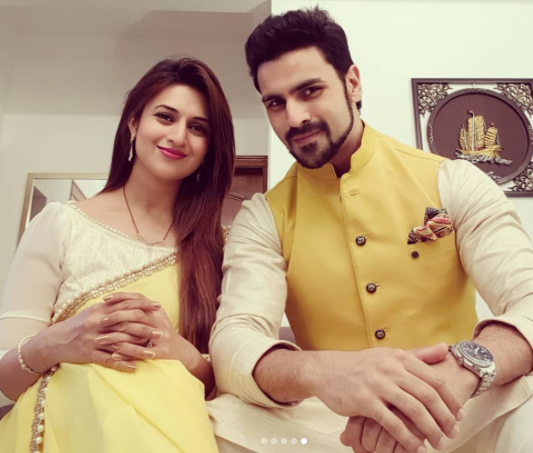 In an interview with SpotboyE, Divyanka Tripathi Dahiya had revealed who is the in-charge when it comes to making decisions and when asked if she is the dominating partner, she had retorted, “No, we can't say that it depends on the difference of opinion. If it comes to household, I dominate. If it comes to other things like dealing with people, money matters, et al- he takes charge.” Speaking about the fights in their relationship, Divyanka had elaborated, “Yes. But we are very communicative in our relationship. We speak to each other about it rather soon, if he's hurt or finds something wrong and vice-versa. At the end of the day, we must resolve it. When communication stops, mind takes over and plays games. It is not tough to resolve issues if you talk to each other.” And who takes a step back in the fight, Divyanka had replied, “Vivek is very supportive, he is more patient than me. I am always stressed out; I tend to react. But, I am changing- woh thehrav mujh mein aa raha hai.” (Also Read: Arpita Khan And Aayush Sharma's Plush Apartment Gives Pinterest-Worthy Vibe, Take An Inside Tour) 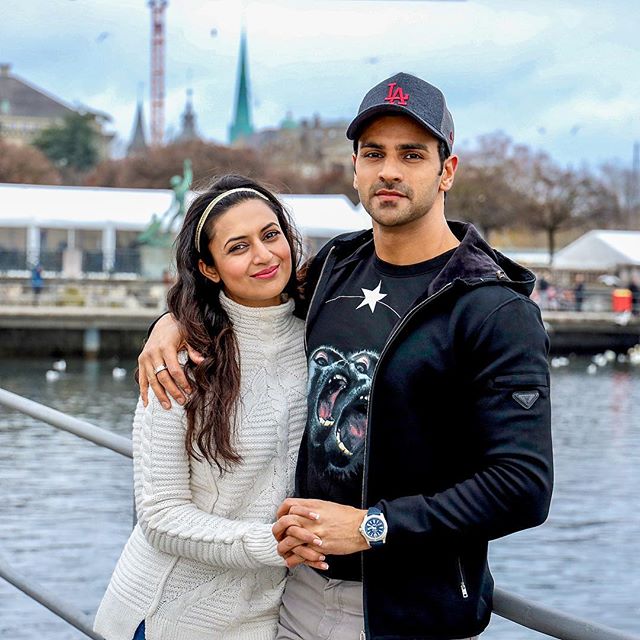 How did you like Divyanka and Vivek’s aashiyana? Keep us posted!