From the past three years, there have been rumours of Disha Vakani's comeback on 'Taarak Mehta Ka Ooltah Chashmah' but no confirmation. However, a recent picture of her with Dilip excited her fans.

It is often said that an avid reader or a book lover relates to and loves a fictional character so much as it hibernates them from the world of chaos and takes them to a different world. Similar is the situation with someone, who loves to binge-watch shows and for them, their world seems to come to an end when they finish a series or their favourite character leaves the show. For them, the show is ruined once their favourite character leaves and something similar happened with Taarak Mehta Ka Ooltah Chashmah fans. It was more than three years ago when Daya Jethalal Gada a.k.a., Disha Vakani left the show on a maternity break and since then, there have been speculations of her return on TMKOC but every time, it proved to be just a rumour. (Also Read: Disha Vakani To Dilip Joshi: Meet Real-Life Families Of The Cast Of 'Taarak Mehta Ka Ooltah Chashma')

When Disha Vakani had embraced motherhood in 2017, she had taken a sabbatical from her show, Taarak Mehta Ka Ooltah Chashmah. Her fans have been missing her since then and though the show is airing, the charm and fun isn’t the same after Disha’s exit. While her fans were hoping her to quickly return after her maternity break, it got stretched so much that it has been more than three years now since she had left the show. Despite several speculations and interviews of the makers of the show, nothing ever got confirmed of her comeback on TMKOC. 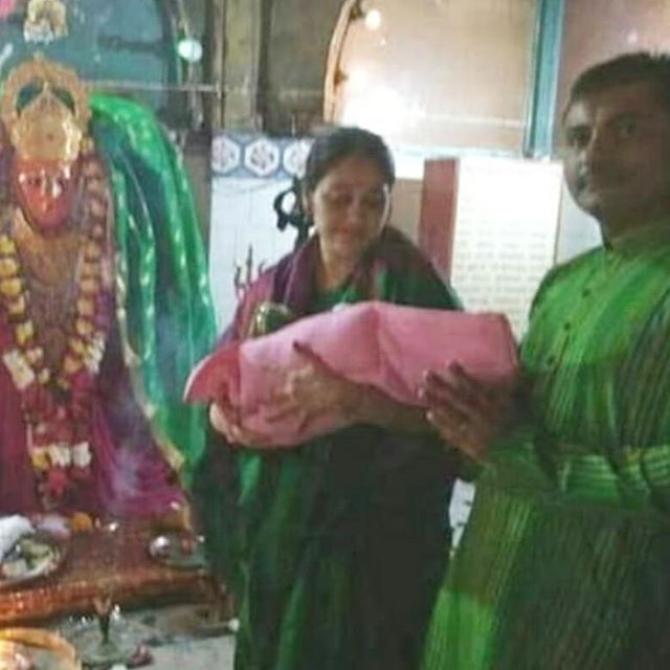 Even in September 2020, before Navratri, a Pinkvilla report had quoted a source as saying that the makers are planning to bring back Disha Vakani on the show before Navratri or maximum before Diwali. Navratri and Diwali came and went by, but still no sign of Disha’s comeback on Taarak Mehta Ka Ooltah Chashmah. However, a picture of Disha with Jethalal Champaklal Gada a.k.a., Dilip Joshi, Babita Krishnan Iyer a.k.a., Munmun Dutta and show's producer, Asit Kumarr Modi is circulating on social media and it has excited the fans of her possible return on the show. Their selfie has piqued curiosity and excitement if Disha will be making her comeback finally on the show. 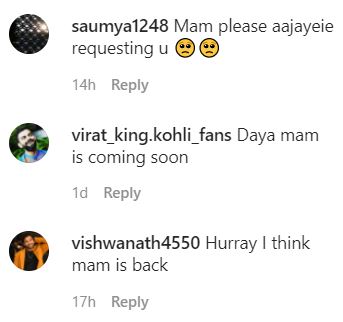 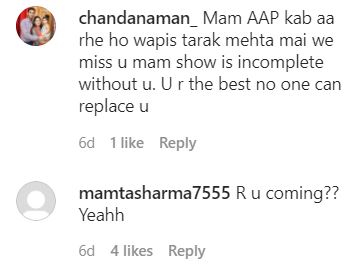 When the reports of Disha Vakani’s return on Navratri and Diwali 2020 had emerged in the media, another report had stated that she might not return on the show until a vaccine for COVID-19 is introduced. This is also because Disha has a toddler at home and she wouldn’t want to take any risk given the current pandemic situation. (Also Read: When Rishi Kapoor Revealed How Working In Double Shifts With Neetu Singh Had Made Them Fall In Love) 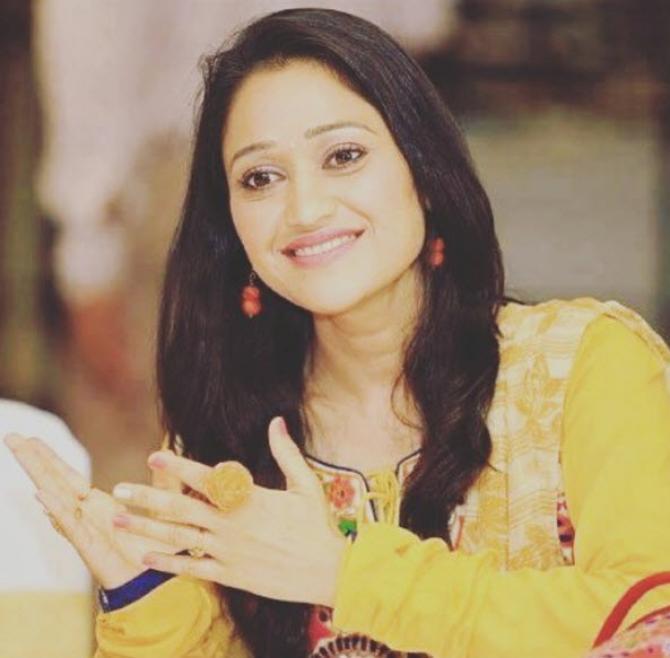 A few months back, when the reports of Disha Vakani’s permanent exit from the show, Taarak Mehta Ka Ooltah Chashmah, had emerged in the media, it had come as a dampener for her fans. According to a BollywoodLife report, when they had contacted the show’s producer, Asit Modi, he had texted them by saying, "Can't say about the authenticity of that news. I don't know." On Disha's permanent exit, he had continued, "Maybe true. I don't know about the final decision. My team is talking with her." To dig further, they had also contacted Disha's sister-in-law, Hemali Vakani, who had then retorted, "It is a too personal question to answer." Soon after, a SpotboyE report had quoted an insider saying that Disha Vakani’s return on the show is dependent on certain conditions. Stating the same, the insider had shared that she can't be the 'My Way Or The Highway' types. The source had also revealed that the major differences between producer, Asit Modi and Disha Vakani were created by her husband, Mayur Pandya, who had started interacting with the production house (Neela Tele Films) on his wife's behalf. (Also Read: Karan Veer Mehra's Wedding Festivity Kickstarts With 'Shagun Ki Mehendi', Twins With Fiancee, Nidhi) We hope this time Disha finally makes a comeback on the show as her fans are eagerly waiting for it to happen! When you are so addicted to a television show or web series that you had followed every episode and binge-watched every season, you often start relating to the characters. For some, the show is all about their favourite character and when that actor quits the role, the show for them