Dipika Kakar opens ups about always failing to keep an eye on boiling milk, and how hard it is to clean the mess of the spilt milk. Check out the video inside!

No one had guessed that the TV show, Sasural Simar Ka was paving way for a possible romance between the actors in the lead roles of the same! Dipika Kakar and Shoaib Ibrahim had fallen in love with each other while working together and after dating for a while, the couple had tied the knot in a nikaah ceremony on February 27, 2018. Since then, we are witnessing their cute and adorable PDA moments on their respective Instagram handles. (Recommended Read: Kanika Kapoor Enjoying A Warm Cup Of Tea With Family In Lucknow After Defeating Coronavirus Pandemic)

The lockdown has forced everyone to stay in their homes and indulge in household activities and not surprisingly, the celebrities are having a hard time adjusting to the same. Television actress, Dipika Kakar is quarantining with her family and has resorted to kitchen duties. Let's find out what is she struggling with, in the kitchen! 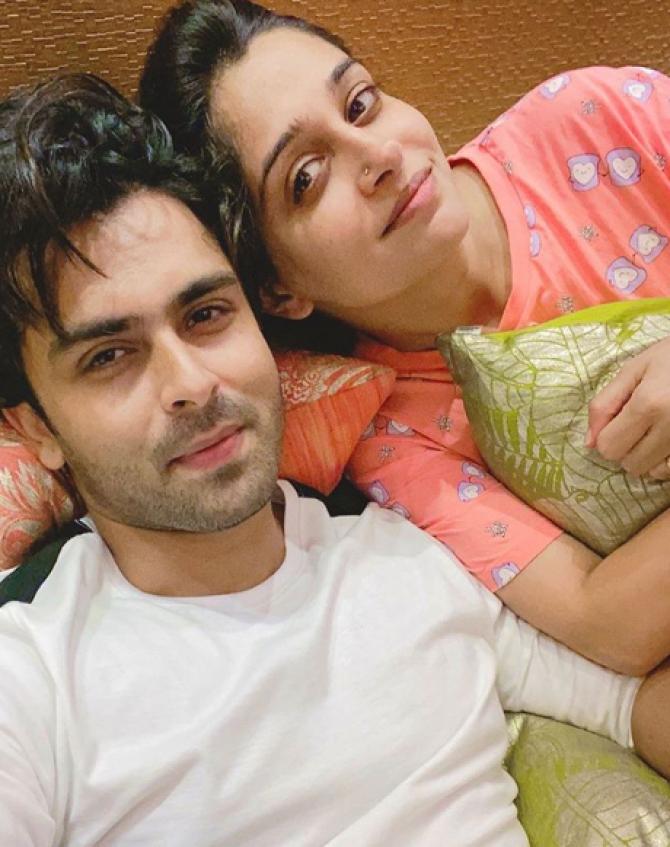 We got hold of an adorable video of Dipika Kakar struggling to clean the mess in her kitchen created by spilling of milk, wherein she can be seen trying hard to scrub the stains and her sister-in-law, Saba Ali Khan is making the video. Saba can be heard talking about how tricky a task is, to boil milk as it spills over in the blink of an eye and there's nothing you could do about it. She says, "Toh ye dudh gir gaya tha, jaise sabse gir jata hai, savdhani hati durghatna ghati wali bat hoti hai." To which, Dipika replied, "Mere sath toh 90 per cent of the time hota hai ki mai khadi hu aur mai dekh rhi hu ki han dudh ubalne wala hai aur just us time pe mai busy ho jati hu." Dipika looked like a typical bahu, in a green suit and a white dupatta over her head. Have a look at the video here:

The month of Ramadan has started and Bigg Boss 12 winner, Dipika Kakar is also enjoying the same with her husband, Shoaib Ibrahim and family, and had shared some beautiful pictures from her first sehri. Dipika had totally nailed the no-makeup look and had looked very pretty in those pictures. Clad in a white suit with a white dupatta over her head, she had looked mesmerising. She had taken to her Instagram stories and had shared those pictures with husband, Shoaib and had written, "First sehri, Ramdaan vibes." atop it. Even Shoaib had also taken to his Instagram stories to flaunt his gorgeous wife by posting pictures of themselves together. While Dipika had looked flawless and radiant as ever, her husband, Shoaib had looked dapper in a traditional white kurta. Have a look at the beautiful pictures here. (You May Also Like: Karan Patel Shares An Adorable Picture Of Him Playing With His Daughter, Donning Her Frill Skirt) 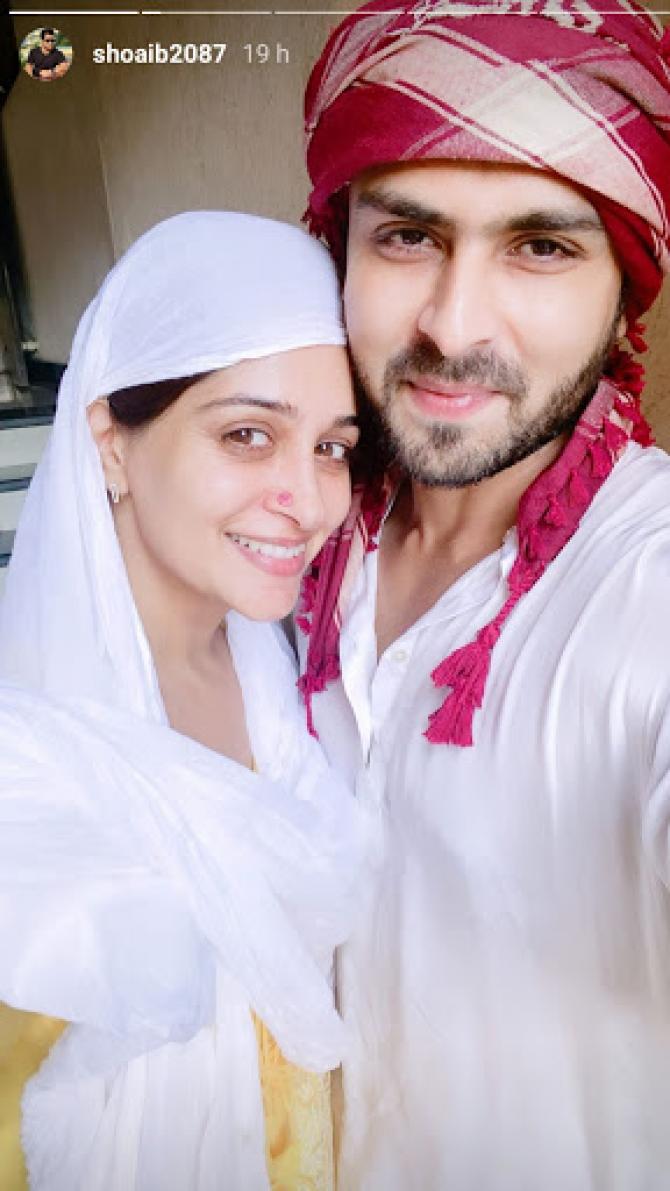 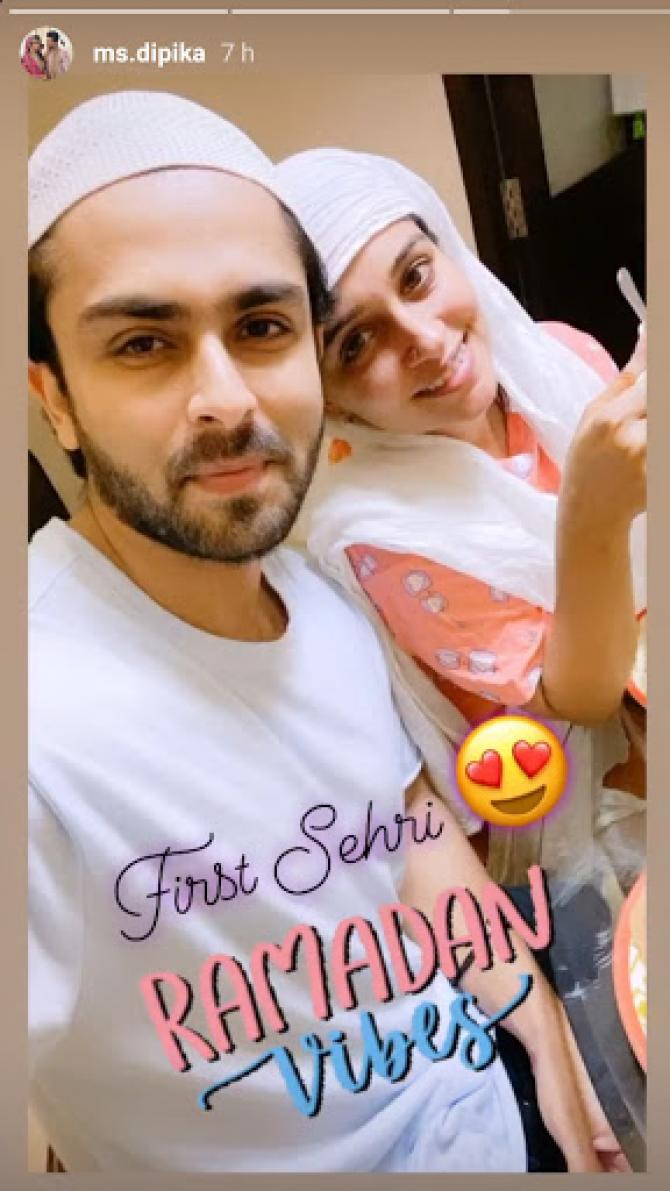 Adored by her in-laws, the lovely daughter-in-law, Dipika never leaves a chance to express her love and admiration for them. On April 23, 2020, Dipika, had taken to her Instagram handle and had shared a picture with hubby, Shoaib Ibrahim, and her mother-in-law. In the picture, Dipika could be seen hugging her mother-in-law while Shoaib was resting his head on Dipika’s shoulder, while her sister-in-law, Saba had clicked the picture. Along with the picture, she had mentioned how blessed she is to have such a loving family. Her post can be read as “In muskurahaton se badhkar ab aur kya maangu uparwale se.... Apne khazaane ka ye sabse keemti zewar usne hume de diya hai. @saba_ka_jahaan was clicking it so is not in it. This pic is incomplete without her.” (Also Read: Karanvir Bohra And Teejay Sidhu Praying With Bella And Vienna Proves That 'Love' Has No Religion) Do you also struggle in the kitchen while boiling milk? Let us know!