Here is a look into Dhirubhai Ambanis almost 100 years old ancestral home in Chorwad, Gujarat, which is now a memorial house. Pictures inside!

The man, who had left a significant impact on society with his life journey, Dhirajlal Hirachand Ambani, known as Dhirubhai Ambani was born on December 28, 1932. While he had started off his professional life as a mere errand runner, soon he had used his business wisdom to start a small firm in Yemen. With his hard work, he had created Reliance Industries, which has over the years, made a mark of its own in the business world and continues to be one of the biggest multinationals. Dhirubhai Ambani is the reason why the ‘Ambanis’ are one of the most reputable families of India. It was his vision because of which a company that had started with a one-room setup went on to rule the business world.

We all have heard a lot about Dhirubhai Ambani’s life story, even Abhishek Bachchan and Aishwarya Rai Bachchan starrer Mani Ratnam's film, Guru was loosely based on his life. We have seen his wife, Kokilaben Ambani’s role in his life and how she had never let their success and money pollute his mind and affect their humbleness. Today, we are going to talk about Dhirubhai Ambani’s ancestral home in Chorwad, Gujarat, which is now a memorial house. 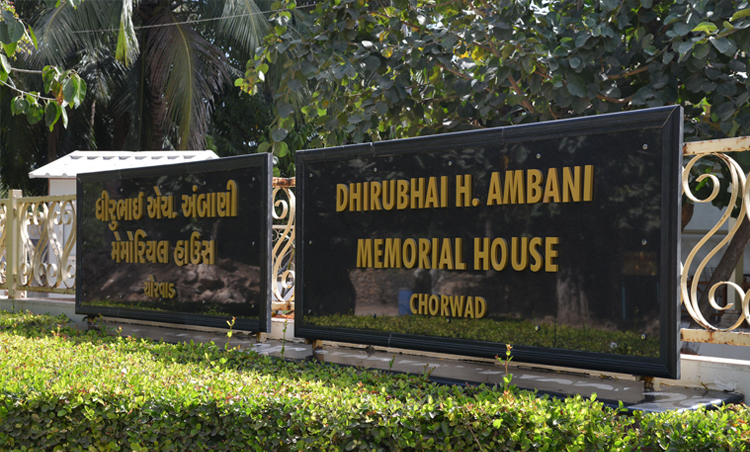 Also Checkout: Before 27-Storey Antilia, Mukesh And Nita Ambani Used To Live In 'Sea Wind' With His Brother, Anil

The two parts of the memorial house 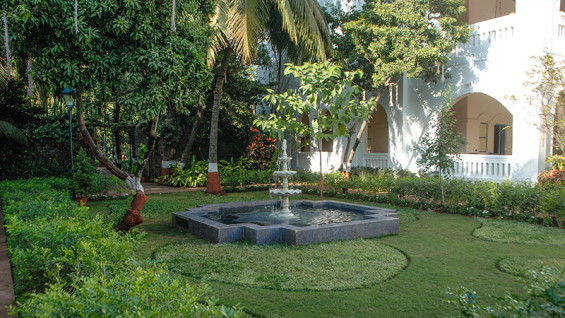 Dhirubhai Ambani Memorial House is almost 100 years old and while restoring it, the biggest problem was to keep the work in a manner that stays true to the original design of the house. The building has been divided into two parts, where one part is for private use, where Kokilaben Ambani still visits. On the other hand, the remaining part of the house is open to the public and has a separate entry and exit point. The garden has been divided into 1 public area and 2 private areas, one as a courtyard and the other as a coconut palm grove. 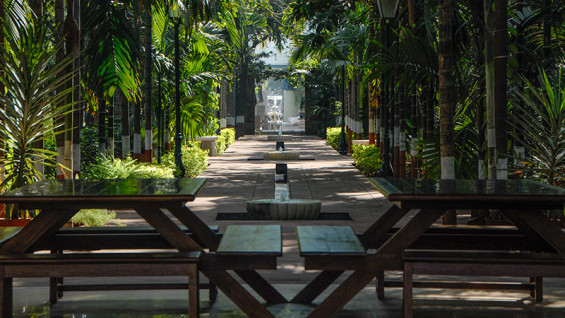 The private courtyard has been restored keeping its historic value intact. Some additional features have been added to it, in order to recreate the original grandness of the building and gardens. The original trees have been kept, nurtured and maintained along with the newly planted shrubs and hedges. Initially, the plan was to keep the courtyard fully paved with trees for practical purposes only. Now, the site has been restored into a peaceful environment with the central feature of a Mughal style fountain fitted in the style of the building, keeping arch and balusters in mind. The original trees of the coconut palm grove have been restored and are complemented with a pathway, which has a dirt path before the restoration work. To make the building more elegant, a Mughal influenced red Mandana stone pathway with rill and a series of lotus pod inspired fountains has been created. The rill was inspired by the original pathway, which was divided by a small stream so that the irrigation of the palms can be done smoothly. Thus, a thin stream of running water was recreated as a reference to the past and a way to connect the two parts of the estate together. 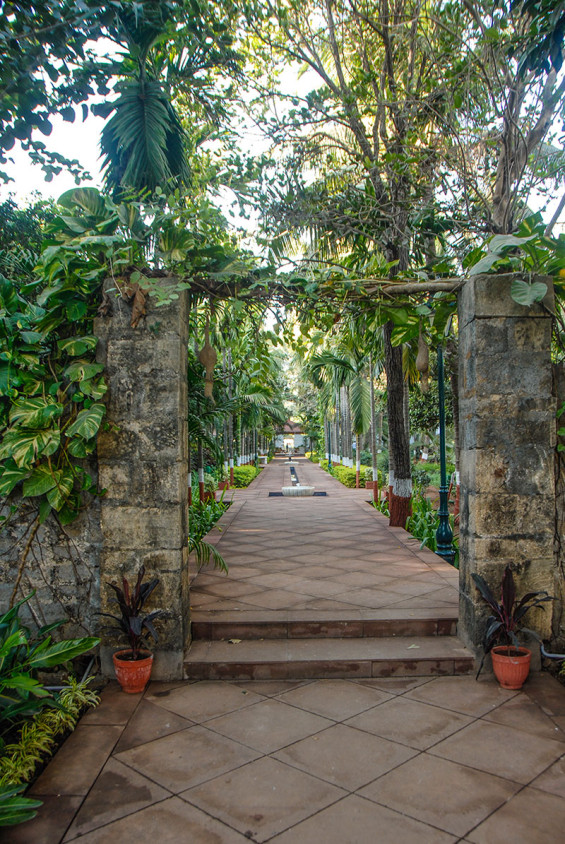 The coconut palm grove area looks surreal at night as the fountains are lit and the palm trunks add an architectural balance to it. At the end of the pathway, a gazebo has been created so that visitors can relax and have lunch under the shade of the grove, enjoying the cool and calm atmosphere. 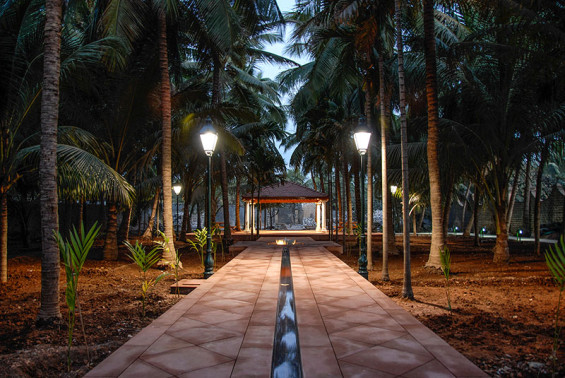 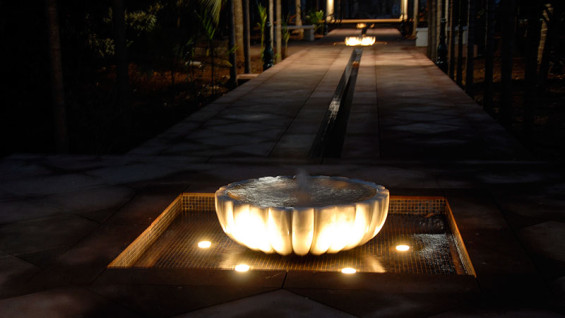 The original walls and plants have been saved and reinstated. Some walls have been left in their original condition like the entry to the private palm grove. There you can witness the original walls that are covered in the climbing plants and one can also spot hanging nests of the Baya Weaverbird. Kokilaben Ambani's memories when she lived in Gujarat

"When I rewind to my earlier years, a number of anecdotes come back like the time when I was in Chorwad (in Gujarat) living there after my marriage. Dhirubhai had written a letter to me from Aden, which said, Kokila, I have bought a car and I will come to fetch you in that car. Can you guess what is the colour of the car? He then added, 'it is black, like me.' I liked his sense of humour the most. He came to pick me up in that car when I reached Aden. So it was a bullock cart at Chorwad, car at Aden and plane and helicopter in Mumbai."

Also Read: Life Of Dhirubhai Ambani With His Wife, Kokilaben Ambani: How He Had Encouraged Her To Learn English 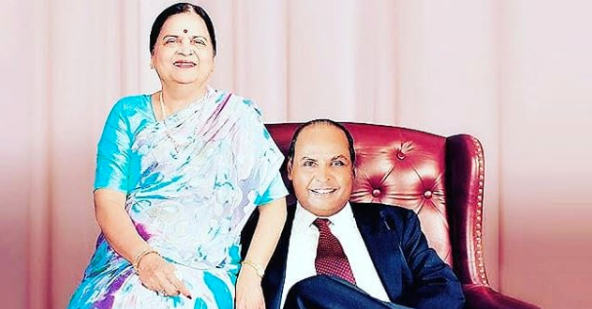 How she wished things to be different in terms of technology and science back then as compared to now, Kokilaben Ambani had added:

"Often, I would wish I were born late in the world, so that I could have reaped the benefits of new inventions in science and technology. I sometimes rue that when I was in Chorwad and Dhirubhai in Aden, letters exchanged between us would reach so late. It would have been so much better in the age of rapid communication. Again, when I was going to Aden by steamer, I was alone, longing for my parents and siblings. I often think if I had a mobile then...I do use the computer, i Phone with ease now, but I want to learn to make a greater, more efficient use of the computer." In 2011, Kokilaben Ambani had conducted her first-ever press conference at the ancestral home of Dhirubhai Hirachand Ambani to talk about the rivalry between her sons, Mukesh Ambani and Anil Ambani. She had mentioned that her sons' enmity had ended and they are growing stronger. She had said:

"There is love among the brothers. How do you think they are coming together tomorrow? Hum sab saath hain.”

For Dhirubhai Ambani and Kokilaben Ambani, their ancestral home and Chorwad, Gujarat hold a special place as they had spent their earlier life there before going to Yemen. Reliance Industries will always come forward for the development of the native place of Dhirubhai.

NEXT READ: Nita Ambani Revealed Why The Ambani Family Lives At The 27th Floor Of Their Luxurious Home, Antilia